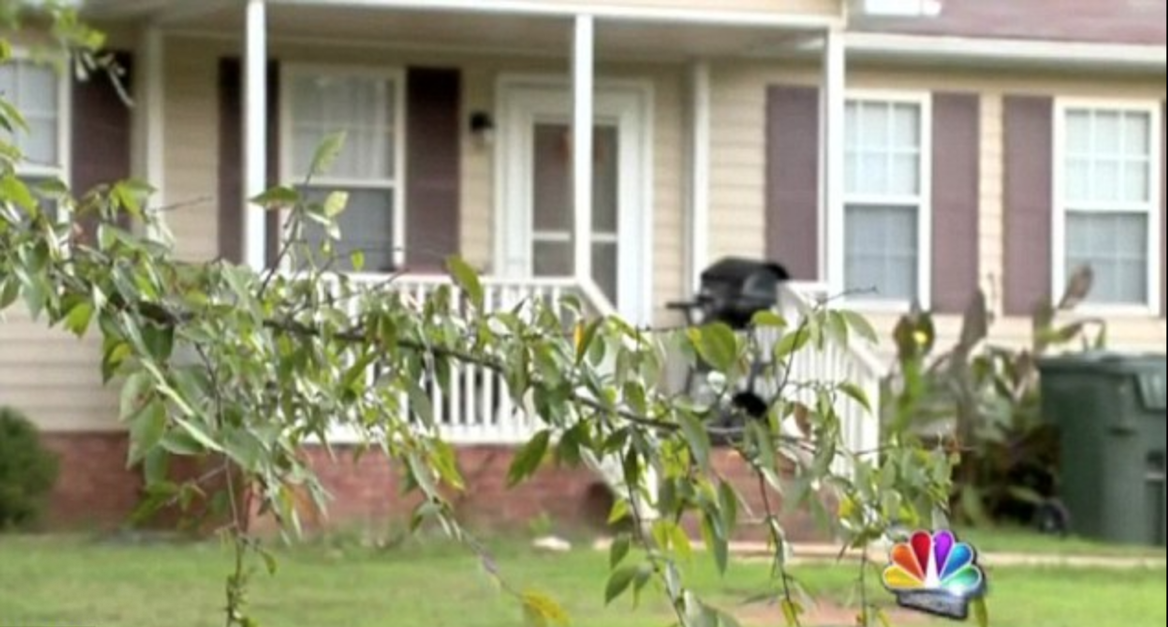 It was like a horror movie coming to life. A part of her even wondered if she was having a very lucid nightmare. There was no other way she could explain what was happening. But it was not fiction. He had been there, in her house, for who knows how long without her having the slightest clue. And when the full implications of this fact started to dawn on her, she couldn’t help but panic.

Pillar Of The Family

Even before this incident, life hadn’t been easy for Tracy. She was a single mother of five living in Rock Hill, South Carolina. Throughout her life, she had struggled to make ends meet and provide for her family. Some of her children were grown now, but they all lived together in the family house to cut down on costs. Despite their circumstances, they had a happy home life. But then something started happening that threatened all of that.

The Sounds From Upstairs

One September day, Tracy started hearing strange noises coming from the attic. The first thing she thought was that there might be an intruder, but she was always very careful about locking all doors and windows. She did this as a precaution because they lived in an impoverished part of town and break-ins were quite common. She didn’t see any signs of forced entry so she chalked it all up to her imagination. But soon she began to wonder if something else was going on.

Trying To Find The Source

Throughout the following days, Tracy kept hearing random sounds coming from up above. She asked her kids if they had been playing around in the attic, but they all said they hadn’t. She believed them — the attic was dark and musty and not a fun place for kids to play in. She rarely went up there herself, except when she had something she wanted to store. But as the noises continued, she came up with a different theory.

One day, as she was cleaning around the house, Tracy realized the sounds in the attic were also moving from one room to another. Then it came to mind that the strange noises might very well be coming from a possum or raccoon that had somehow found its way inside her house. She figured she would need to call Animal Control. However, it was a Saturday, and they didn’t work on weekends. So she decided to wait till Monday. But the presence in the attic seemed to have other plans.

In The Dead Of Night

That night, around 2:30 in the morning, Tracy was awakened by creaking sounds in the ceiling. But this time, she also heard soft thumping sounds on the floor of her own bedroom. She looked down from her bed, and in the dim light of night, she saw a number of nails scattered on the carpet. She realized the nails were popping out from the ceiling boards. Her heart stopped — this was no possum or raccoon.

Could It Be Paranormal?

Tracy recalls thinking “there was some poltergeist stuff going on.” She was too terrified to go to the attic to investigate, so she threw the blanket over her head and tried her hardest to go back to sleep. But she knew she had to do something about whatever entity was occupying her attic. She couldn’t keep living like this. The next morning, she took action.

Getting To The Bottom Of It

In the morning, Tracy was relieved to find out her nephew was visiting her two adult sons in her house. The presence of the three young men made her feel comforted. She told them about the noises in the ceiling and asked them to check out the attic. The men walked upstairs while Tracy waited right outside the attic door in the hallway. None of them were prepared for what they were about to find.

Once the young men were inside the attic, they realized something was very wrong. A strong, nasty smell hit them immediately and they saw garbage strewn all around the floor. The old coats and jackets that Tracy kept up there for storage were all packed up in one corner of the room, near the heating unit. And then they saw it — it was a body.

As soon as the men started moving around the attic, the body in the corner stirred. Apparently, he had been sleeping there before they came upstairs. He looked at them and they looked at him, and they all froze in surprise for a few seconds. Then the man jumped up and rushed past them toward the stairs. Tracy caught a glimpse of him as he escaped, and she had a terrible realization — she knew that man.

The family called the police, but the man was long gone by the time they arrived. But that was not the worst part. Tracy recognized the intruder. Over 12 years ago, he had done some housework for the family and Tracy and him dated for a brief period of time. But he had a history of criminal behavior, so Tracy broke up with him. The man didn’t take the break-up well, and so he retaliated.

Couldn’t Get Rid Of Him

The man wanted to get back together with Tracy, but she refused. Then one day, he stole her truck. He was later caught and sent to prison. But while he was locked up, he kept harassing Tracy. He sent her letters telling him he had changed and begging her to take him back. After he was released, Tracy heard the rumor that he had moved to Charlotte, North Carolina. But she found out the truth in the worst possible way.

Police responded to the call and searched the attic where the man had been found. It appeared he had been living there for a couple of weeks. “He had packed all the old coats and jackets into the heating unit and was sleeping in the heating unit,” explains Tracy. They also found a number of plastic cups where he had been relieving himself, which explained the bad smell. But an even scarier discovery soon was made.

Investigators discovered that the intruder had rigged the air vents on the ceiling so he could look down into Tracy’s bedroom. Tracy couldn’t contain her horror at the thought of his spying eyes. “It’s got me flabbergasted,” she said in an interview. “How can you look at someone through an air vent?” What was worse, they still had no idea how he got inside the attic, as the only door that led there was in the hallway between her kids’ bedrooms. And the threat remained.

Despite police knowing his identity, the man was able to evade authorities and remained at large. Days later, Tracy thought she saw him again near her home, but police weren’t able to find him. She wants justice. “I want him to be charged with it,” she said. “It could be somebody else he does the same thing to, but she might not be so lucky.”
Must Read
Genome Studies Manage To Find A New Branch Of Fungal Evolution
European Space Agency Budget Increases By 10 Billion For The Next 3 Years
Artemis 1 Finally Launches: What It Means For Space Travel And Exploration