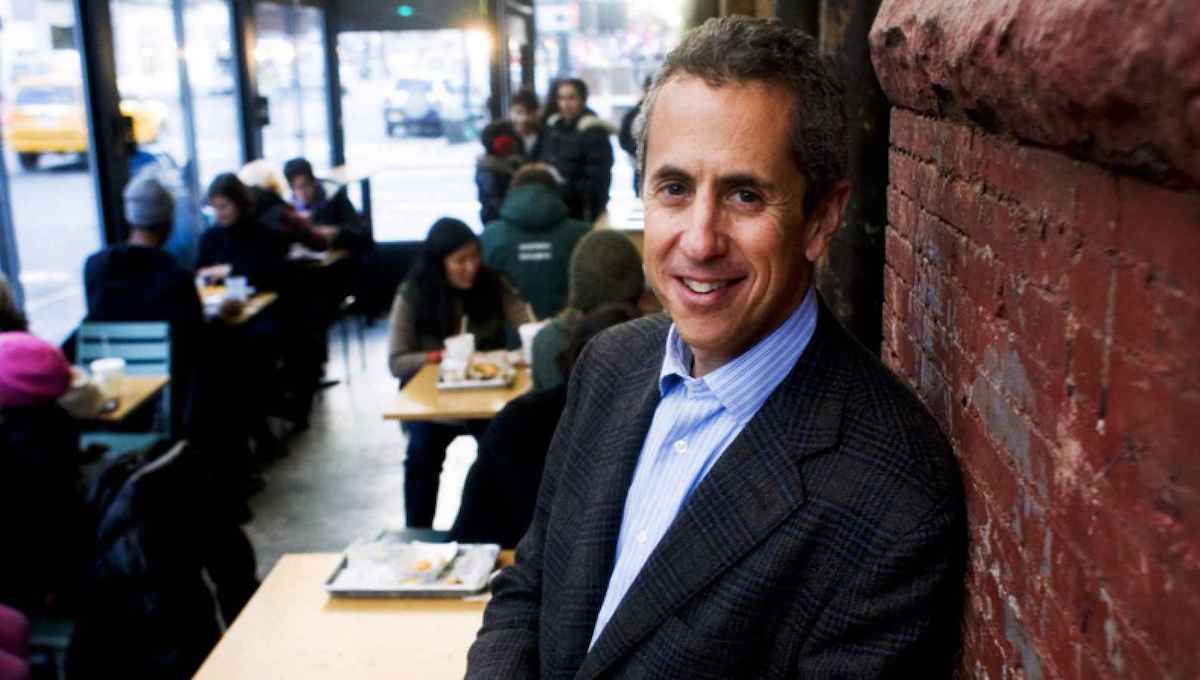 One chaotic Friday evening, a waiter was serving tables. The beautiful weather had encouraged the patrons of the restaurant to eat outside on the patio. He was completely frazzled as he was the only waiter who was working outside. As he continued to serve the tables, he could not help but notice mysterious eyes that were following his every move. The mysterious stranger received his bill and left abruptly. When the server picked the bill up, what he saw had him frantically reaching for his phone.

31-year-old David Fabila was struggling. He lives in Sacramento, California, and was expecting his fourth child. He worked in the evenings at ‘House of Oliver’ in Roseville, a wine bar. On a Friday last August, he knew something was up while he was working his usual evening shift. The bar was packed to the rafters, and David was completely rattled. But things only got stranger from there.

That evening, the temperature was so perfect that people were seated outside, soaking up the balmy weather. Friday nights were always chaotic for the House of Oliver staff, and David had been asked to leave bartending and be the night’s server for the outside section. To his surprise, it became busier and busier. Then, suddenly, the mysterious stranger had arrived.

David, trying to keep everything under control, asked management for some help. They were severely understaffed that evening and couldn’t give him a reprieve. David had just come from his other job and was totally exhausted. He was having a rough night. But, what he didn’t know was that he would receive a surprise he did not expect on this hot summer’s evening.

David Fabila was too busy tending to his other tables, so he didn’t even notice when the young mystery man sat down at a patio table outside in his section. Of course, David had absolutely no idea that this one guest, Steffen Berr, would turn his night right around on its head.

David Fabila, whose family was growing, had taken on his second job at the House of Oliver because he had needed extra cash. The service industry is tough and incredibly demanding — it takes a lot of backbone to serve orders all day and at all hours. David also had a day job as a Bar Porter at a Casino Resort, but in all the years he had worked night shifts as a server, he had never expected something like this to ever happen to him.

In the service industry, people don’t understand just how crucial tips are in order for servers to survive — they often live off these tips. While servers are used to people leaving good tips, average tips, And even some downright awful tips, Steffen Berr, the mysterious stranger, had something up his sleeve when he sat down in David’s section.

David was running ragged, not even knowing if he was getting orders right. But the evening continued to become more and more frantic by the second. David didn’t realize that his mysterious onlooker was in attuned to every move he made. Steffen Berr finally finished his meal and was waiting for David to approach him.

David noticed Steffen Berr asking for the check, so he rushed to give it to the mysterious stranger and then moved on to serve another table. There were a lot more guests that needed service. David knew that he had to go and close the bill from the strangers’ table quickly, so he finished up with his other customers and started to head in that direction.

David noticed that the stranger, Berr, had left suddenly when he returned to collect the bill. David thought initially that perhaps he had left the exact cash for the check. But usually, people asked for change or for the credit card machine, but that wasn’t the case this time. When David opened the bill, he found an incredible note and an unbelievable surprise.

“I pulled the check out to close it, and when I pulled it out, that’s when I saw everything. Their bill was very expensive it was like $190-something, that’s exactly the tip they left me.” David explained later. Steffen Berr had left almost $200 in the tip line, which matched the bill. The sum of the bill totaled almost $400. With the bill, there was a note. It read: “We’re young, but we’re worth serving.” David Fabila, in a state of utter disbelief, had to re-read the bill again.

“Unless you work in the service industry, you don’t really understand how much tips mean to a server, to a bartender,” David told CBS. Initially, David had thought this must be a mistake and tried to find the mystery man. He simply could not believe his eyes. Surely the young stranger had made a mistake? David checked and re-checked the figures just to make sure. Then, he began to search for the young man.

Soon after, David had finally tracked down the stranger; Steffen Berr, who was a 24-year-old college student at Sacramento State. They arranged to meet up, and David couldn’t thank him enough. It was a kind gesture that had come just when David had needed it the most. He told Steffen how eternally grateful he was. Then David Fabila Posted on his Facebook wall: “Thank you again to everyone who supported Steffen, and I’m glad this story was told!!! He is so young and JUST AN INTERN who goes to college”.

He’d Been There, Too

Steffen Berr used to work at a diner as a server, so he knew exactly what David must have been going through on that chaotic evening at the Wine bar. He felt that it had been fair and right to reward David for all his hard work. “I’ve been in his shoes before too, I used I work as a waiter in a diner in Texas, so I decided to show him what he did is appreciated,” Steffen Berr later explained to CBS.

The “Tip the Bill Challenge” has become a viral phenomenon, and a lot of people have decided to match their tips to the bill, meaning that their servers receive a 100% tip. In this particular case, however, Steffen wasn’t participating in the challenge. He had no idea that David was struggling financially and was soon to become a new father. He did it because he wanted to fairly reward him for his efforts. Additionally, he also had something that he was celebrating.

Steffen, just completing his senior year of college, wanted to celebrate by doing something kind. “I had this money that I didn’t expect to have so I wanted to share some of that,” he explained. “I didn’t plan on it. It happened. I didn’t know his situation either. I am just really glad I did it. I’m in a position where I have the resources and luck to do this so why not just go for it.” David just could not thank Steffen enough.

“You totally just made everything so much better and like I said, you have no idea what you did for me and what made it so great, that he didn’t know anything about me,” David said when asked what he wanted to say to Steffen after his kind gesture. But just why has the “Tip The Bill” movement become so popular?

Eater estimated that a huge number of people — 40 percent — are unaware that they should be tipping between 15 and 20 percent. This may not sound like much, but it makes a huge difference when you take into account the many people in the service industry who are compensated by law. People expect good service but aren’t prepared to reward it, and the “Tip the Bill Challenge” is a response to this current mindset.

People such as bartenders and servers who are working in the service industry are paid a fraction of the normal minimum wage because they are expected to make up for it with tips. Sometimes they do, and can even make more money, but it is generally unequal across the board. In the United States, there is something called the “tipped minimum wage”, but not many are aware of it. This is why people are calling for a system overhaul.

In 2015, a prominent New York City restaurateur, Danny Meyer, eliminated tipping at all the restaurants he oversees. This indicates that people are starting to become aware of the unfairness involved in the tipped wage. “I just decided — instead of blaming the tipping system for what didn’t seem fair or right, why not take it into our own hands?” Danny said. Perhaps one day, hopefully soon, tipping will be eliminated for good and a servers’ wage won’t depend on the whims of the customer.
Must Read
Genome Studies Manage To Find A New Branch Of Fungal Evolution
European Space Agency Budget Increases By 10 Billion For The Next 3 Years
Artemis 1 Finally Launches: What It Means For Space Travel And Exploration