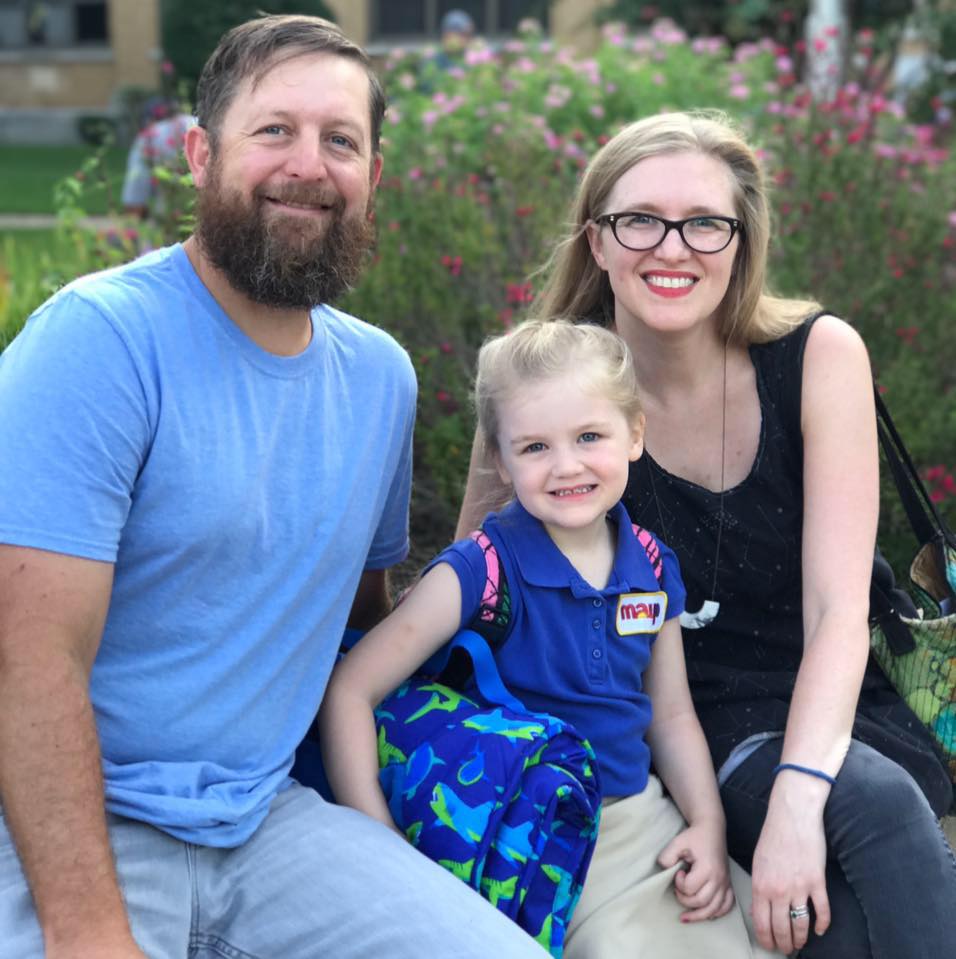 It wasn’t something Briana Hefley Shepard could have ever imagined, despite having such close ties to the community around her. A native of Tulsa, Oklahoma, she grew up in that city. Her parents owned a construction company, Alrac Electric, whose shop was located in the Pearl District, east of downtown. For 30 years, the Hefley family watched the area go from rundown and crime-ridden to hip, young, and promising. And that meant changes for them, too.

Alrac Electric was a family business through and through. Owned and operated by Briana’s parents, it also employed her husband, Brent, as an electrician. Briana herself was an English as a Second Language teacher, but most of her classes were in the afternoon. So she spent her mornings at the office, helping with any tasks that came along. And they needed all the help they could get when it was finally time to move shop.

Luckily for the Hefleys, business was never lacking for Alrac Electric. And when the neighborhood began growing and developing, things got even better. But that came with its own challenges. Briana’s parents wanted to expand the shop and warehouse space, but there was no more room in their building to do so. So, after 30 years, they decided to move the business out of the Pearl District. Briana had no idea of the chain of events this would unleash.

In 2014, Alrac Electric opened their new location on South Victor Avenue. The building was a hundred years old, but there was room to spare. And it was not too far from the original location. So the Hefley and Shepard families went back to their routine. And Briana started bringing her two-year-old daughter, Rio, to the office every morning. You might not think a construction company is a fun place for a toddler — but you’d be wrong.

The company’s new building was right next to the railroad tracks, which saw a lot of activity from both passenger and freight trains. Little Rio soon took notice of the spectacle. “We get a front row seat to all of the locomotive action,” says Briana. “My daughter lives for it.” Every morning, Rio would stand on the windowsill and wave enthusiastically at the passing trains. And she wasn’t the only one who enjoyed this routine.

The Feeling Was Mutual

“It didn’t take long for the conductors to notice her waving to them and for them to return those waves,” remembers Briana. “As time progressed, it became their ritual. They’d blow their whistles, she’d run to the window, they’d open their windows, and everyone would wave and smile ear to ear.” For Briana, it was a fun thing to watch, especially since it made her daughter happy. But she didn’t think much else of it — until three years later.

One September morning in 2017, Briana walked into the office like every other day. Only minutes later, she heard a knock on the door. There was no one else at the shop yet, so she opened it. “It was a man in a bright yellow shirt with earplugs hanging down,” she recalls. “I assumed he was a construction worker coming to talk construction.” But when the man started talking, she realized he was there for a completely different reason.

A New Chapter In Her Life

Three weeks earlier, Rio – who was now four years old – had started going to school. This meant that she’d no longer get to greet the passing trains every morning. But the train conductors didn’t know that. On the first day without Rio at the office, Briana heard the whistles as a train passed by. She felt bad that Rio wasn’t there to wave, so the next day she made a sign that said: “She started school.” She placed it on the window and forgot all about it — until that September morning.

Wondering Where She Was

The man at the door of the shop was no construction worker at all — he was a train conductor. “He was there to ask about the little girl with the blonde hair that waved to the trains,” said Briana. He and the other conductors had all been wondering why they hadn’t seen her for three whole weeks. They had also seen Briana’s sign, but they were too far away to make out what was written on it. So they had sent someone to find out. Briana couldn’t contain the tears.

“He said that her waves had made their days,” Briana recalls. “For three years they’d shared these moments.” Briana was so moved by this confession that she started crying. And then the man made a touching request. “They want to do something for her; they miss her. He asked if they could send her something.” And it turned out to be their lucky day.

Rio was about to turn five in just a few weeks. So Briana told the train conductor they could send her a birthday present. She also invited them to her birthday party. They couldn’t attend, but they did drop off a few train-themed presents just like they promised. “We enjoyed a small backyard party with a few family and friends and lots of train-themed activities for the afternoon,” said Briana. But the craziness wasn’t over.

Overwhelmed By The Response

Briana was so touched by the interaction with the train conductors that she wrote about it on Facebook. She did not expect it to blow up as it did. “It was overwhelming and amazing,” she recalls. “For the first time EVER, I didn’t see any negative comments on a viral post; it was all beautifully positive.” And then something even more incredible happened.

Briana started getting contacted by news outlets all over the country, both big and small. But she had her doubts about the media exposure to her daughter. “I only communicated with Good Morning America, but in the end, I didn’t feel right about sharing her story with the world any further in that manner,” she explains. That said, she believes the anecdote resonated with so many people for a very good reason.

“Witnessing their unconventional friendship over the past several years has been nothing short of magical,” wrote Briana on her blog. “To know it impacted them just as much as it impacted us fills me with love and hope. The visit today and their ongoing kindness to my daughter has reaffirmed my faith in goodness and humanity. These are moments we’ll always remember.”
Must Read
Genome Studies Manage To Find A New Branch Of Fungal Evolution
European Space Agency Budget Increases By 10 Billion For The Next 3 Years
Artemis 1 Finally Launches: What It Means For Space Travel And Exploration