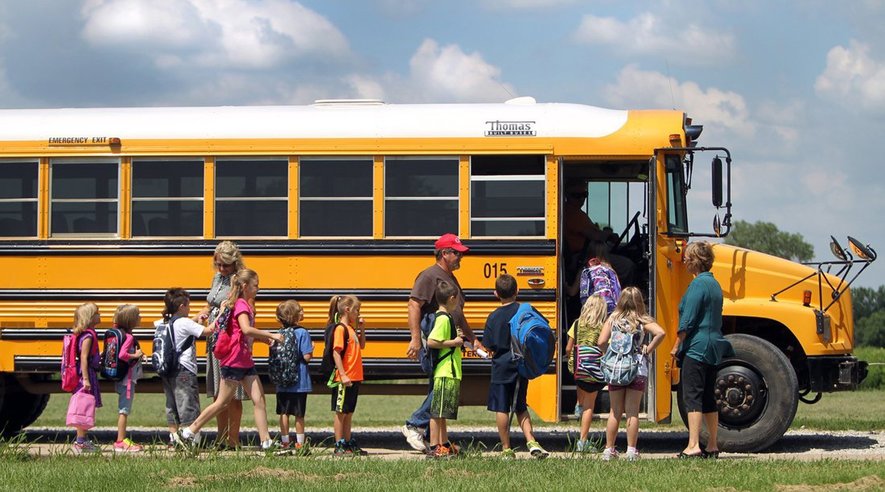 Sally had witnessed plenty of hurt. She was far too familiar with her own. But when she noticed these two young children act different from the rest, she had to do something.

The wipers swiped back and forth against the front glass. As soon as the rain hit the old yellow bus it was forced across the windscreen to be discarded to either side of the vehicle, and then to the road. Jenny found the mornings hard. There was only so much happiness that could be brought from a child’s smile. She pushed on the brake pedal. Some days like today were especially tough. She saw them walking down the street. She never expected so much brightness to come from this dark morning.

When Cindy was a young girl, she never expected much for herself. At twelve years old, she found herself on the way to her eight foster homes in the space of a year. She was no longer small and cute. She was entering her teenage years and she loved to rebel. This time, they were taking a different approach. Instead of young, naive couples, they were sending her to someone she least expected.

When Cindy walked up the old creaky steps of a little bungalow with pastel blue walls, she froze. She had always dreamed of a little home with a white fence, but there was something special to this place, something she couldn’t put her finger on. The social worker nudged her up the steps and rang the doorbell. “You better be on your best behavior, madame.” She warned. Cindy crossed her arms. If she wanted a fight, she would give her one. But when the door opened, she was speechless.

An aged woman stood in the hallway. Her wrinkled hand gripped the bronzed handle of a wicker walking stick and thin lines spread from both corners of her ice blue eyes to her temples. A wide grin too white to be real spread across her face. Cindy’s heart raced as she took a step back. She knew that face. “Hello, Cindy.” She knew that voice. “You’ve no idea how much I’ve missed you.” Then, everything went black.

“Cindy, love, are you alright?” A soft voice called. Cindy opened her eyes to see the same kind face looking down at her. Tears welled in her eyes. Was it really her? “Grandma?” She shot up and wrapped her arms around her grandmother’s neck. She feared she would never get to see her again. Finally, after all this time, they had been reunited. But her grandmother, Anna, would soon discover the impacts their separation had.

Cindy’s mother wasn’t a bad person. She just got involved with the wrong people. And when her grandmother tried to get involved, Cindy’s mother packed their things in the middle of the night and fled. Anna went to the police station every day for six months straight. She had no proof that Cindy was in any danger in the care of her mother. But Anna refused to give up. Over the next few years, she visited the station once a week. She spoke regularly to social workers. But she never expected her daughter to be so reckless.

Cindy settled into her new life. But after her first day of school, Anna noticed that something was wrong. Cindy did everything she could to avoid sitting down to start her homework–cleaning the table, making tea, offering to fold the laundry, even pretending that she had no homework. It was only when Anna made her sit at the table that she discovered the horrifying truth–Cindy could barely read or write. She was at a 2nd-grade educational level. But Anna refused to let that hold her back.

Anna took Cindy from school and decided to educate her from home. “It’s no good, I’m just stupid!” Cindy would whine every now and again. Although Anna couldn’t be there for her the last few years, she made sure she was there for her granddaughter now. With a little encouragement and lots of patience, Cindy excelled. The following year, she returned to school. But their luck couldn’t last forever.

During her final days of senior year, Cindy returned home to find her grandmother had passed away. She was heartbroken but she made sure to make her proud. She got a job as a bus driver and attended lessons in between classes. But the loss of her grandmother weighed heavily on her chest. She was lonely. She was tired of going home every evening for to an empty house. Then one evening, she saw two children waiting in the rain.

Cindy pulled over and opened the doors to the two kids that warmed her heart daily. Cindy was used to seeing so much negativity. She knew the hardships of some of the children she brought to and from school. And she knew genuine kindness was a rare find these days. The night before she had typed a message on her computer. She slipped the note into the young girl’s backpack before she got off at her stop. But she never expected this response.

“I am compelled to write to tell you how beautiful your children are, inside and out! This can only come from the home, your patience and guidance, the examples that you set and teach.” Sally couldn’t contain her awe. “I have a child on my bus named Jackson. Both of your children have shown him compassion and support. Every day your children ask if they can sit with Jackson.” But there was more.

“Sometimes Jackson is a little sad getting on the bus but as soon as he sees Annaliese and Jorge, he smiles. Jackson has difficulties walking and it takes a bit for him to get to his seat. Today Annaliese looked out from around her and said, ‘come on, Jackson. You can do it.’” Although Cindy is going through a tough time, the kindness of these two children reminds her of all the good in the world.

“And when we arrived at school, Jorge took it upon himself to carry his backpack! I know you know how wonderful your children are, but I wanted you to know that it shows!” Sally was compelled to praise Leonor and Jorge Sr. for the qualities they have instilled in their children. But Sally never expected this reaction from her little letter.

Leonor and Jorge Sr. were touched by Sally’s letter. Turns out, these children were much more kind and compassionate than they ever imagined! They had heard of Sally’s heartbreak from the two young children who had noticed she wasn’t herself. The two always greeted her with a smile and even picked flowers for her on the way to their bus stop! But Sally was shocked when their parents did this!

Leonor and Jorge Sr. were so touched by Sally’s letter that they shared it online. The post has gained thousands of likes and shares, many praising Sally’s awareness of the children on her bus. In a world full of judgment, it’s refreshing to see this young woman keeping an eye on her group of children! And it’s wonderful to see these young children act in such a selfless manner. Let’s hope bus 50 continues to be a place of positivity and kindness!
Must Read
Genome Studies Manage To Find A New Branch Of Fungal Evolution
European Space Agency Budget Increases By 10 Billion For The Next 3 Years
Artemis 1 Finally Launches: What It Means For Space Travel And Exploration