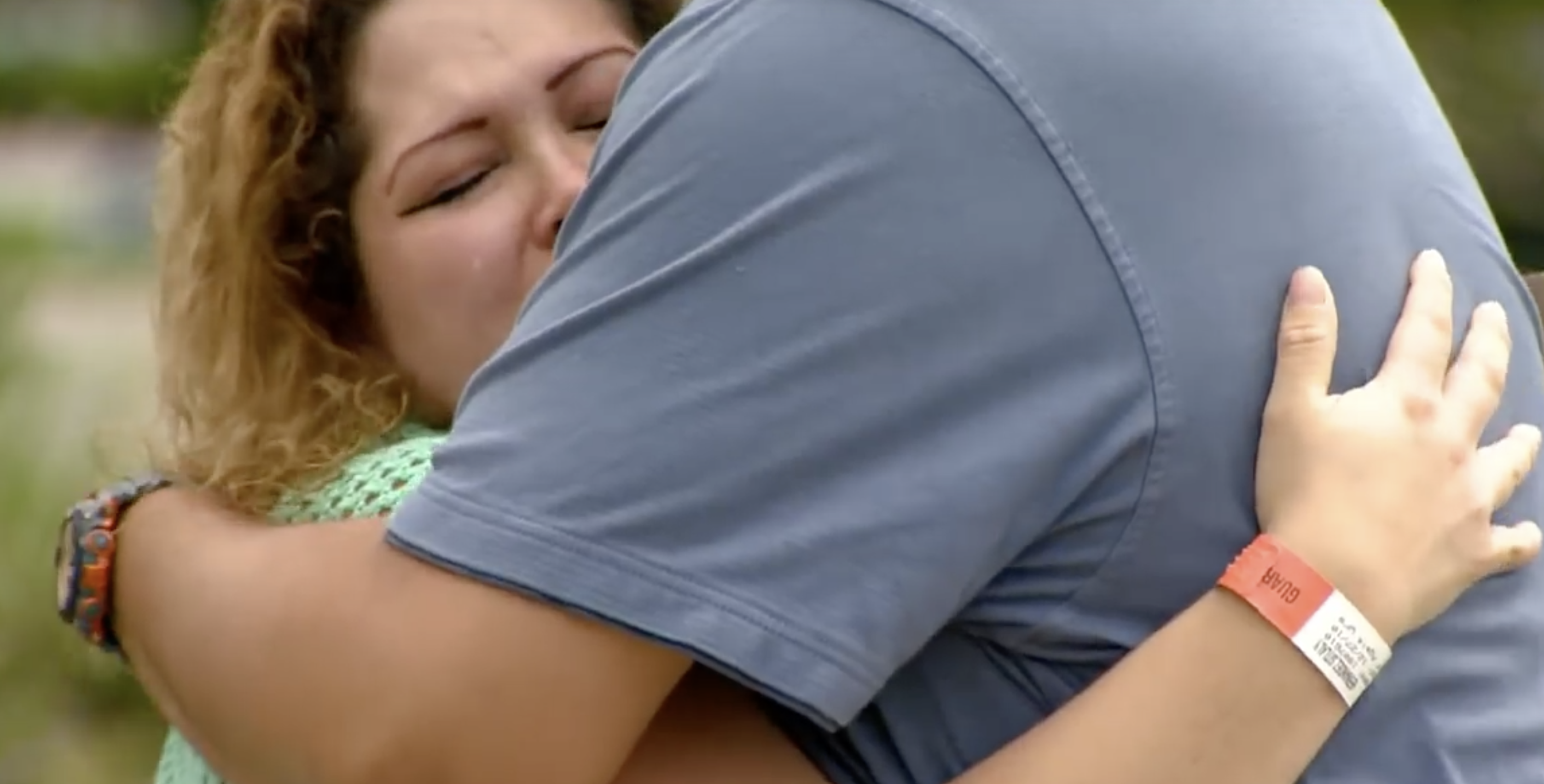 Water splashed against him as he soaked up the heat of the sun. It was a scorching summer day, and Windsor Lake was roaring with people. It was his first time at the lake with his family, but as he walked further away from the shore, he felt something brush against his leg. He dismissed the thought, chalking it down to algae or some kind of water plant. Then, a small human foot surfaced, and he immediately knew he had to take action.

Angelo Mondragon from Fort Collins, Colorado, was looking forward to his vacation with his family. He is a plumber and family man who works extended hours to give the best to his beloved family. His wife and himself had thought about going out to the countryside for a well-deserved break. Little did he know; his vacation didn’t turn out as he had planned.

He had been researching about Lake Windsor for some time, and its scenery instantly drew him to it. He saw pictures of the scene where the sunset threatened to dip behind the horizon, mixing orange, yellow and blue colors all in one. The view was wondrous to behold, and on the day that he decided to visit there with his family, it seemed to be beaming with life. But, as he waddled waist-deep into the water, something would change his vacations forever.

Angelo decided to take his family there for the weekend. It would be an excellent way to relax from the bustle of the weekday, or so he thought. They all hopped in the car and drove 25-minutes from where they resided until they reached the grandiose and beautiful lake. As they arrived, they saw groups of people enjoying what the lake had to offer – boating, hiking, swimming and much more. As he turned his car into the parking lot, he saw one family. Still, he could have never have known what was awaiting him in the beautiful clear water.

Unaware Of The Danger

Emma Hernandez was not there that day, but her daughter was. Hernandez had a busy day at work, so her family decided to take their daughter to the lake – and it was pure chance that it was the same Sunday that Angelo was there with his loved ones. Sitlaly, the daughter of Hernandez was in awe of the beautiful blue before her. Little did she know what dangers lurked beneath the surface.

July in Colorado can come with exceptional heat, Fort Collins and its surrounding areas can soar up to 87°F, so of course, everyone would look for a place where they could enjoy cooling off. He was not the only one who thought about the intriguing idea to cool off in the lake’s water — he was blissfully unaware that there was a scene unfolding beneath the waves. He couldn’t have expected what grisly find was waiting for him.

As Angelo walked towards the shore, sweaty and hot, he could think of nothing more than to submerge his body in the cold waters and let his body temperature wind down. As he dipped his feet into the lake, a satisfying sensation went through him, but it would soon be shattered. From there he slowly entered the water until it covered him waist-deep. But a few seconds later, his temperature would rise in such a way it would be difficult to even breathe.

The lake had become packed. It seemed like everyone in the surrounding areas had had the same idea as the two families – Angelo’s and Hernandez’s. But this didn’t stop either family from enjoying their Sunday, it propelled it. They thought they must have had such a fantastic idea if so many others had felt the same way. But Angelo was the only one who was greeted with such an unpleasant surprise.

Angelo waddled in the water until he was half submerged. Heaven – he thought. However, things took a disturbing turn. As he enjoyed the calming of the waves and the coolness he felt, something hit his leg underwater. He didn’t think twice about it as many things turn around with the waves under the grandiose sum of liquid. But as the object hit him again, this time with more force, it caught his attention and what he saw was extremely disturbing.

As he stood there perplexed, he saw how a human foot rose from beneath the water to where Angelo was standing. “It felt like something you normally wouldn’t feel in the water,” Mondragon told USA Today. “I did sort of a back kick to bring up whatever it was. Then I saw the bottom of a baby’s foot float up.” The foot belonged to Hernandez’s daughter, Sitlaly.

Just below the water, Angelo saw the tiny toes float up. Confused by the whole situation, it took him several seconds to put one and one together, but when he did, everything was set in motion. He had just discovered the limp body of 4-year-old Sitlaly. Still alive but unconscious, Angelo knew what he had to do, but he had to do it fast.

He pulled the toddler out of the water and began to scream at the girl’s family and anyone who could hear him to call 9-1-1. “I grabbed her and carried her limp body to the shore,” he said. “The girl was already blue. She wasn’t breathing.” Angelo’s quick actions just saved the little girl, she was immediately flown to a nearby children’s hospital, but still, her diagnosis seemed dire.

“I saw just the bottom of her feet and then right then at that moment, that became my child, I reached in, and I pulled her out like I would any of my babies,” said Angelo. Sitlaly had hypothermia, her lungs were filled with fluid and doctors were worried about how long her brain had been without oxygen.

Emma Hernandez got the call she never could have imagined getting – her daughter’s limp body was found underwater. She rushed to be by her side. Angelo’s quick thinking had saved Hernandez’s daughter. “Her lungs are good, her heartbeat is good. Everything is good,” said Hernandez to USA Today after Sitlaly had been given the OK from her doctors.

Emma Hernandez met the man who saved her daughter’s life at the hospital where she was recovering. When she saw Angelo, she ran to meet him and could do nothing but cry and express her gratitude. She embraced him and stammered “…There are no words… no words… how much I can thank you!” — her outpouring to the man who took action and saved her baby girl was truly something to behold. They both knew how it could have all gone so very wrong in an instant had he not been at the lake that day.

“You saved her… you saved my baby!” gasped Emma. Then she told Angelo that someone was waiting for him. That someone was Sitlaly. She couldn’t wait to see her saviour, and as soon as she was well enough, she asked for him. “I can’t wait to see her, she’s part of our family now…you guys are part of our family now,” Angelo said emotionally. And when he saw her, his heart was filled with joy to see her sitting up and talking.

“If I was not in that right spot at the right time, it could have been a search and rescue mission,” Angelo told USA Today. “As I told the little girl’s mom when I saw the baby’s toes, that became my baby.” It’s apparent the Hernandez family was lucky to have Angelo there that day, but now, Angelo has seen with his own two eyes how incredibly easy it is to have a toddler wander off into the water. This situation has prompted him to work with local businesses and residents to collect life vests for little ones on beaches. “The baby was not wearing a life vest,” he said. If she was wearing one, the whole situation could have been different.
Must Read
Genome Studies Manage To Find A New Branch Of Fungal Evolution
European Space Agency Budget Increases By 10 Billion For The Next 3 Years
Artemis 1 Finally Launches: What It Means For Space Travel And Exploration