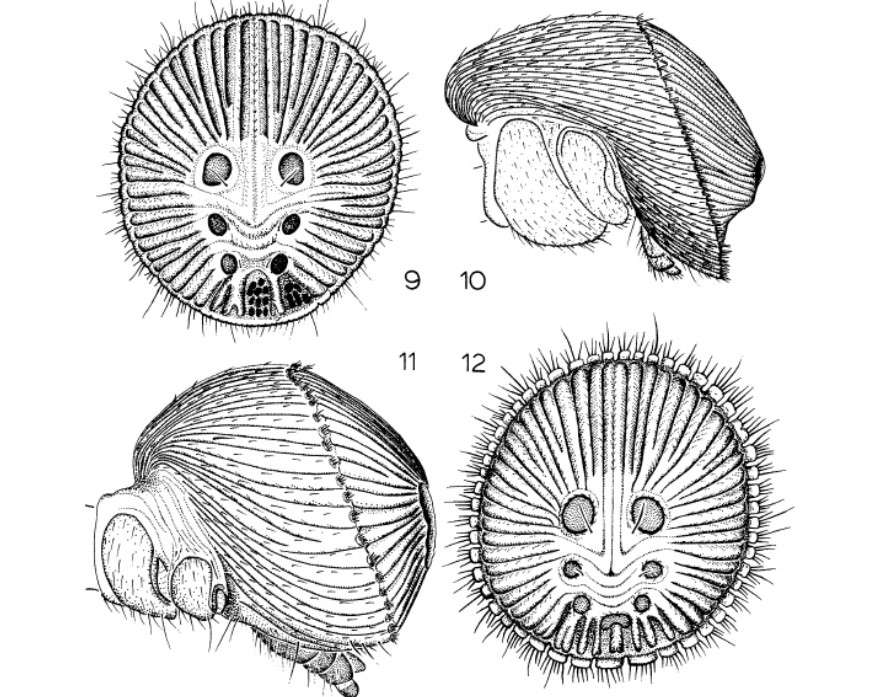 He smiled, thinking to himself that this was a good omen. Though he lived in a region with thousands of years of history, he had never found something like this on his property. Perhaps this would help him turn his fortunes around. He crouched to take a better look and marveled at the strangeness of the object. But the closer he got, the more he realized there was something there he was not seeing. And when he finally figured it out, he couldn’t believe his eyes.

But extraordinary things like this did not happen often to Li Wenhua. He was an ordinary orange farmer living in Pujiang village, the southernmost part of Chengdu in Sichuan province, China. He led a simple life and did not have many luxuries, though he was always able to put food on the table and provide for his family. That is, until things started to change and he realized his fate was out of his control.

For a long time, agriculture has provided a good living for people in the Chengdu area. Located on the Chengdu Plain, the city has been known as the “Land of Abundance” since ancient times thanks to its fertile soil and favorable climate. Then, in the second century BC, an irrigation system was built on the Min River that turned Sichuan into the most productive agricultural region in China. That legacy has continued into modern times. But new obstacles are emerging, and farmer Li is well aware of them.

Blessed Be The Fruit

Li is a mandarin orange farmer. Mandarin oranges are native to Southeast Asia and are extremely popular in China given that they’re a symbol of good luck and offered as gifts on Chinese New Year. Demand is always high and, thanks to trade protections, the market mostly consumes domestic products. This meant that Li always had a steady income. But times are changing, and Li has slowly started to realize his livelihood is being threatened.

One of the benefits of mandarin oranges is that they are hardier than most other citrus fruits and can withstand colder temperatures. This works great for Li because, despite the humid climate, Chengdu rarely gets any sunshine and winters can get quite cold. But even mandarins have their limit. Increased pollution, compounded by climate change, has made the weather more unpredictable. Li’s trees are now more prone to frost and disease and are yielding less fruit. He had to find a way to supplement his income. Then one day, he made a serendipitous discovery.

Something In The Ground

One day in November, Li was walking around his orchard, clearing weeds with a hoe. All of a sudden, the tool’s metal hit against something hard. He cleared the soil around it and discovered a strange object buried in the ground. It was dark and round, with radial striations and a strange marking in the middle. It looked like it could be an ancient medallion or coin, half an inch in diameter. “I hit the jackpot,” Li thought — and with good reason.

Relics Of The Past

Like many places in China, Chengdu is rife with history. It is the earliest known settlement in southwestern China, and archaeological research has found evidence of civilizations dating as far back as 5,000 years ago. Artifacts found throughout the province range from jade items to bronze masks and gold staffs. Li had never found something like this on his property. But if the strange object in the ground truly was an ancient relic, he knew it would fetch a pretty penny.

Even though Mao’s Cultural Revolution engaged in the destruction of ancient history and culture, today’s China sings a very different tune. The government has realized the value of tourism for the country’s economy, and so they spend a lot of money and effort recreating historical sites and collecting archaeological evidence. Then there’s also the lucrative black market. Li thought this might be the thing to solve his financial woes. He pushed the object gently with the tip of his hoe. And then… it moved.

The strange object came to life right before Li’s eyes. The dirt began to sink underneath it, and then he watched as a bunch of tiny legs sprang up from beneath. Then he saw it — this was no ancient relic at all, but an alien-looking spider. Surprised as he was, Li quickly grabbed an empty water bottle and scooped up the little spider. Then he took it to the village, where it awed everyone who saw it. This only added to Li’s intrigue.

Word quickly spread around the village about the strange spider that Li had found in his orchard. Every day he had people visiting his home to see this tiny monster. Realizing how unique this creature was, Li decided to search the internet to find out the exact species. And that’s when things took an even more extraordinary turn.

The spider’s look was quite unusual, so it didn’t take Li long to figure out what kind it was. It turned out to be a Chinese hourglass spider, a type of trapdoor spider that lives in underground burrows. The arachnid builds a sort of “trapdoor” made out of soil, plants, and silk to conceal and protect itself. That explained why the spider’s head and body were buried in the ground when Li found it. But there was something even more special about this creature.

Chinese hourglass spiders are one of the earliest documented spider species in China. They are mentioned in the Er Ya, an ancient book that dates back to the fifth century BC. The book is known to be the oldest surviving dictionary in China, and it perfectly describes the spider that Li found in his orchard. And as it turns out, this arachnid is as rare as it is unique.

Despite it having been documented so early in history, the Chinese hourglass spider was never actually seen in modern times until the year 2000, when one was found in Sichuan province. Since then, only five other such spiders have been found in China, most in Zhejiang and Fujian provinces. So it might not be an ancient relic, but it was still quite valuable. And Li intended to take full advantage of that.

“The scientific value of this kind of spider is very high,” explained Zhao Li, expert entomologist and director of the Huaxi Insect Museum. “It is an absolutely rare species in Sichuan. I have spent a lot of energy trying to find it and have not met one.” Given this information, Li decided he might be able to sell it. And after doing some online sleuthing, he found it wouldn’t be a tough sell.

A domesticated variety of Chinese hourglass spiders can be bought from Thailand at around 75 yuan ($11 USD). But a wild one such as the one Li found commands a much higher price tag, with some online shoppers offering up to 12,000 yuan ($1,700 USD). Li thought he might sell it as a pet, and though he intends to make good money, his first priority is to find a good home for the eight-legged creature.
Must Read
Genome Studies Manage To Find A New Branch Of Fungal Evolution
European Space Agency Budget Increases By 10 Billion For The Next 3 Years
Artemis 1 Finally Launches: What It Means For Space Travel And Exploration