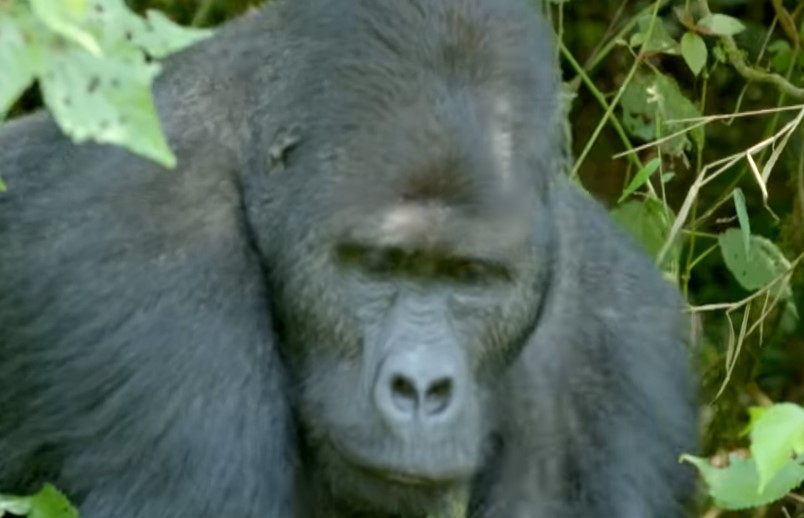 He stopped, listening. There was something there, in the bushes. Something colossal. A branch broke with a sharp snap, and he whipped his head around to see a monstrous black shape rising out of the foliage, and then it was looming above him. The pungent animal scent hit him in waves, and every fiber in his body was screaming at him to RUN. But he knew that if he ran the beast would be upon him in a blink of an eye.

The Dangers Of The Forest

As a guide for tourists, Jean Baptiste Bamina was no stranger to the dangers lurking in the African forest. He reveled in encounters with the most spectacular and the most dangerous of creatures. From leopards who would lie in wait silently, up high in the trees, to the sinuous and deadly green mambas who could inject enough venom into a human to kill him before he ever even reached the hospital — he had seen it all. He had no idea that one day his body and mind would be tested to the limit.

The day had begun as usual. The tour guide had been leading a gaggle of uninitiated tourists into the forest to spot some of the local wildlife, and they had been trudging through the tangled vines for several hours. At first, They had marveled at the beauty of the lush green vegetation and the wild sounds of the forest, but these tourists were quickly becoming bored and the novelty was starting to wear off. He had better find something to keep them entertained, soon.

The sun was high in the sky now, and he could just make out its light, sprinkling through the thick forest canopy. The humidity made the air unbearably thick and clung onto his body like a weight, and sweat soaked through his clothes. The mosquitoes were out in full force, too, and their irritating whine had begun to drown out the grumbling voices of his tourists, now lagging behind. He was grateful for that, at least. Had he not been so distracted by his discomfort, he might have noticed that they were being watched.

Hidden in the foliage, something enormous had its eyes on the unsuspecting group of tourists. It didn’t take the encroachment of humans into its domain lightly. Humans in the forest brought fire, violence, and death with them. It smelled the fire on their clothes and the gunpowder in the tour guide’s weapon, and its blood ran hot with a primal rage. It watched the tourists silently, then started to move.

The tourist’s complaints started to intensify. The guide knew their strength and interest was now waning. They had been trekking through the wet leaves for hours now and hadn’t spotted any wildlife. Then they reached a small clearing and their guide came to an abrupt halt. The birds no longer chirped, and the drone of the cicadas suddenly fell quiet. The collectively realized that the forest had gone eerily silent. And that’s when they saw it.

There, in the clearing, was a freshly fallen sapling. It lay bent at an odd angle, with its bright green pith showing starkly. It was clear that something with incredible strength had snapped it in half like a matchstick. Bamina knew that it was a warning sign, as he had seen this kind of wanton display of violence before. The animal was rare, but it had been known to pass through these parts. He knew it would be prudent to heed the warning and change direction. Something dangerous was afoot.

The tour guide, without a word, changed direction and led the party to a path that led them up and out of the deep shade and over a dirt road. He thought it would be wise to rest out in the open, and away from the beast in the forest. The group stood on the side of the road and chattered idly as they took deep drinks from their flasks. Then, suddenly, they noticed their guide freeze, and then he frantically signaled at them to be quiet. Then they all heard it.

A deep and unmistakable bellow came from the far side of the road, and suddenly the leaves in the embankment started to seethe. The branches snapped and they could see the giant creature’s progress as it barrelled towards them through the swaying bushes. Then a black mass of hairy, muscular shoulders emerged as it rose to its full height, and they saw its head swivel as its black eyes fixed on their tour guide.

The massive animal fell down onto all fours, and then rushed towards the group at a remarkable speed. But when it reached the edge of the far side of the road, it hesitated. While it stood there, still for a moment, the tourists were able to appreciate its sheer size. It dawned on them that they were contending with a giant male silverback gorilla, native to the deepest parts of Rwanda. These animals were not the gentle mountain gorillas of Diane Fossey fame, but their aggressive forest cousins. The party stood stock-still as the beast glared, unblinkingly. But who would make the first move?

As they stood there, gorilla and tour guide at a stalemate, a truck started to roll around the corner of the dirt road, bouncing with its cargo. There was a group of people sitting on top of the precarious stack of white bags on its flatbed, and they swayed with every divet in the uneven road. And suddenly, the spell was broken.

The massive gorilla shook its head, and the hatred in its eyes turned to fear. The approaching truck brought with it more humans and it knew it was hopelessly outnumbered. Jean Baptiste Bamina was pale with terror. He had come face to face with a creature that could tear him in two with a single blow, and the gravity of the danger they had all been in hit him all at once. How foolish he had been to think that he was untouchable. He crumbled to the floor, shaking. Then, a throng of gorillas started to walk out of the forest.

The big male, their leader, walked to the middle of the road and stood there, an unmovable mass of determination. Then, one by one, the other gorillas started to cross the road. There were females with babies clinging to their backs and other males, all passing their leader as he guarded the road. The truck had stopped at a safe distance to let them cross. And then it dawned on them.

The tourists stood with their mouths agape as the gorillas moved past them and disappeared into the undergrowth on the other side. It was evident that the big male was making sure that his family could cross safely. He was no longer a threat to them, he just wanted to be on his merry way with his family in tow.

Gorillas are rare and an endangered species, but aggressive encounters are becoming increasingly common as their habitat shrinks and humans encroach further into their territory, but it is not them who are at fault, it is us. Clashes between animals and humans are becoming more and more commonplace, and the effects of humankind can be found even in the deepest forests on earth. Hopefully, humans and nature will strike a balance, before the gorillas are relegated to the halls of extinction and we lose them forever.
Must Read
Genome Studies Manage To Find A New Branch Of Fungal Evolution
European Space Agency Budget Increases By 10 Billion For The Next 3 Years
Artemis 1 Finally Launches: What It Means For Space Travel And Exploration