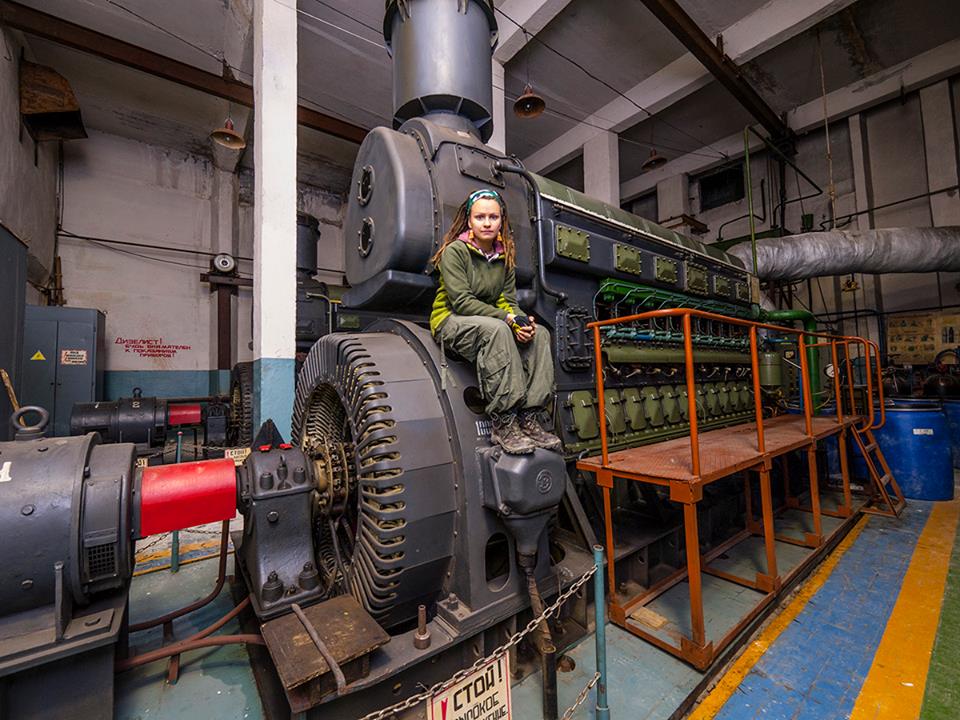 Lana thought she had seen it all. She craved adventure. She had travelled all over the country to jump head first into another possible discovery. But all of her previous ventures never prepared her for this.

The shack was falling apart. The wood had decayed, and weeds grew through its cracks. The door was missing, leaving a gaping entrance to the small cabin. She stepped in and noticed the wide hole in the center. Why would a shed in the middle of nowhere have a hidden tunnel? She re-laced her boots and placed her camera strap on her shoulder. Then, she reached for the damp stairs. She never expected to find this.

Russian blogger, Lana Sator, was fond of adventures. She spent the majority of her time in the outdoors with her camera, capturing the peace of beauty of nature. But what she enjoys the most is discovery. So, when her friend mentioned a possible lead in the middle of a forest, she didn’t hesitate. Although Lana was a well-known urban explorer, she never expected to discover this.

She grabbed her equipment and met her friend in the Republic of Karelia, a remote Russian territory on the border with Finland. They planned to make a quick pit-stop at the abandoned shed. But when she saw the inside, her feet began to itch. She crouched down and leaned forward. “Hello?” she called. But there was no answer. Her voice echoed deep into the earth. She had to know what was down there.

Lana has had her fair share of discoveries. She’s managed to gain access into a flooded power plant, a neglected iron foundry, and an abandoned Soviet rocket factory in Moscow. Lana had difficulties getting there, but she always surprised herself. She thought this would be just as easy. The only difference was the fact that she was venturing underground into complete darkness without knowing what would greet her at the end. She never thought she’d run into some trouble.

The damp wood groaned as she descended into darkness. The air became thick and heavy. The hairs on her arms began to stand. Her hands stung as they clung to the ladder. She could feel the makeshift rungs bend beneath her. The brightness above slowly dimmed. After a few minutes, her feet hit solid ground. She grabbed her flashlight and searched for the button. It was quiet, too quiet. All she could hear were her own frantic breaths. Then, a beam of light shot from her hand.

Lana stood in a center of multiple tunnels, each as dark as the next. The excitement quickly faded as worry grew. What was this place? Who built this secret world underground? But more importantly, why did they abandon it? She pushed back the hairs that had fallen onto her face and took a deep sigh. Then, she heard a noise.

Lana pointed the light around her frantically as the noise increased. She stood her ground, ready to face any creature that had made this labyrinth their home. She took a step back. Then, the screeching began. She looked down to see a rat scrambling against the dirt, its tail crushed beneath her foot. She jumped forward and then watched him scurry down a tunnel. “He’s as good a guide as any,” she thought before marching after him.

Lana didn’t have bread or anything for that matter, to leave a trail back to her exit. The temperature dropped with every step she took. She walked across broken tracks. Tools were scattered on the edges. She looked up at the unstable wooden frames as water dripped from them. Maybe she should have turned back there and then. Maybe she never should have gone there in the first place. But Lana refused to live a life of “maybes”. She made sure to note every turn. Then, she found something troubling.

As Lana ventured deeper into the darkness, she noticed shards of ice formed like stalactites. Then, Lana slipped. The entire ground had frozen over and created a sheet of ice. Unfortunately, she forgot to bring her skates. Unlike other explorers, Lana was used to tight, claustrophobic spaces. She wasn’t afraid of a little ice. But she should have been.

Eventually, Lana came to a large open space. Carts, tracks, tools, and machinery littered the area. She was sure she had stumbled across an abandoned mine. And that the space she found herself in was their center of operations. Lana had cracked the mystery of the decrepit shed in the middle of nowhere. She could hardly turn back now?

Lana was smart enough to avoid the potentially deadly tunnels. The shafts continued to every direction bar that of her only known exit. She made sure to capture her findings. And the flash allowed even more of the cavern to become visible—helmets, hammers, shovels, pickaxes, wheelbarrows, and chisels. But why did they abandon everything?

Lana believed that the probable cause of the evacuation were the leaks. Over time the water caused the soil above to become heavier, putting stress on the wooden frames. Some snapped and broke, causing the tunnel to collapse, leading to dead ends. Others managed to stay upright but during the winter months, the water froze, creating a frozen fortress. But now, Lana had to find her way out.

Every tunnel looked the same. Lana shivered. Was it the second left or the third? She shone her light down the dark paths. Her heart began to race. She placed her palm on her chest and breathed deep. She could do this. She wasn’t lost. She just needed to gather her thoughts. Her eyes closed. Then, she opened them.

After a few moments, Lana managed to compose herself. She used the pictures she had taken throughout her discovery to match the tunnels. It took plenty of time, but eventually, she found her way back to the stairs she had originally climbed down. But she still had plenty of questions.

Since Lana’s adventure, her discovery has become viral. Many have questioned the use of the mines in the first place. Coal, iron, vanadium, and even diamonds are some of the suggestions made by Lana’s blog followers. Not many would be brave enough to descend into complete darkness alone. However, Lana continues to prove that she is a true explorer who would do anything for a great discovery.
Must Read
Three Indigenous Tribes In The United States Will Get $75 Million For Relocation Due To Climate Change
A New Supercomputer Simulation Animates An Incredibly Accurate Look At Universal Evolution
Genome Studies Manage To Find A New Branch Of Fungal Evolution