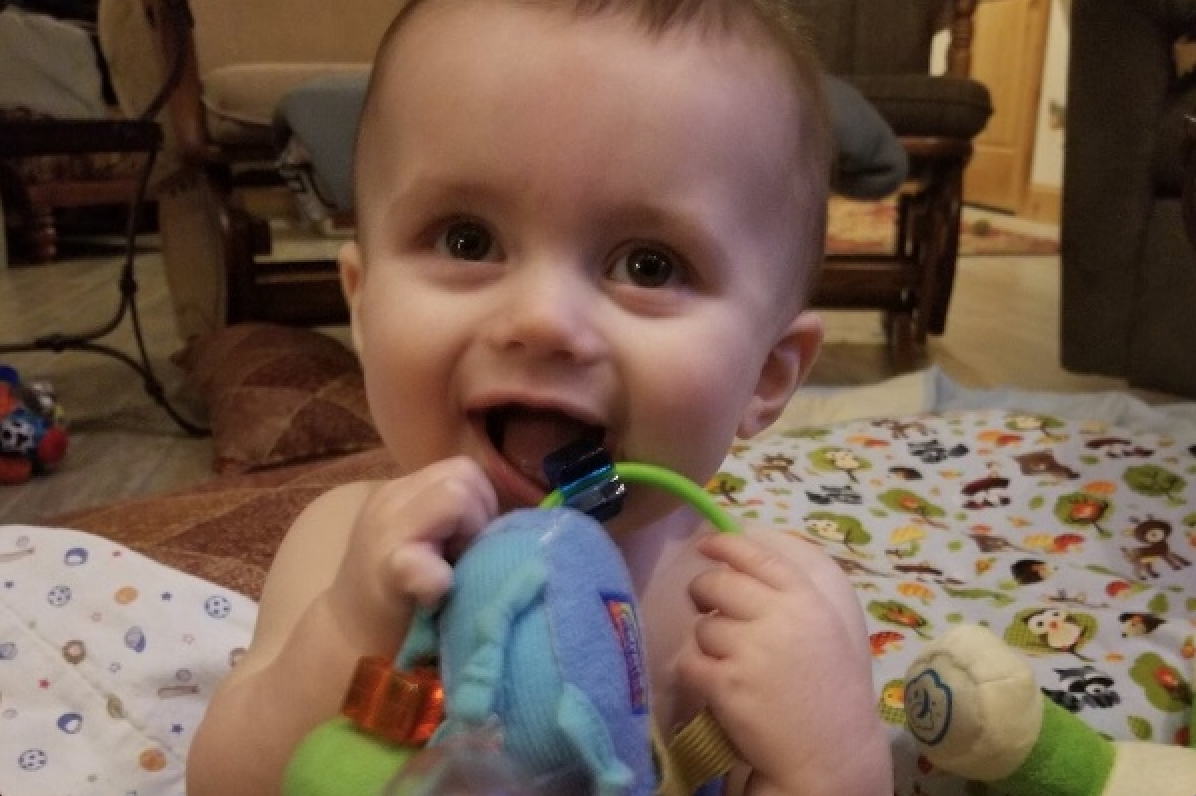 He opened the mailbox, saw what was inside, and flinched. It was the repairman’s bill — something he definitely wasn’t looking forward to. He and his wife had been struggling financially, and it was even harder now that they were a family of four. But then he saw an odd note attached to the bill and fretted even more. Was it an extra charge? He read it reluctantly, and what he found was something that almost made him fall back in surprise.

It had already been a crazy few months for Jesse and Maria Hulscher. They lived a quiet life in Willmar, Minnesota with their young son, Henrick. Jesse was making decent money and they were able to save a good chunk of that. Then, in late 2016, they shared some big news with their friends and family — Henrick was going to become a big brother! They started preparing for the new arrival, but nothing could prepare them for what they saw one winter night.

It was February 22nd when the Hulschers’ life was thrown into disarray. Maria went into labor despite not being due until March. Premature births are quite common, but the couple was definitely not prepared for it. They scrambled to get Maria to the hospital, where she was able to give birth without issues. They welcomed Adler, a healthy, 7 lb. 9 oz. baby boy. It was an exciting day. But amidst all the hubbub, they failed to notice an important detail: a storm was brewing in the horizon.

Winter in Minnesota is no joke, and its residents are pretty used to the dire conditions that befall them every year. Even so, some storms are worse than others, especially as the weather becomes more extreme. On the morning of February 22, the National Weather Service issued a Winter Storm Watch and warned residents to expect heavy rain that evening, turning into heavy snow the next morning. The Hulschers knew they had to get home before the storm got bad. But even then, they weren’t safe.

Rushing To Get Ready

Jesse went home and began to get the house ready for Maria and the new baby. Once he was done, he decided to take a shower before driving back to the hospital to pick them up. He was in the middle of it when suddenly the water went cold. One more thing he had to worry about on an already crazy busy day. Exasperated, he went down to the furnace room to figure out what was going on. That’s when he knew his day was about to get even worse.

The furnace had gone out, and Jesse had no idea how to get it back up and running. The implications of a broken furnace slowly started to dawn on him. Temperatures were forecast to drop below 30°F (-1°C) that day. He couldn’t bring a newborn baby into a house without heating. “Instantly I panicked,” he said. “I have a two-year-old here, a newborn coming home… and this was before the big potential snowstorm.” He needed a miracle, so he picked up the phone.

Running Out Of Options

Jesse called a repairman that he knew pretty well, and who had done work in his house a few times before. But he was not surprised when the man told him he was completely booked. His next best option was to search online for other repair companies in the area. However, all the people he called were busy and couldn’t make it to his house on time. He was running out of time and options. Then an idea came rushing to his head.

Jesse remembered a conversation he’d recently had with a neighbor. The man was telling him about an AC and heating company in the area and gushed about their great service and quick response times. There was only one problem: Jesse didn’t remember the name of the business. He called his neighbor, hoping he’d be home to pick up the phone. It was his last resort.

Luckily for Jesse, the neighbor answered his call. The name of the company was Magnuson Sheet Metal. Jesse called them and spoke to co-owner Craig Aurand, doing his best to explain his predicament. It worked, and Craig sent a repairman to his house who arrived 20 minutes later. The man fixed the furnace and got the heat back up and running. Jesse was extremely grateful knowing he could breathe easy and return his focus to his family — until the repairman’s bill arrived.

A month passed, and Jesse was so busy with the new baby that he forgot about the whole furnace thing. Then one day, he opened his mailbox to find an invoice from Magnuson Sheet Metal. It was a bad time to get it since he had other bills to pay and he knew that fixing a furnace does not come cheap. Still, he’s nothing if not honorable, so he opened up the invoice to see how much he’d have to pay. But he was not expecting to see what he did.

At first glance, it looked like a normal bill that listed the services performed: “Repair furnace. Clean burners and pilot assembly.” But the price amount sections were left blank. Instead, there was a note that read, “No charge. Take care of the new baby.” It was Craig’s present for the family. “I didn’t know if it was a boy or girl, I didn’t know if I should get pink or blue,” he said. “So I figured, we’ll give the baby heat! How about that?” Jesse and Maria were stunned.

“I was like, ‘What? No. This can’t be real’,” recalled Maria. To express his gratitude, Jesse told the story on Facebook with a photo of the receipt. “Businesses like this earn customers for life!” he wrote. “Thank you, Craig and your staff for the amazing experience!” It didn’t take long for his post to go viral, and even made its way to a Minneapolis news station. That’s when something about Craig was revealed.

A Man With A Good Heart

Local station KMSP interviewed Craig about what he did for the Hulschers. “We didn’t do it for the PR, we just did it to be good people. That’s it. Just to be nice to these people,” he said. “That’s what this is about.” Despite his humility, the reporters were able to find out that this was not the first time Craig’s company had done something like that.

Plenty Of Good Will

It turns out that Magnuson Sheet Metal was known for forgiving small bills and doing repair work on holidays to help out struggling families. The reviews on their Facebook page praised the company’s efforts. “It is a blessing to have companies such as yours that not only does great work but also takes care of your community,” wrote one person. The Hulschers wholeheartedly agreed — and were even inspired by Craig’s actions.ommunity.

“We will definitely be calling on your services again… just hopefully not too soon from now!” wrote Jesse on Facebook. He and Maria were happy to know there was a reliable service they could call when they needed repairs again. And they also vowed to pay it forward and become more community-minded. Soon, the perfect opportunity presented itself.

The Hulschers had a friend, Shawn Block, whose baby son Oliver had just been taken to the Children’s Hospital of Minnesota with a severe case of meningitis. Without hesitation, Jesse and Maria spread the word and shared the family’s GoFundMe page to help cover the baby’s medical expenses. Thanks to their efforts, they were able to reach their fundraising goal. And it was all thanks to a generous business owner who knew how powerful small acts of kindness can be.
Must Read
European Space Agency Budget Increases By 10 Billion For The Next 3 Years
Artemis 1 Finally Launches: What It Means For Space Travel And Exploration
Clam Species Presumed Extinct For 40,000 Years Has Been Found Alive