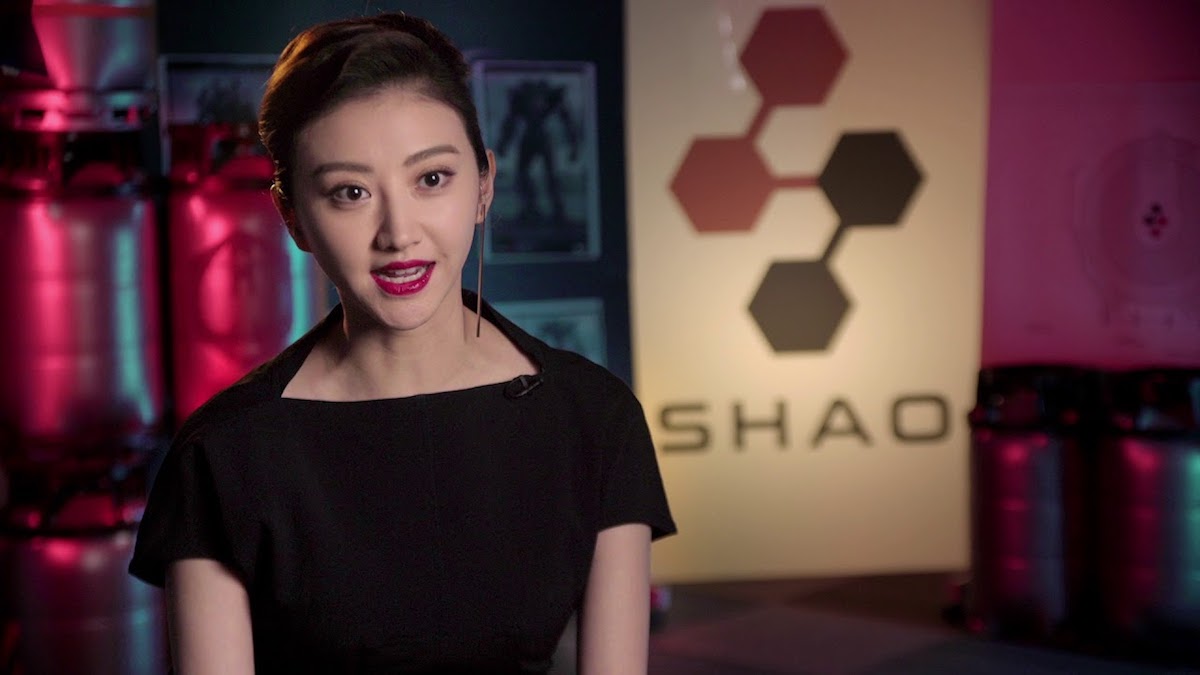 His granddaughter had told him that they were going to take some photos. It sounded like a strange thing to do while he was sick and in the hospital. He was perplexed. Still, he went along with it because he trusted her. “What is happening?” he thought. Then, she came back into the room. When he saw what she was wearing, he became even more confused. And when she finally revealed what was going on, the truth was overwhelming.

Xuewei was Mr. Fu’s granddaughter. She was the apple of his eye, and her life had taken a sharp turn at a young age. Her parents had separated, and she was sent to live in Chengdu, China, with Mr. Fu and his wife. They were loving people who raised her with care and attention. She had developed a bond with them that was so strong she now considered them to be her mother and father. But having elderly parents had downsides.

Xuewei made a point to keep a close relationship with her grandparents. When was 18, she left the country to study in Switzerland and then Singapore, but she talked to them frequently. She told them about her travels, studies, and even relationship problems. Eventually, when she moved back to China to start her career, she continued to keep her grandparents close. It was a wise decision because time soon caught up with them.

Fruits Of Her Work

Xuewei became a successful entrepreneur after she graduated from university, and the fruits of her work allowed her to live a good life. She tried to include her grandparents as much as possible, taking them on holidays abroad and even to nightclubs. But soon, the reality of the couple’s age started catching up with the family. Xuewei didn’t know if she could to handle what was to come.

Late last year, when Xuewei was 25 years old, her grandfather, Fu Qiquan, fell seriously ill. Doctors had told Xuewei that they didn’t know if he would live for much longer. This was not Mr. Fu’s first health scare, but she had to grapple with some heartbreaking news. It made Xuewei determined to make the most of the time spent with the couple who had raised her so lovingly.

Before It Was Too Late

Mr. Fu had had heart problems for a long time, and two years prior he suffered a cerebral stroke that paralyzed his body and kept him in the hospital for three months. He was now 87 years old, and Xuewei knew her grandfather was becoming frailer with every passing day. Even though she had decided not to leave his side, something inside was telling her that it was not enough. She knew that she had to show him how much she loved him before it was too late.

Attending To His Every Need

Xuewei was at her grandfather’s side every day, and she fed him and took care of his every need. But she wanted to help him fulfill his life’s dreams. She wanted to do more, and she knew he had always wanted to see her walk down the aisle. But she didn’t have a boyfriend, and she didn’t plan to get married anytime soon. That was a problem, but not one she was going to allow to get in the way of making her grandpa happy.

Xuewei‘s primary focus in her personal life at that moment was her career. She wasn’t sure her grandfather would live long enough to see her find “the one” and marry, but she was unwilling to let that stop her from realizing his wish. So she decided to give Mr.Fu a surprise that would make him happier than he had been in a long time. But she kept her plan secret.

Xuewei had taken her grandfather to the hospital for a checkup earlier that month, and she had casually told him, “We’re actually going to take some pictures today.” Once they were there, Mr. Fu nodded and said ok. They arrived at the photography studio, with an IV drip in tow. Then Xuewei’s grandfather realized that this photo shoot wasn’t a normal one.

Xuewei put on a beautiful white bridal gown while her grandfather put on the dapper suit she had handed to him. “My grandfather would be the one to give me away at my wedding,” Xuewei explained. “Because I don’t know if he could live long enough to see that, I wanted to make sure he could do that now.” As it turned out, the photo shoot was wedding-themed. It had been a truly magical day, and there were pictures to prove it.

The whole affair cost Xuewei 3000 Yuan ($476) and to her, it was worth every penny. Seeing her grandfather’s smile when he looked at her meant everything to Xuewei. That smile was worth immortalizing, so that’s exactly what she did. She and Mr. Fu had pictures taken in the studio and in a small church, for which they each wore a different outfit.

“I had my grandfather’s portrait tattooed on my arm in January because I want my new friends and my children to be able to know what he looks like in the future,” Xuewei said, explaining her decision to get a tattoo of her grandfather’s face. The topic of young women and marriage is a hot-button issue in China, where images from the photo shoot have gone viral.

As China’s middle class continues to grow, the population has become more educated. Young women have started to prioritize career over marriage and family. Xuewei went above and beyond to give her grandfather a small glimpse of his dream, but other young women in China don’t take the pressure to get married so lightly. Traditional values tend to persist in the older generations, and this leads to clashes.

Any woman who remains single at the age of 30 is considered a ‘sheng nu,’ or ‘leftover woman’ in traditional Chinese culture. This mentality that women should be married by the time they are 27 years old leads to the women’s families pressuring them to find a husband in order to avoid this social stigma. Increasingly, however, young women have been fighting back against the pressure and the concept.

Many of the financially independent Chinese women who have remained unmarried into their late twenties are highly educated. This means that their high earning potential makes them an important consumer group as they have more career opportunities. These women have slowly been gaining power in an extremely patriarchal society. They are reclaiming the term ‘sheng nu’, but with a positive connotation. These women are not ‘leftovers’, they are just too successful to just settle for any man.
Must Read
European Space Agency Budget Increases By 10 Billion For The Next 3 Years
Artemis 1 Finally Launches: What It Means For Space Travel And Exploration
Clam Species Presumed Extinct For 40,000 Years Has Been Found Alive