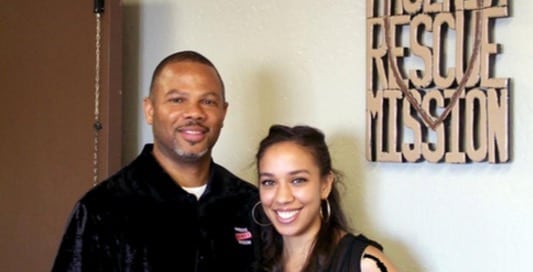 She couldn’t believe what she had just heard. He was not telling the truth, how could he be? Did he know her and kept his identity from her all this time? She had been looking for her father for years, and now, with just 3 simple words, her life and all she had known unfolded right before her.

An Arizona man barely in his twenties was fighting to gain some type of control over his life, his alcohol, and drug abuse had intensified, and he knew it was a downward spiral from there. Will Russell had fallen victim to a slew of addictions and didn’t have the means or support to help conquer them. One day, Will’s girlfriend who was also a dependent drug user informed him that she was pregnant. But, with a heavy heart, he knew one thing and was aware of the choice he had to make.

Despite the fog of their substance abuse, they knew they had a choice. They had no income; no family support and all their money were spent on their habits. They were keenly aware that neither of them was in any way prepared to be parents. They surrendered the newborn baby up for adoption, but still, Will had no idea how his precious little girl would one day reappear in his life.

Like many adoptive children, some have a recurring urge to embark on biological searches that could provide them with answers they seek. This wasn’t an exception for Amy Roberson, she had been put up for adoption when she was just a few hours old. As she was growing up, her questions grew too. But 24 years later she began her journey in search of her family tree. But what she didn’t know is that her answers would be a lot closer than she could ever have guessed.

With age, the mystery surrounding who she really was only increased. She needed to find answers to all those lingering questions. Amy started to uncover the truth about her adoption; the substance abuse both her parents suffered and how they couldn’t take care of her. She had a calling. She wanted to help those in need. She felt fortunate to have grown up in such a loving environment and knew what her biological parents had done by giving her up, knowing this was what was best for Amy’s future. She began volunteering in a soup kitchen at the Phoenix Rescue Mission. Something pulled her to that place. Soon, she will uncover why.

She began her searches with modern technology, as her adoptive mom had told her she knew her biological mother’s real name. Off Amy went and started her investigation on social media as she remembered the name of her biological mom, but nothing appeared. Then, at 23 years old she had a steady job, and two small children of her own. With such stability in her life, she began to wonder about her real parents. Her adoptive mom had found a clue that would change the course of her investigation.

Her adoptive mom had found a document that named Amy’s biological aunt. She knew there and then that this was a sign. Not only did the document provide Amy with her Aunt’s name but it also had her address on it. Without a second’s hesitation, she knew she had to go to the address. This was the first headway in her search for her lost family! As she arrived at the house a sense of anxiety came over her. Could she still live here after all these years? Amy’s thoughts were all over the place.

Amazingly, she did. Her aunt went on to explain that although she wasn’t in contact with her birth mom, she knew how she could contact her and gave her a phone number. Thrilled at this discovery, she excused herself and went to call her biological mom in private. There was no turning back. This is what she had been searching for: The first moment she was going to hear her real mom’s voice. The phone processed the phone number and began to communicate. Amy’s anxiety kept increasing with every beep, but to her joy, her mom did not only pick up but agreed to meet Amy!

Amy met her mom and four other half-siblings. As an only child growing up, she had always wanted brothers and sisters, but now, she found herself surrounded by love and support. But still, something kept bugging her… her mystery wasn’t solved yet. Where was her father? She needed to meet him. She asked her biological mom what her father’s name was, she answered: Andrew Russell. Excited. She investigated everywhere but came up with nothing. Still, a massive piece of the puzzle was still missing, and she couldn’t help but feel empty.

Months past and she kept her life as she did; working, taking care of her children and volunteering at the Phoenix Rescue Mission. But one day, she got a phone call that set everything in motion. She knew how to contact her father. Her biological mom had found one of Amy’s half-brothers’ Facebook. This was a huge discovery, there was no time left to lose. She typed a message and sent it. Her half-brother answered and gave her his father’s phone number.

All her childhood, her questions, and longing, the failed moments, the disappointment, all combined in a breathless moment and made her dial the number and wait for a connection. He picked up, and she knew at that moment that she had successfully reached the last missing piece of the puzzle. She heard a voice on the other side. Nervous but hopeful she asked for his name: Andrew? But there was a long pause on the other side. “This is Amy, your daughter.” But still, no answer. Had she made a mistake?

It’s Going To Be Ok

Amy had not been prepared for utter silence on the other line. Her heart was pounding as she tried to break the tension, pleading: “Say something.” Taken aback, in complete shock. The man on the phone, almost in a whisper said: “It’s going to be okay.” He continued to explain that he hadn’t gone by the name of Andrew in many years. Now, he had adopted his first name, Will. Both, in shock, made plans to eat breakfast the next morning. But they still had one more surprise to discover when they saw each other that would leave them with no words. What she would soon find out made her believe in all kinds of destinies.

The following July morning, Amy and Will reunited for the first time in 24 years. As Amy approached her father, there was something oddly familiar about him, she couldn’t pinpoint it. They ate their first meal together and relished in a conversation that seemed like a dream come true. Amy wanted to stay longer, but Will had to go volunteer. Fascinated, Amy asked where. And now she knew why he seemed so familiar: she had seen him before.

Will volunteered at the Phoenix Rescue Mission, as did Amy. But only fleetingly had they ever crossed paths. Will Russell was a changed man. After hitting rock bottom after giving up his baby girl 24 years ago for adoption, he knew he had to change. He sought help and got clean. This began his new journey as a pastor and a counselor for struggling addicts at the Rescue Mission. He started working in the soup kitchen but later changed gears. With his background, he knew he could help more people in the addiction counseling department. But what he didn’t realize is that his true blessing was closer than ever.

The coincidence is nothing short of remarkable. Their shifts in the soup kitchen while both were working there were unbelievably close. They were put on this planet to be destined to be together, they just didn’t know it at the time. She had finally discovered the last piece of her family puzzle, and she couldn’t have been more ecstatic about it. She could have never imagined how lucky she was. Now she had a massive family that was closer to her than she could have ever imagined.
Must Read
Genome Studies Manage To Find A New Branch Of Fungal Evolution
European Space Agency Budget Increases By 10 Billion For The Next 3 Years
Artemis 1 Finally Launches: What It Means For Space Travel And Exploration