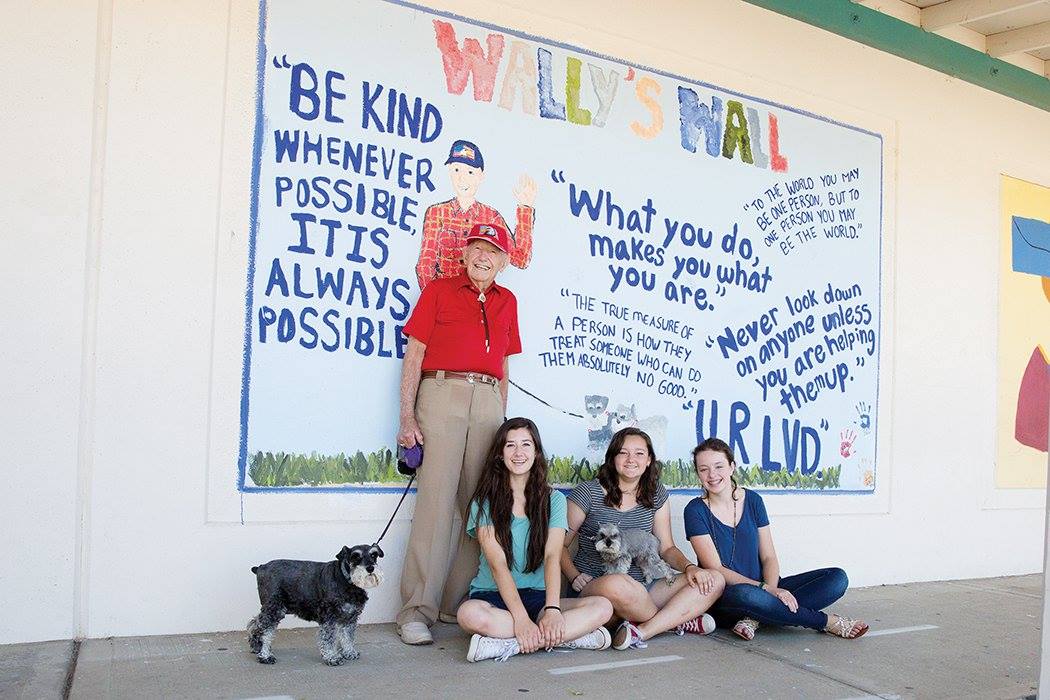 Audrey pouted in the back of the car. Gina hadn’t meant to be so short with her, but she was extremely concerned. She could feel her heart start to palpitate as she mulled over what her daughter had just told her. There was one question that she held in her mind: who was Mr. Knuckles?

Gina lived with her small family in California, and her daughter, Audrey, attended the Marina Village Middle School in El Dorado Hills. Gina was a conscientious mother and tried to instill solid values in Audrey from a young age. That was why she reacted the way she did when Audrey told her about “Mr. Knuckles”

Audrey was annoyed when her mother had thwarted her plan that particular morning. She had been dropped off at school, as usual, but her mother had dropped her at a wrong entrance. She had wanted to see the “cute little old man” before her classes started, and now she had missed him. She wondered angrily if her mother had done it on purpose.

Gina had done all she could in Audrey’s short life to keep her safe, and now she felt like a failure. All the cautions she had taken were still not enough to stop her daughter from breaking the “no talking to strangers” rule. When Gina had first heard Audrey refer to her “friend”, Mr. Knuckles, she had chalked it down to the little girl’s imagination. But Audrey was getting a little old for such flights of fancy.

Gina started to wonder if Mr. Knuckles was a real person. When Audrey had said that he waited on the corner to talk to her before school each day, her concern only deepened. She didn’t feel comfortable with the situation — and any mother would be wary of the prospect of a stranger who waited outside the middle school each day.

Getting To The Bottom Of It

Gina wondered if she was worrying for nothing. She reassured herself that Audrey was an intelligent child, but she couldn’t shake the little, worried voice in her mind. She decided to make it her mission to meet Mr. Knuckles, this strange man whom her daughter seemed so enamored by. So the next day, when she dropped her daughter at school, she had a plan.

Gina pulled up to the school and kissed Audrey goodbye. Then she waited and watched. And then, she saw that there was indeed a man standing outside the school’s entrance. She squinted her eyes to make out his features. He was short, wearing a red baseball cap, and he was old. She watched Audrey approach him with anticipation.

Audrey boldly walked up to the man, and they started talking. Gina couldn’t hear what was being said, though. Then, as she watched, the old man started to raise his fist. She didn’t need to see any more. She was out the car in an instant, leaving the keys in the ignition and the door ajar.

Gina’s heart was racing as she ran to reach Audrey. She was in a blind panic, with the instinct to protect her daughter driving her on. There were few times in Gina’s life that she had to move with such urgency, and she felt like she had never needed anything as much as she needed to get to her daughter — now.

As Gina arrived on the scene, she noticed that a small group of children had also gathered there. They wore backpacks and were also part of the morning’s trickle of students entering the school. Then, she heard the school children erupt with easy laughter. There were greetings of “Good morning, Mr. Knuckles”, and that’s when she realized that her fears had been unfounded.

Taking In The Scene

Gina, out of breath, stopped and took in the heartwarming spectacle. Wally Richardson, or Mr. Knuckles as he was affectionately known by the students, was engaging each child as they passed. The 94-year-old veteran warmly said a few words of encouragement to each child, and then sent them off with a handshake or a fist-bump.

Mr. knuckles had been greeting children for 10 years. His wife supported his endeavors and would join him in his daily routine at first, but unfortunately, she was unable to make the journey to the school now as she was finding it hard to get around. She was feeling her age wear on her bones.

Early each morning, Wally would dress, eat his breakfast, and make his way to the Marina Village Middle School. He would give the children advice, words of wisdom, and leave everyone with a positive disposition before school started. He chose to spend his twilight years making a difference in the children’s lives, and the children adored him.

Mr. Knuckles has been spreading positivity for ten years, and he doesn’t plan to stop anytime soon. The eccentric 94-year old has an incredible amount of energy and enthusiasm, and is a well-loved and appreciated element in the community. The students of Marina Village Middle School say that he is the best part of their day and the video of Mr. Knuckles greeting the kids on YouTube has reached an astounding 146,000 views.

Loved By The Community

The years children spend in school are arguably the roughest times of their lives, and Wally’s small gesture of greeting them and listening to their problems is an inspiration for all. Incredibly, he has managed to remain active at the staggering age of 94, and his positive outlook is what drives him to make a difference in the community. What will you do at age 94?
Must Read
Three Indigenous Tribes In The United States Will Get $75 Million For Relocation Due To Climate Change
A New Supercomputer Simulation Animates An Incredibly Accurate Look At Universal Evolution
Genome Studies Manage To Find A New Branch Of Fungal Evolution