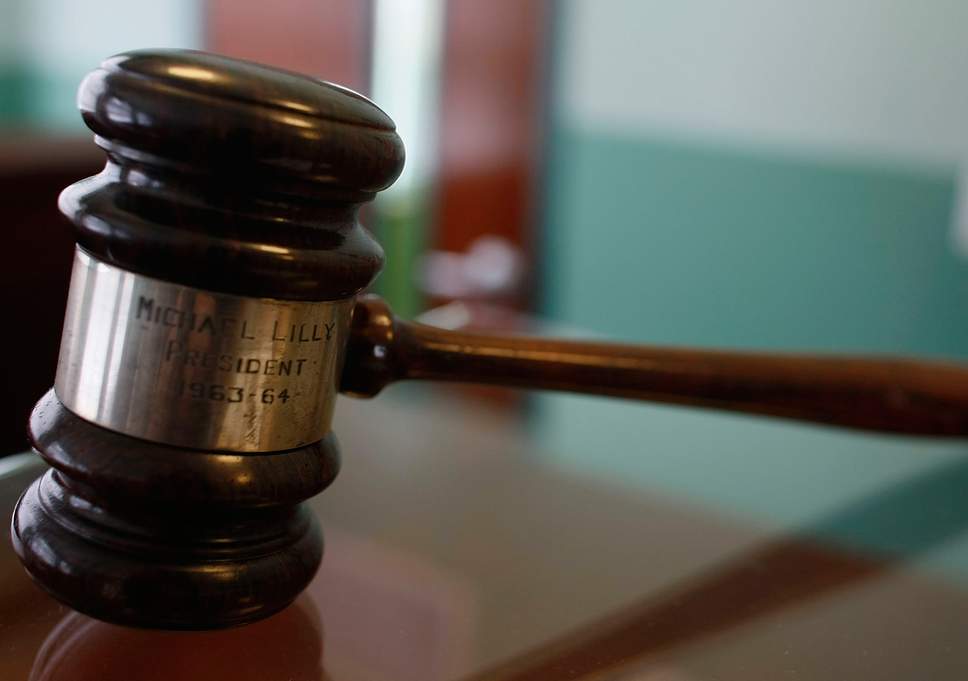 He was no stranger to giving out original and occasional humiliating sentences. His policy is an eye for an eye, but what made offenders before him think twice before committing a crime, was one particular case, it was so awful he had no other solution than to make his offender feel as terrible as the crime they had committed.

Municipal Court Judge Michael Cicconetti from Painesville, Ohio, is an animal advocate who has been giving out unusual punishments since the mid-1990’s. The judge presides over as many as 40 cases daily and has a habit of offering criminals ‘personal’ sentencing that fit their offense, instead of the more traditional route. He hopes this will teach offenders a valuable lesson as his creativity is unique and particular when it comes to animal abuse and neglect cases.

He has always been an animal lover as he had grown up surrounded by them. His family’s Dachshund mix, Herman, was a loving childhood companion. “He was the best pet a kid could ever ask for,” the judge said in an interview. Today, he is the proud dog-dad to a 10-year-old Bernese Mountain dog names Kasey. His love for her goes far and beyond and can’t understand how someone could hurt such defenseless animals. He’d had enough. Offenders for such crimes were going to pay.

With his compassion for animals, Judge Cicconetti tries to give offenders a taste of their own medicine, still within the parameters of the law. He gives out cruel and unusual punishments but ensures that no one is put in danger. “Child neglecters and drunk drivers must take mandatory courses as part of their sentences – why not those who harm animals?” But still, Cicconetti can’t punish everyone as he would like.

Judge Cicconetti punishments are reserved for a small percentage of first-time offenders, but when someone repeats the crime, he can no longer sentence them the way he would want. One case, in particular, sent Cicconetti over the edge, he could not punish the man the way he wanted to and ended up giving the man a piece of his mind. This made his creative ways spiral even further.

He doesn’t only reserve these punishments for animal inflicted abuse, but overall, it’s a common thing among his courtroom. What the judge does is simple. He exposes criminals to the crimes they have committed hoping this will make them think twice before ever doing something like that again. And it usually works. One woman had two options, a creative sentencing or prison time. The answer startled the courtroom.

Victoria Bascom took a taxi from her home to a friend’s house 30 miles away. As she got close to her destination, she decided to dash out the door and not pay the driver. This didn’t end well. The driver took her to court, and Judge Cicconetti gave her two options: Trek the 30 miles in 48 hours wearing a GPS strapped to her ankle which could monitor her movement or spend 30 days in jail. She chose the trek. But this wasn’t the only recent creative sentence that got the media’s attention.

A woman pepper sprayed a Burger King employee. The reason? No one knows. But Cicconetti had a plan up his sleeve. The judge told the woman she was going to get a taste of her own medicine as he allowed the employee to pepper spray her. The two options: Get pepper sprayed or go to jail. Surprisingly, she chose jail time but then changed her mind. The pepper spray bottle was filled with water, but the woman did not know this until she was hit with the liquid. Judge Cicconetti was used to weird offenses appearing in his courtroom, but two cases, in particular, had him fuming.

As Disgusting As Her Crime

The Judge was presiding over his courtroom like he usually would when a woman walked in. It was her first offense, so he knew he could get creative with the sentence. But after hearing her out, he knew. Not only would he have to change it up a little bit, but he wanted her to feel as disgusting as her crime.

Alyssa Morrow was ordered to spend the day at the dirtiest and most disgusting dump they could find. She had neglected her 7-year-old dog by making him live in absolute filth in her house. The dog was also emaciated as she wouldn’t feed or take care of the poor pup. “I want you to go down to the county dump, to the landfill, and I want them to find the stinkiest, smelliest, God-awful odor place they can find in that dump and I want you to sit there for eight hours tomorrow, to think about what you did to that dog while you smell the odor. If you puke, you puke.” Said Judge Cicconetti at the hearing.

In another awful case, a woman running an elicit animal rescue abandoned 35 kittens in the woods on a freezing cold night. When Judge Cicconetti heard about the case, he knew exactly what he was going to sentence her with. The woman had to spend a night alone in the snowy wilderness, along with a fine and jail time. “How would you like to be dumped off at a metro park late at night, spend the night listening to the coyotes … listening to the raccoons around you in the dark night, and sit out there in the cold not knowing where you’re going to get your next meal, not knowing when you are going to be rescued?” He told the offender.

But there was one case in particular that shook him to the core. If it had been up to him, Michael Sutton would have been the latest recipient of his wrath. “I know what a lot of people would like to do to you,” he said to Sutton. But this criminal’s actions weren’t his first offense so Judge Cicconetti couldn’t let him off with an eye for an eye ruling. Instead, Sutton was sentenced to six months in jail and given five years’ probation. This was still far too minimal.

Michael Sutton pleaded guilty to animal cruelty charges after police said he admitted to these. Building staff found the dog in a trash compactor and called the police. Sutton was later arrested. While in custody he admitted something else, far worse than anybody could have ever imaged.

The 23-year-old Ohio man told investigators that he had harmed his dog. A lab-Pitbull mix named Knox. The puppy had had an accident and urinated on Sutton’s bed “forcing” him to hurt the little pup. A humane officer called it the worst case of animal cruelty she’d ever investigated, and Judge Cicconetti couldn’t help but shout out words that will forever echo his courtroom. “You are just vicious. You are revolting. You are cruel. You are inhuman, what you did here. Oh, would I like to put you in a dumpster? Oh, yeah. I would love to do that.”

The Judge also forbade Sutton from ever owning an animal. “I wish I could say you’re not allowed to be around people, ‘cause look what you do.” After the sentencing, Sutton seemed to be very emotional and had some sort of compassion for these animals. He went on to blame his mental condition for his crime. But Judge Cicconetti didn’t believe a word. “I am sick and tired of people coming in here blaming this on mental illness,” he said.

He added: “I’d like to give you one of those creative sentences, but that’s for people who can be rehabilitated, people who are first offenders. You are not. You are not one of those people. You are just brutal and savage, and that’s all there is to it.” Sutton deserved every last word Judge Cicconetti threw at him. But still, there’s a lot more work to be done regarding animal-abuse laws.

Goddard’s Law, which was sent into effect in 2016 makes the crime of abuse towards a companion animal a felony. Of course, Judge Cicconetti completely supports this, but still, they are a lot of offenders who go unpunished. He hopes that by giving creative and unusual sentences, more people in power will provide penalties like these and will encourage a more severe law for animal neglect. He’s just one step closer to improving laws regarding animal abuse but not there yet.

He also wants to implement mental evaluations for those responsible for animal-related crimes and in the near future would also like to apply a registry for animal abusers like there is for sex offenders. This way, everyone can know if their animal is near harm and it can control potential adopters at rescue organizations. Judge Cicconetti has reduced repeat offender rates with his creative tactics. We can only hope this gets achieved nationwide soon.
Must Read
Early Human Migration To The Americas Now Linked To Climate Change
Can Science Bring Back The Dodo Bird? One Lab Thinks It Can
Human Geneticists Finally Apologize For Horrific Past Experiments On Humans