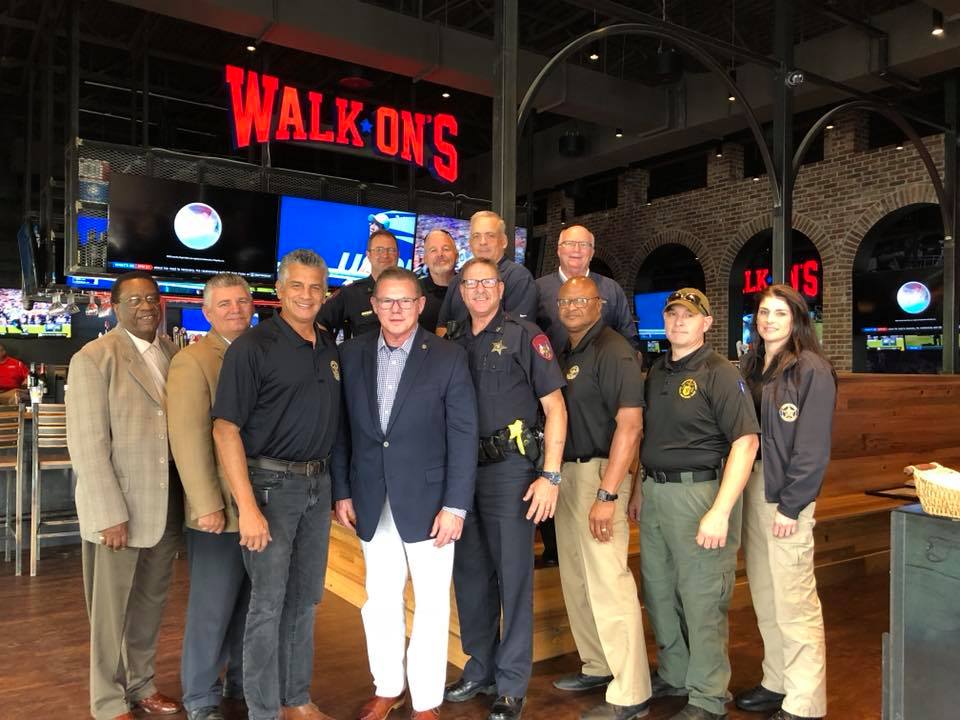 He stared in utter disbelief and horror and couldn’t believe he had been so careless. The scene before him was one of nightmares. The back half of her hung flailing against the garage door. If only he had checked on Bella before he had left home, the unthinkable wouldn’t have happened. He never thought for a minute that she had been in danger.

Responding To The Call

Deputy Mike Scott was going about his day when he received the call. It was four days after Christmas, and things had been quiet in Louisiana. It had been raining heavily, and many houses had taken on water during the flood. He said later that nothing could prepare him for what he found when he responded to the call.

Supplies For The Flood

Bella’s owner had gone to the store, like many homeowners, to fetch supplies and equipment to deal with the flooding that had occurred in his neighborhood. He went down to the garage, got into his car, and left without a backward glance. If he hadn’t been preoccupied with the mental list that he had compiled in his mind, he may have noticed something odd about his garage door as it slowly creaked closed behind him.

Pleased with his purchases, Bella’s owner made his way back home, totally oblivious to what scene was unfolding right in his own driveway, and completely unaware of his terrible mistake. If he had known what threat a commonplace electric garage door posed to his loved ones, he would have been more careful. When he arrived on the scene, he vowed never to make that costly mistake again.

Bella’s owner pulled into his own driveway to a scene of absolute chaos. There was a crowd of hysterical people gathered in front of his house, pointing and shouting. In the midst of the throng of people was Deputy Mike Scott, who was the only one who seemed to have some composure. Then he saw what they were all staring at, and his skin grew cold.

Deputy Mike stayed calm among the group of people. He knew he had to remain cool-headed and think logically. He assessed the horrific situation from every angle, and made a mental calculation. He knew exactly what to do, but he knew he needed help. That’s when Bella’s owner arrived on the scene, his face frozen in astonishment, and his mouth forming three words.

“My God, Bella!” he yelled in horror. And there she was. His beloved cat and companion was hanging from the top of the garage door, with her little legs dangling off into thin air. Then he realized that something was sickeningly wrong. Her little body was being crushed, and he could only see her furry hindquarters. Her head and upper body must be on the other side of the door.

Poor Bella. She had been sunning herself on top of the then horizontal garage door when her owner had closed it behind him, and she must have panicked as it started to move. She scrabbled upwards and tried to get over, but she didn’t make it in time, and she was crushed between the upper frame and the hard wooden door with no means of escape.

Deputy Mike Scott thought the situation looked hopeless. Then Bella had feebly kicked her back leg, and he knew she was still alive. He had to get her out, and quickly. He made a move to start removing the paneling above Bella, so that he could safely slide her out without further damaging her little body. Everyone saw what he needed to do, and lent a hand.

Construction workers who were luckily nearby brought their machinery over as everyone moved to help extricate the cat. They removed the molding delicately and painstakingly around her, until there was a space big enough to pull her out. The plan was working, but they didn’t yet know if the cat would survive the harrowing ordeal. The process took several hours.

Finally, the moment everyone had been waiting for had arrived. The molding had been removed enough to remove Bella. Deputy Mike Scott gently slid her out, and although she was visibly shaken, she let out a grateful “meow”. Bella was carefully inspected for injuries, and thankfully, she seemed like she had survived unscathed. She was battered and probably sore from being crushed by the heavy door, but she was alive.

Closing garage doors are a very serious peril to cats everywhere. There have been many incidences where the cat has been in the same predicament, but has not been so lucky. Always check your garage door for errant cats who may be hiding on top, it may save their lives. Bella’s owner is sure to never make that mistake again!

Not A “Cat Person”

Deputy Mike Scott’s quick thinking and the camaraderie of the crowd that all wanted to help had ensured that Bella the cat was rescued and had emerged unharmed. When asked about the ordeal, he said “I am not much of a cat person, but no one wants to see an animal suffer…. After losing so much from the flood, I was happy that I could save the homeowner’s cat. Thank God for miracles and good neighbors.”

The story of Deputy Mike Scott of the Ascension Parish Sheriff’s Office in Louisiana coming heroically to Bella the cat’s rescue has gone viral all over the world, and is a lesson for all. Mike Scott’s willingness to help an animal in need, no matter how difficult, and the manner in which the close-knit community pulled together is a story of how people willing to help can save a life. I’m sure Bella agrees.
Must Read
European Space Agency Budget Increases By 10 Billion For The Next 3 Years
Artemis 1 Finally Launches: What It Means For Space Travel And Exploration
Clam Species Presumed Extinct For 40,000 Years Has Been Found Alive