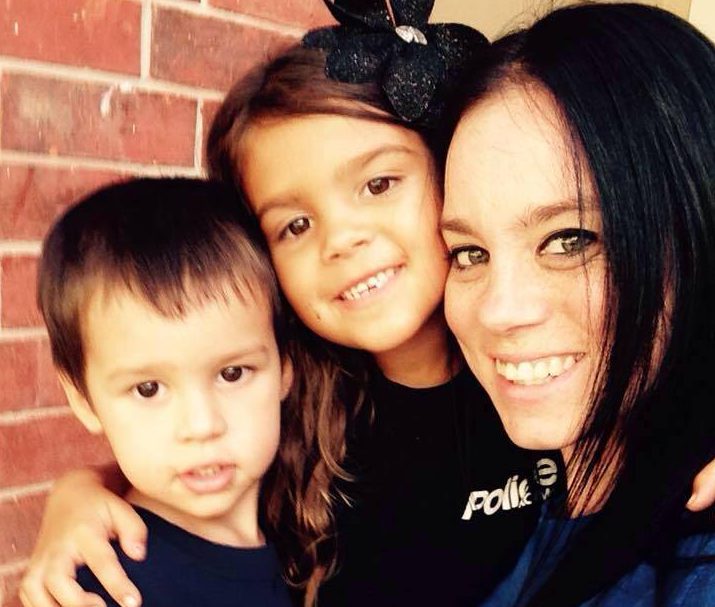 It started like any other day. Jeff Colvin started on his daily patrol of the neighborhood and looked over to the Scale home for the small, familiar hand in the window. Today, however, there was no child excited at the window. No child at all. A dreadful feeling hit the pit of his stomach.

Young Klynn Scales had a rough start. Born and raised in a bad neighborhood in Kansas City, Missouri, she wasn’t given many chances to succeed in her life. The nine-year-old often went without food and had other things to worry about besides her lack of nutrition. She wasn’t alone in the house.

She had two younger brothers to take care of, who also weren’t getting enough nutrition. With her mother never around, and stuck in a neighborhood characterized by unkindness, a heavy responsibility weighed on young Klynn. She’d have to do the unthinkable in order to keep her and her brothers healthy.

In order to feed her family, Klynn had to do something no child should ever have to do: steal. Slinking into the local 7-11 gas and convenience store, Klynn tried to make off with the food she and her brothers needed. Guilt plagued her, and soon she was reported to the police.

A Light in Her Life

The Kansas City Police Department became aware of Klynn and her family, and the responsibility with which Klynn had to make her decisions. One officer named Jeff Colvin often patrolled the area and made it his mission to keep an eye on them. He’d soon find this decision paramount to the family.

Beginning with a Greeting

It all began with the simplest of human greetings: the wave. Though Klynn Scales never knew his name, she would wave excitedly at him through the window of her home, and the cop would always return it. Gradually, her waves became more excited each time he passed. Through this routine, the acquaintanceship became something more.

“Through all the bad situations,” Klynn Scales said as an adult, “I would just picture him saying that he was here for us– and that if we ever needed him, he would be right there. Those words would come to me during the worst times of my childhood life.” But were they true?

Given that her mom wasn’t around often, Klynn didn’t have anyone to rely on but the officer who passed her window every morning. “He was the one person that I trusted in my life as a kid,” Klynn said. When the officer passed her house and she didn’t wave back, that faith was tested.

When he didn’t see her hand, the concerned officer decided to check on her. This turned out to be the right call, because when he opened the door, he was shocked to find her on the ground, struggling to breathe. He quickly got her to the hospital, wondering if she’d live.

He never found out. After leaving the hospital, the girl – who it turns out had severe malnutrition – was whisked away to Texas by her family. She never learned his name, and he hers. It wasn’t until Klynn was an adult with children herself that she wanted to change that.

The Power of People

Determined to find the man who saved her life, Klynn used social media to reach out and see if anyone knew who it had been who’d rescued her that day when she’d been all alone. As time stretched on she almost lost hope in finding her cop- until she got a comment one day.

The message was from Jennifer Jones, a Seargent of the Kansas City Police force back in Missouri. She knew exactly who Klynn Scales was talking about, and decided to arrange a meeting between the two. But would the cop, who’d probably saved countless lives before, remember his little window buddy after so long?

Turns out that he’d “thought about her, and wondered whatever happened with her.” Ecstatic at finally meeting again, he of course agreed. The two set up a time, and Scales even cried with joy when she saw him. And she had big news to tell her childhood “guardian angel”, as she called him.

Following in His Footsteps

It turns out, inspired by his actions, that Klynn Scales became a police officer herself in Houston. And now that she knew his name, she added another reminder as to why she protected the streets like he had: a personalized bracelet of his name and the words: “A True Hero”. His impact didn’t stop there, however.

The Kansas City Police shared the story on Facebook, and soon the stories came tumbling in from others who had been touched by Jeff Colvin. It reminded him why he became an officer of the law in the first place. Scales had one last thing to say on the matter, touched by the overwhelming response.

“Jeff Colvin is not just a hero to me,” Klynn said, “but my guardian angel also. He was there when I had no one… I hope one day I can become someone’s hero, or make a positive impact like you did mine.” Sometimes, all it takes is a waving hand to influence a man’s life – and his community.
Must Read
New Study Suggests Teacher Evaluations May Perpetuate Academia's Gender Biases
Rare Earth Elements Can Potentially Be Pulled From Coal Waste
United Arab Emirates Names Oil Chief To Lead Upcoming Climate Change Conference