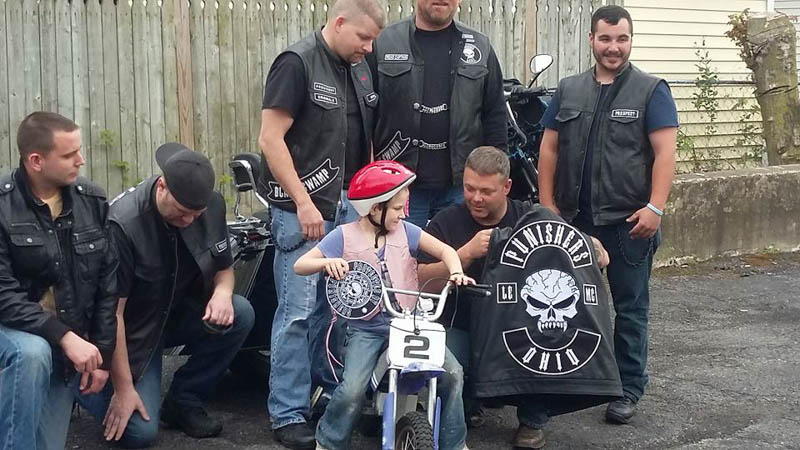 The Odd One Out

School isn’t the easiest place to be for some kids. Especially if you are a little different. For Audrianna Reynolds, this was her everyday life. Audrianna had a style of her own and stuck by it proudly. But a handful of kids made it their job to make her life miserable. All because they didn’t understand her. But this all changed one day when the most unlikely heroes showed up at Audrianna’s house.

Audrianna Reynolds was a happy go lucky little girl. She had just turned seven, and up until recently, led a happy life. Her home life was picture perfect. Sure, they were no Rockefeller family, but her parents provided her with everything she needed. But as she got older, Audrianna began to develop a rather unique identity of her own. And it all began with her wardrobe.

Picking Her Own Closet

Audrianna’s mom had always fantasized about having a little girl. She couldn’t wait to dress her in pretty pink dresses and bows to match. But unfortunately for Alexandria, Audrianna would have none of it. Audrianna preferred to wear comfortable jeans and golf shirts. On top of that, she insisted her hair be cut short, as long hair irritated her. But even though she supported her child, Alexandria couldn’t shake a looming feeling in her gut.

Alexandria knew life could be tough on the playground as a kid. Children can often poke fun at those they don’t understand. She grew nervous that her child would soon become the center of attention for all of the “it” kids at school. And the second she cut Audrianna’s hair, Alexandria’s suspicions were proved correct. But things only got worse when Audrianna discovered her one, undying passion.

No Dolls For This Little Lady

On top of her tomboyish apparel and haircut, Audrianna had another unorthodox interest. Whilst most seven-year-old girls fantasized over the latest Barbie Dream Home, Audrianna found a love for dirt bikes. She dreamt about competing. When asked what she’d like to be when she grew up, Audrianna’s answer was always the same. A professional dirt bike rider. Surprisingly, her parents’ reaction inspired her passion more!

Luckily for Audrianna, she came from an incredibly understanding home. Her parents encouraged all of their children to simply be the best versions of themselves. This made for her passion to grow extensively. For her birthday, her mom and dad spoiled her rotten. Audrianna received a dirt bike of her very own! This was all she ever wanted. Audrianna was elated by the generous gift. But not everyone shared her enthusiasm.

Things Get Tough At School

A school can either be amazing for a child, or the polar opposite. Unfortunately for Audrianna, her experience became the latter. After she shared her enthusiasm over her birthday gift, fellow students developed opinions of their own. And they weren’t always the most supportive. Audrianna put up with constant derision for over a year. And things began to look bleak for the tomboy. But luckily, she had something that kept her going.

A Thick Skin Gets Her Through

Audrianna’s parents had been sure to raise independent kids. They knew the world could be tough, so they wanted them to be able to stand up for themselves. And Audrianna did just that. She never responded to her schoolmate’s comments. She merely brushed them off and did her best to turn the other cheek. She kept reassuring herself that they were just jealous. But no matter how tough a kid is, there is always a breaking point.

After a full year’s worth of unwanted attention, Audrianna began to crack. And he mom, Alexandria, could see it happening. This left Alexandria feeling utterly helpless. Audrianna would come home in floods of tears almost every day of the week. And no matter what encouragement she offered, Alexandria found herself consoling her daughter day after day. This grew tough on the family. But one day, things got worse than ever before.

One afternoon, Audrianna was in floods of tears. Her mother did her best to comfort her child. Alexandria felt as though her heart was tearing in two. Then, Audrianna began to refuse to go to school. This was nuts! She had always loved the classroom! But now, because of a group of toughs, Audrianna’s love of education had been affected. Alexandria needed to come up with a plan and fast. Then, she had the best idea yet.

One day, as Audrianna was getting ready for school, she heard a roar outside. She raced to her driveway. There, she saw a massive biker gang pulling up along her street. Her eyes lit up and she was utterly enthralled. Then the unthinkable happened. They stopped right in front of her house and began to talk to her! Audrianna couldn’t believe it! Then they offered her a ride.

Turns out, Alexandria had organized the biker gang to escort her child to school. Made up of policemen and veterans, she knew her child was in good hands with The Punishers. And Audrianna couldn’t have been more thankful to her mom. The Punishers had made her her own custom little vest along with a matching helmet. As she pulled up to school, her classmates gaped on in awe. That’s when thing began to change.

Smooth Sailing From Here On

Thanks to her grand entrance, Audrianna’s life at school grew better. She actually gained the respect of most of her classmates. The toughs who had given her a hard time had been sufficiently put in their place! And Audrianna was the same happy little girl she had been a year before. This left her mom emotional. And as their story was shared, Audrianna began to inspire thousands.

When people caught wind of Audrianna’s story, they were truly moved. She showed the world that you can love what you choose to and not live in fear of others. But probably the most touched by her story were The Punishers themselves. This gang was incredibly moved by how much of a difference they had made to one little girl’s life. But the message behind everything was the most moving of all.

Be Your Best Self

Be true to who you are. That is the underlying message of this whole situation. Audrianna stuck to her guns, even when people didn’t want her to. One little girl’s bravery has helped other kids in similar situations stand up for themselves. We know this little girl will fly through school now with her adopted uncles, The Punishers, by her side. We doubt she’ll ever face the same trouble she did previously.
Must Read
European Space Agency Budget Increases By 10 Billion For The Next 3 Years
Artemis 1 Finally Launches: What It Means For Space Travel And Exploration
Clam Species Presumed Extinct For 40,000 Years Has Been Found Alive