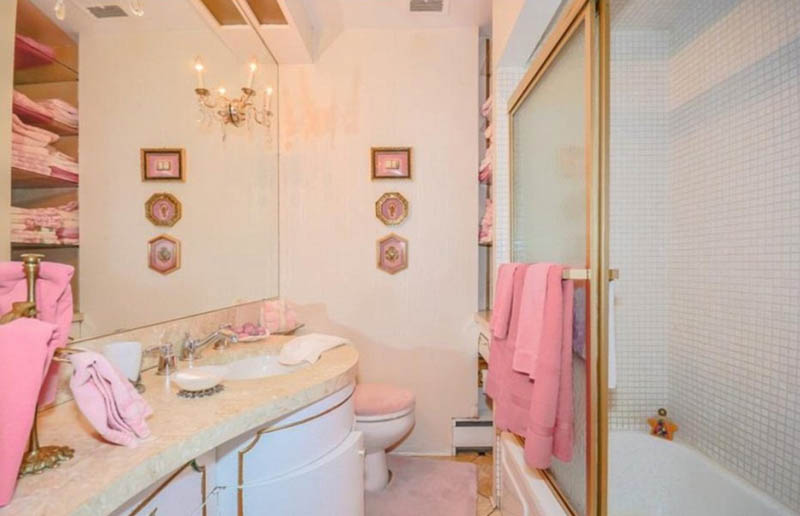 As she entered the house, her knees almost gave in. She fought hard to keep her composure while the sweet old lady welcomed her into her home. But the astonishment she was feeling was almost too much to take. She had tried to prepare herself before visiting, knowing this house was not like others she had worked on. But what she saw that day was something not even the most seasoned professional could have anticipated.

The Home That Time Forgot

148 Jane Street seemed like nothing more than a mundane street name to Gladys Spizzirri and her sister Carla. This realtor pair had seen many homes in their day. But none quite like this one. One day, they got a call from an elderly lady, claiming she was ready to sell her house. But Joyce dropped a bombshell on them which they were not prepared for. Something that one would only believe once they had seen it for themselves.

And it’s not like they were amateurs. Gladys had been working in the real estate business for almost three decades and had seen pretty much everything. She was an experienced broker and worked with a team of experts who knew the Greater Toronto Area like the back of their hands. Then, in 2009, a new addition to the team made their enterprise even stronger. Gladys’ sister, Carla, joined as a sales representative — and business took off.

Carla and Gladys were a formidable sister act. The pair worked like clockwork together in the real estate realm. One would sell while the other would close. And they seemed to be unstoppable. There wasn’t a house these ladies couldn’t sell. That was until 148 Jane Street. This home was a total anomaly. And it all began with one, peculiar phone call.

One day, the phone rang in the Spizzirri offices. When Carla answered, she was met with a strange voice. On the other line was the potential seller, Joyce. Most sellers have an air of confidence about them. But Joyce was different. Carla detected a hint of hesitancy in her voice. Throughout their conversation, Carla reassured Joyce that her home would be in good hands and they would fetch the best offer for it. But when Joyce revealed something, Carla almost fell off of her chair.

Age Is But A Number

Joyce explained that the reason this was so difficult was that she was ninety-six-years-old. As such, she had a ton of memories in her home. Carla was amazed at the sheer lucidness of Joyce. And the fact that she still had impeccable hearing! Carla thought back to conversations she had with her own grandmother. She practically had to scream over the phone. But Joyce was not done dropping bombs yet. The next tidbit of information sent Carla reeling.

What 70 Years Will Do to a Place

When Gladys and Carla learned that the house had remained untouched for 70 years, they flipped. Surely the house would be in a state of disarray by now. Especially since the owner was ninety-six-years-old. There’s no way a woman of that age could keep a home tidy. The pair began to ponder over the state of the house. They grew wary over the cleanliness and expected to find a hoarder’s home. But at least they knew one thing.

Joyce’s house was on Jane Street, in the Old Mill neighborhood of incorporated Toronto. Carla knew this was a well-to-do area that housed wealthy residents and high-end businesses like boutique hotels. She knew they could get a big asking price for this house, so she got off the phone and did some calculations. The property’s estimated value came in at a mindblowing number.

The home’s location would ensure that it would go quickly. Other properties which had been shown there were snatched up quickly. They did a calculation based on other listings in the area. They were blown away when the estimated value of the property came in at $968,000. But the pair were worried about the condition of the house. How much fixing would it require? Especially since it was left standing for seventy-two years. But soon, another problem presented itself.

A Change Of Heart

Seventy-two years is a long time to say goodbye to. And sometimes it isn’t so easy. Joyce seemed to be struggling with the idea of saying goodbye to her home. And understandably so. However, this hesitancy became a looming issue for Gladys and Carla. Joyce seemed to be on the fence about whether or not to go forward with the listing. This put a pause on their business. But also raised suspicions in the realtors.

Scared Of What They Would Find

The pair of realtors grew suspicious at the hesitancy. An unwillingness to let go is a common trait in hoarders, who also tend to be elderly people. Though the condition starts manifesting in childhood, the symptoms significantly worsen when they reach old age, because they’ve had a whole lifetime to collect items and they become isolated from family members who could otherwise monitor the situation. It was a phenomenon the sisters were no strangers to.

Carla and Gladys had dealt with compulsive hoarders many times before. They shuddered to think what was on the opposite side of the door. However, the fact still remained that the home was in a prime area. This spurred the ladies to seal the deal with the hesitant owner. Together Gladys and Carla managed to comfort Joyce. And then they asked Joyce to do the unthinkable.

Harder Than It Looks

Gladys and Carla had still not viewed the house. This was another missing cog in their attempt to sell the property. Before they could vindicate their listing, they needed to see the site for themselves. Joyce had sent them a location and outside photo, but that was all. The pair knew what they had to do. They had to convince Joyce into letting them see her home. But when she agreed, the pair were not expecting to see what they did.

Luckily, Joyce finally decided to go ahead with the sale. She agreed to let the pair come in and assess her home. Thrilled at the prospect, Gladys and Carla quickly set to work. They arrange all they needed for the home assessment. The ladies were all set and finally off to view the house! But when they arrived, everything changed. Nothing could’ve made them ready for what was inside.

When Carla and Gladys entered the home, they nearly fell over. It was as though they had stepped into a pristine time capsule from the 40’s. the home was decorated immaculately! The pair could not believe their eyes. It was the most stunning interior they had seen in a long time. Joyce graciously welcomed them into her private haven. Room by room, the pair grew more in awe of the home. But they realized one downside to its amazing interior.

The house was stunning. But it was incredibly feminine. Soft pastels graced the walls with dainty furniture to match. A few rooms, such as the guest bedroom, were intensely colored. Vibrant pinks and splashes of gold were everywhere. There was only one place in the house that indicated the presence of a masculine inhabitant.

The den’s decoration was much less girly, with wood paneling all over the walls, ornamental swords, and a wet bar. This is probably where Joyce’s husband spent most of his time. The backyard, in contrast, didn’t seem to have seen much action, as the AstroTurf that covered it was spotless and pristine. Carla and Gladys knew they had stepped into a keeper. But there was still one thing left to do. An inspection was needed. So, the pair set to work.

Carla and Gladys ran a full inspection of the little house. And to their amazement, it was as good as seventy-two years ago! Not only had Joyce kept her home spic and span, she had maintained all parts of it immaculately. A fault could not be found in the idyllic little home. Thrilled at what they saw, Gladys and Carla headed back to the office in a hurry. But when they posted the listing, the house went viral.

A Look Back In Time

When people saw the little home, they absolutely flipped. The quaint interior and well-kept home touch many people’s hearts. The house was endearing. And when people heard the full story of the history behind the home, it was even more touching. This wasn’t just someone obsessed with the 40’s. This was actually a real historical representation of the seventy-two-year-old house saved from time. But Joyce had one more thing to share.

The only thing that had changed in the house in the past seventy years was the kitchen. Joyce had it refurbished in the mid 60’s. but according to her the stove still works like a dream! This little piece of history touched millions of hearts around the world. It was incredible to see how one woman lived her dream for so many years. Now the only thing to wonder is whether the new owners will uphold the tradition!