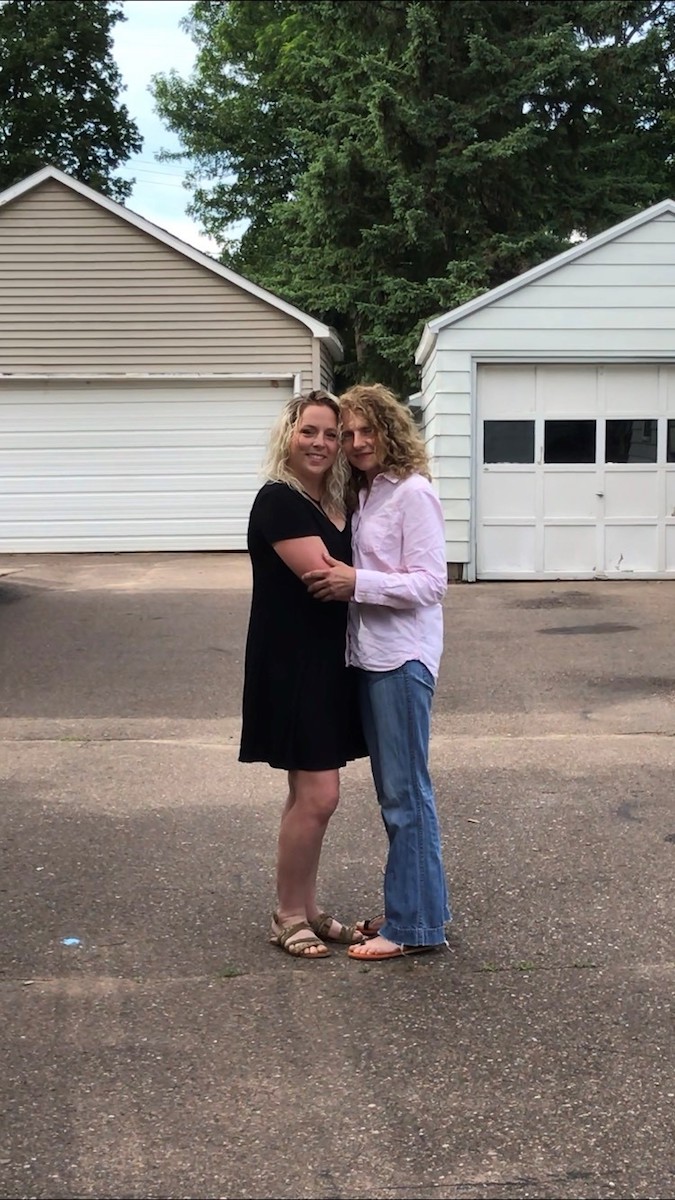 Too Good To Be True?

She rubbed her eyes and squinted, incredulous at what she was seeing. There was a package outside with a name on it – when she saw it, her heart started racing. “Could this be real?” She thought to herself. After years and years of fruitless search, could she have finally found what she’d been looking for? It was too crazy to believe, but stranger things have happened. Before declaring victory, though, she had to know for sure.

For Hillary Harris, this was the culmination of an endeavor that had been going on for years. She had been adopted as an infant, and her parents told her when she was in kindergarten. Luckily, her adoptive parents were kind and loving, so she didn’t give it much weight – until she was 13 years old. She lost her adoptive mother, which left her with a feeling of emptiness that she thought could be filled by finding out about her birth parents.

The Search For Her Past

Throughout her teenage years, Hillary would often go online to search for any information related to her birth parents, but she didn’t find much. When she was in college she went on Ancestry.com. However, the free version didn’t produce a lot of information, and as a college student, she couldn’t afford to pay to know more. So she put it on hold and moved on with her life. Eventually, though, that impulse arose again.

Hillary got married to a man named Lance, and in 2012 she became pregnant with their daughter, Stella. Wanting to know her family’s health history for her baby’s sake, she decided to pick the search back up. This time, she thought she might start by looking for the agency that handled her adoption. She went online and searched for agencies within the county she was born in until she found it: Catholic Charities. Now she had to see if they were willing to give her any information.

Hillary filled out an online form requesting any available information regarding her adoption and her birth parents. Sometime later, she received a call from the agency, and the news couldn’t have been better: her adoption had been open, so they were allowed send her a packet with all the information they had. Hillary waited impatiently for the packet and finally, after a couple of days, it arrived. But the search for her biological family was not over.

Now She Had Names

The packet contained her birth parents’ names and some information about them. That’s when she found out that her biological father, Wayne Clouse, had passed away in 2010. The packet included his obituary, which had the names of Wayne’s children on it. Hillary saw that she had two half-sisters: Dawn and Renee. She also had two half-brothers on her birth mother’s side, so she had her work cut out for her – she was determined to find her biological family.

Finding her half-brothers was not hard, and after a couple of years, Hillary was able to connect with them and meet them. But, for some reason, finding her sisters on her father’s side proved to be much difficult. Se searched everywhere, trying with the name Clouse as well as their married names which were included in the obituary. All she could find was that Dawn had been crowned Miss Loyal Corn Fest in 1983. It seemed like she’d hit a wall and she might have to give up the search.

A few years later, a married couple bought the house next door. It was a fixer-upper, so they didn’t move in right away and instead opted to remodel it first. The two houses shared a driveway, so the Harris knew it was important to have a good relationship with their neighbors. Lance went out and introduced himself, but Hillary hadn’t had the chance to meet them yet. Her daughter Stella, though, was quick to become their friend.

For some reason, Stella was very intrigued with the new neighbors, especially the wife whose name was Dawn. Stella would constantly go over while she was doing repairs, offering to wash screens, pull weeds, and help in any way. Luckily, the lady seemed to be nice and friendly. Then one day, Hillary saw a truck delivering some building materials. Over the package, there was a banner with the neighbors’ last name on it: Johnson. Her jaw dropped to the floor.

Could It Be Her?

Her new neighbor’s name was Dawn Johnson, and Hillary knew she was from Greenwood from what Lance had told her. One of her half-sisters was also Dawn Johnson from Greenwood, as per the obituary. What were the chances that her long-lost sister would move in next door? Hillary was overwhelmed, nervous, and excited all at the same time. But what if this was too good to be true? She had to make sure, so she texted Dawn.

A Strange Line Of Questioning

Dawn, who’d given the Harris her number in case something happened at the house, thought it strange when she got a text from Hillary. “Your last name is Johnson and you’re from Greenwood, right?” Dawn replied yes. “Were you Miss Loyal Corn Fest in 1983?” Dawn didn’t know how Hillary knew this but texted back yes. Then the next question: “Who is your dad?” Dawn replied, “Wayne Clouse. Unfortunately, he passed away in 2010.” Dawn had no idea the storm of excitement that had just erupted at the Harris’ house.

After reading Dawn’s reply, Hillary, Lance, and Stella all started jumping up and down in excitement, screaming “It’s her! It’s her!” Then Hillary texted Dawn back and asked if she could call her. She was nervous but steeled herself. When Dawn answered, Hillary started explaining how she was adopted, and that she knew who her birth father was. Before she could continue, Dawn blurted out, “You and I have the same dad?” Hillary then told her about her father’s obituary. Dawn was dumbfounded.

Dawn had no idea she had a half-sister who was given up for adoption. But, in truth, there was much she didn’t know about her father Wayne. She grew up with her sisters Renee and Dana, and when she was 14 she found out the man she thought was her and Renee’s father was actually their stepfather. At the age of 18, she met her biological dad, Wayne. But her relationship with him had its ups and downs.

Dawn didn’t have a close relationship with Wayne until she was in her 30s when he became ill and wanted her near him. Then, about a decade later, he was diagnosed with cancer and passed away. Not long after, Dawn’s mother also became ill and died. Her passing left Dawn with a feeling of emptiness. But meeting her long-lost sister and niece made it all go away.

The day after their phone conversation, Dawn showed up at Hillary’s house with flowers and a card and told her she was happy she found her. Dawn showed her pictures of their father and they talked more about their lives. They started spending time together and soon became very close. Having Stella also made Dawn really happy, since her children were all grown up. Now they are best friends and do everything together.
Must Read
Genome Studies Manage To Find A New Branch Of Fungal Evolution
European Space Agency Budget Increases By 10 Billion For The Next 3 Years
Artemis 1 Finally Launches: What It Means For Space Travel And Exploration