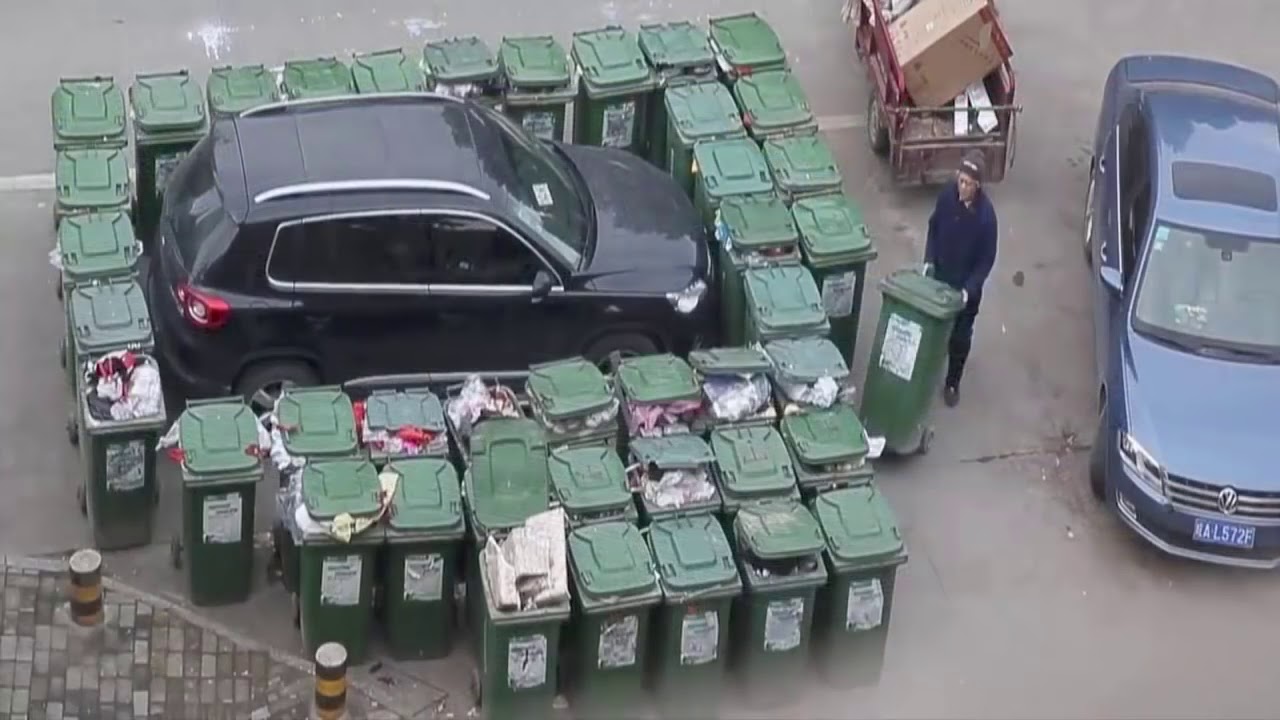 He couldn’t believe it. They had done it again. As he stepped outside his house and absorbed the situation, he tried hard not to lose his temper. It was ridiculous that he had to go through this again after trying to resolve the situation peacefully. But now it seemed that polite words weren’t going to do the trick. He had to think outside the box — and what he came up with turned him into an Internet hero.

Trying To Live A Peaceful Life

But it shouldn’t have had to be this way. Coexisting peacefully with your neighbors is supposed to be one of the perks of living in a rural community. Or at least that’s what Davao Bedekovic used to think. Davao loves his life in Jakusevec, a sparsely populated village adjacent to Zagreb, in Croatia. But lately, his fellow townspeople have been giving him constant headaches. He tried to let it go, but it soon became unbearable.

Davao is a farmer who owns a modest field near the village center. The town’s population is around 2,000, but it has slowly been growing and modernizing. Recently, a market opened up not far from Davao’s farmhouse. He welcomed the new addition since now he’d be able to walk less than five minutes to buy his groceries. But he had no clue of the impact the new shopping area was about to have on his life — and it was not a positive one.

As it was right in the village center where there are already many other buildings, the new market didn’t have a dedicated parking area. So shoppers parked on the adjacent streets and walked the rest of the way. But it soon became clear that this wouldn’t suffice. The market was attracting a lot of people and there was just not enough street parking available for all of them. Some of them decided to get creative, not knowing who it would affect.

Unwanted Cars On His Land

One day, Davao noticed that people were parking on his field so they could go shopping in the new market. A couple of cars didn’t bother him, so he didn’t pay it much mind. But as the weeks went by, it was clear that word was spreading. More and more cars were parking on Davao’s field, especially on the weekends. It became so full that he was unable to do fieldwork on some days. He had to make it stop.

Davao started going outside and asking people not to park in his field as they were pulling in. Those who encountered him did retreat, but if he wasn’t out there on the field, it was a free-for-all. He couldn’t just stand outside all day blocking cars, though — he had things to do. He became increasingly desperate. He racked his brain for ways to stop the flow of unwanted cars on his property. But none of the options seemed promising.

In a particularly angry moment, Davao started thinking about slashing the cars’ tires. But he knew that would get him in trouble. He also thought about building a fence around the field. But that would be expensive, and it would also make it harder for him to bring his own vehicles into the field. He had to think of something that would deter people while not interfering with his life and habits. And then, he began to hatch a plan.

One day Davao came outside to find entire rows of cars parked on his field. He took a deep breath. He chuckled a little at the thought of the chaos that he was about to create. He slowly walked to the other side of the property. He climbed into a large red tractor and started the engine.

He drove straight toward the parked cars, plow in tow, churning the dirt in his wake. He had reached a breaking point, but revenge would be sweet. Passersby started to take notice of the of the tractor. People walking nearby stopped to watch the fed-up farmer as he exacted his revenge against all those inconsiderate drivers.

He drove around the rows of cars, plowing deep trenches across the whole field. It was clear that they would have an extremely hard time maneuvering their small sedans through the turned-over mud and uneven surface. There was no escape. Those who didn’t have cars on that field laughed at the sight, and one person even started recording the whole thing. But one woman was not amused.

One by one, as they came out of the market with their shopping bags, the car owners found themselves in a nightmarish position. Those who were lucky enough to have parked next to the street were able to make it safely out without getting their cars stuck in the mud. But the rest of the cars were stranded. Still, that didn’t stop one particularly angry driver from trying to get out.

One woman, owner of a silver Peugeot, was none too happy about what Davao had done. Huffing and puffing, she got into her car and tried to drive out of the field. She didn’t get too far, as the wheels soon got stuck in the mud. But she was nothing if not persistent.

The infuriated woman steered her little car from left to right, even furiously driving in reverse to try and free her vehicle. It didn’t work. Angry, she got out the car and stormed over. Davao was expecting a heated confrontation. But then she pulled out her phone and did something Davao wasn’t expecting.

The angry woman called the police, and when they arrived they were stunned at what they found. It was obvious they’d never had to deal with an incident like this before. They were immediately approached by a number of angry car owners, demanding that something be done about the farmer’s transgression.

Some of them even wanted him arrested. But then the cops spoke to Davao. He told them about the hoards of cars that parked on his land, and how the drivers were too lazy to walk across the road. The police heard Davao out and had to agree that the drivers were indeed in the wrong.

After making sure he hadn’t intentionally done any damage to the cars, the cops turned to the drivers and delivered some bad news: there was nothing they could do. This was, after all, Davao’s property, and he had a right to do on it what he pleased. They, on the other hand, were trespassing.

Davao could have technically taken legal action against the car owners for trespassing. But leaving their cars stranded among trenches of mud was enough justice for him. He had made sure that no one would ever park on his property again. Meanwhile, the video of Davao’s revenge was spreading on social media and the news.

A Win For The Little Guy

The video of the farmer exacting sweet revenge on the inconsiderate drivers quickly went viral, with people all over the world praising his actions. Everyone loved how he took matters into his own hands and came up with a creative solution to his problem. One commenter wrote: “Farmer wasn’t grumpy, he was smart. No one has the right to.park on private property. Good for him!﻿”

And another wrote: “Perfect. That didn’t cost him much, HE didn’t involve the authorities AND got the point across, I’m Certain! Even today in my community people are willing to talk things out, as they always have. Unfortunately, not everyone is raised that way…” But the video is an indication of a growing problem with illegal parking, and people are simply not going to stand for it any longer.

Taking A Stand Against Illegal Parking

A group of Brazilian pranksters posted a video that showed them dealing swift justice to a driver who had illegally parked on a handicap spot. Once the car was left unattended, they covered the entire vehicle in blue and white Post It notes, eventually forming the shape of the universal handicap symbol. The driver was none too pleased and stormed off, but the video went viral and helped raise awareness about this important issue. But that’s not the only instance of hilarious revenge on illegal parkers.

People are fed up with illegal parking, so they are coming up with hilarious and creative solutions to the problem, like Davao did. Most of us will just simmer quietly and get on with our day, but there are some who will not stand for these infractions any longer. Lazy and inconsiderate parkers, beware!
Must Read
Genome Studies Manage To Find A New Branch Of Fungal Evolution
European Space Agency Budget Increases By 10 Billion For The Next 3 Years
Artemis 1 Finally Launches: What It Means For Space Travel And Exploration