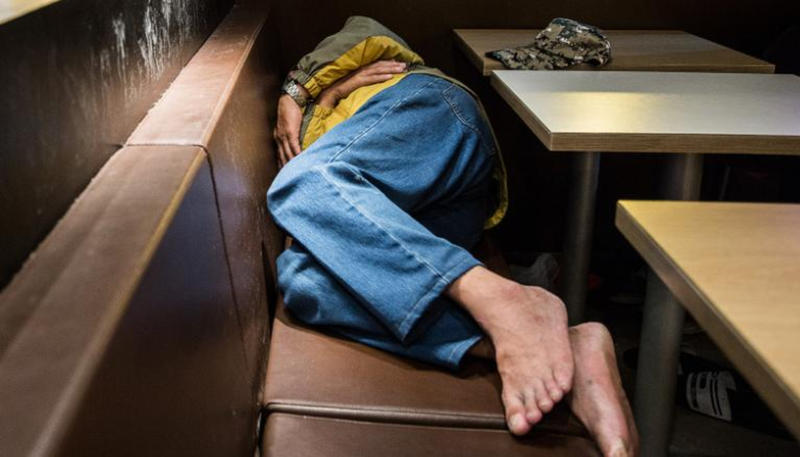 Taking It Too Far

When she noticed that monstrosity in her town, she had to say something. The staff at McDonald’s just laughed when she complained about the man who was napping in the booth. She was furious.

She felt that it was her right as a citizen to be able to enjoy her Big Mac without having such unpleasantries in the restaurant. But she would later regret her complaints. 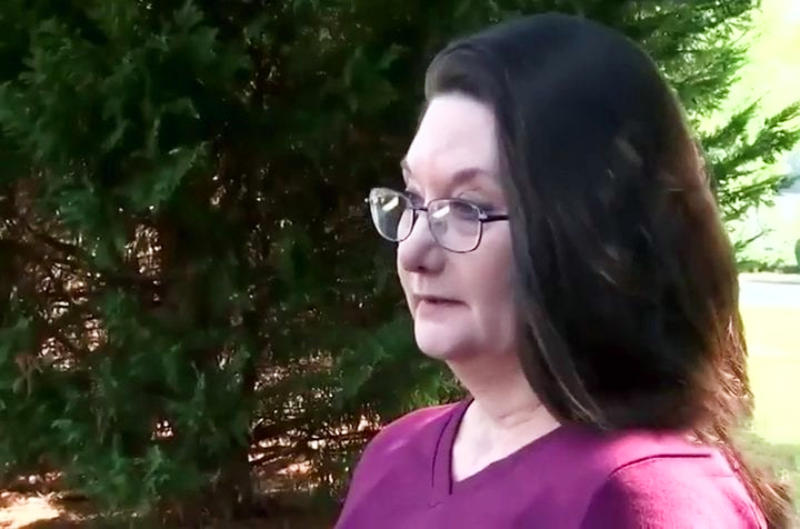 Luann Cofield had lived in Fayetteville, Georgie her whole life. Lately, she had noticed what she saw as the degradation of the town. Whenever she turned her head to look somewhere, she saw it. She had loved this town, but things weren’t looking good for it.

She was hungry so she decided to take a walk to get her lunch. But as she moved on the sidewalk, she saw things had increasingly annoyed her. Maybe it was her looking out for things, maybe it was just a bad day. She didn’t know things would only go downhill from here. 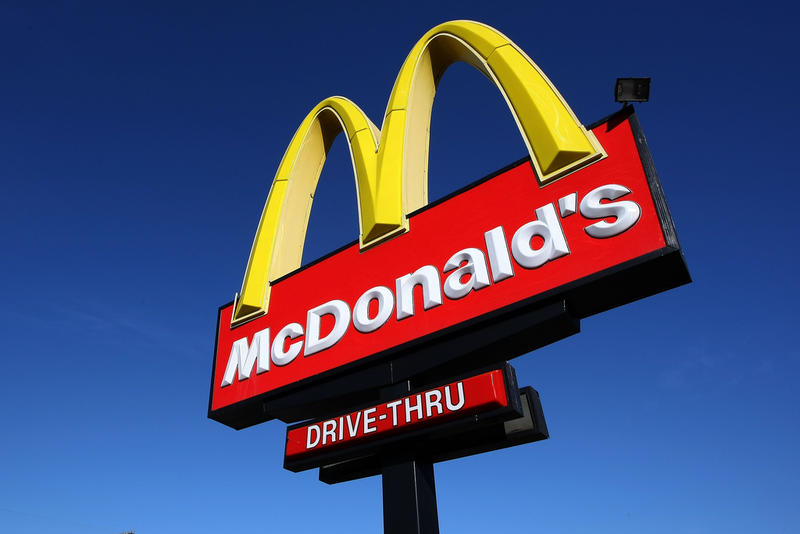 Luann decided she would go to her local McDonald’s for lunch. Maybe getting some food would make her feel better and her mood would improve. She decided to order a Big Mac meal, which included a soda and fries.

But as she was raising the burger to her lips she noticed something that made her angrily slam her burger back down and go see if she could talk to the manager. 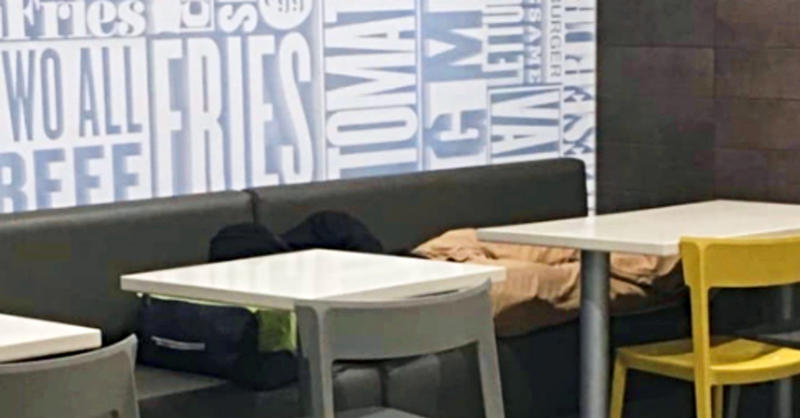 When Luann had first entered the establishment she had noticed what she thought were rags laid across the booth. That wasn’t enough to stop her from eating – she was hungry. But on closer inspection, she could see what it really was.

There was a man lying down on the bench of the booth. Luann wanted to know who he was, he might have been a junkie, or maybe a drunk. She wasn’t going to be satisfied until she found out. 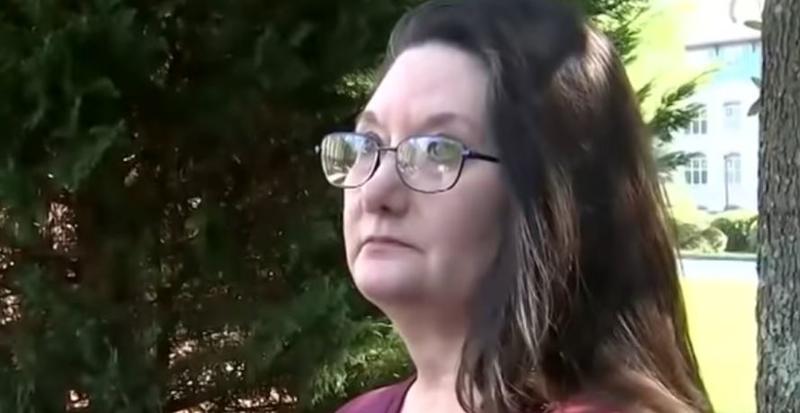 The cashier noticed Luann stomping towards the counter and braced himself, “I want to talk to the manager!” she demanded. He knew she wasn’t joking around so he called for the manager immediately.

Once the manager got there Luann didn’t waste any time and complained loudly about the man sleeping in the booth. The manager looked at her for a moment, planning his next move. He then said something that would escalate things. 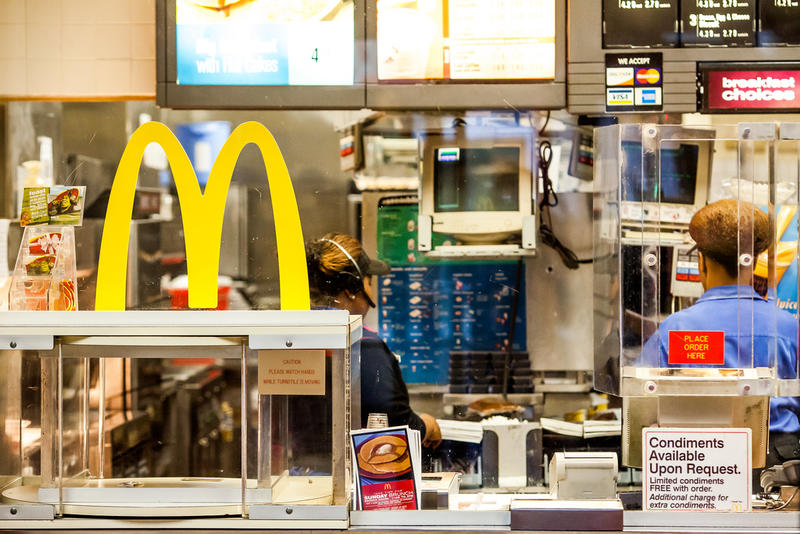 The manager looked at the man napping in the restaurant and said: “Oh yeah, we know.” Luann was couldn’t believe it. He wasn’t taking her complaints seriously and he basically laughed right in her face.

She knew she had to do something about it. She pulled out her phone and decided to take a picture that would draw a lot more attention than she had thought. It would soon create such controversy that her Facebook account would be taken down. 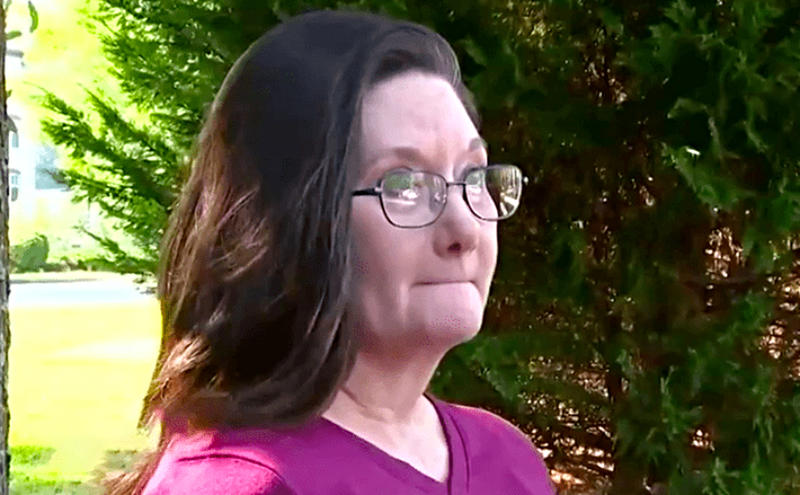 Without hesitation, Luann took the photo and put it on her facebook account. She was going to show the world what she had found in the restaurant and how she had been treated.

She then waited for support from her Facebook friends. She knew that at least her community would stand by her, right? She was dead wrong. 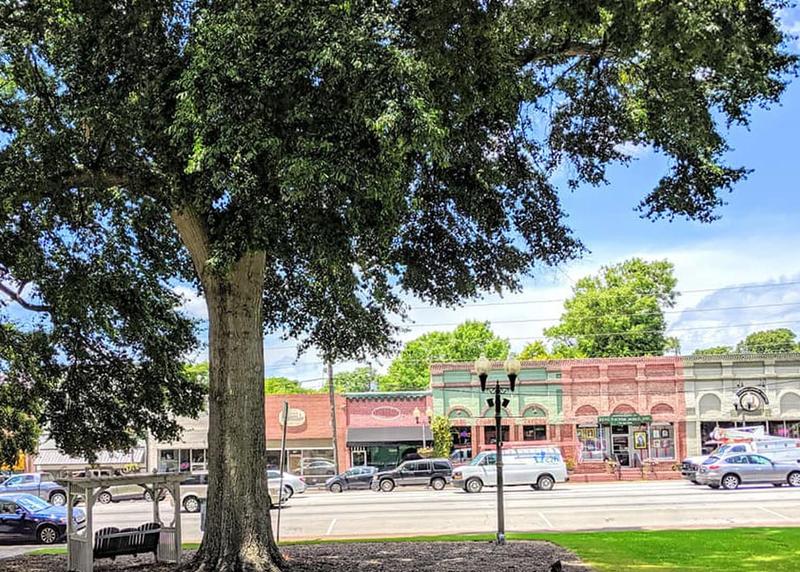 “Just another reason for me to leave Fayetteville!” Luann posted. “I was in the McDonald’s in the middle of town and I saw this guy sleeping in the booth!”

“Their response was ‘Oh yeah, we know, hee hee. It’s OK.’ And I said, ‘Not really, but whatever.’” The comments started coming in hard and fast. 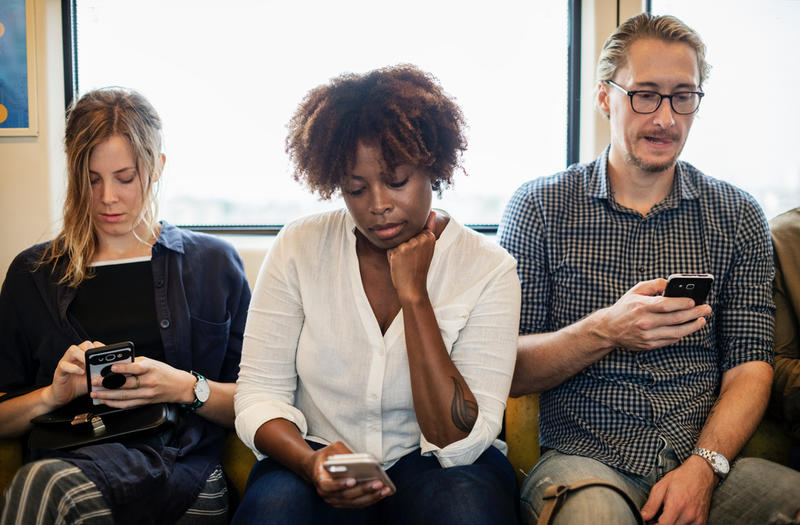 Luann’s post caught the attention of a lot of people. She smiled, she knew she’d get her backup. But then something happened that she didn’t expect – she was the one being met with outrage.

Thousands of comments were backlash against what Luann had done. They were furious with what she had done and she didn’t understand why. Who was this man that everyone was defending? 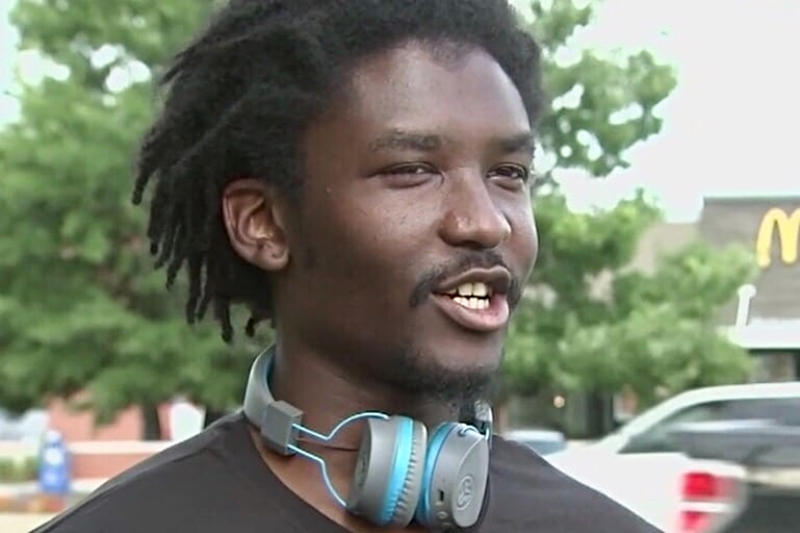 People commented recognized the sleeping man as Simon Childs. He was a 21-year-old who had had very bad luck for the past few months.

Simon was a fry cook for that very same McDonald’s and that’s why he was sleeping there. The staff didn’t mind because something awful happened to Simon that they resonated with. 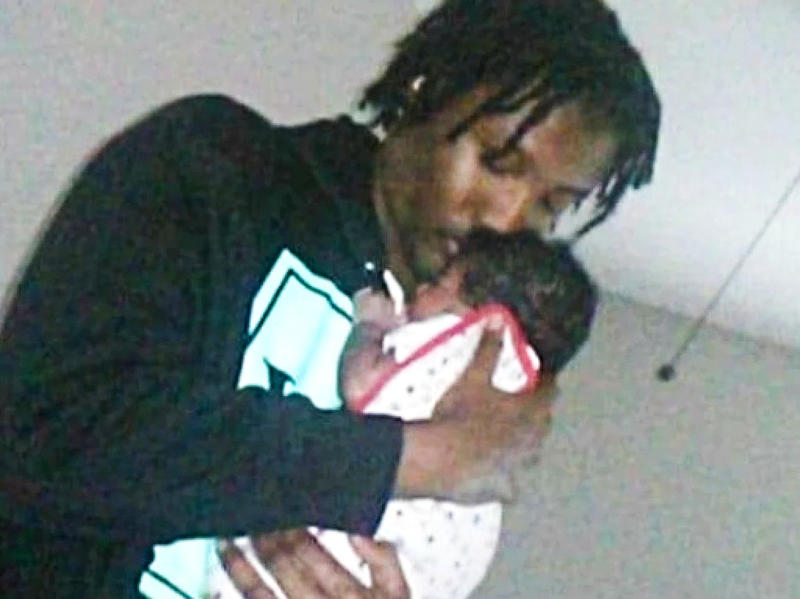 It turned out that Simon was catching some sleep before his next shift started. The new father was pulling extra shifts to make the cash he needed to feed his four-month-old son.

On top of that, Simon was homeless. He just couldn’t make his meager paycheck stretch far enough to put a roof over his head. Luann had shared a photo of Simon at his lowest, and he was devastated when he found out. 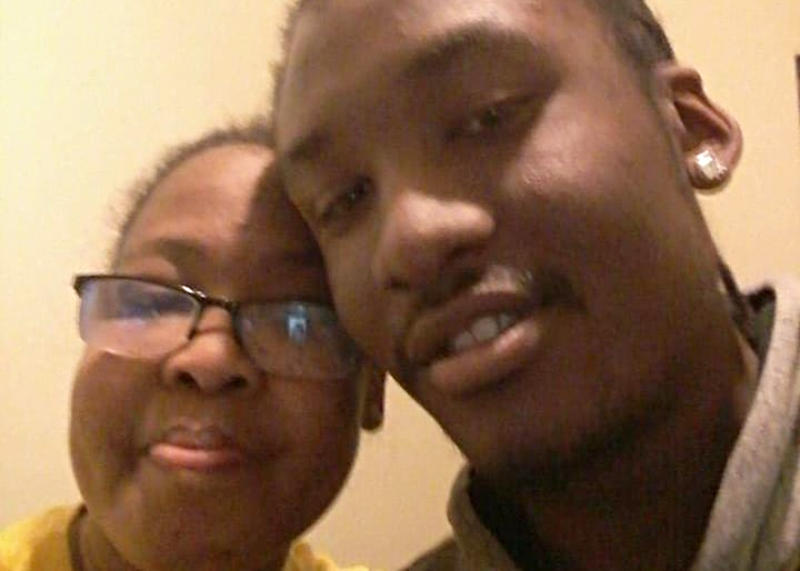 “It hurt me to see my picture up there,” he said in an interview. With everything he was dealing with – including the recent loss of his mother – the last thing Simon needed was a stranger shaming him online.

However, after local news got hold of the story, both Simon and Luann were pushed into the limelight. The poor man’s public humiliation wasn’t over. By this point, Luann had caught so much heat online that she couldn’t take it anymore. She deleted her Facebook account and tried to put it out of her mind.

Meanwhile, Simon continued to put in the hours at work. The morning after the post went viral, he arrived at the restaurant to find an unexpected sight. 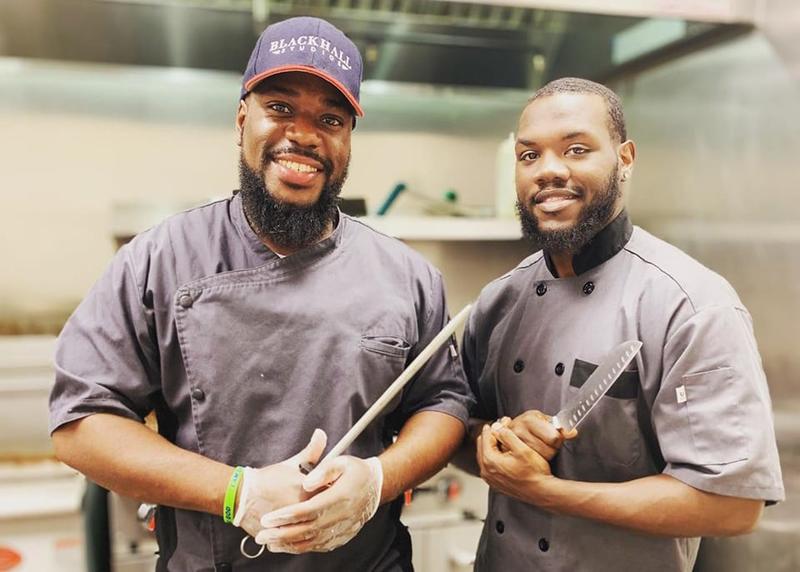 “I didn’t think the community would even care enough about me to do that, but they care,” Simon said tearfully when he found the piles of diapers, formula, and other baby supplies stacked on the restaurant floor.

More support and offers of help came flooding in. Then, a couple of local chefs decided to step up to the plate… and things just snowballed from there. 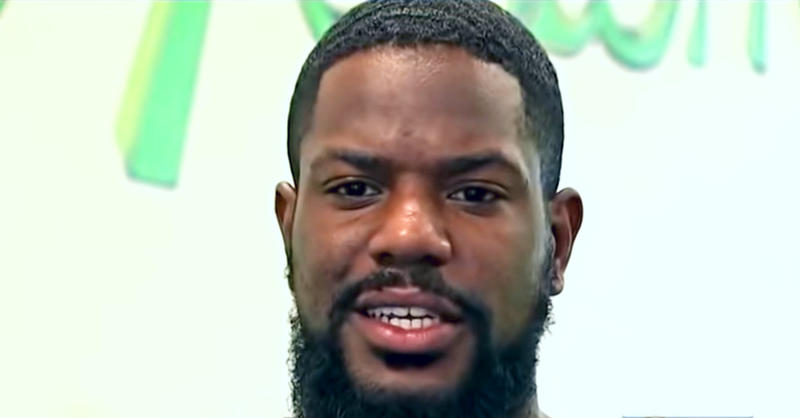 Theo and Xavier Thomas own the Fayetteville restaurant Fusion Chefs Eatery. When they caught wind of Simon’s plight, they knew they needed to help in any way they could.

So they got in contact with him and explained that he had free access to their car so he could get to job interviews. And they weren’t the only ones giving Simon a leg up to a better life. A barber soon stepped in and gave Simon a fresh new haircut to improve his chances of finding a better job.

“Simon’s story just touched our hearts,” Xavier explained. This was all great news for Simon, who soon had some more lucrative job opportunities lined up, but the struggling father still didn’t have a place to stay.

Roof Over His Head More locals donated toward hotel stays so that Simon and his child would have a safe place to sleep at night. Someone even went a step further and set up a GoFundMe account for him.

It wasn’t long before donations began to pour in. Simon was truly grateful for the chances he’d been given and has even vowed to pay it forward to help other people in his situation. “Everything I get, I want to work for it,” said the grateful young man. “I actually want to use everything I’m getting from this and help other homeless people.”

But what about Luann, the disgruntled woman whose negative post had started the whole chain of positive events in Simon’s life? How does Simon feel about her now? Luann received aggressive backlash for her spiteful Facebook post. Thankfully, the outcome of her actions resulted in some positive changes in Simon’s life, even though her initial intentions were mean-spirited.

But it would take more than just deleting her Facebook account to make amends for humiliating him. Eventually, Luann agreed to meet Simon in person. “I didn’t want to hurt him,” she said in an interview outside the very McDonald’s where it had all started.

When Luann found out about Simon’s situation, she felt terrible. When she saw him again, she rushed to give him a hug. “I’m sorry. Because, you know, that horrified me. That breaks my heart for you,” she told him. But can Simon forgive her? Then, he turned to Luann and said, “I do want to thank you. Not for the post per se, but for helping me pick my life up off the ground.” So has Luann learned her lesson? When asked if she would act the same way again if she ever found herself in a similar situation, she replied, “Absolutely not. And I would handle it differently. Maybe talk to somebody and see what the situation is.”

As for Simon’s GoFundMe campaign, it has raised a whopping $10,000 and is still going strong. But Simon has no intention of taking advantage of the community’s generosity… “I actually want to use everything I’m getting from this and help other homeless people,” he admitted during an interview with WSB-TV News. And, just a few weeks after his story went viral, the job offers started pouring in.

The last we heard, Simon accepted a new job in construction. The latest update on Simon’s GoFundMe page said: “Simon meets his new work team! Dressed for comfortable travel as they head out of town to the job site! Safe travels and good luck on your new adventure!” But many netizens were still outraged. “Luann Cofield was disgusted enough to expose Simon Childs on Facebook without his knowledge,” one man wrote, “…without even bothering to ask the McDonald’s staff why they were allowing him to sleep there.”

“Sad that African American males can’t even rest between shifts at their place of employment at #McDonalds.If it was reversed, people would be outraged.” Aside from a few angry users, the response online to Simon’s story has been mostly positive, with people around the world congratulating him on his new job and new life.

“Great story about how when the intent to shame goes the polar opposite and in a POSITIVE way!” one man wrote. Another woman added: “What she meant for evil, God meant for good. God bless you #SimonChilds and your baby!”