As the old saying goes “home is where the heart is.” Unfortunately, for too many, it is where the annoyance and hardship is. It can take most people years and years to find their perfect home.

Everyone has had experiences living in less than satisfactory accommodation. This story, however, takes the cake when it comes to nightmare neighbors.

Music At All Hours 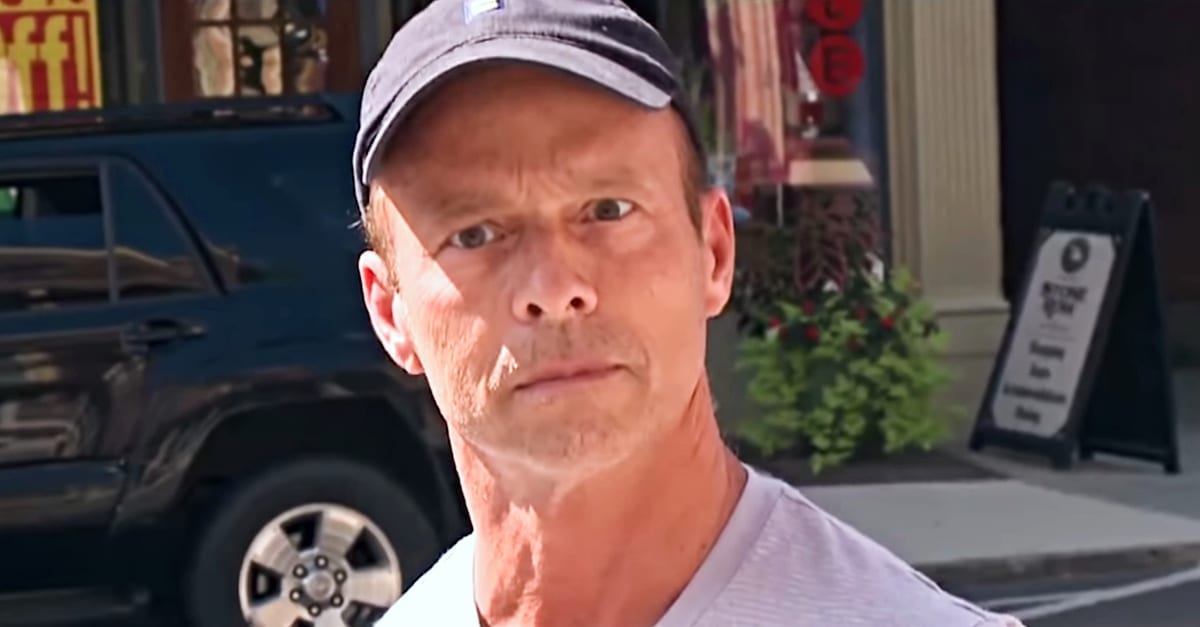 After moving into his new apartment with his girlfriend, the less obnoxious neighbor, we’ll call him John, was so excited about his new life with his partner. The apartment was a two story house split into top and bottom, John was in the top apartment.

Every night the floor rattled with Neighbor B who’ll we’ll call Andy’s wild array of way too loud music. Everything from death metal to drum and bass, you name it, Andy blared it at every hour of the day. Things only went from bad to worse once Andy’s girlfriend moved in. 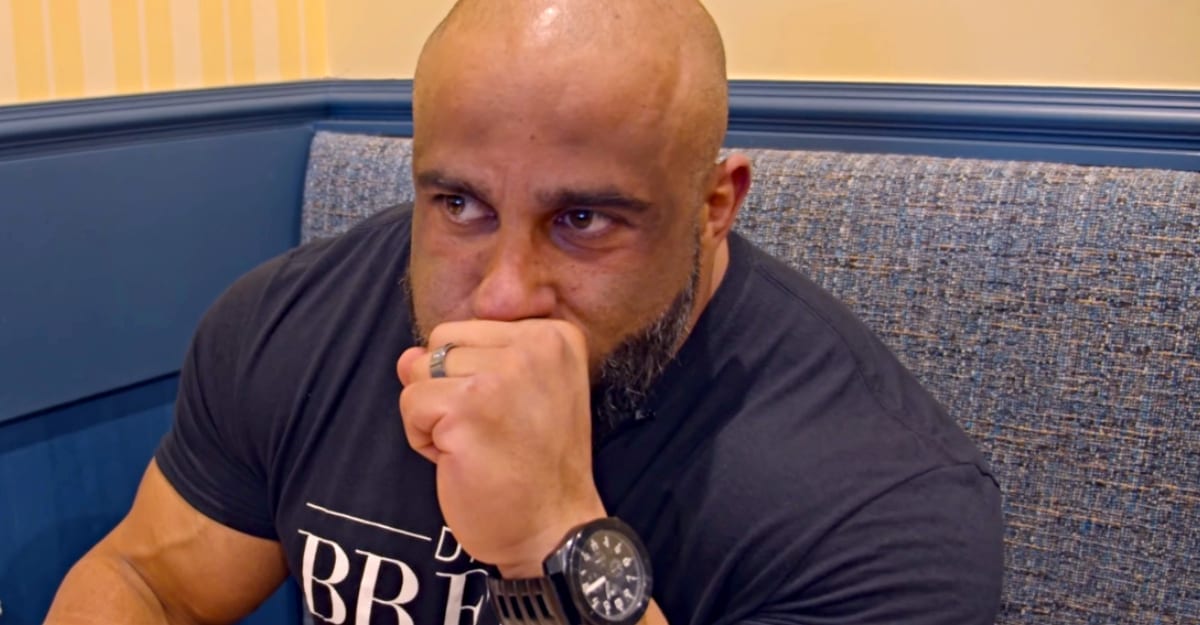 “YOU DON’T LOVE ME, YOU ONLY ASKED ME TO MOVE IN TO GET ME TO CLEAN UP AFTER YOU, YOU LAZY SON OF A..” came booming through the floorboards. Andy and his girlfriend were really beginning to test John and his girlfriend Andrea’s patience. Particularly with Andy having to work from home!

His boss was starting to notice Andy’s productivity slipping and his patience was wearing thin. Putting on his biggest pair of boots he owned he stomped across his living room floor to alert them that they were being inconsiderate and obnoxious. What happened next made Andy’s blood boil. 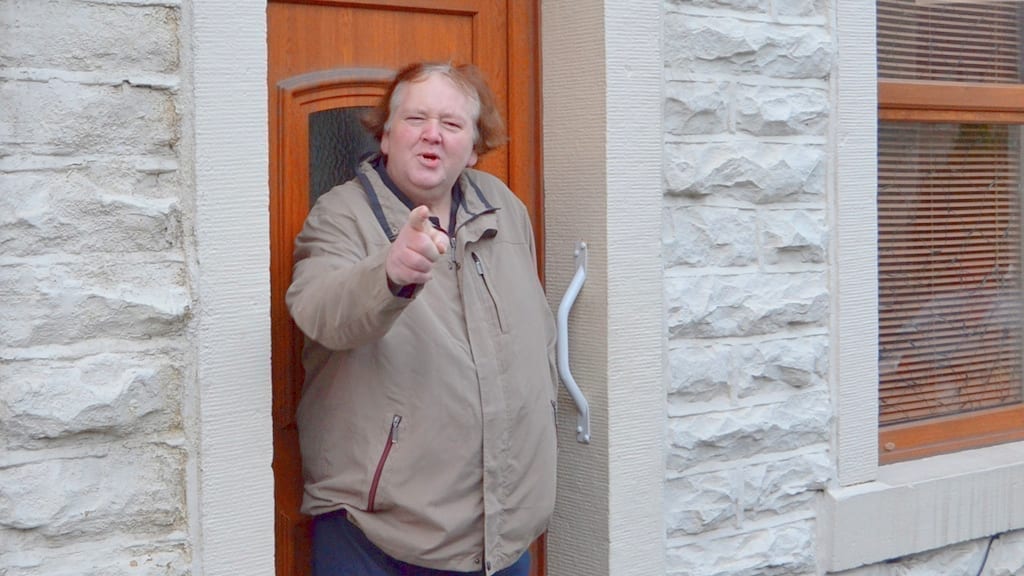 After stomping his anger out across the floorboards, a thudding followed. They were whacking the ceiling with a broom in response. The nerve of them! After Andrea moved in, John realized quickly that she was a very light sleeper. She never got a wink of sleep when Andy and his girlfriend were on one of their wild drinking benders (they could tell from the multitude of empty bottles in the bin they shared).

John said he would talk to them about their noise at night but during the day there wasn’t much she could do. Andrea would usually spend the days at her dad’s house across the road, who was equally unimpressed by their antics and shouted at them that they were a pair of hippy disgraces every time he saw them leave the house. When John decided enough was enough and confronted them, he was shocked by their response. 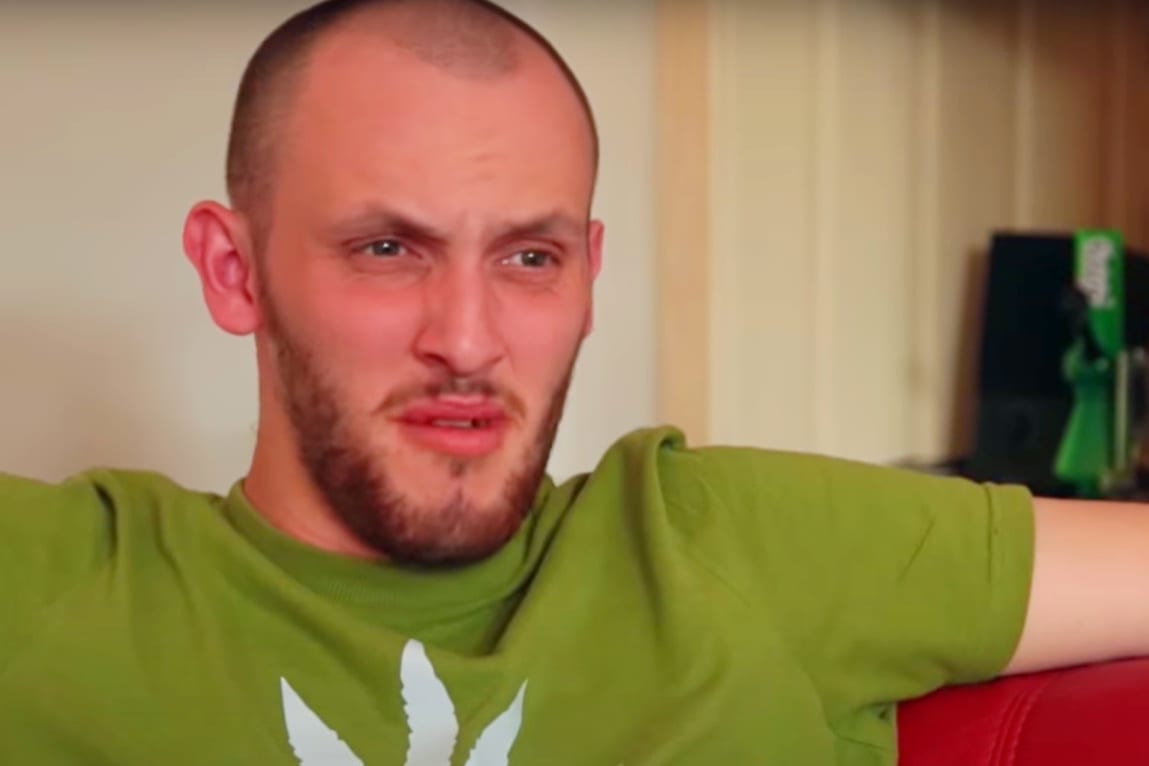 “Yeah, well you’re just a boring square John, you even have a boring name, Crystal and I are living our best lives and we can do whatever we like so why don’t you just take a hike you lame nerd!” was Andy’s response while he blew odd smelling smoke in John’s face. How charming.

John knew from that moment that it was ON between him and Andy. Square he may have been but he was no coward. When John and Andrea got some life changing news, they knew that things had to be settled once and for all. 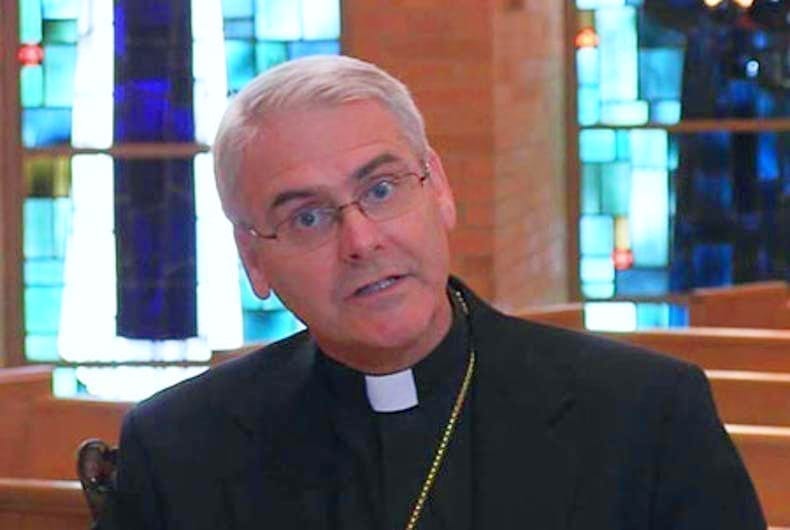 Andrea fell pregnant and John complied with the law with his complaints to a T. It still didn’t stop their earth shaking beats but John wasn’t through. After Andrea gave birth to their son Jared, John decided enough was enough. That’s when he enlisted the help of Father O’Toole.

“It’s a little unorthodox but anything to spread the word of our Lord. And the price of some altar wine of course..” winked Father O’Toole. “Fine, fine” said John, shoving a twenty in the alcoholic priest’s hand, aware he was asking an odd favor of him. John decided to borrow huge speakers from his musician cousin and from 9am every morning, he would leave the house to work in the library, Andrea and Jared would go to her father’s house and he would leave Father O’Toole to his sermon. Knowing the couple was completely anti religion, he would turn the amps up to eleven and leave the priest to rattle off hours upon hours of Latin Catholic mass complete with chanting as the priest got drunker and drunker on the blood of Christ. Andy and Crystal decided to retaliate to the onslaught of Jesus in the worst way possible.

The Battle Rages On

“CRYSTAL BABE, IT BURNS MY EARS!! AND NOT IN A GOOD WAY LIKE WHEN WE LISTEN TO CANNIBAL CORPSE AT THE SAME VOLUME, UGGGGGH!!” wailed Andy. “They’ve gone way too far this time babe” snarled Crystal. “We have to get revenge”.

Crystal looked at the cat’s litter box and smiled. Andy understood what she meant immediately. Revenge was about to be served. 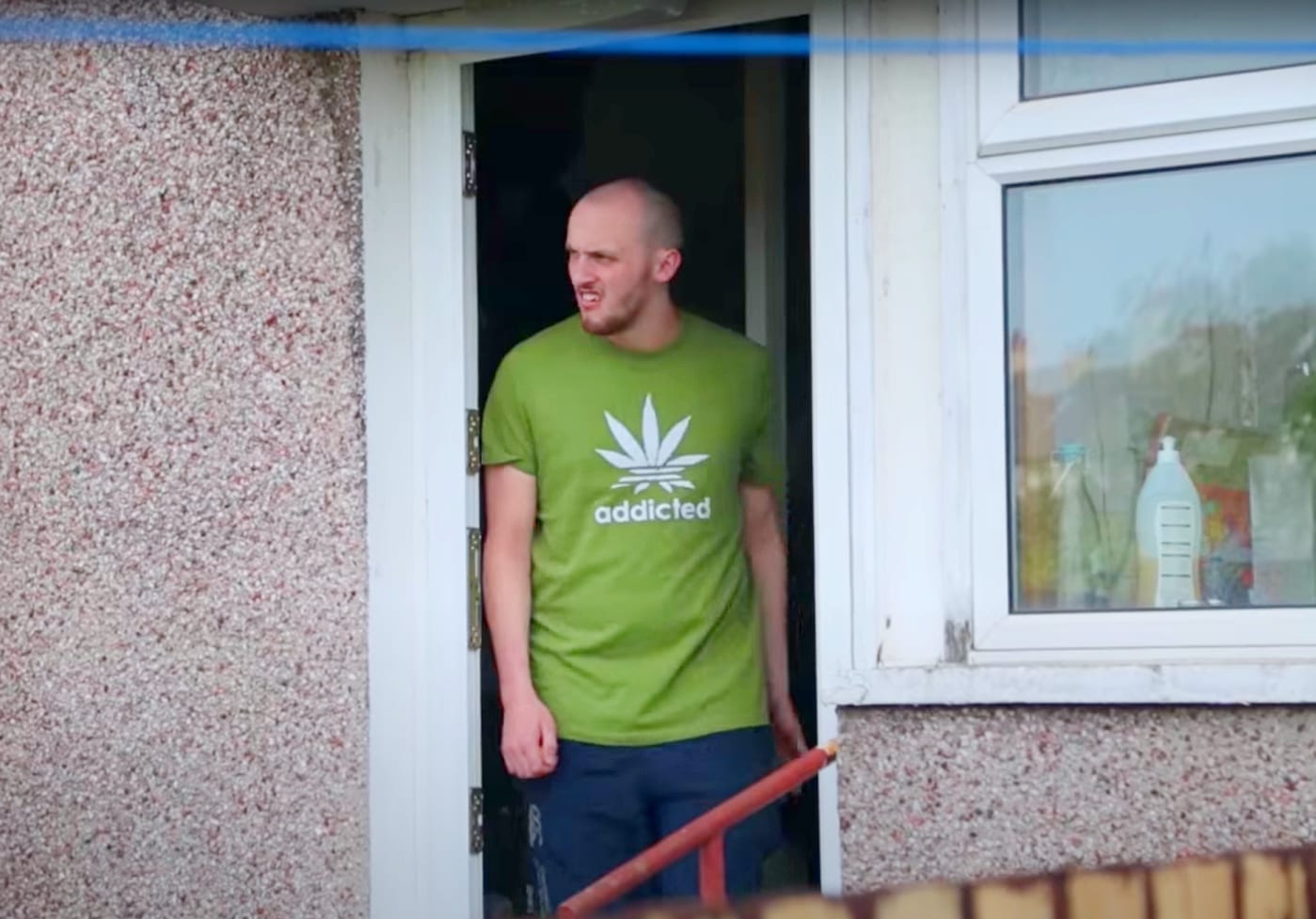 “Hehehe, that’ll show those stupid productive nerds” chuckled Andy to himself as he left a bag of the contents of the cat’s litter box on John’s doorstep. “I am so amazing” he said as he ate a bag of chips after handling the litter without washing his hands.

John noticed the bag from a mile off and simply binned it. He didn’t care. If cat litter was the best they could do then he was winning. Handing Father O’Toole another twenty as he launched into a loud drunken karaoke rendition of Hail Mary, John knew that this battle was about to be settled very soon. 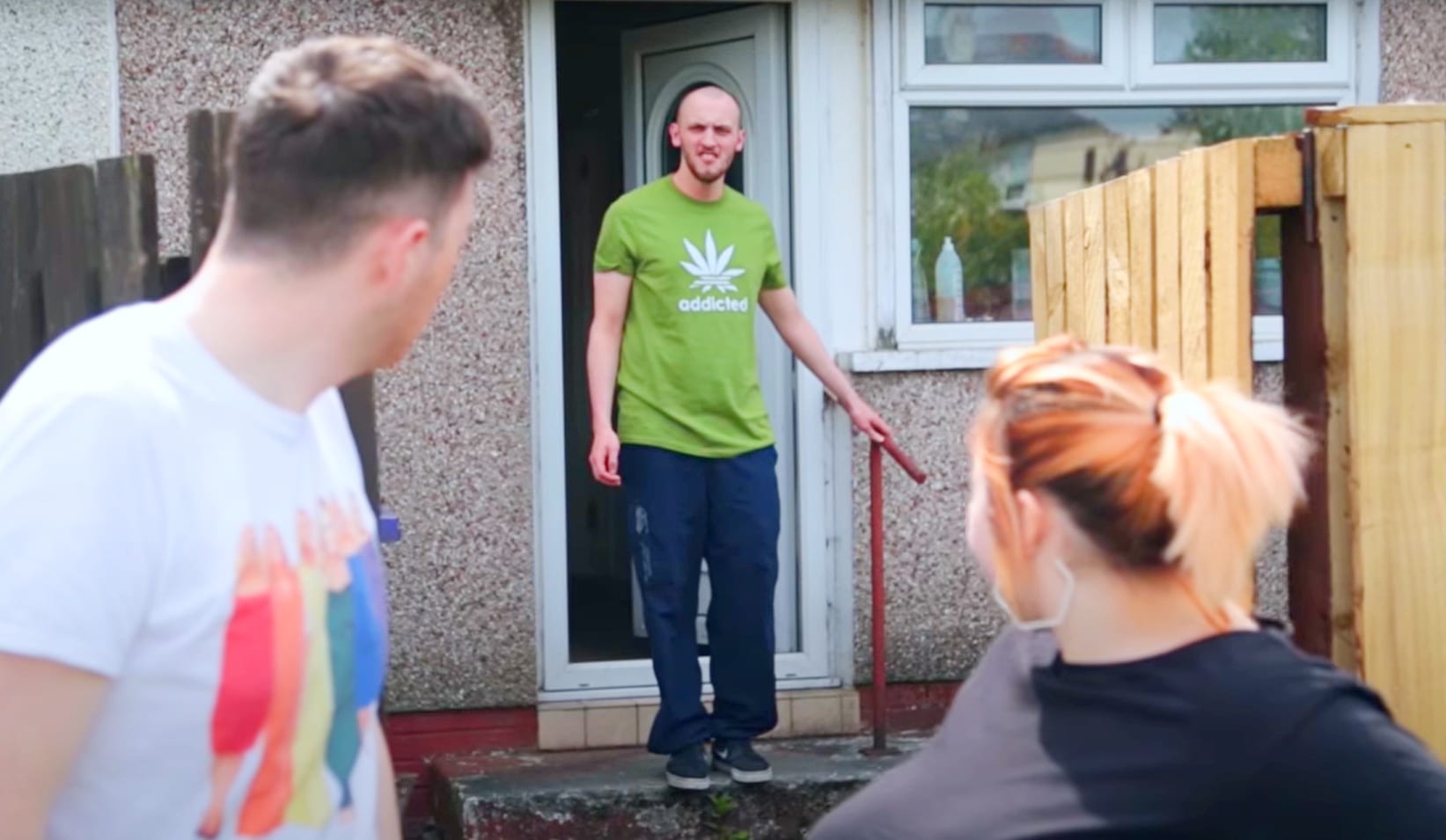 “Ugh babe, Jimmy Hendrix’s poo didn’t work, I don’t even know what to do now! Why won’t they just stop?” wailed Andy. “I know babe, those losers suck but maybe we should try to be the mature ones and you know, like extend the olive branch or whatever?” suggested Crystal. “Good idea babe” smiled Andy.

After knocking on Andrea’s father’s door where he knew the couple was, Andy tried to ‘extend the olive branch’. “Ummm, hey losers” he began, taking a pull of his odd cigarette. “We’re like, so sorry that you couldn’t appreciate our far superior taste in music but like we’ve had enough of this religion crap, can you seriously just stop it?”. “Are you for real you absolute waster? roared John, steam coming out of his ears. John had finally snapped. 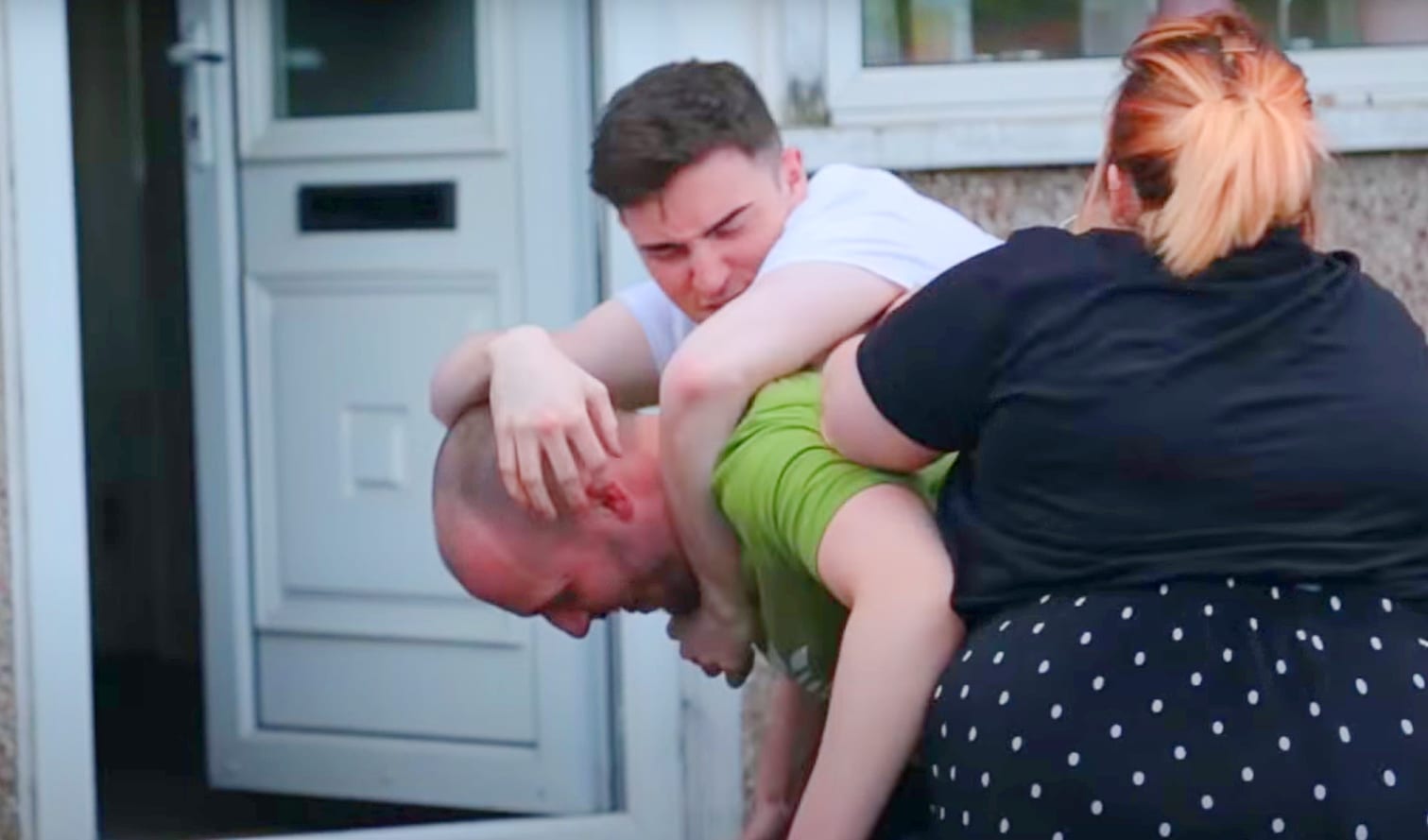 “Ugh stop it, my ribs, please dude, I’m too beautiful to get beaten up!” howled Andy as John, the blackbelt in karate, gave him the beating of his life. Andrea who had also had more than enough with the narcissistic jerk started wailing on him too as her father cheered them on from his doorstep.

“ANDY NOOOOOOOOOO!!” screamed Crystal, doing nothing to help her partner despite her protesting. She had a look in her eye that seemed like she was almost enjoying watching her partner being attacked. Then one last person decided to come out to watch the neighborhood showdown happening on the front lawn. 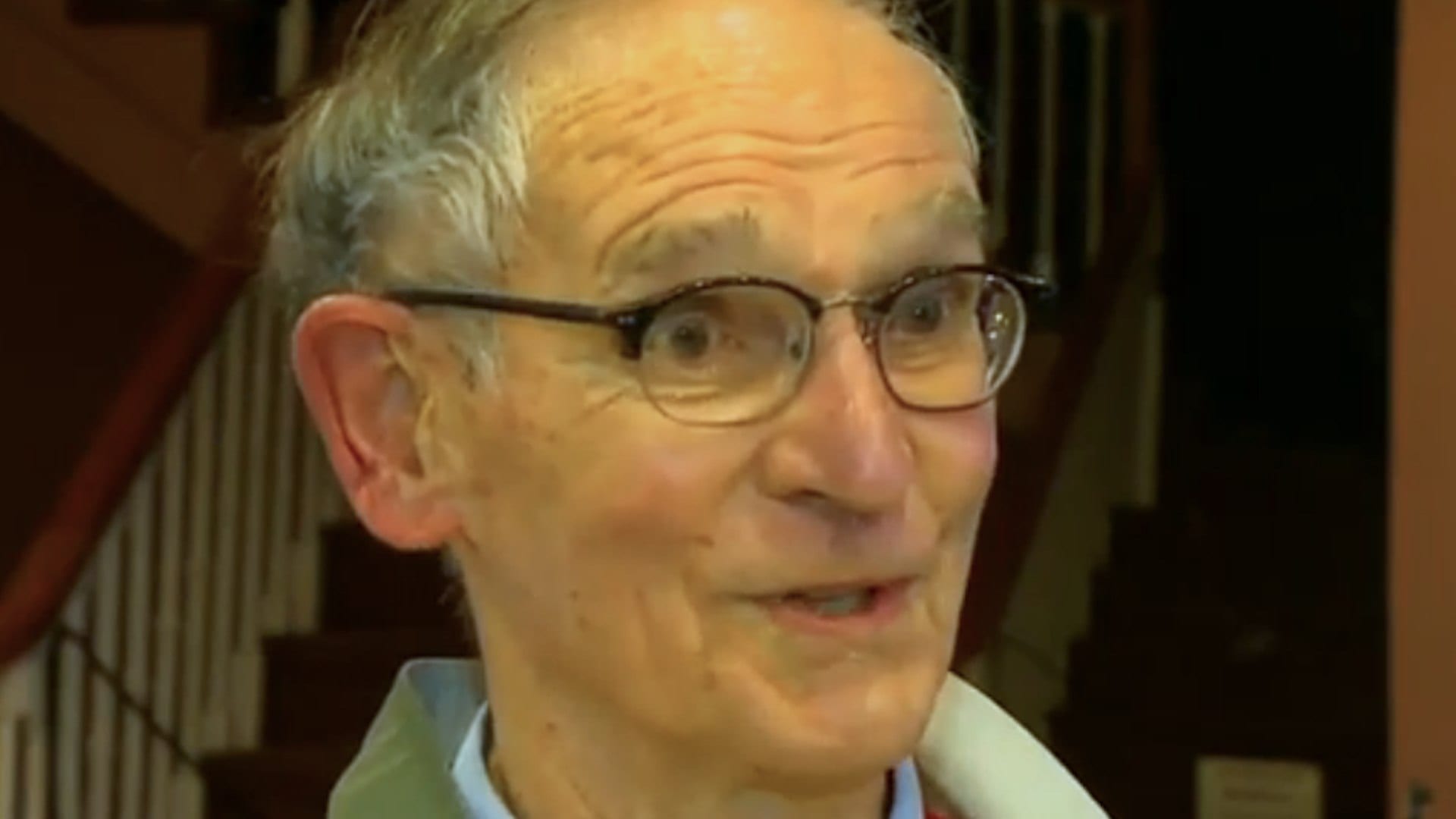 “Lord bless them and save them” said Father O’Toole, shaking his head at the violent scene he could hear over his rendition of Ave Maria. “This is worse than what used to go on in the seminary” he said, taking a swig of ‘holy’ wine.

As the fight raged on the priest realized that his work there was done. “YOU ALL NEED JESUS!” he roared, making his way past them, not looking back. Then he realized something that made him have to turn back immediately. 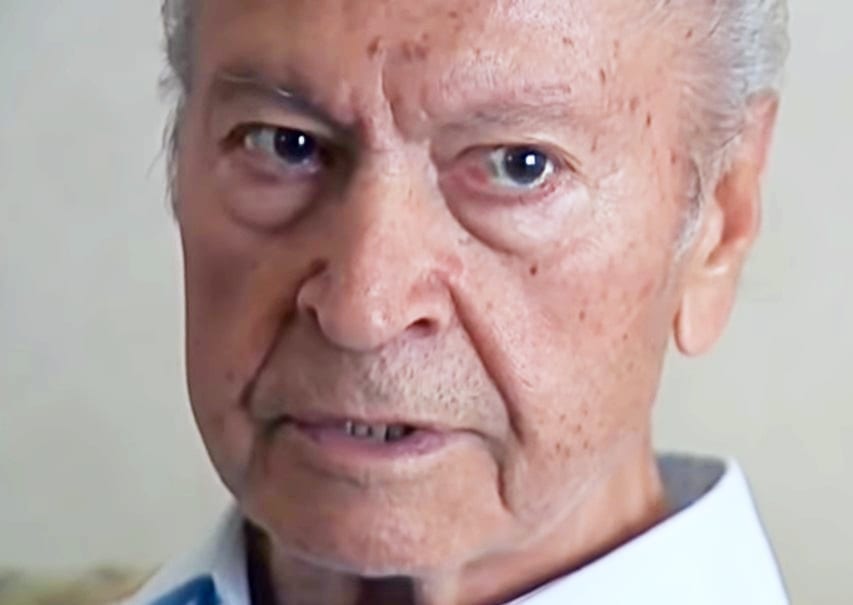 Halfway down the road, Father O’Toole realized something that made him turn on his heel immediately. He had forgotten something very important. “MY ALTAR WINE, DAMN IT!”. The most important thing.

He wove his way back through the fighting that had spilled onto the street and now had Andrea’s father and Crystal involved. Sneaking out of the house with his precious wine, he saw John’s wallet sitting on the coffee table. The collection plate just wasn’t cutting it at the church lately so he figured John owed him so he helped himself to the contents of it. Two hundred, three hundred, four hundred.. That should keep him in wine for the month! “Thanks again John, peace be with you!” said the priest walking swiftly down the street.