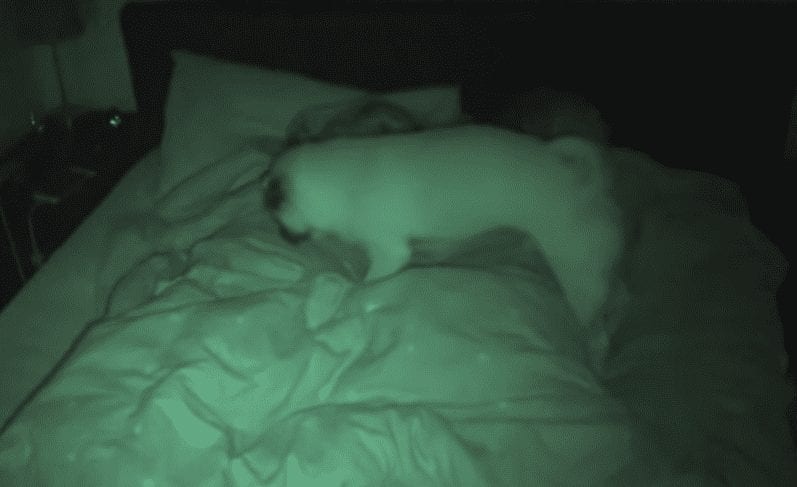 Married couple Karl and Chelsey Litte had started documenting their lives on video with their pet pug Pablo for their personal record, more like keeping a memento of mundane yet important happenings.

They never thought they would eventually become creators of a massive video that would go viral worldwide. 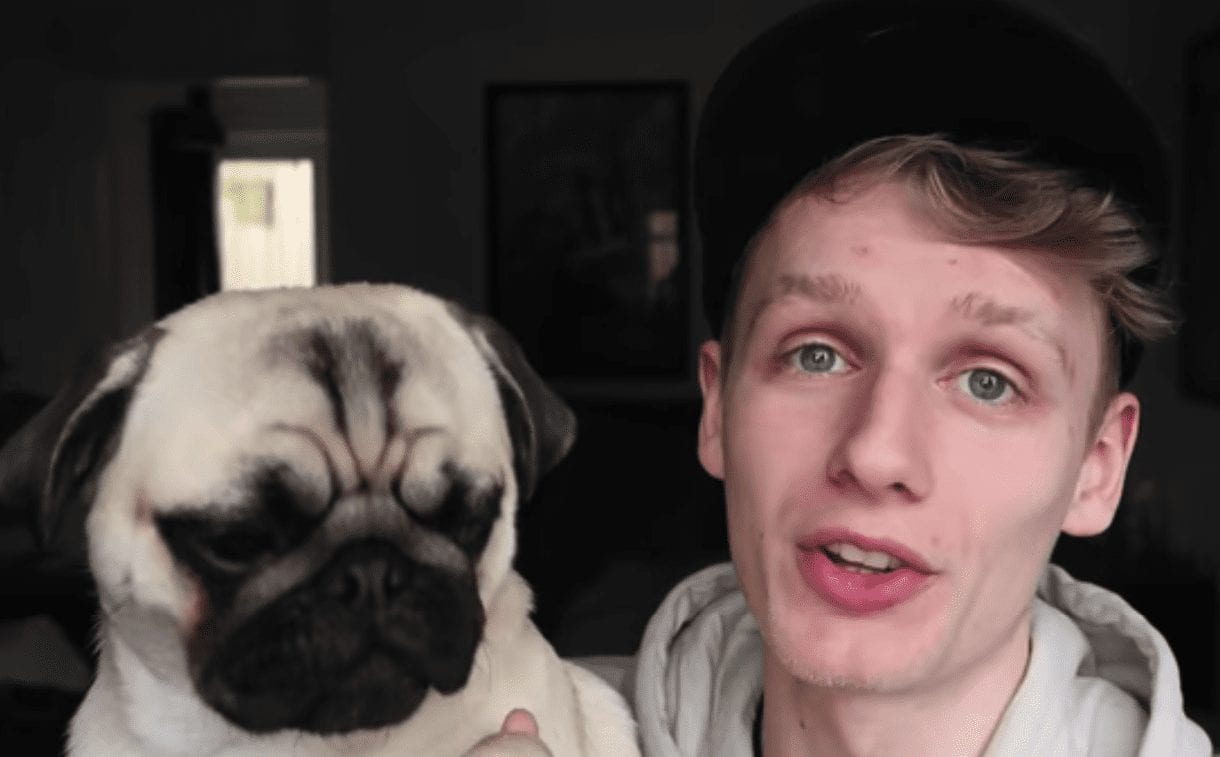 Karl and Chelsey only started sleeping with Pablo also in bed by accident.

One night, they left the stair gate open and he conveniently snuggled in with his “parents.” 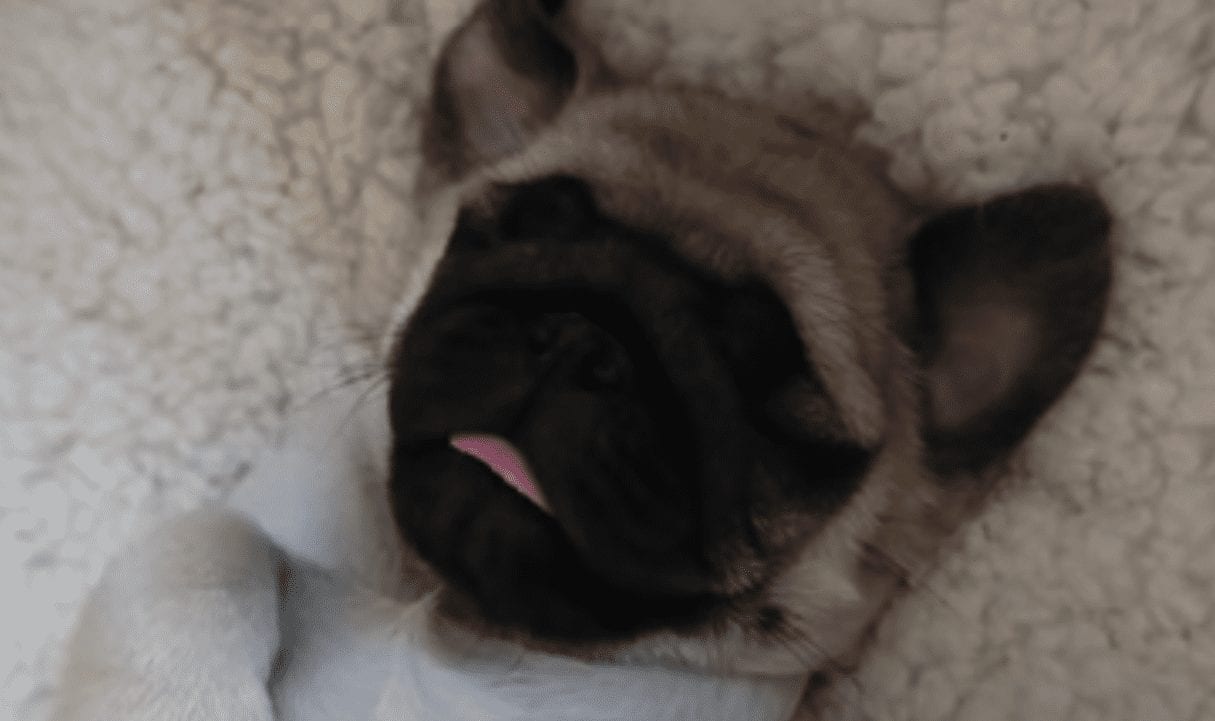 Eventually, the couple welcomed having their snuggly pug in with them.

Chelsey had trouble falling sleep and it seemed that Pablo’s presence helped her catch those zzz’s more quickly. 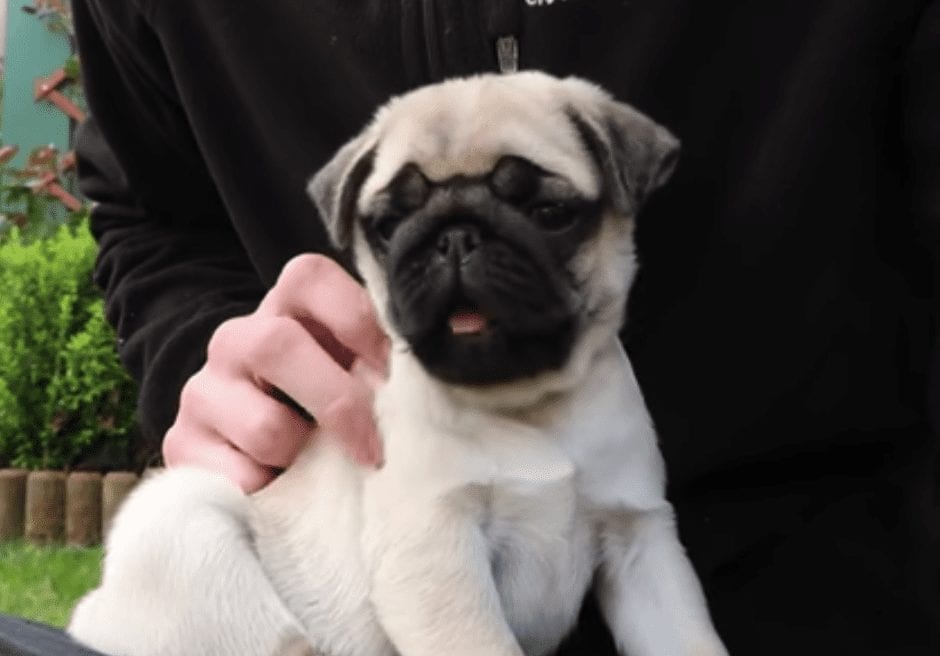 The pug, in addition to his general pudginess and cuteness, also made soothing noises while he slept.

It is these “comforting” grunts and sounds that helped Chelsey fall asleep faster and more soundly. 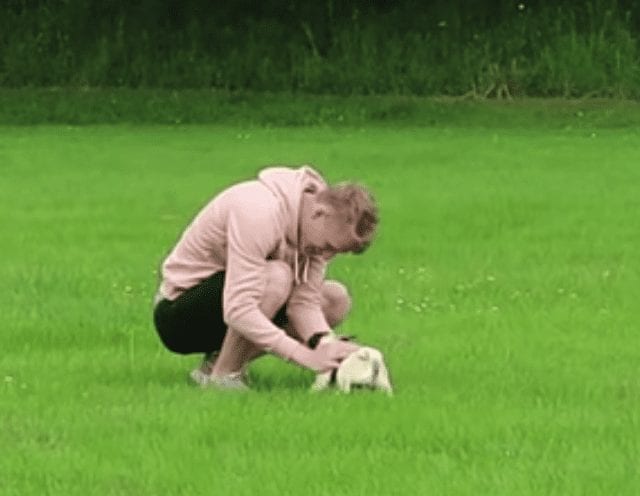 Both fans of video, the couple decided to include Pablo in the short documentaries they make of their daily life posted online.

They had quite a considerable following and it appeared that their internet fans loved seeing the adorable pug interacting with them. 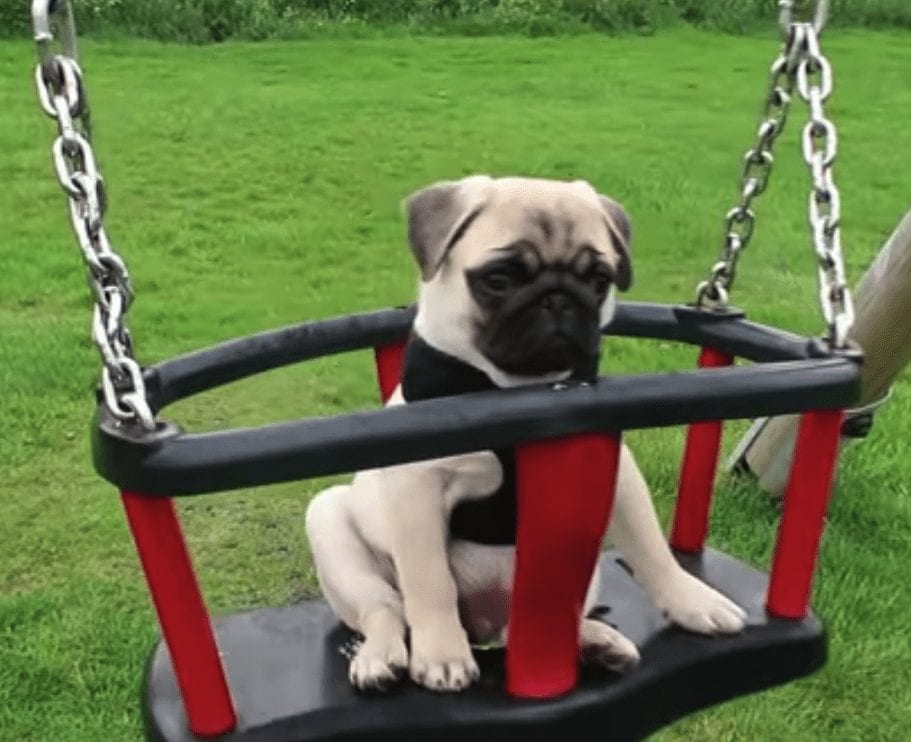 From sunrise to sundown, the couple shared plenty of moments where they brought Pablo along, including running errands, getting groceries, doing the laundry, going to the beach, and more.

Pablo particularly loved the park, so they shared plenty of videos of Karl playing fetch with him. 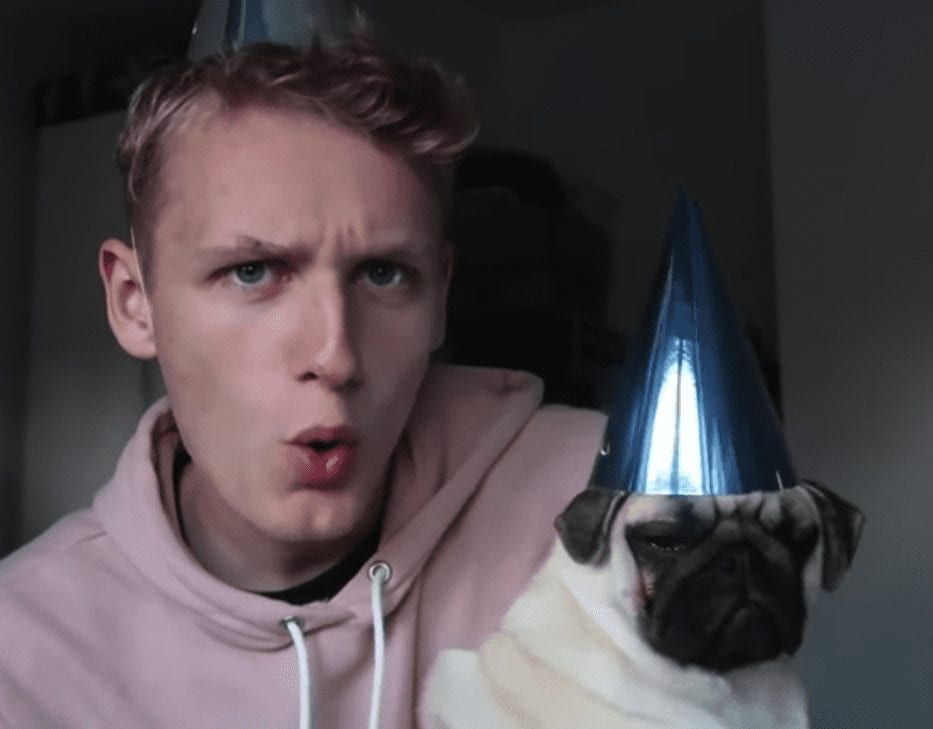 They wanted to share how awesome it had been for them when Pablo started getting into the bed, too.

Chelsey, in particular, wanted to show their online following how their beloved pet had helped her with her sleeping problems. But, how? 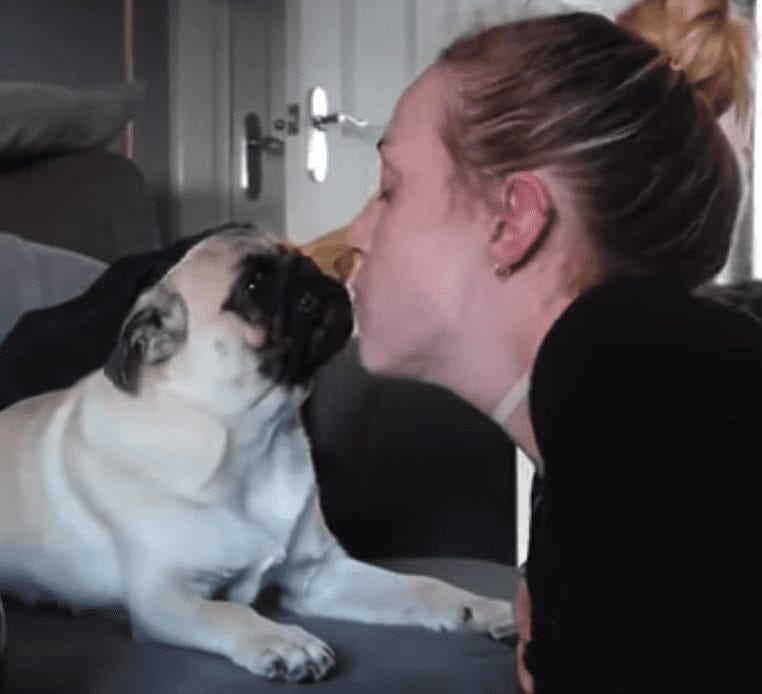 The couple decided to set up a night vision camera that would also film them as they slept.

However, one night in November, at about 3:15 in the morning, the camera captured something strange about Pablo.

In the video time lapse they made, viewers can see how the pug appears to get up in the middle of the night just to watch over his owners.

Now, there’s really nothing creepy about what he did. In fact, the couple and their views found it adorable how he spends a few minutes just looking at them, and then going back to sleep. 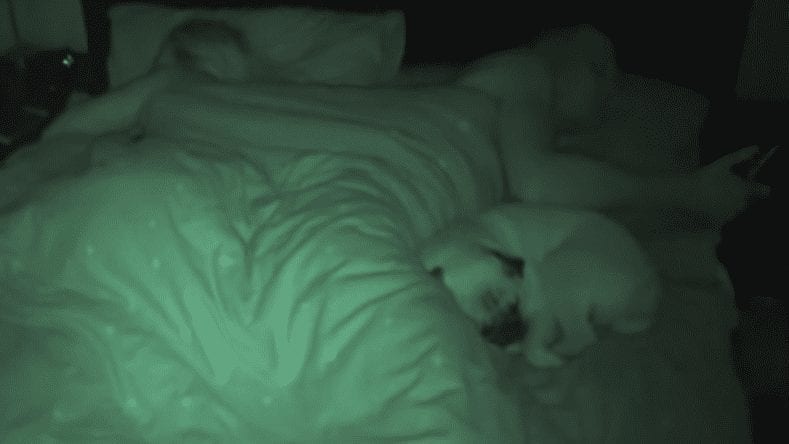 Also, it appears that though Pablo snuggles up cozily in the middle of the bed, between Karl and Chelsey, he also wakes up later when both are asleep to shift his position.

It seems that he prefers sleeping on Karl’s side. 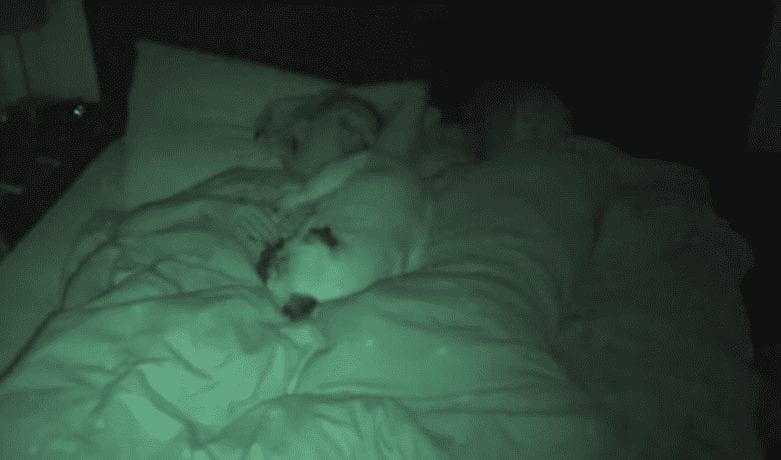 At least in the initial few hours, Pablo cozies up to Karl and actually falls asleep.

Later, however, he again gets up slowly, appears to survey his surroundings, and then moves back to the middle where, apparently, it’s the coziest. 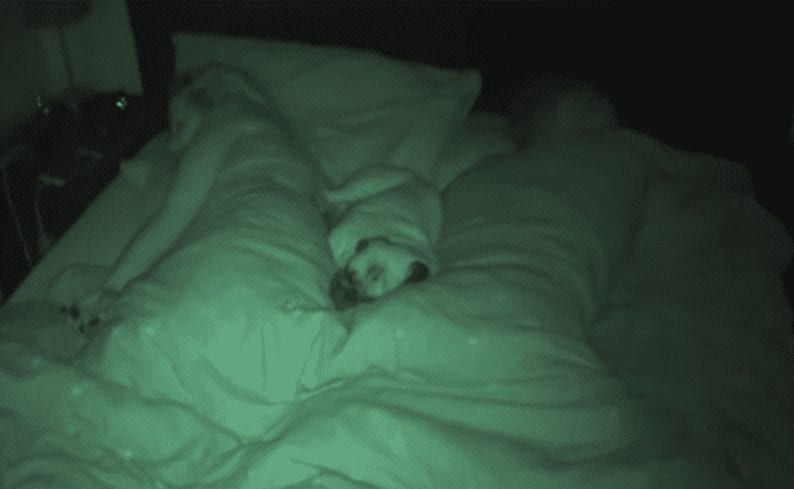 At first, the couple didn’t really mind the movements and didn’t think something was happening.

But when they installed the night vision cam to see what goes on with their pet while they slept, what a discovery they made! 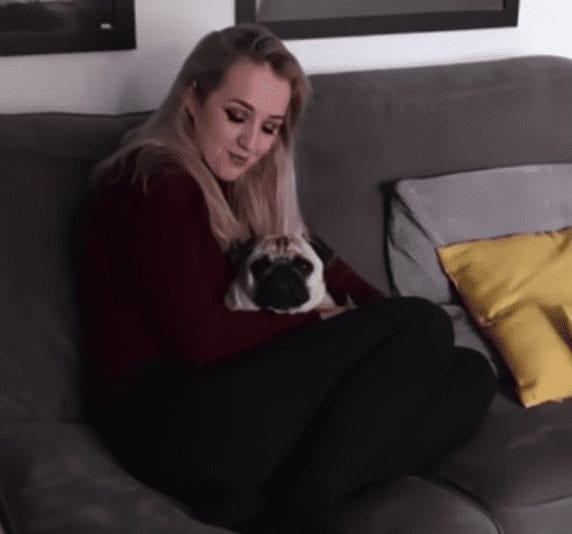 Many of their fans had asked the couple why they enjoyed sleeping with their dog so much.

So the time lapse video they shared was a means to show their followers the reason why Pablo shares their bed every single night. “We initially just wanted our own personal archive of Pablo’s life that we could always revisit and watch back whenever we wanted, but I was using it as a project for myself to learn about filming and editing,” said Karl.

But then their subscriber numbers began increasing, so they created more videos of themselves with their beloved pet in them. 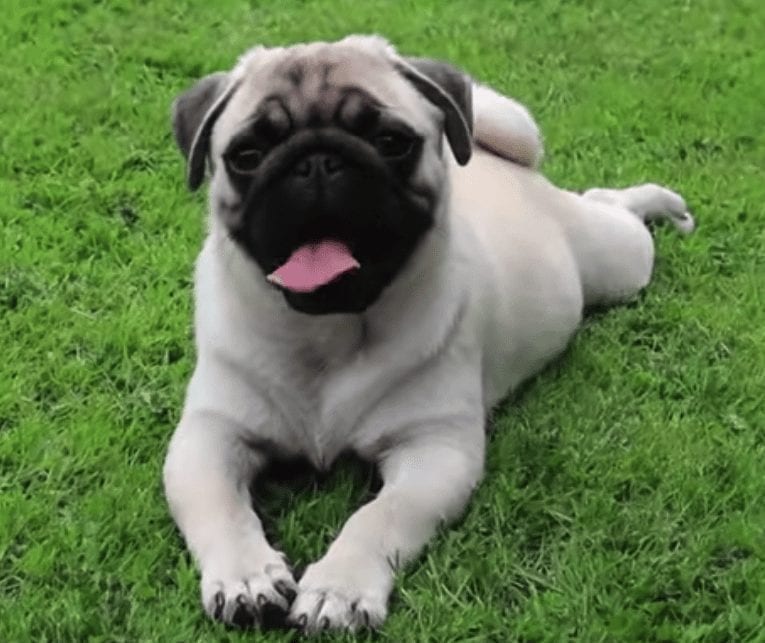 At present, their page has over 30,000 followers—a number they never really thought they would reach when they started vlogging.

But Pablo’s presence changed all that.