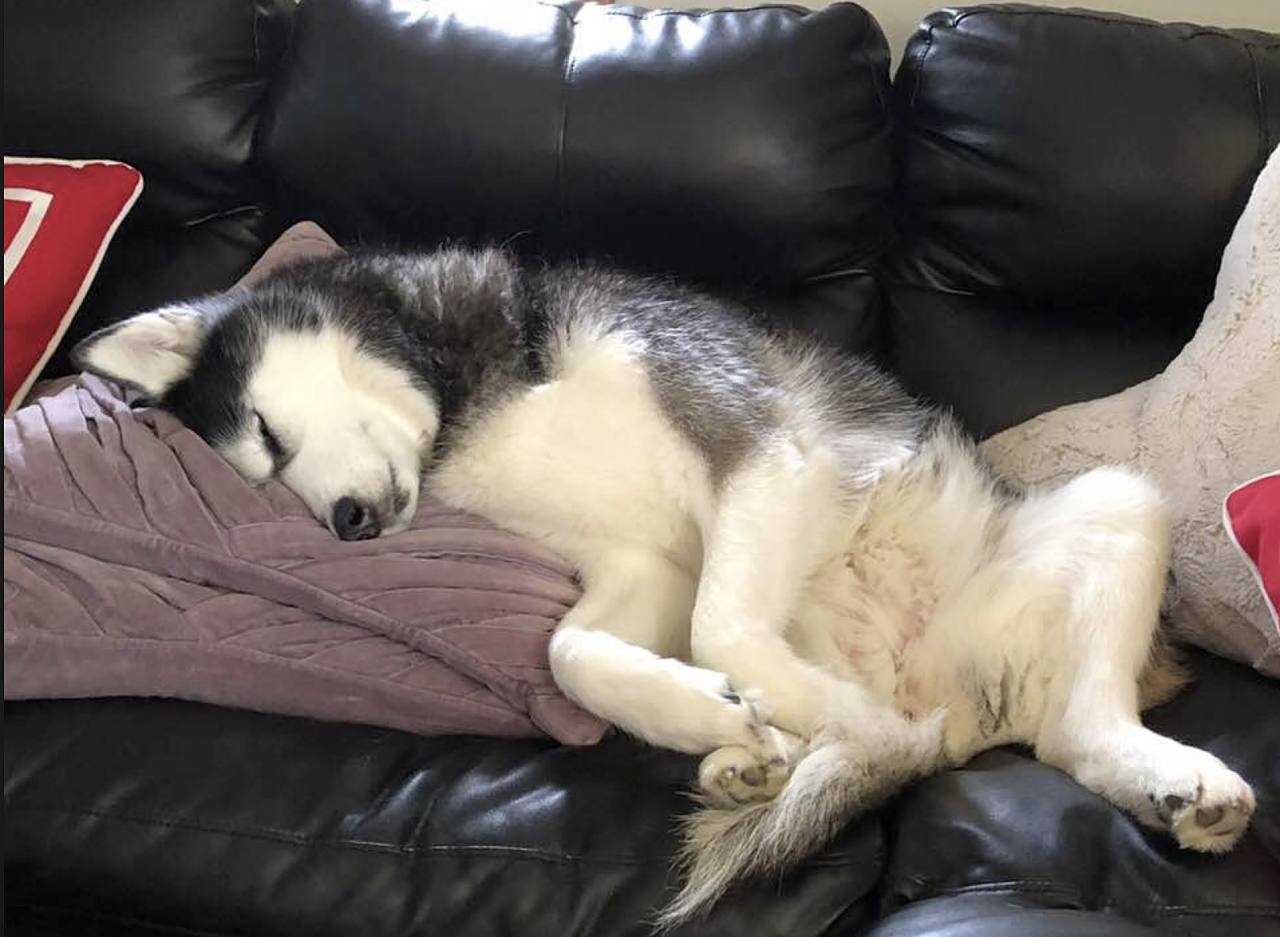 The doctor said it was just a normal ailment, but her dog knew better, and she needed help immediately.
Her dog had snapped viciously at her belly and she knew something was very wrong. Something inside her. Something waiting to reveal itself. As the doctor casually looked her over she shuddered as another wave of nausea gripped her, and he didn’t even notice.
She was hiding behind a wall of pain, a dull ache that had become an insistent ball of agony. 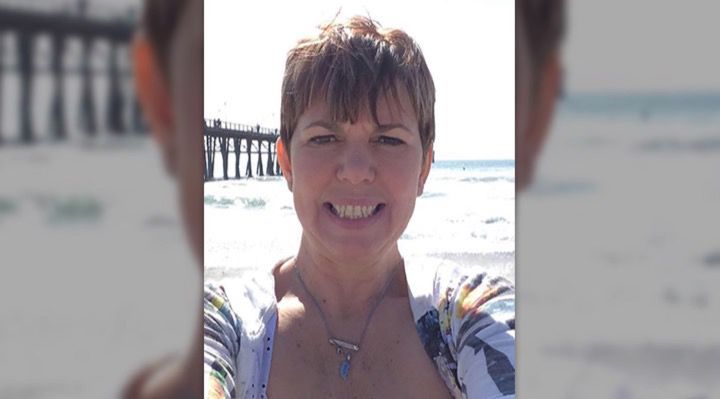 It was 2013 when she felt the first sign, bloating up her belly like a fat frog and causing a lot of discomfort during the move from California of Wisconsin. They had just stopped for a quick snack before getting back to the task at hand. She waved it off as something they had had for lunch.
It was very unusual but, like most of us, she shrugged the warning signs away thinking that next time she would order something better–maybe a salad or something light. She wouldn’t be that lucky. 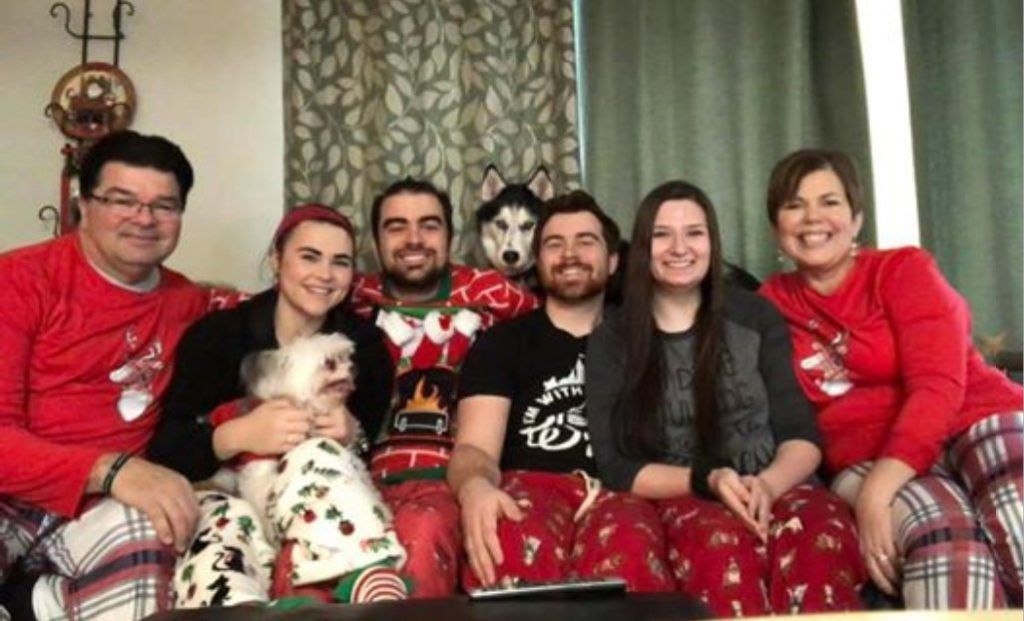 It wasn’t long before Stephanie conceded to herself that this may be more than a bout of indigestion so, in the fall of 2013, Stephanie finally set up an appointment with local GP.
She outlined all the symptoms she had been experiencing over the past few months. Trouble eating, bloating and now full-blown pain in her abdomen. She told the doctor that she was worried that this was more serious because it was only getting worse, not better. 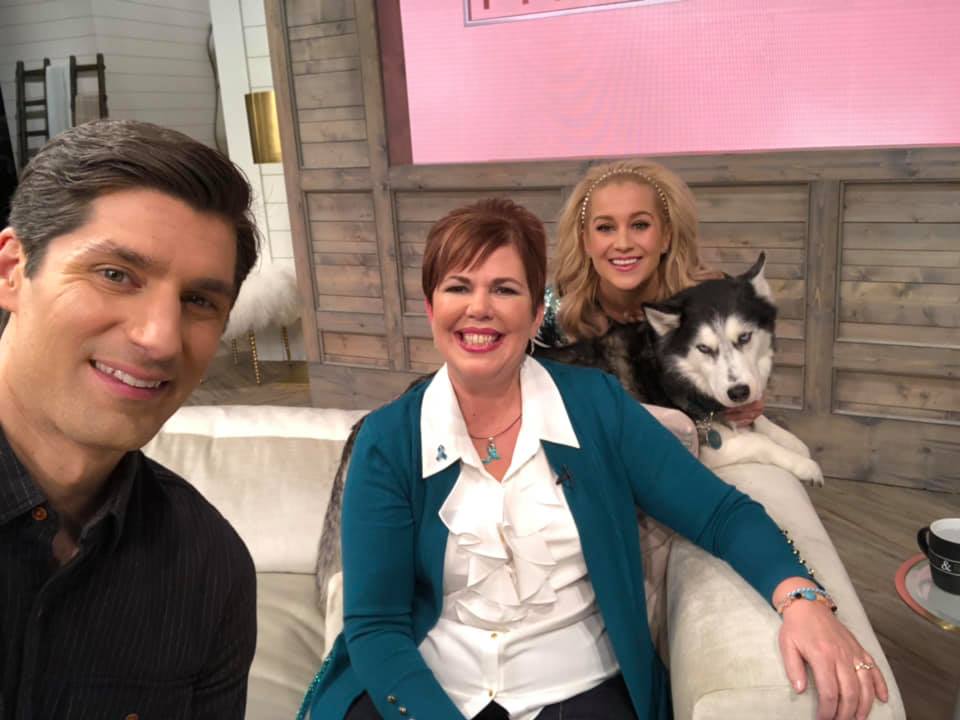 Pushed for time and having seen similar cases before the doctor dismissed her worry with a quick diagnosis even though he did no tests to confirm anything. Stephanie, not wanting to insult him, accepted his answer.
She grasped the script he had scribbled down on his pad in her hands as a wave of nausea hit her. 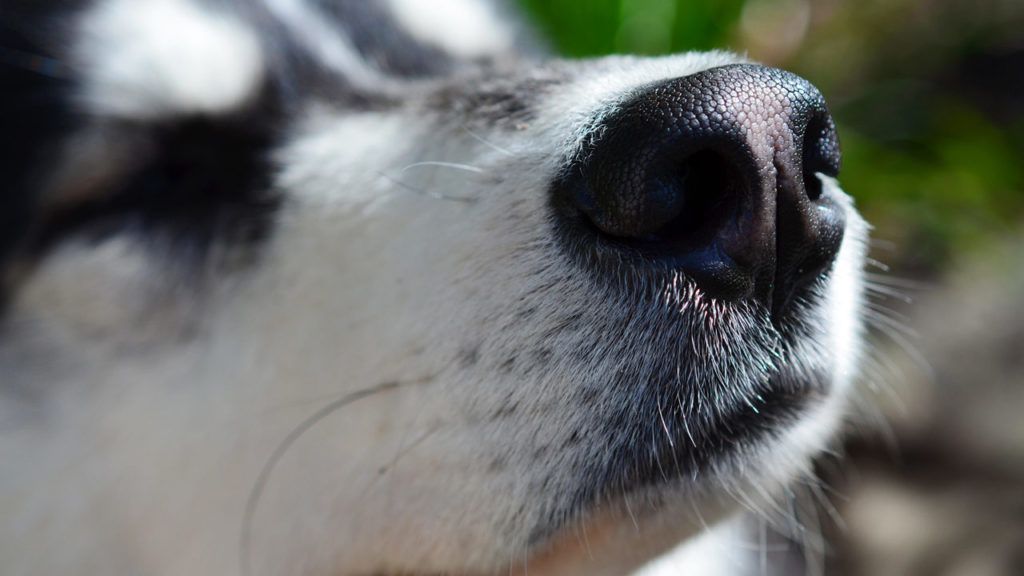 Stephanie tried to remember what the doctor had said as she filled her prescription for painkillers at the pharmacy–he thought that she just had an ovarian cyst, it was painful but they usually disappear on their own within a few months. But this pain felt…different.
She wanted to believe, but deep inside she knew that it was a lie. After taking a couple of days off for bed rest she had to get back to work. The pain medication was helping with some of the symptoms, like the sharp shooting pain in her belly was more of a dull throb now, but even medicine couldn’t hide the fact that the pills were masking something serious.
It was only when Sierra, her Siberian Husky, did something strange that Stephanie knew she couldn’t trust that doctor. 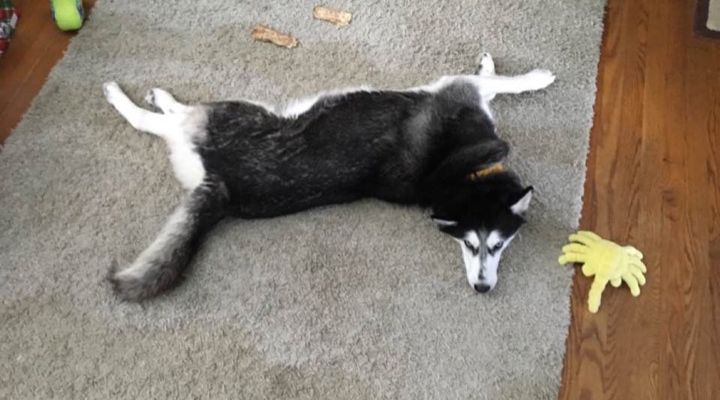 Sierra had been adopted by Stephanie from her son when she was nine months old. Sean Pere, her oldest son, had enlisted in the Air Force and was due to leave for duty overseas shortly.
Sierra soon became Stephanie’s best friend and loving companion. She never wanted to leave Steph’s side, so when Sierra started acting weirdly around her she couldn’t help but think that something was wrong.


Sniffing Out The Problem One day, just as Stephanie walked in the door, Sierra walked right up to her and did something she had never done before, “She put her nose on my lower belly and sniffed so intently that I thought I spilled something on my clothes,” she recalls. Then, Sierra snapped in distress.
Now Siberian Huskies are quite tall dogs and her nose was right up against Stephs belly but she didn’t click until something strange happened. “She did it a second and then a third time,” Stephanie explained. Then Sierra stopped sniffing Stephanie’s shirt and suddenly turned and fled, “After the third time, Sierra went and hid. I mean hid!” She ran away in pure terror and Stephanie’s blood ran cold.
When she eventually found her she was curled up in a tight ball, deep inside her closet. Stephanie was shaken at Sierra’s behavior, the sudden change was so unlike her. She was not known to become frightened easily, even taking thunderstorms that most other dogs would cower from in her stride.
It was clear that the dog had sensed something inside her owner that had deeply unnerved her, but Stephanie wasn’t ready to listen, yet. Stephanie’s symptoms became progressively worse and she began to deteriorate in front of her family’s eyes, but she remained determined to get to the bottom of her illness.
She tried natural remedies, herbal concoctions, spoke to apparent “experts” in online chats, but nothing helped. And no one could give her an answer. Maybe it was all in her head? Stephanie was suffering more than usual on one particular day, and she made a decision. She wasn’t going to continue hiding from the fact that something clearly was not right with her health.
She decided to get a second opinion and booked a gynecologist appointment. She trusted her dog’s reaction more than a rushed doctor. And she was right to. “To see (Sierra) become so afraid was spooky in its own right,” Stephanie recalled later. This time she had 2 tests done (in addition to a complete pelvic exam) an ultrasound and the CA-125 blood test. Soon she would have all the answers she so desperately needed.
But nothing could have prepared her for the moment she got her results. It took a few weeks for Stephanie to get her results from the blood test back, and then the phone call came that rocked her world.
The doctor told her that she needed to come in urgently–she would prefer to speak with her in person about her test results.


The Results Were In “So I made an appointment with a gynecologist,” Stephanie said, her voice choking up, “and in a matter of weeks and some blood work with an ultrasound, on 11-11-13 I was sitting in the gynecology oncologist room in shock that I had cancer.”
She will never forget that day the fight began. On November 11, 2013, Stephanie’s doctor sat her down and told her that she had stage 3C ovarian cancer, a far cry from the ovarian cyst she had originally been diagnosed with by the first doctor. How could they have missed something so big?
Finally, it all made sense–her strange symptoms and even her dog’s behavior. She was relieved to finally have an answer, but where did she go from there? In stage 3 ovarian cancer, the cancer is found in one or both ovaries, as well as in the lining of the abdomen, or it has spread to lymph nodes in the abdomen.
Former US Marine Corps, Stephanie underwent a full hysterectomy and had her spleen removed. She was a strong woman, but how strong? In April 2014, Stephanie received amazing news and all the chemotherapy, worry and sickness had actually paid off. Her doctor declared her free of disease – cancer-free! But they warned her that cancer has a nasty reputation of returning. Feeling lighter than she had felt in months she rushed home to tell her family the great news.
She was a survivor! But she should have known better. Stephanie had caught it fairly late, out of four possible stages she was diagnosed at stage 4. Her doctors warned her that it was more than likely that the disease would return.
She tried not to dwell on the past or fret over the future and just live one day at a time. But the doctors were right with their prognosis and in 2015 Steph was back in the doctor’s rooms.
<!–nextpage→ Steph didn’t need to be told twice when Sierra did the exact same thing she had done the last time. She sniffed Stephanie’s belly and sped away to hide deep in the closet again. A sinking feeling filled her because she knew exactly what was wrong.
Stephanie immediately made an appointment with her doctor only to find out the terrible news – the cancer had returned. Sierra had caught it a second time, and now it was in Steph’s liver. This time the dread disease was caught earlier and Stephanie was able to undergo treatment again. She did the unthinkable. She beat cancer a second time with some cutting-edge technology, Dr. Kushner suggested that she enroll in a clinical trial that included a new type of targeted cancer-fighting drug called a PARP inhibitor.
She only hoped it was the last time she’d need it. It wasn’t to be. Sierra once again started acting strangely and Stephanie knew it was back. She went to the doctors again to confirm what she already knew…
What her dog had told her! And for the third time, Stephanie began treatment. This time the cancer had spread to her pelvic area. How much more could she take? “It’s almost like the dog knows something is going on and is scared. The dog didn’t want to be near her,” Ashley Wagner, the executive director of the Wisconsin Ovarian Cancer Alliance said.
“That made all the difference in the world to her,’’ says Dr. Kushner regarding the high-tech science behind her recovery. “It’s amazing that one of the first targeted therapy for ovarian cancer became available just as she needed it.”


I Owe My Life To That Dog Stephanie, for the third and final time, managed to fight the disease and the 52-year-old is now cancer-free. “I owe my life to that dog. She’s really been a godsend to me. She has never been wrong,” Stephanie said. Her oncologist, David Kushner, has even said that some breeds of dogs have an incredible ability to accurately smell cancer.
Dogs have 220 million olfactory receptors in their noses compared with just 5 million for humans, and the part of their brains devoted to smell is also much larger. Stephanie knows that there is still a chance that she will have to battle cancer again but she is positive and an inspiration to those battling alongside her.
“There are things that are coming out new every day. That’s how I live my life. “I’m going to do the best thing I can do at the time until the next best thing comes along,” she said.
“I just feel like my story can let people think about their animals and think, ‘Wow, my animal did this when I got diagnosed.’ Just to give the animals credit that they are pretty smart.”
Must Read
Dog Refuses TO Give Birth, Then Vet Gives Owner News
Teen Disqualified Over Swimsuit Gets Last Laugh
His New House Was Hiding This In The Basement