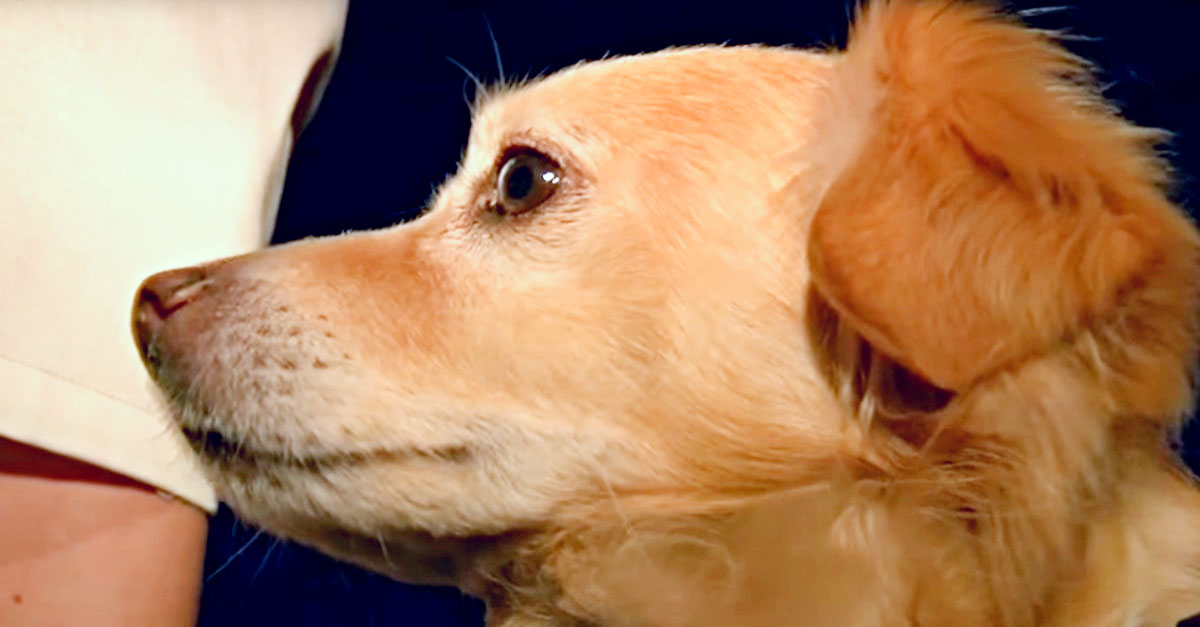 He awoke with a start, not sure what had woken him up. Realizing that his throat was so dry that it hurt, he took a long sip of water from the glass on his nightstand.
Suddenly, his new dog barked at him from the darkness and he almost jumped out of his skin. Sleepy and dazed, he didn’t think much of it. So he rolled over and went back to sleep, unaware that danger lurked just around the corner. 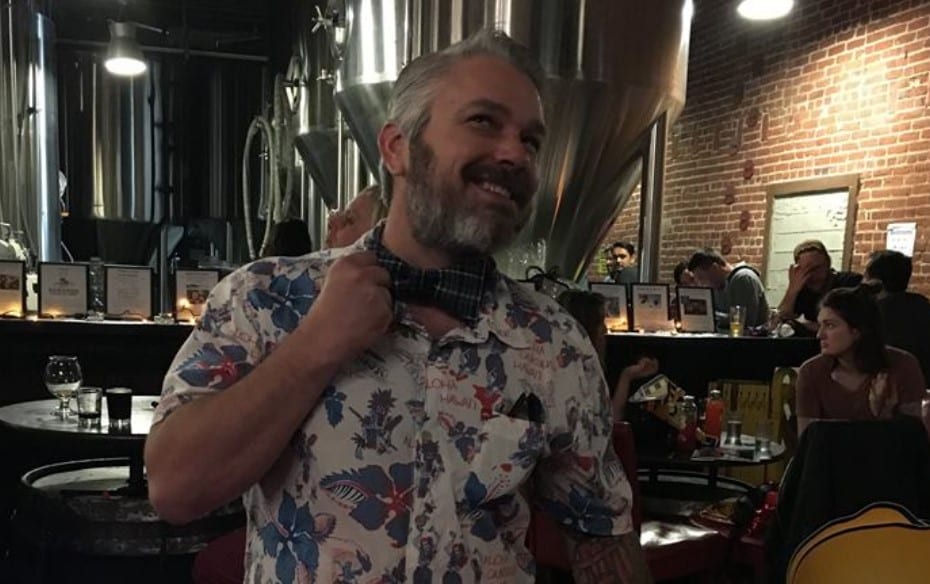 Drew Smith had done his research before deciding on which breed of dog to adopt. It seemed like he had thought of everything. He factored in the size of his apartment, his working hours, lifestyle, and possible medical expenses.
He thought he was ready for the commitment. But he didn’t know that what he expected would be far from what he got. 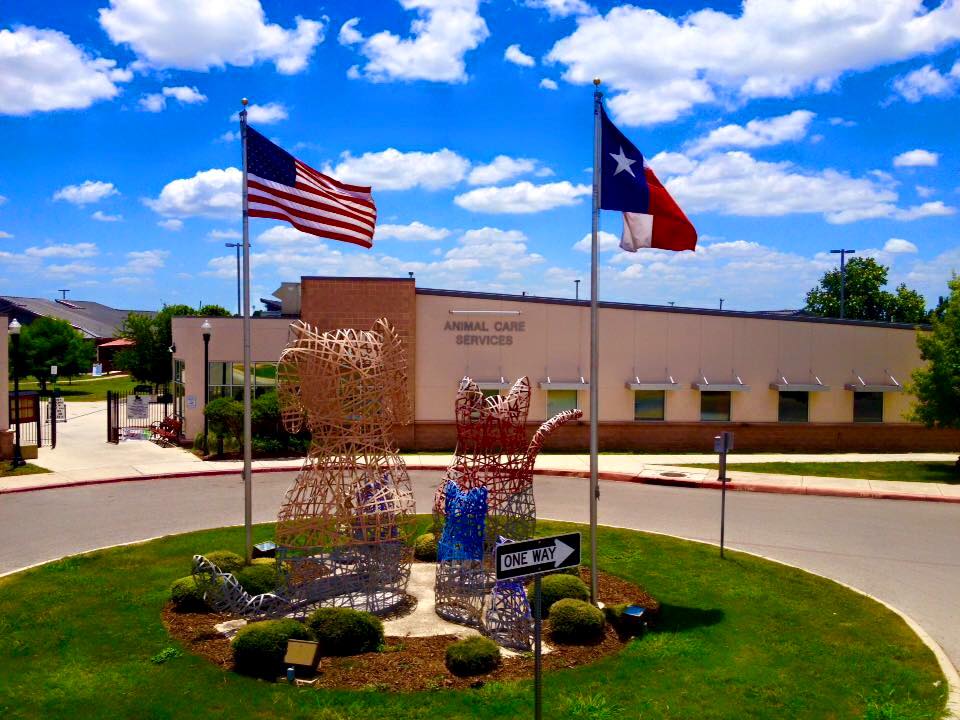 Drew arrived at the County of San Diego Department of Animal Services and his face fell as he realized that this was going to be an extremely tough choice. Bowled over by all the wagging tails and happy yelps, it was hard to pick just one dog to take home.
He had his heart set on a Golden Retriever, but then he saw a sad little face in the corner. 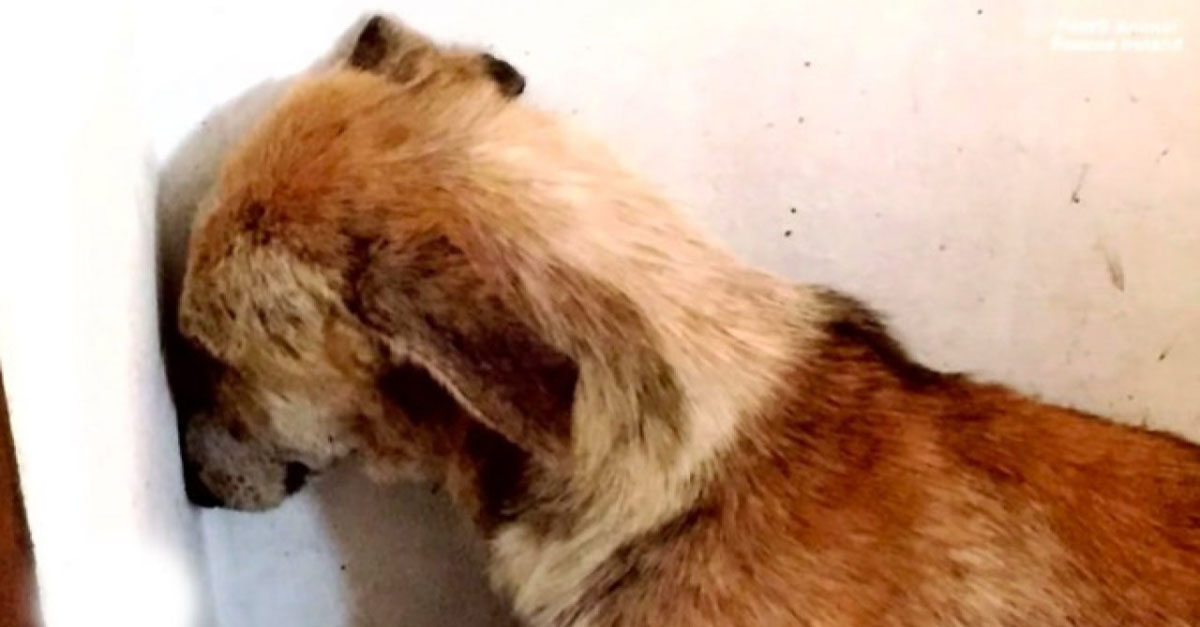 Drew was immediately drawn to the small spaniel mix. There was just something about him. He looked into Drew’s eyes pleadingly, his tail between his legs. Drew didn’t have to think — he knew that Carl was the one.
He spoke to the shelter staff to try to find out Carl’s history, and they told him something interesting. Carl had been found on the streets, the staff was unsure of exactly how old he was or what background he had come from. The only thing they knew about Carl was that he never made a sound. While all the other dogs in the shelter yapped and barked, Carl was silent.
And that suited Drew just fine. He lived in an apartment block and the last thing he needed was complaining neighbors. But there was one problem. Being an older dog, Carl had some dental issues that would need addressing. Drew knew that this could become quite pricey. And if Carl already had issues due to his age, how many other unseen problems did he have?
Drew considered his financial position carefully before making his decision. But in the end, he always knew that he’d be taking Carl home. 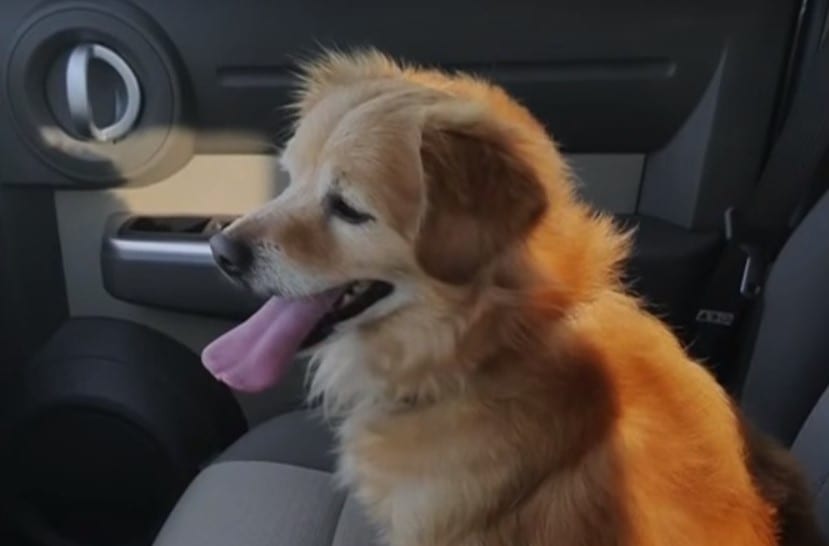 Drew signed the paperwork and took Carl home just a few days later. Almost immediately, he noticed a change in Carl’s behavior. He began to wag his tail more often and settled into a routine. Every evening Drew would take him for a walk around the block. Soon, the pair was inseparable.
Drew was happy with his decision to save a shelter dog, but what he didn’t know was that Carl would save him in return. 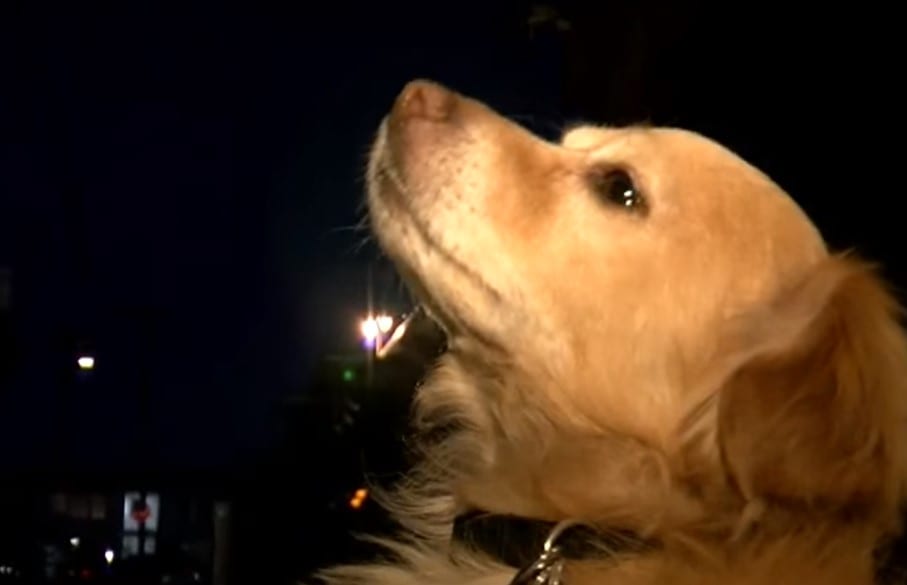 Two weeks had gone by. And, true to the shelter staff’s word, Carl had never barked. In fact, Drew had never heard him make a single sound. He never whimpered, yelped, or yipped when he was excited, and he never barked when the mailman slipped mail under the door.
That is, until one night. 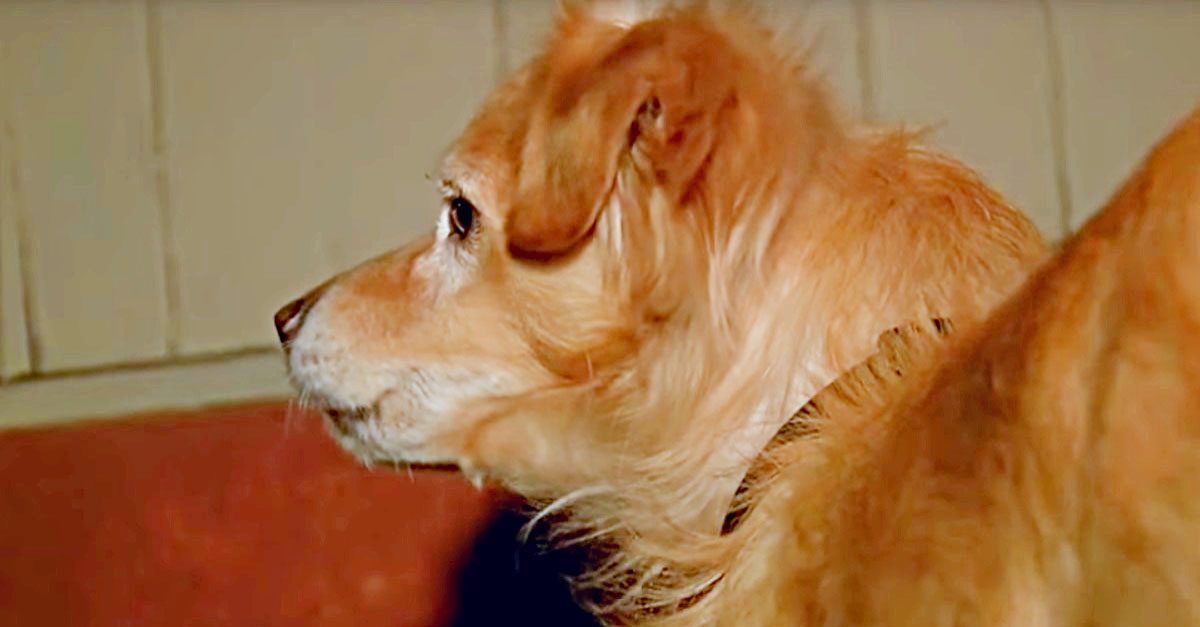 Drew had gone to bed early as he was feeling particularly wiped-out and his head was pounding. He checked on Carl and gave him his bedtime treat before drifting off. He slept deeply, blissfully unaware that there was something amiss.
But something had changed. Only, Carl was the only one who knew. 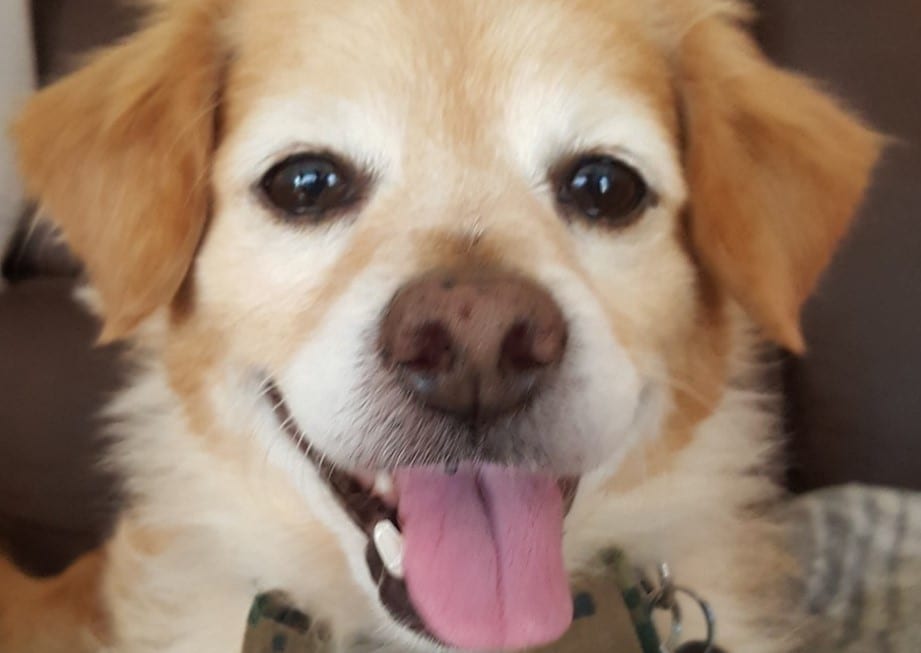 Drew, feeling something wet on his face, awoke with a start. Carl was leaning over him, trying to get his attention. But all Drew could think about was the burning sensation in the back of his throat. After gulping down the glass of water beside him, he drifted off again.
Then, he heard Carl barking and knew in his bones that something was very wrong. 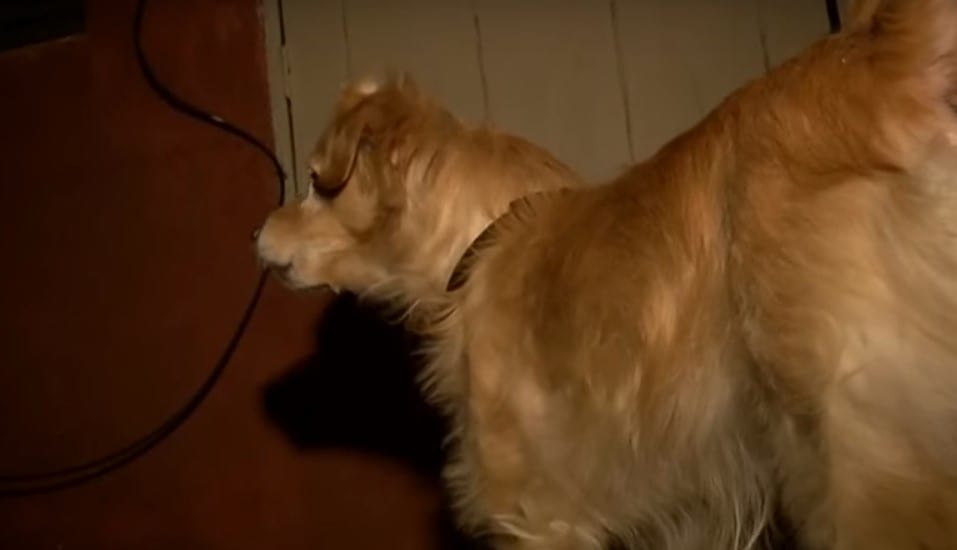 Carl paced back and forth beside the bed, waiting for Drew to follow him. But when he did, he was puzzled to see Carl stop at the wall. Could there be something inside?
Carl was insistent. He’d sniff the wall, let out a loud bark, and then look back up at Drew. He was trying to tell him something. Drew placed his hand on the wall and jumped back in surprise. Then, he smelled it. Smoke began to pour into the apartment and the wall was hot to the touch. The building was on fire! Drew scooped Carl up and burst through the door, banging on his neighbors’ doors as he ran down the corridor. The building’s residents began to stream into the hallway, bleary-eyed and panicked.
Within minutes the fire department had arrived on the scene. Thankfully, everyone was evacuated from the building in time. Drew’s apartment had sustained the most damage from the smoke, but luckily it wasn’t beyond repair. But if Carl hadn’t warned him just in time, he may not have gotten out alive!
“The gas lines are right here for the whole apartment… and it happened right above that,” Drew said. “Who knows what could have happened if this had really gone up?” 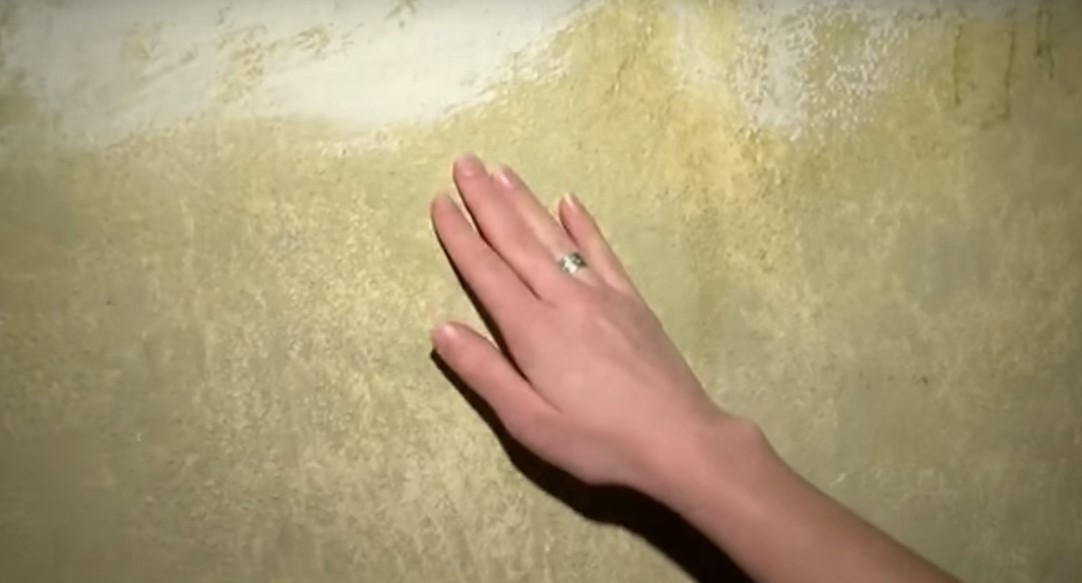 But what had caused the fire in the first place?
The fire department investigated the fire’s cause, but the verdict was unclear. They found no obvious cause. However, they were able to identify where the fire had started. It had been smouldering inside the walls of the building until it had grown to an inferno. The strange thing was that nobody had noticed. Drew said that there was no indication that anything was amiss inside the building until it was too late. The only thing that was out of the ordinary was that he had experienced headaches for a few days leading up to the fire.
Needless to say, Drew is extremely grateful that Carl had warned him just in time. “It’s scary to think if he hadn’t woken me up, what really could have happened,” Drew told Fox 5. “What ifs, you know?” Since the fire, Drew and Carl grew closer than ever.
“He’s obviously made the rest of my life better already,” he explained. “He’s probably already made my life a lot longer.” Carl made such an impact on Drew that he’s become a firm advocate of animal adoption and rescue. He urges anyone and everyone to consider adopting an animal from a shelter. It was most certainly the best decision Drew ever made! By saving a shelter dog’s life, he ended up saving his own, too.
Naturally, Carl’s rescuers at the County of San Diego Department of Animal Services were thrilled to hear of his heroic deed.


It Will Change Your Life Dan DeSousa, the shelter’s director, described the story as “amazing.” Carl’s story already confirms what he already knows. He said in an interview: “We always say… adopting an animal from a shelter will change the owner’s life. As well as the life of that animal.”
But he never expected his statement to ring so true.


Give Them A Chance “However, it’s rare that we get to see an adopted animal actually save the life of its owner,” Dan confessed.
Of course, Drew couldn’t be happier. It was as if fate had brought Carl into his life for a reason. He said in a statement: “Give them a chance; they may give you a second chance.”


The Best Decision He Ever Made “Carl doesn’t seem like he has a mean bone in his whole body. He’s a really sweet, really just awesome dog,” Drew said, smitten.
“I’m glad that I saw through what physical flaws he may have had. He’s very happy, he’s very cool and he’s really affectionate to other people – including myself and other dogs.”
Must Read
Genome Studies Manage To Find A New Branch Of Fungal Evolution
European Space Agency Budget Increases By 10 Billion For The Next 3 Years
Artemis 1 Finally Launches: What It Means For Space Travel And Exploration