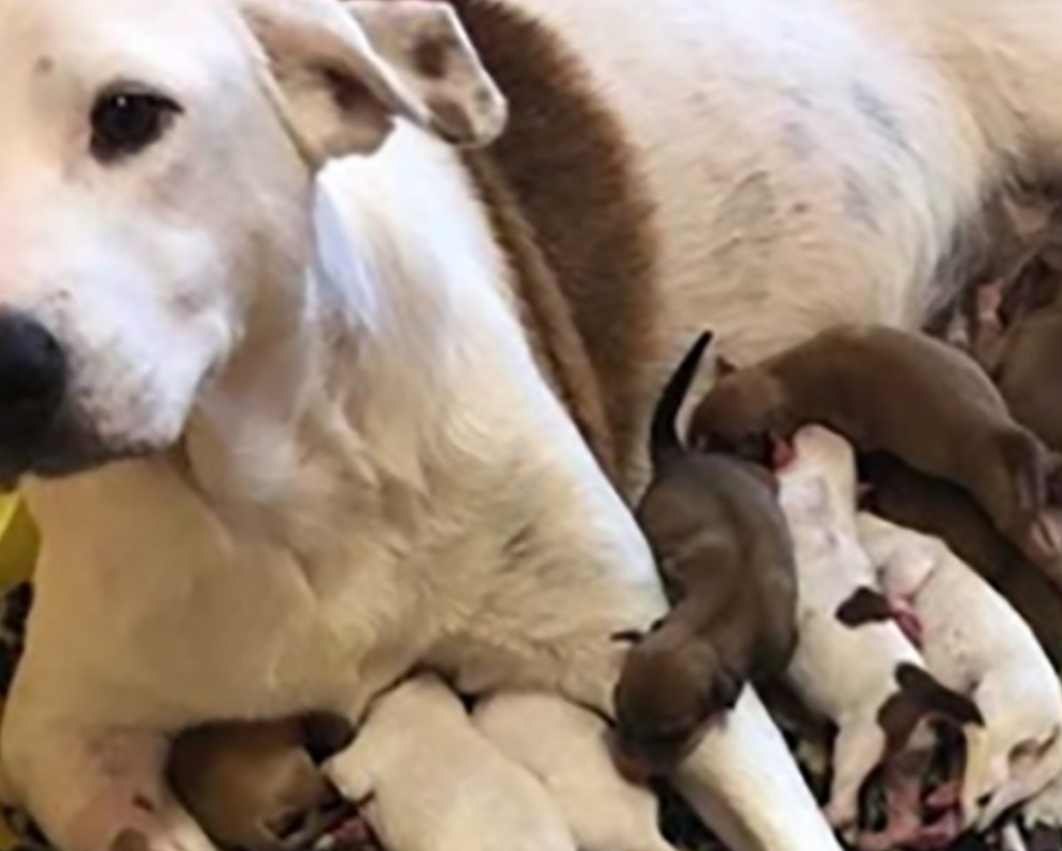 Hard-working staff at animal shelters often do rescue work in an effort to prevent too many stray dogs wandering the streets.
Luna is a stray dog who was picked up off the street in Winona, Texas. She was clearly pregnant and the staff knew they had to help her. Patiently, they awaited the arrival of her puppies. 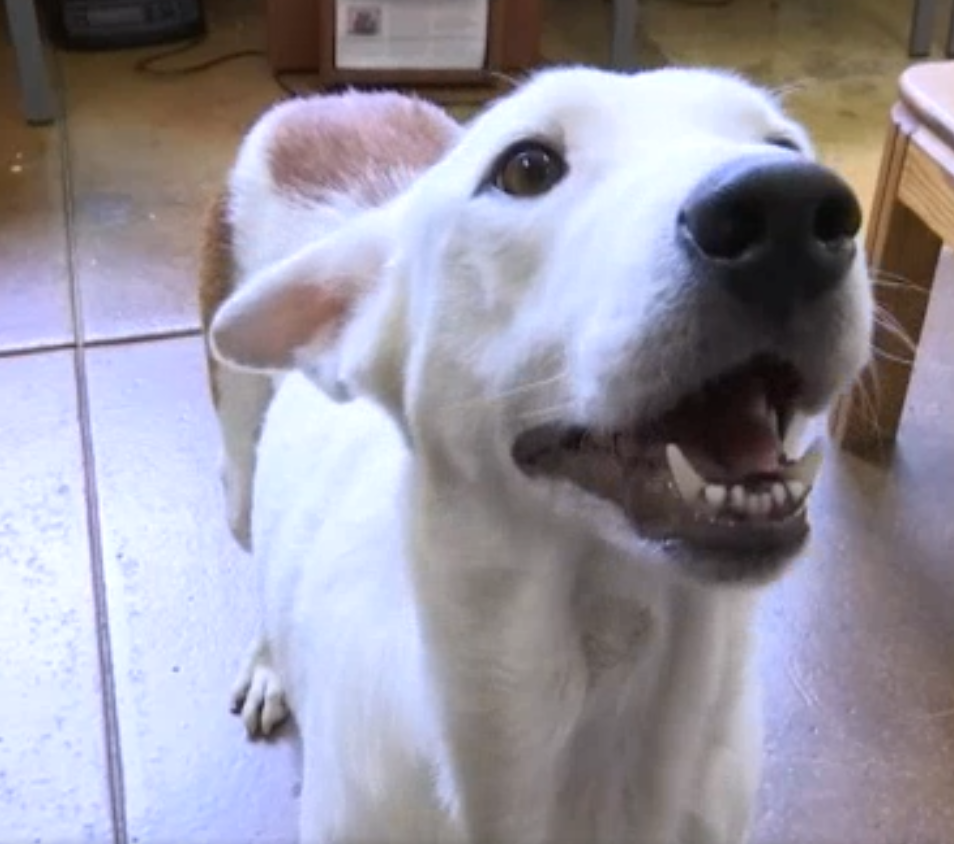 They had no idea just how many babies were going to enter the world, but nevertheless, the day arrived. Luna went into labor in the early hours of the morning.
Little did they know, Luna was about to do something unprecedented. 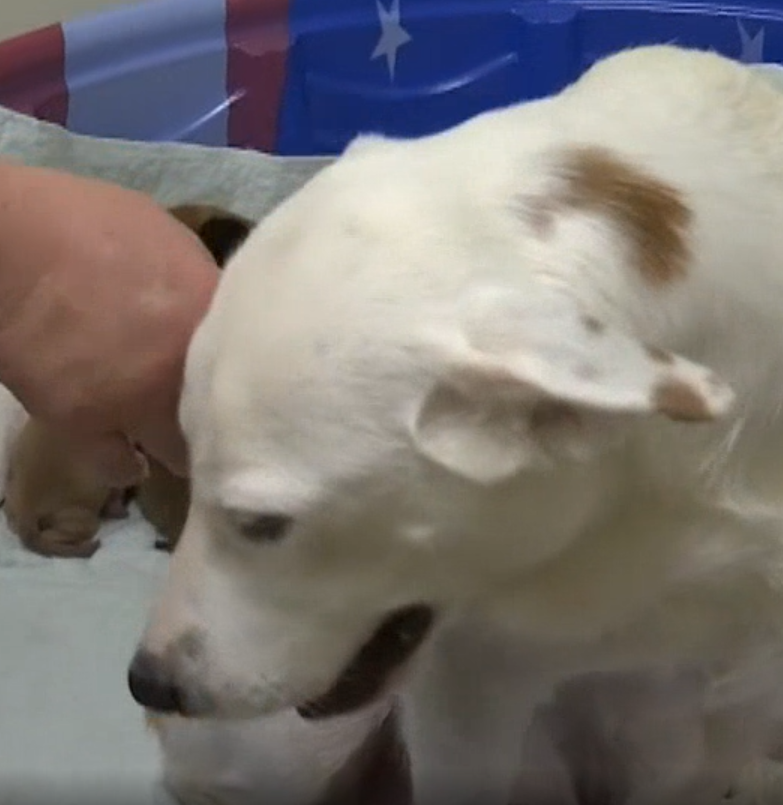 Luna then proceeded to give birth to another two babies, which were healthy and happy. But then, another problem arose.
She stopped giving birth and the County Animal Control had no option but to proceed with a C-section. Where would this take place? 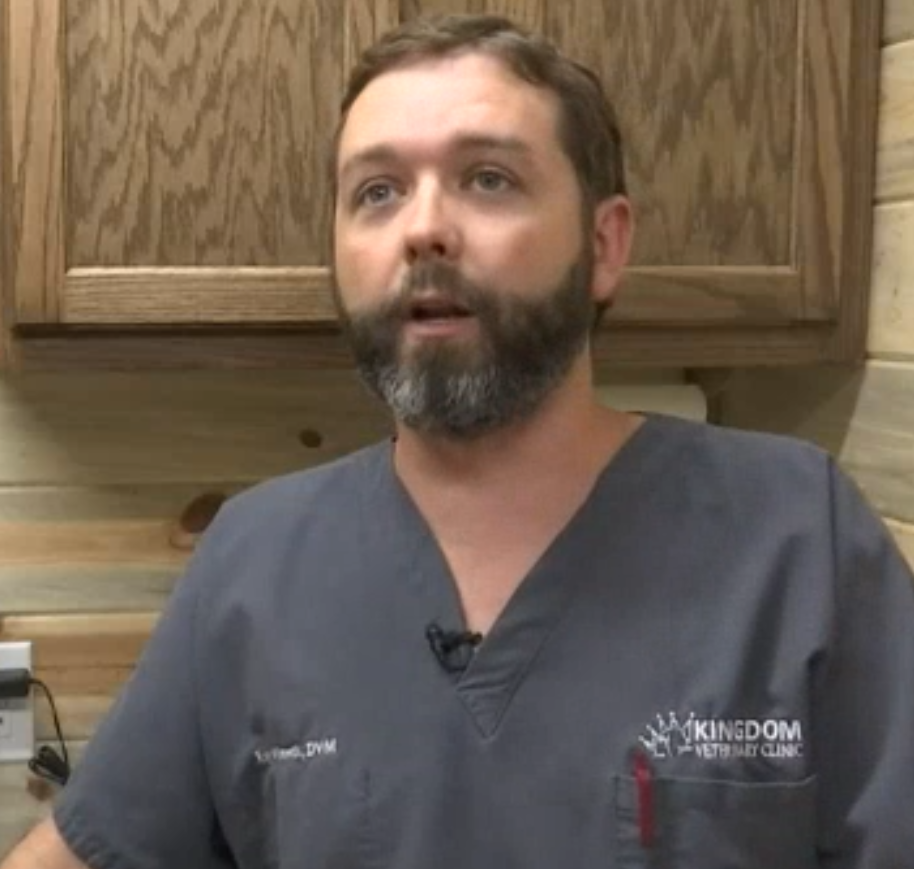 Emergency surgery was issued and Luna was transported to the Kingdom Vet Clinic for the operation to be performed.
Luna would give birth to an astounding number of puppies. But just how many? 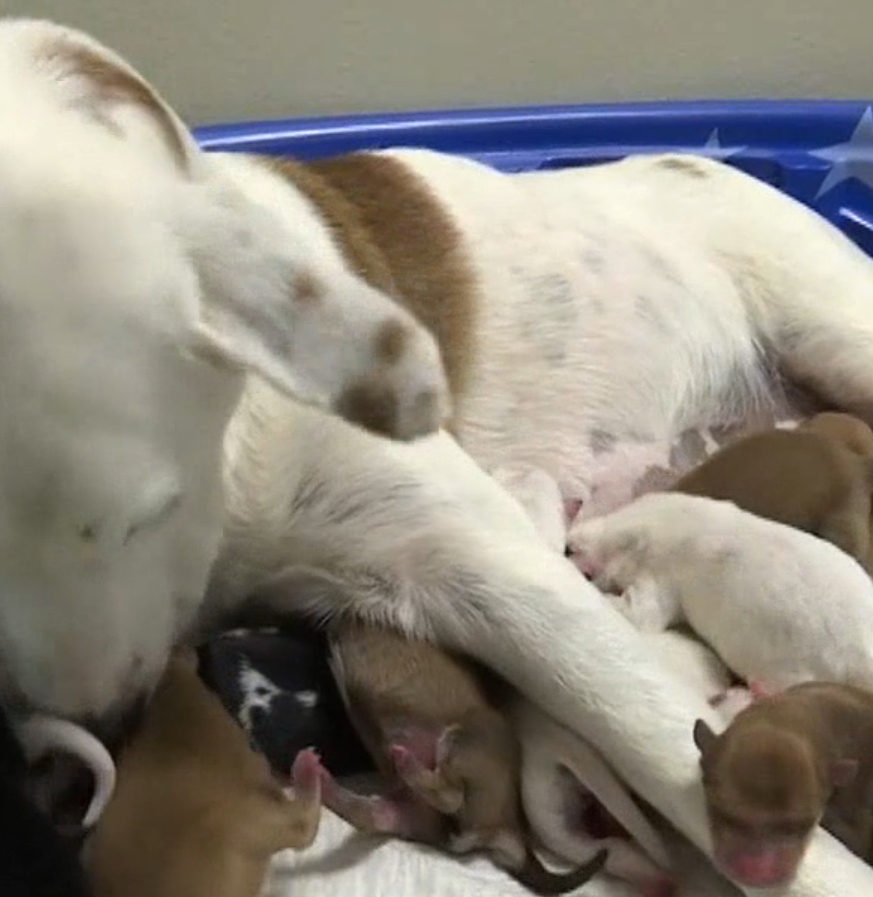 Luna would need recovery time after the surgery and was transported to a foster home to recover. She produced enough milk to feed her babies but unfortunately, due to the size of the litter, some babies would have to be bottle-fed.
A fund-raiser would be set up to pay for Luna’s surgery. But how many babies were there? 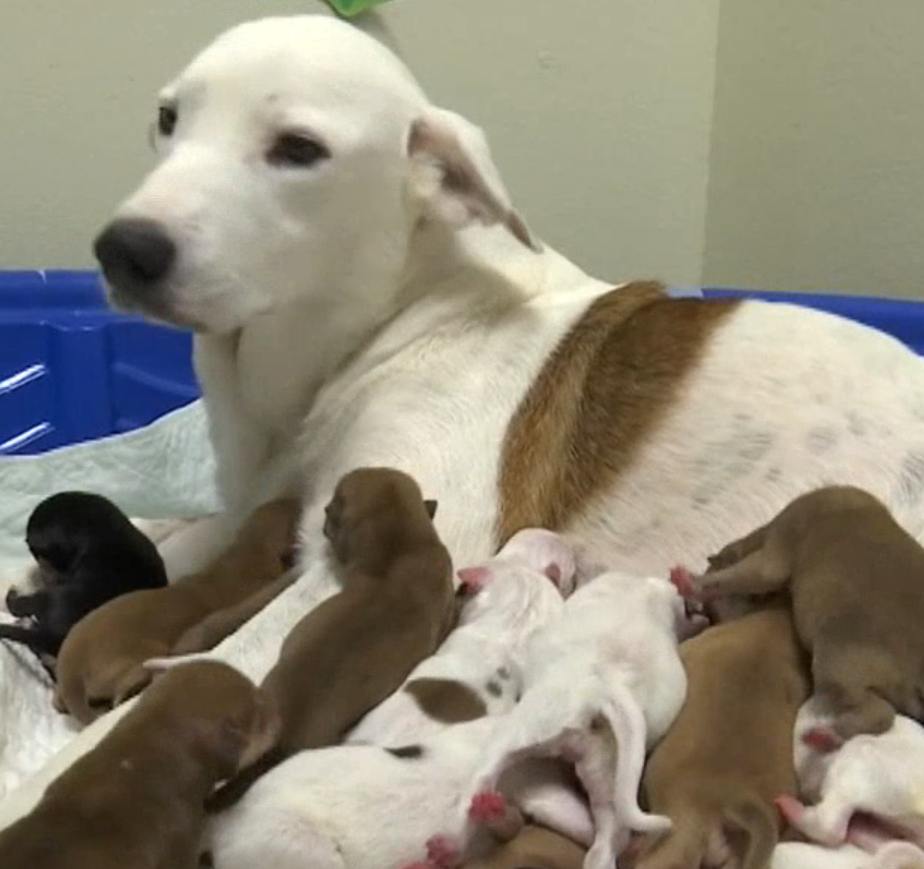 Twenty babies were born during the emergency C-section — which is only a few puppies shy of the Guinness World Record, an astonishing feat indeed!
The puppies were strong and healthy, and the mother made a full recovery. Was enough money raised to pay for the procedure? 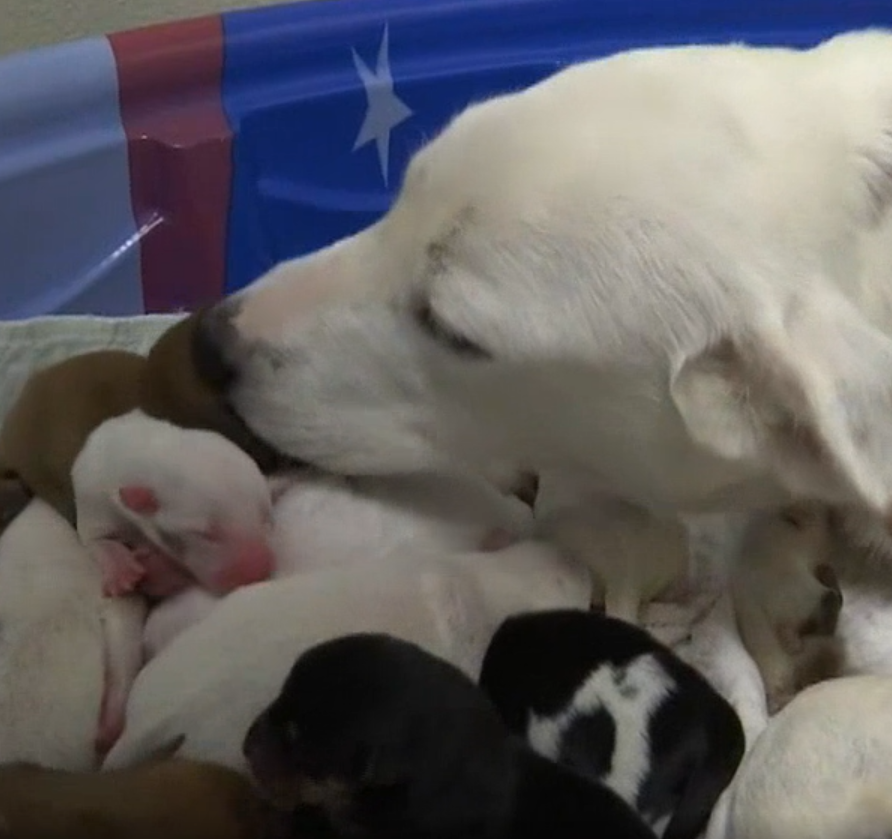 ‘Because4Paws’ raised $1,200 for Luna and her puppies. But this would barely cover the surgery, or help take care of the babies.
Posts on social media would call upon people to donate and help the pooches. Where would the puppies go? 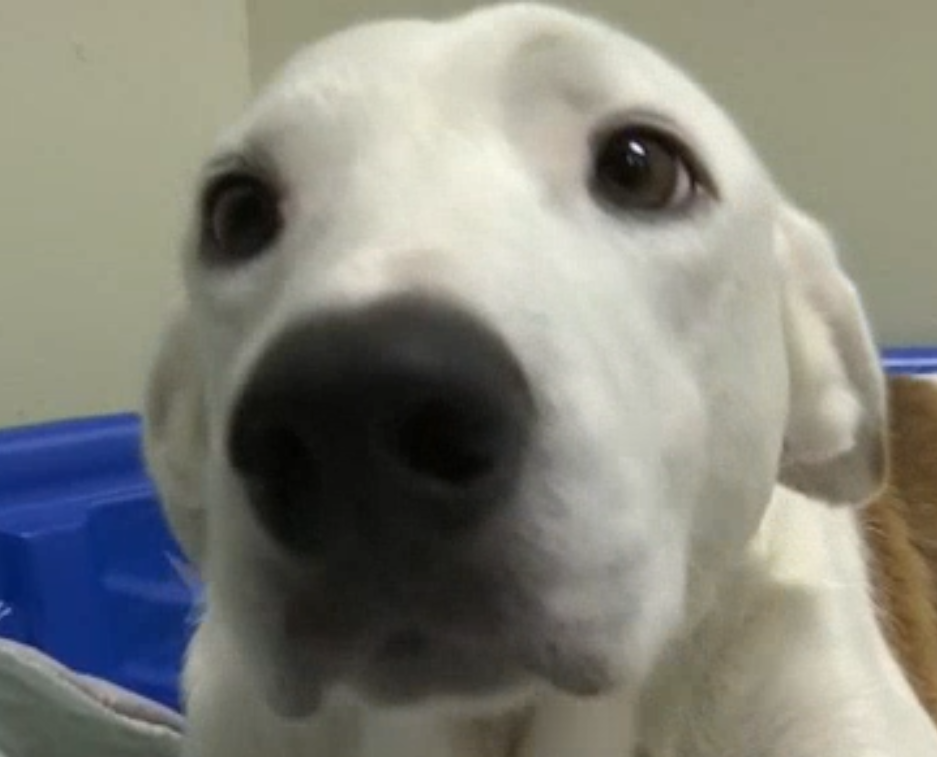 Without all the amazing volunteers, neither Luna or her puppies would have made it. Social media would make it easier for the puppies to be adopted and saved from the harsh reality of the streets.
When a community comes together to save a life, the fruits of their good work are truly rewarding!
Must Read
New Study Suggests Teacher Evaluations May Perpetuate Academia's Gender Biases
Rare Earth Elements Can Potentially Be Pulled From Coal Waste
United Arab Emirates Names Oil Chief To Lead Upcoming Climate Change Conference