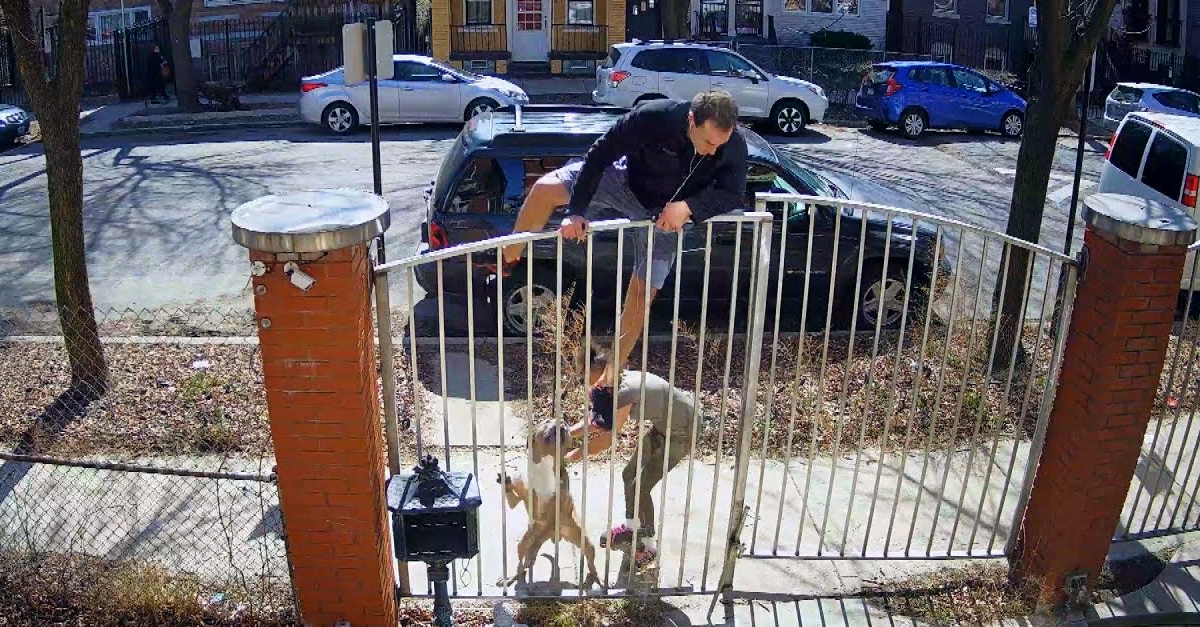 He sensed that something was amiss, so he glanced out the doorway, where he was met with a sight he’ll never forget as long as he lives. Before he can run to her and stop it, it’s already too late.

His little girl was lying motionless in the grass, and the huge German Shepherd was towering over her. He screamed the dog’s name as he watched in complete horror. 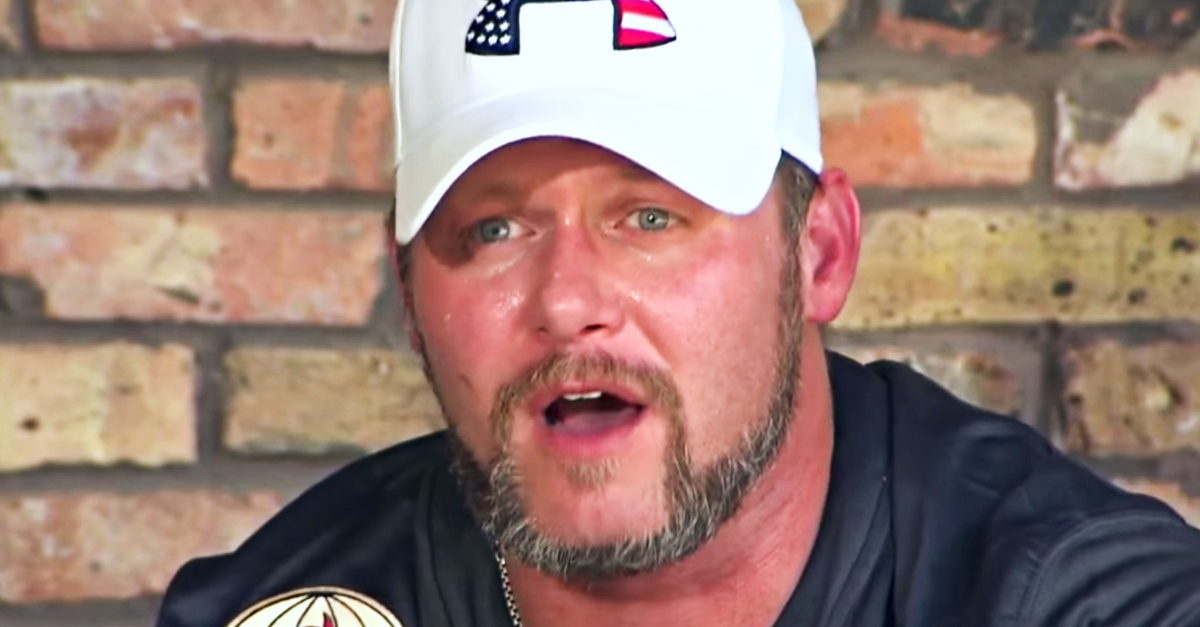 Adam and Donya DeLuca lived in Tampa, Florida, with their children Molly and Joey, and a German Shepherd mix named Bailey. Bailey had been an important part of the family for a long time, so when he passed away in 2016, everyone was devastated.

But it was Donya who was most affected by his loss. 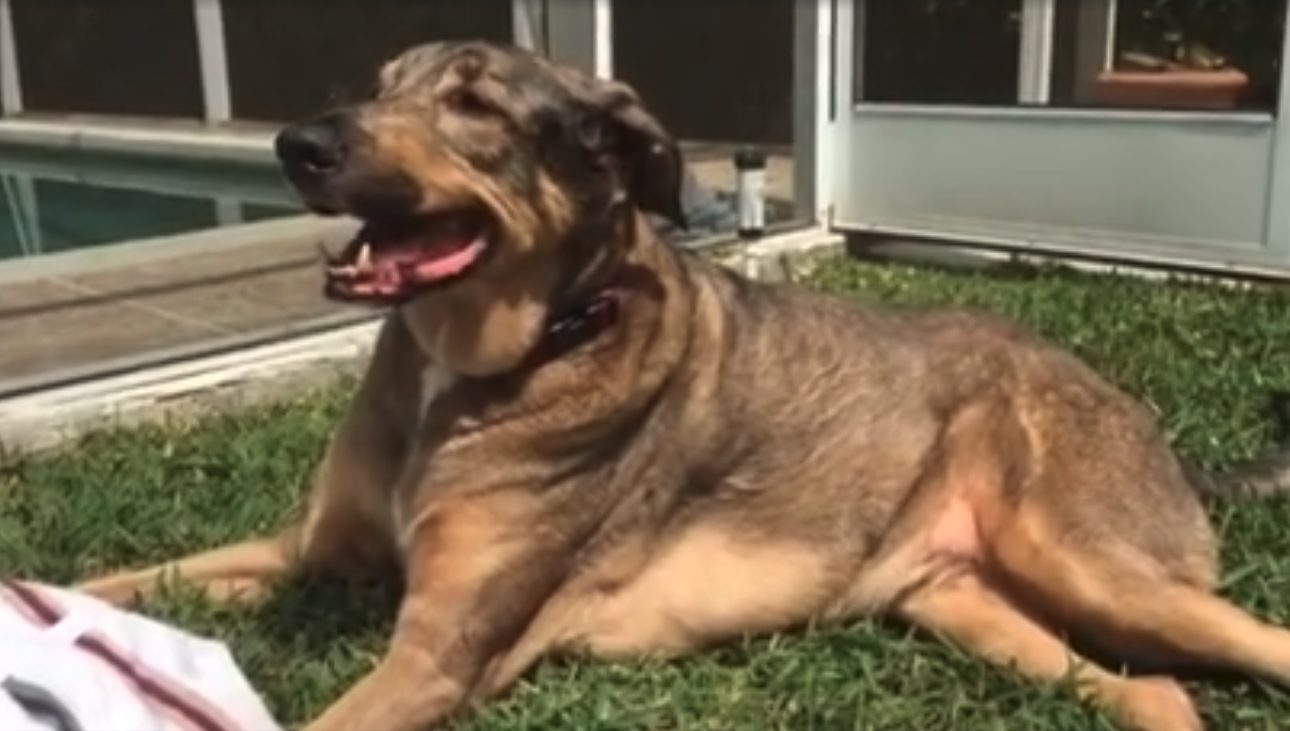 So, just days after he passed, Donya resolved to make the best out of a bad situation. She decided to open up her home to another dog in need. But she had no idea that she was laying the foundations for a family tragedy.

The Decision That Changed Everything 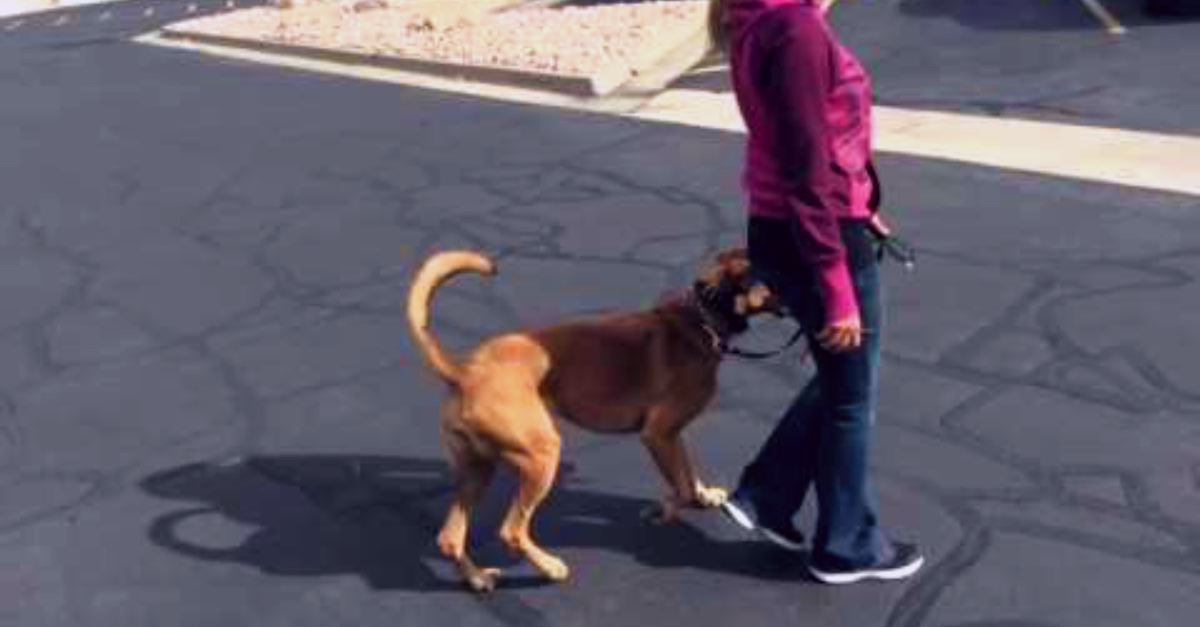 When they began looking for a family pet, the DeLucas decided that they wanted to help a dog in need — the unwanted pet population was higher than ever and they wanted to do their part.

So instead of going to a backyard breeder or pet shop, Adam and Donya went to the shelter. There were many dogs there needing loving homes, so it was a tough decision. Donya even met a wolf-dog hybrid. But, in the end, they chose a large German Shepherd named Haus. Although his history was largely unknown, they didn’t think twice about introducing him to 7-year-old Molly and 4-year-old Joey right away. Adam had expressed his concerns early on. Had they chosen the right dog for the family? And had they really thought everything through? He didn’t want the pressure of replacing Bailey quickly to cloud their judgment. After all, they had no idea what kind of background Haus had come from.

But his reservations were quickly swept away as he got caught up in the family’s excitement – they were getting a dog! 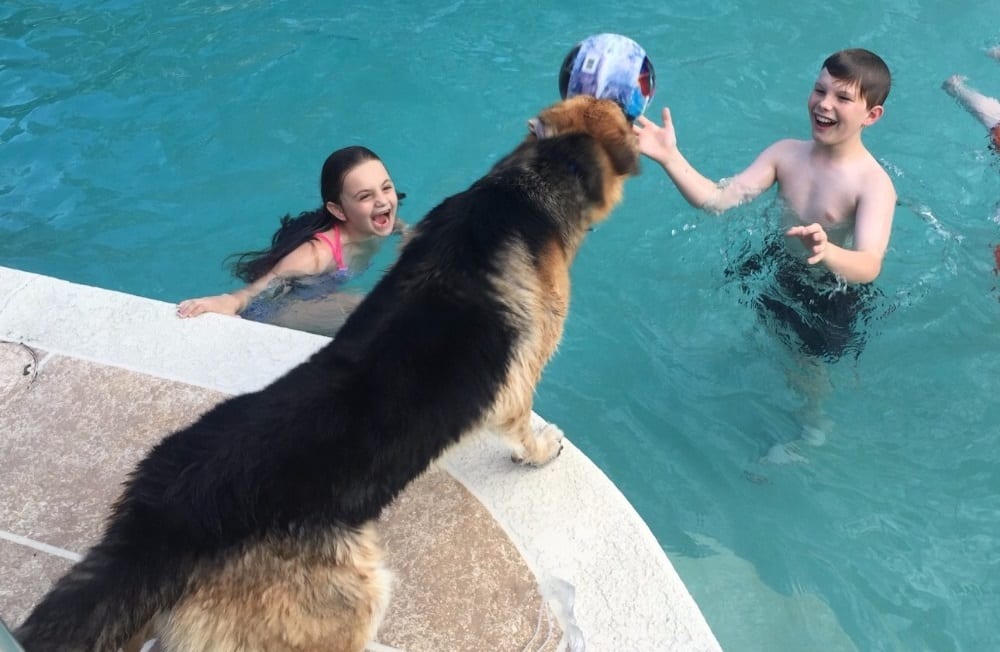 After the first week, Donya was thrilled with Haus’ progress. He had settled more quickly than they had expected and even appeared to grow quite protective of her children – especially Molly.

“Haus just bonded with all of us so quickly,” Donya explained. “It was like he was always part of our home; even the neighbors took to him. It was meant to be.” The new dog just seemed too good to be true. 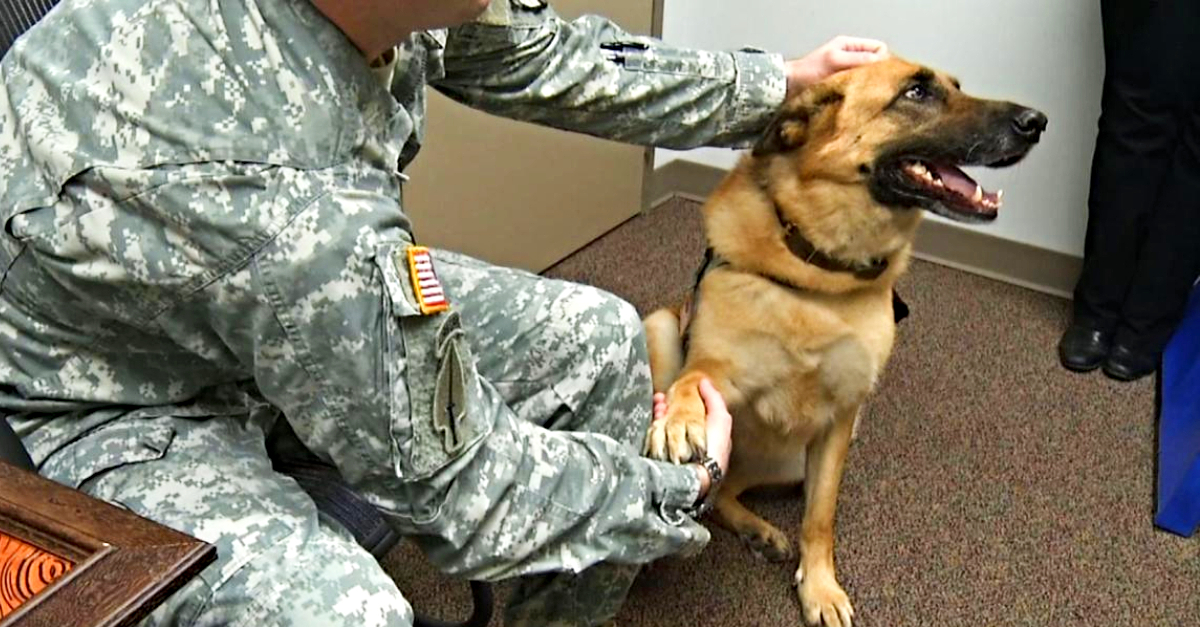 Haus had even gotten into the habit of gathering his toys on the lawn and guarding them. The DeLucas felt secure in the fact that they had made the right choice. They found it endearing that he was so protective of their young daughter, and thought it was cute that he hoarded his toys.

But in less than a month, they wouldn’t be so sure. 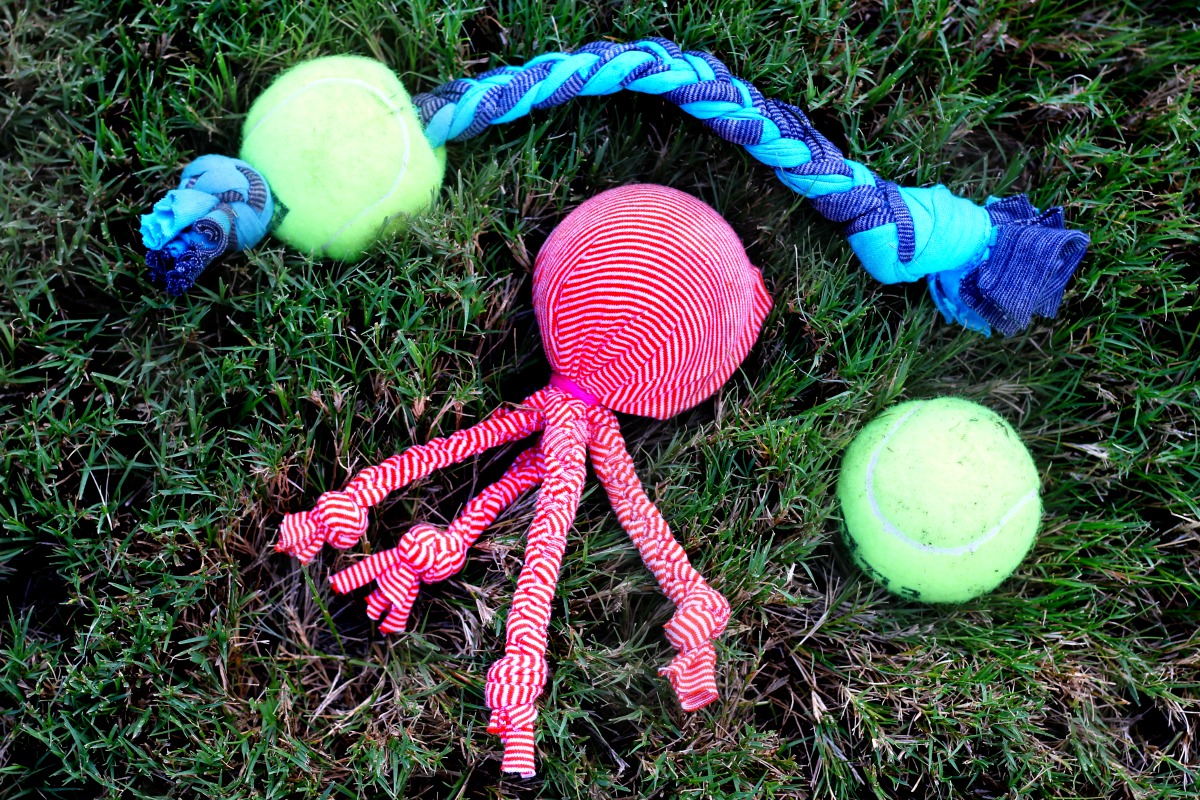 On that fateful morning, Joey and Molly’s grandmother was visiting, as she usually did. Two whole months had passed since Haus’ adoption, so nobody had expected anything out of the ordinary to happen.

Molly went outside into the yard, and the big dog followed her like a shadow. The little girl leaned over to gather his chew toys from the grass, and that’s when Haus began to snarl. 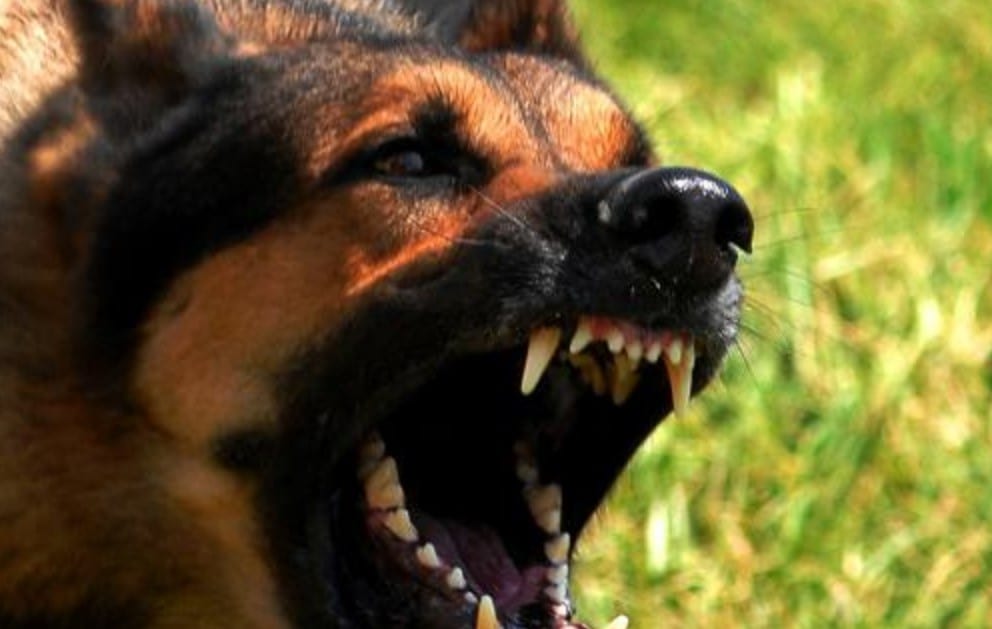 Adam, as if sensing that something was amiss, glanced out the doorway and was met with a sight he’ll never forget. But before he could make a move to stop it, it was already too late.

Molly was lying still in the grass, pinned by the huge German Shepherd towering over her. Adam bellowed Haus’ name as he watched in horror. The dog leaped off Molly and lunged forward, his mouth opening with a flash of white as he struck his target, again and again, recoiling after each audible snap of his jaws.

Adam and grandma DeLuca reached the scene as Haus let out a yelp that chilled their bones. Adam scooped Molly up and held her close, in complete shock. Grandma DeLuca’s mind raced at a million miles a minute as she ran to her granddaughter. She had heard of dogs just snapping, but could this have happened to Haus? She couldn’t help but feel like it was all her fault.

She should have been paying more attention. She shouldn’t have let Molly go outside alone. But had they all been so overwhelmed by the loss of Bailey that they had refused to see what kind of dog he really was? 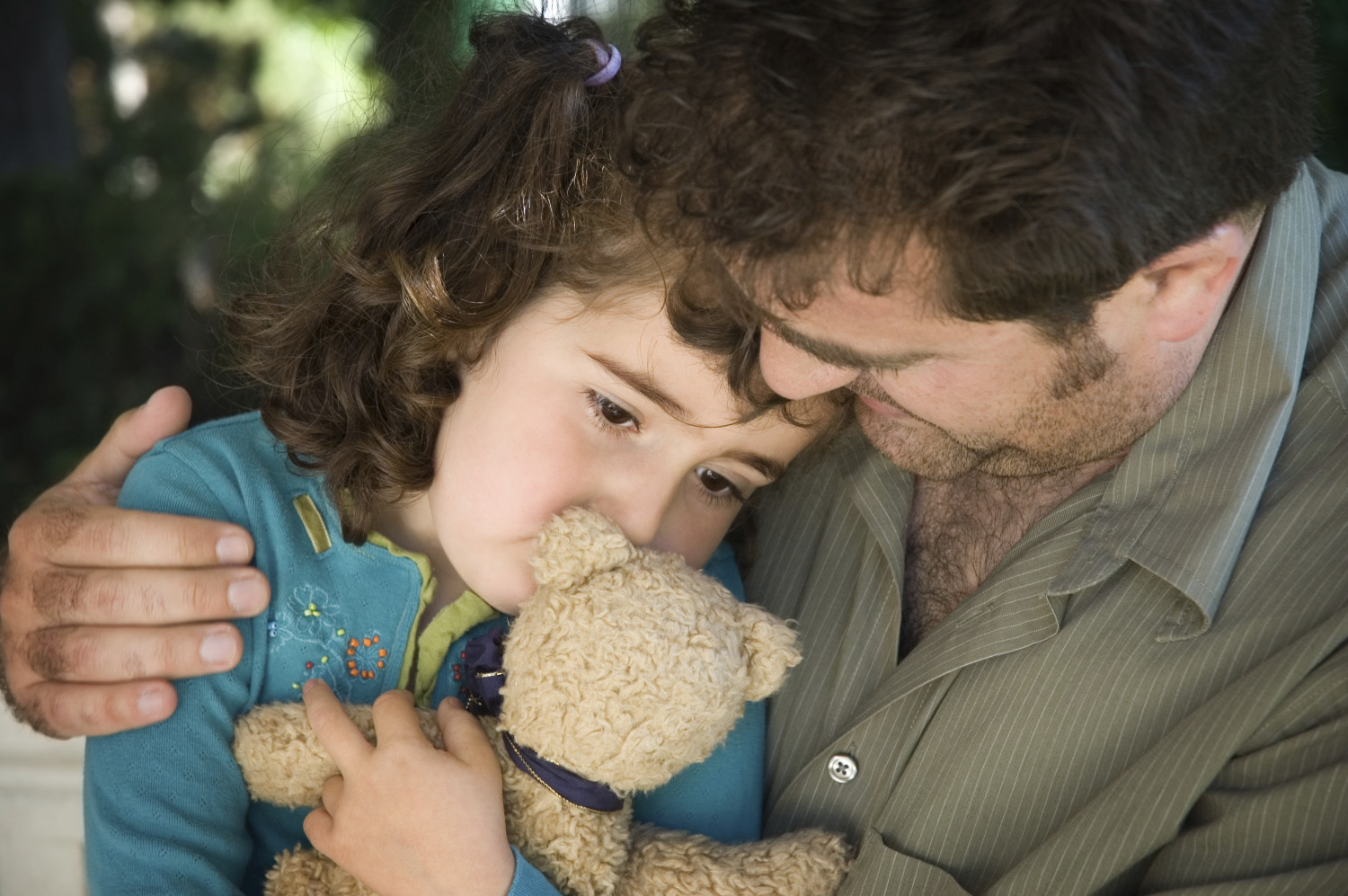 Grandma DeLuca had one thing on her mind, and one thing only. She had to see if Molly was okay. Then, she’d deal with Haus. Adam held her while she checked her all over until she was satisfied that she was unscathed.

They were surprised to see that there wasn’t a single scratch on the child. But when they turned their attention to Haus, grandma DeLuca screamed. 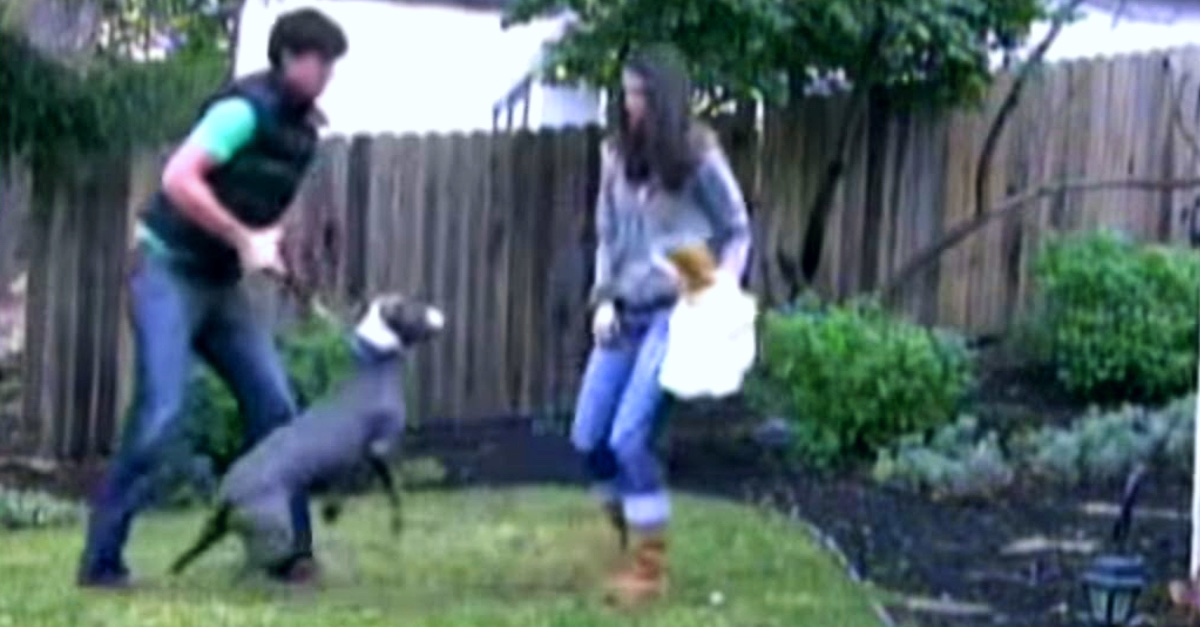 Haus was struggling to stand on his feet, panting heavily and salivating. He lifted his front paw as if in pain. Then, his breathing grew labored and he collapsed. Haus was deteriorating right in front of their eyes. Something else was clearly going on here.

Grandma DeLuca couldn’t understand what had happened. Then, she saw it. An eastern diamondback snake lay coiled in the grass – the most dangerous snake in North America. With a heavy, powerful body and long fangs, these rattlesnakes’ bites have a thirty percent chance of being fatal to a human.

Although these snakes are not usually aggressive, this one had had a protective Haus to contend with. Haus had been shielding Molly from the danger and had sacrificed himself. But would he pay the ultimate price? Grandma DeLuca knew she had to act fast. In the case of a snakebite, every second counts. She rushed Haus to the nearest vet, the Tampa Bay Veterinary Clinic.

Vets immediately began emergency snakebite treatment on the brave dog. But when the rest of the family arrived shortly afterward, all they could do was wait.

He Didn’t Back Down The vet on duty delivered some startling news. He informed the family that Haus had been bitten three times by the rattlesnake, which had flooded his body with a triple dose of deadly venom.

He explained that, usually, a dog will retreat after the first bite. But because Haus was fighting for Molly he stood his ground. Vets had to administer a total of nine doses of anti-venom via a drip, as well as a blood transfusion. Then, an unavoidable complication arose for the DeLuca family. As Haus’ life hung in the balance, the vet bills began to grow exponentially – too much for the family to afford. But they were determined to do everything they could for the dog who had risked his life for their daughter.

They created a GoFundMe account to try to raise the funds for Haus’ treatment, with a $28,000 goal to cover his medical expenses. When news of the dog’s heroic actions spread on social media, the public was so awed by Haus’ fighting spirit that the cash began to pour in. Within just a few days, the campaign had reached a whopping $51,000 – almost double the DeLucas’ original goal.

Now, with his family and hundreds of Americans rallying for him, Haus had to fight as hard for his own life as he had fought for Molly’s. Miraculously, Haus was ready to go home in just seven days. Luckily, he had received treatment just in time and vets were able to mitigate the massive amount of venom he had absorbed.

Donya was beside herself. “I would almost say it seems miraculous, based on the turnaround that we had from last week,” she told ABC News. “We’re just really, really happy.” But fans and followers had one question on their minds. Everyone wanted to know: How was Haus doing?

Donya opened Haus his very own Facebook account to keep his fans updated. “We’ve gotten a lot of requests for updates so I wanted to reach out,” she wrote in 2017. “Haus is doing very well. He is happy and healthy with very minimal lasting effects.” Haus The Hero Dog, of course!

Now, after becoming the poster-dog for Heidi’s Legacy, the shelter he came from, the DeLucas are determined to try to help the shelter as much as they can. They have signed up to be full-time foster parents, providing other dogs like Haus a loving home while they wait for their new families to come along.