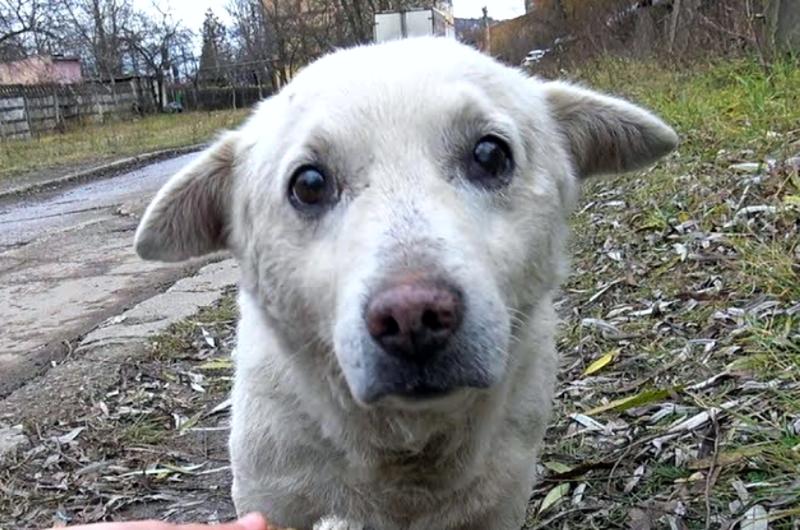 Suddenly, she disappeared into the ground. Alarmed, Mike raced towards her then stopped abruptly. He realized that she had entered the other end of the strange pipe he saw earlier.

Something wasn’t right but he couldn’t put his finger on what. He bent down slowly as he tried to ignore the pounding of his heart warning him that something was wrong. Why did she take him here? 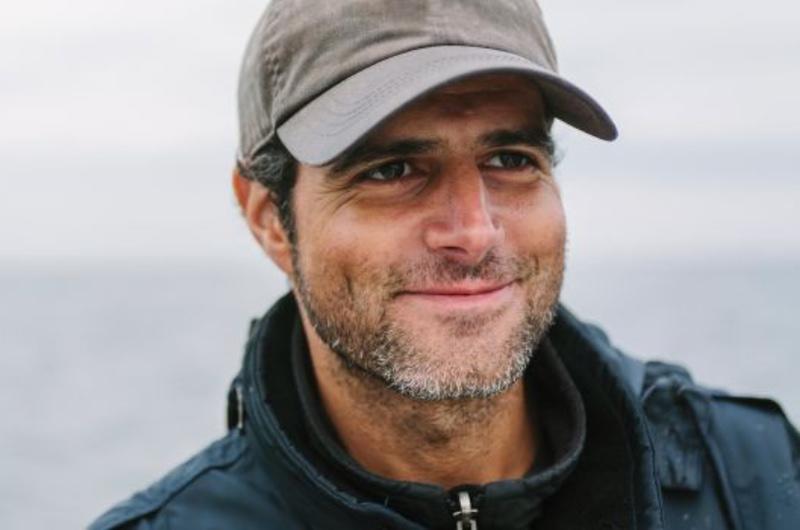 Mike Turner was driving home after a long day’s work. He wanted nothing more than to relax on his couch and eat to his heart’s content. He spent the whole day daydreaming about his stir-fry leftovers in the fridge and a cold can of soda to enjoy in front of the tv to slowly erase the stress of his day.

Little did he know, however, his plans for the evening were about to take a drastic turn. 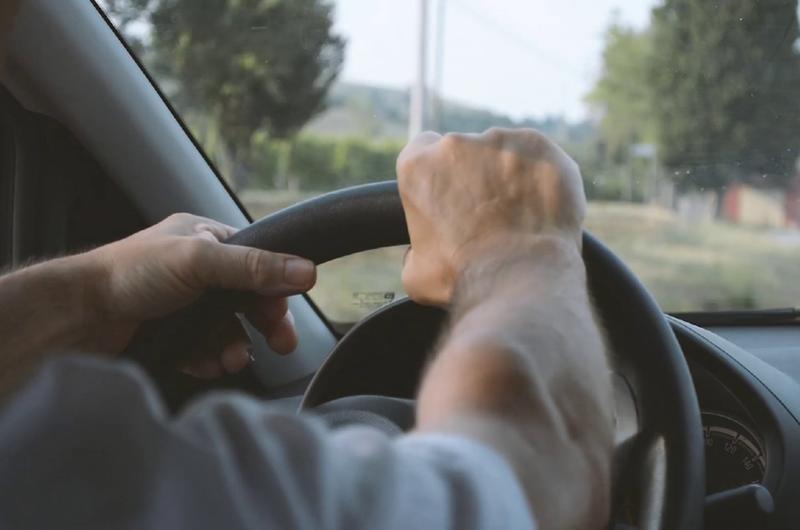 It was a cold, overcast day. The type of cold that made you want to curl up in a blanket in your house all day. The weather was probably part of the reason Mike wasn’t in the best of moods too.

As he drove, he considered going over the speed limit to get home faster but then he thought better of it. Good thing too, because if he was going any faster, what happened next would have ended in a disaster. 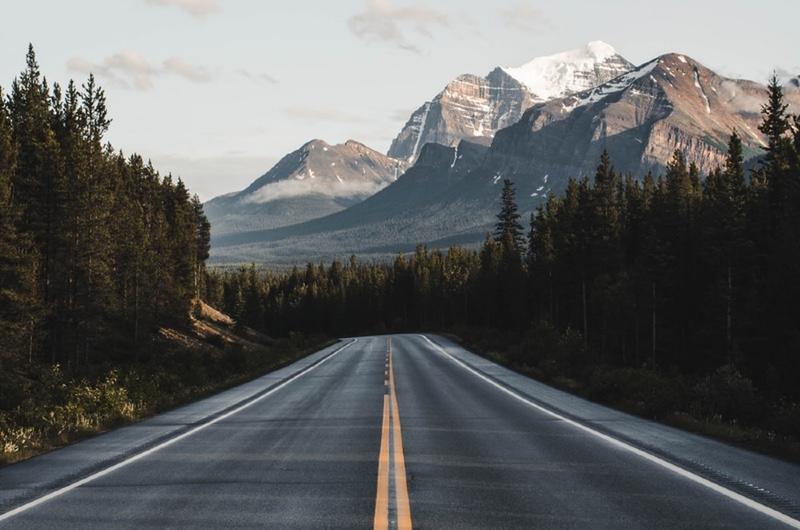 His heart pounded as his mind raced with worst-case scenarios. Carefully, he reached his hand down and peered into the eerie darkness. Suddenly, his eyes widened in horror.

He was about halfway home when he noticed something on the road ahead. It appeared to be some kind of animal. Mike pressed on his brakes as he approached the creature. Was it hurt? As Mike got closer, he realized that the creature was a dog. He was relieved to find that it didn’t look hurt but it didn’t move out of the way as his car approached. Mike had to come to a complete stop.

He chuckled at the dog’s bravery but didn’t want to get out and see what was wrong. The road was quiet and Mike was eager to get home. So he reversed and went around the dog, but he’d come to regret it. 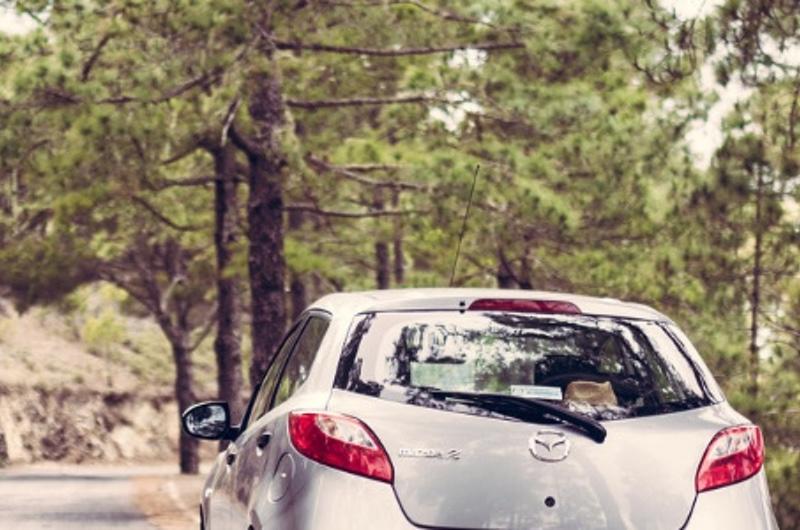 Mike didn’t get far before his conscience weighed too heavily on his mind. He turned the car around and pulled up beside the dog. She was still standing in the same spot.

When the dog saw Mike open the car, however, she walked over to him with a mixed demeanor of shyness and excitement and rested her head on his lap. Then he noticed something strange. Her excited yet nervous expression suddenly turned sullen. She looked at Mike with her puppy eyes and Mike’s heart broke. He instinctively started petting her and began to reassure her that she was okay.

Then, soon after she reassured Mike that she wasn’t aggressive, she started pacing back and forth in one particular direction. He knew she wanted him to follow her. When Mike got out of his car, she started moving. Mike followed her with confidence but it wasn’t long before he began to realize that this situation could be dangerous.

Mike began to wonder if she was actually a stray because she didn’t look too thin. She led him across the ditch and into the big woods that rested along the side of the road. Mike was about to get the fright of a lifetime. Just as Mike started to remember that these woods were full of coyotes and bears, he heard a strange noise behind him. Startled, he looked quickly around and saw that it came from a mysterious pipe that lay on the ground.

He quickened forward, ready to catch the dog and turn back but then she suddenly disappeared. Mike raced forward and realized that she had entered the other end of the pipe he saw previously. Confused, Mike bent down on his knees and tried to look inside the dark pipe but it was too dark.

His heart began to pound as he realized he would need to get closer to understand what was happening. This pipe must be what the dog wanted to show him. But what was inside? Mike listened closely again as he took out his phone to shine its light into the dark pipe. At first, he saw nothing. But then he leaned closer, and carefully positioning himself in alert mode if anything came running out at him.

But as he peered inside again, his eyes grew double their size. What was he seeing?

What’s Waiting For Him? Mike always knew that animals are like people; they reacted in fight or flight mode too. Some would panic and some would stay calm in the commotion. But a scared animal is sometimes aggressive.

Mike didn’t know what situation he was in or what was waiting for him in the pipe. So he had to be ready to expect the unexpected. Since the drain was a very narrow space, Mike concluded the animals must be either small by nature or young. As he carefully looked inside the drain, he expected one of the animals to immediately jump out.

But none did. An adult would have seen the escape route and taken their chance. Something wasn’t right. Mike looked inside the pipe to find the stray dog huddled around her three puppies. They were lying together trying to keep warm and dry.

Mike looked at the stray dog in wonder at how she knew how to communicate and ask for help. It was getting far too cold outside for them, Mike needed to act quickly. In the pipe, it was a dark, damp space. Mike considered how the animals must have felt – most likely scared and very cold. Mike also assumed that these animals were very young and couldn’t take care of themselves.

He didn’t know when last the puppies had eaten or even if they would make it.  He had to hurry up. The animals’ cries could be heard emanating from the drain and that’s what gave away that they were young. The small cold babies would have no idea how to get out of this situation.

Mike had no idea what kind of puppies they were, but it didn’t matter to him. He had to save them and fast. The puppies were too far into the pipe and Mike couldn’t reach his hand in to grab them. They also seemed too weak to move.

With no time to waste, Mike darted back to his car and pulled out an umbrella he had in the boot. Mike returned to the pipe with the mom waiting at the entrance for him. The drain was so narrow that Mike didn’t know how the babies got into this situation in the first place. There was more than one cry and he had no idea how they got there.

Mike was extremely happy to find them all alive. Still, they needed immediate help from their situation. He had to think about what was best for the tiny creatures. It wasn’t long before Mike managed to successfully remove the three little puppies from the cold, dark pipe. He brought them and their mom carefully to his car and turned on the heating.

With mom and pups placed comfortably on his passenger seat, he drove immediately to the vet to get them the help they needed. But it wasn’t over yet. It was wonderful to see all the puppies alive and well after the rescue, but the thought of some pet owners abandoning the mom there was heartbreaking. The person probably abandoned the mom there because they didn’t want the puppies.

There was no way someone could have done so without knowing that the puppies wouldn’t survive. Mike hoped that this was not truly the case and he had no proof that it was. The innocent puppies were so cute that it was almost unimaginable that anyone could have been so cruel on purpose. Whatever the case, the puppies had been rescued and now needed to be taken care of. That meant that the puppies needed immediate professional attention.

The puppies were so cute that Mike had no doubt that they would all be adopted very soon. Before they could be adopted, however, the vet needed to give them a checkup. Mike rushed to the vet to get the puppies and their mom checked because he had no idea how long the puppies had actually been in the drain.

He took the puppies to the Pikes Peak Region’s Humane Society and had them checked one by one. In just a few hours he received the happy news. All the puppies and their mom were strong and healthy, despite their ordeal. After the vet gave them the clear and offered to put them up for adoption, Mike refused. He’d grown to love the brave mom and the little pups that he’d rescued.

He had to figure something out to make sure they all went to the homes they deserved. He didn’t want strangers to adopt them, and he didn’t want the babies to be far from their mother. What could he do?

He Couldn’t Keep Them All Mike might have adored the babies, but he simply did not have the means to keep all of them. It was a heartbreaking realization, but it was the right thing to do.

When they were 10 weeks old, the puppies were adopted out to their new homes – luckily, some of Mike’s neighbors were on the lookout for new pets. But what would become of their mom? The puppies were all in good hands now, but what about their mother? After risking her life for her children, this wonderful mother deserves only the best.

Mike decided to call her Grace. And he decided to keep her. Not only that, but she also got spayed to prevent any more pregnancies. Let us hope she never has to go through anything like that ever again!