Like any company that’s well established and influential, Disney has a lot of history both on-screen and behind the scenes. With such a rich history, there’s a lot of things that the public wasn’t aware of until now.

From fairytales to how the actors were treated. here are some well-hidden facts about the Disney franchise. 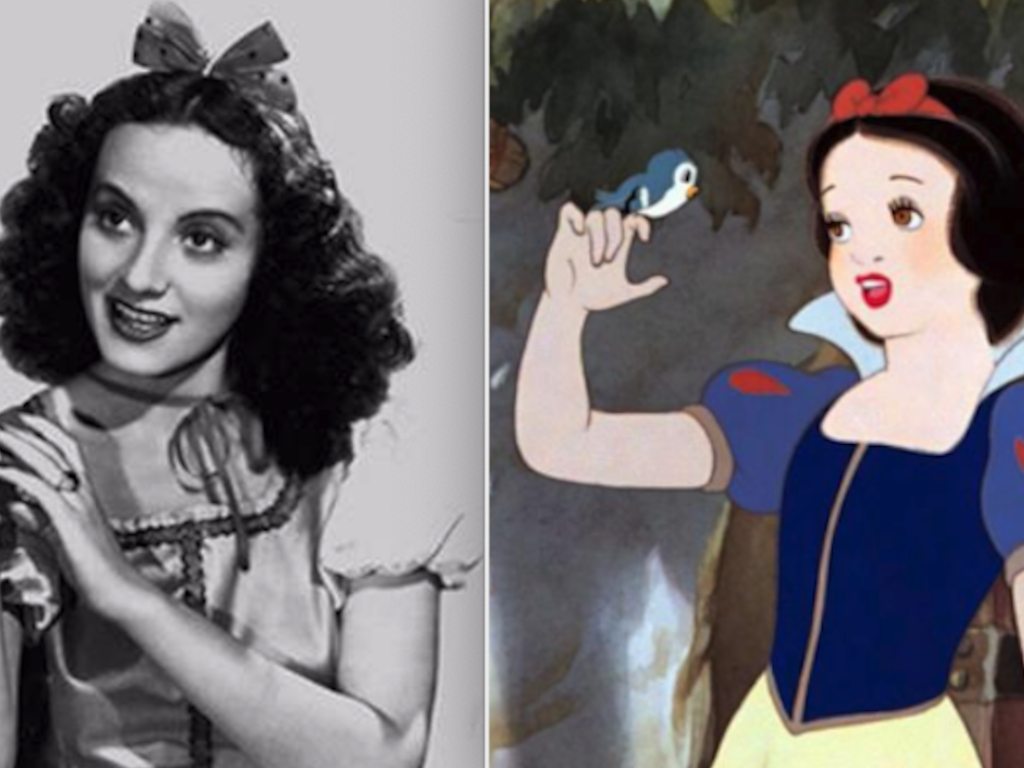 We might think of Disney voice actors making a decent buck for hours of vocal cord work.

However, Adriana Caselotti was only paid $20 a day to provide the voice for Snow White. It’s not the only case where someone found themselves under the voice curse. The actor of Peter Pan had an even harder time, despite being paid more. 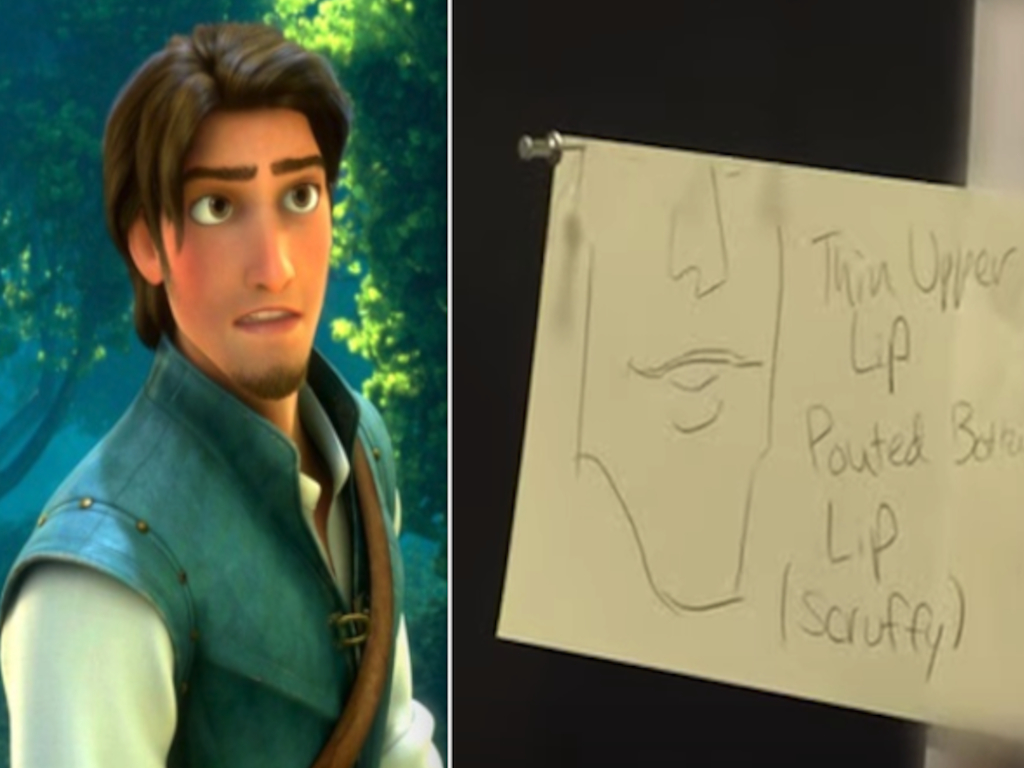 It started with a “Hoy Guy Meeting.”

Flynn Rider’s appearance was designed after women from the studio picked their favorite physical attributes from pictures of Hollywood’s leading men. Scruffy and “pouted bottom lip” were a big win. 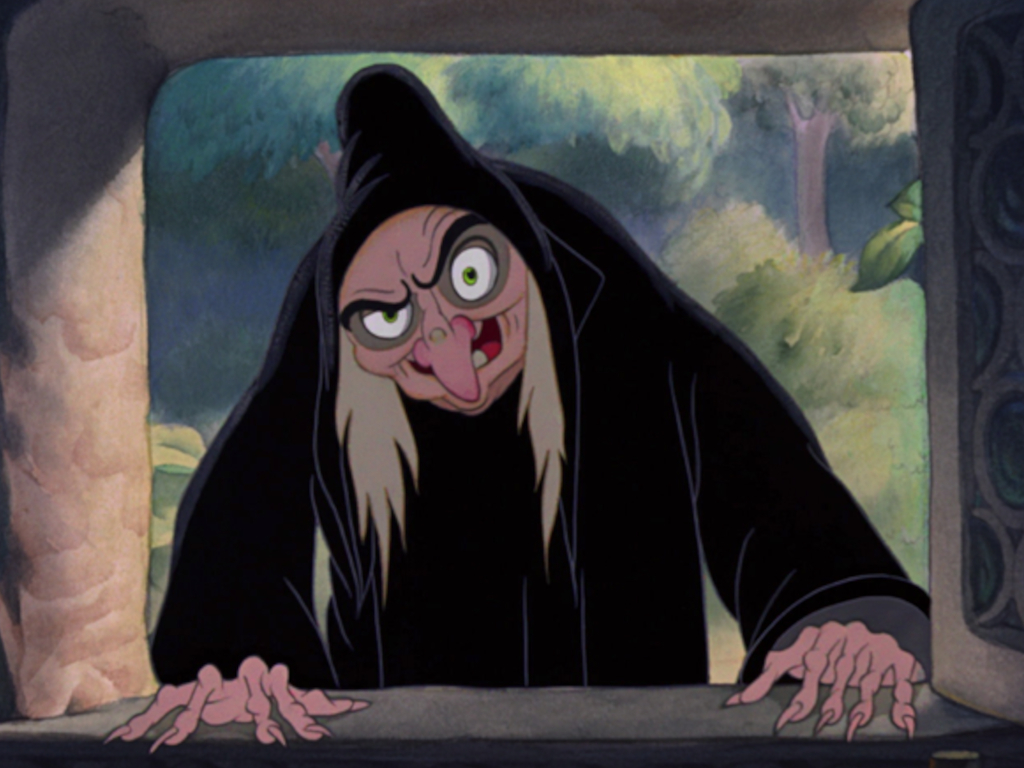 But Radio City Music Hall in New York had to re-upholster its seats in the enormous theatre because not only seeing a full color Snow White was shocking enough, as soon as the witch came onscreen, there were little, wet accidents everywhere. 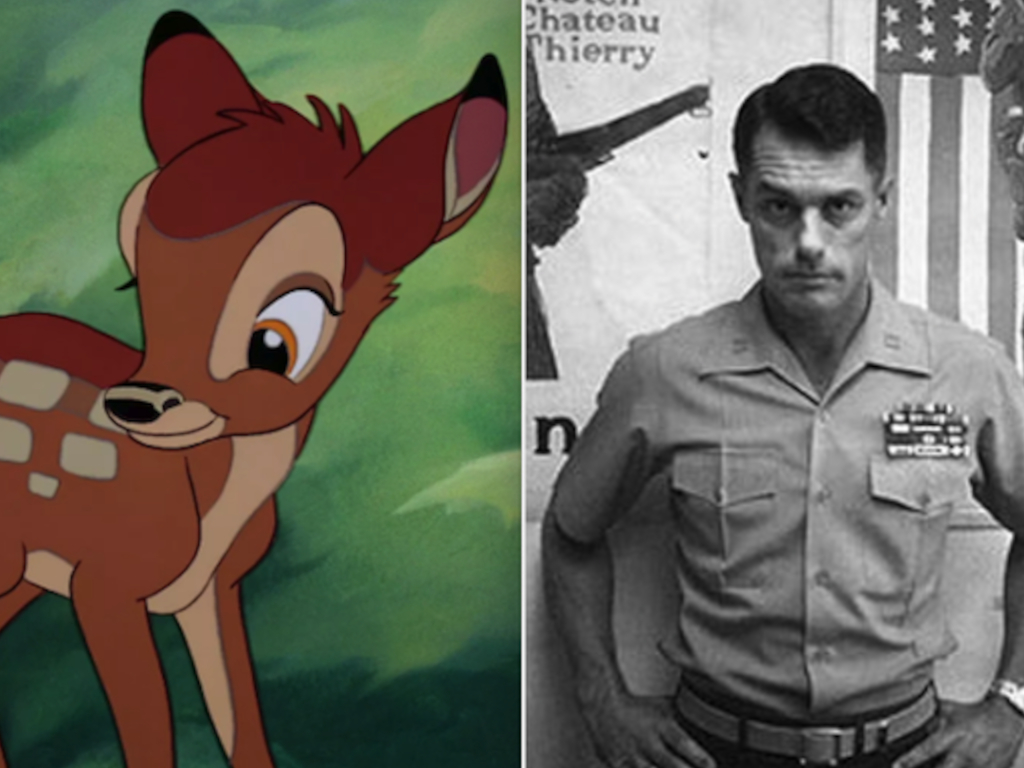 The voice of Bambi actually came from a high-ranking Marine.

However, Donnie Dunagan, refused to tell anyone about his voiceover work. The key reason? Nick names bounced around units faster than those crazy rubber balls. He didn’t want to get stuck being called Sgt. Bambi. 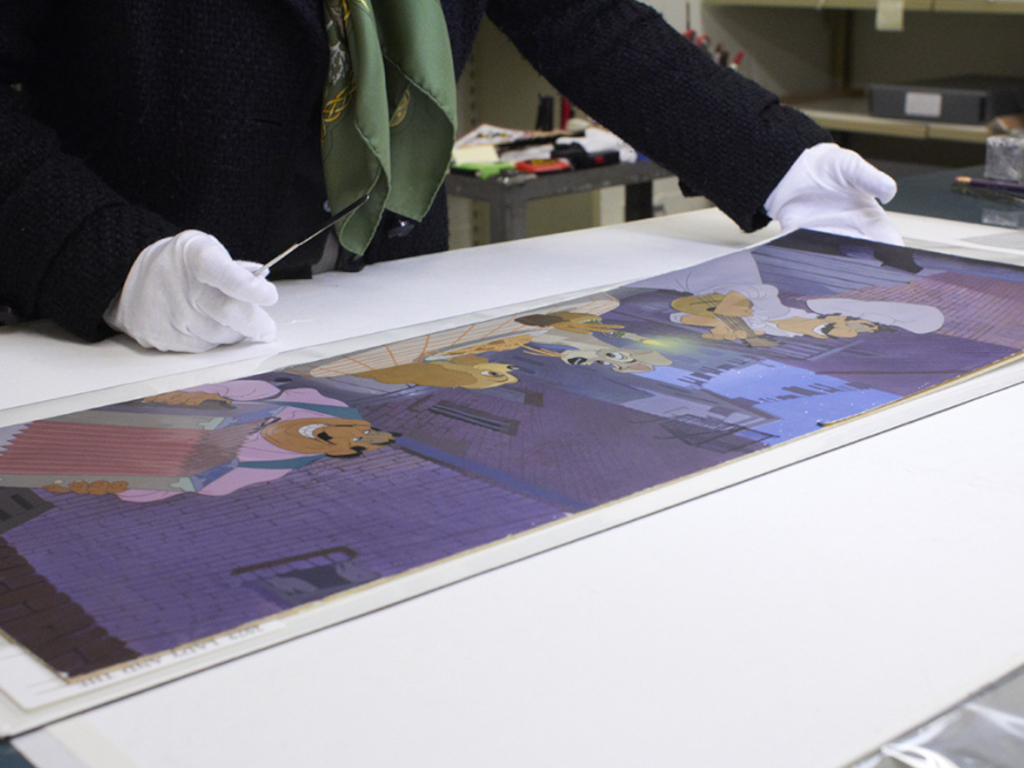 Authentic animation cells from Disney movies are worth a fortune.

But there aren’t as many by today’s movie standards because, back then, they were considered worthless. They would be tossed into the trash, or even strapped them to animator’s feet so they could “ice skate” across the carpet. There were so many “first day opening” problems at the first Disney park.

But one secret was the skeletons on the Pirates of the Caribbean ride weren’t plastic. They were … well, you can guess what they were. It was all in the name of saving a buck. It became a huge problem as soon as the public heard. If you ever hear yourself referred to as a “treasured guest”, don’t get too excited.

Staff must maintain the “magical atmosphere” at all times. Law #1 is that there cannot be any crying children in the park. So, to stay away from drama, any troubling or rude guest is given this title. 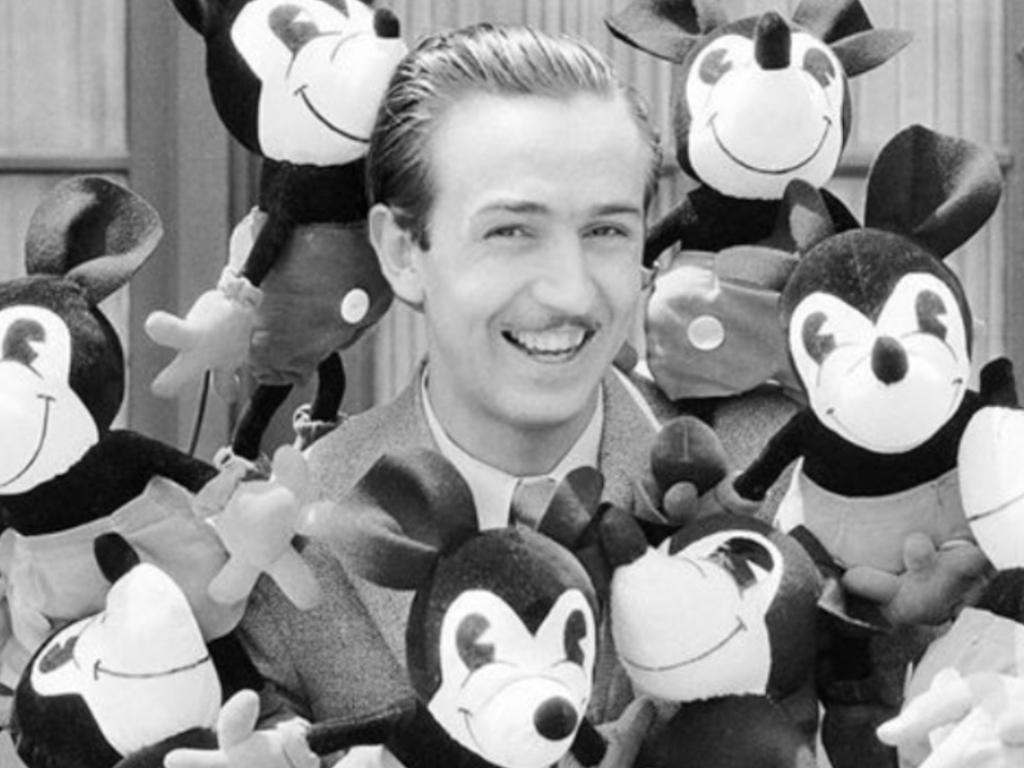 For the longest time, there was a strict “no facial hair” rule for all cast members – unless their character needed it.

The rule went all the way to 2010. But there are still no wild beard allowed. All staff must keep it shorter than a quarter of an inch – no exceptions (again, aside from special characters). Walt couldn’t speak his last words, so he wrote them – Kurt Russell. Before his claim to fame with movies like Escape from New York, he was a Disney child actor that appeared in The Computer Wore Tennis Shoes, Sky High, and The Strongest Man in the World. To this day, no one knows why Walt wrote his name. It’s no secret that the company is very protective of their property.

But they went as far as threatening legal action on three day-care centers that had painted Disney murals on the wall (without “getting permission). In the end, they took them down – and Universal Studios stepped in offering free use of any of their Hanna-Barbera characters. In return, they gave him a 7.3% stake and a seat on the board. But he didn’t just sit there and do nothing, Jobs made sure to leave his mark. the animations studios got a boost, California Adventure got an overhaul, and the cruise line got some serious financial love as well. It’s not just a business competition between Disney and Universal Studios.

US was livid that the rival parked rushed their opening so they could be the first to welcome the public – as well as hide the fact that they had stolen many ideas from Universal. There’s still bad blood to this day. 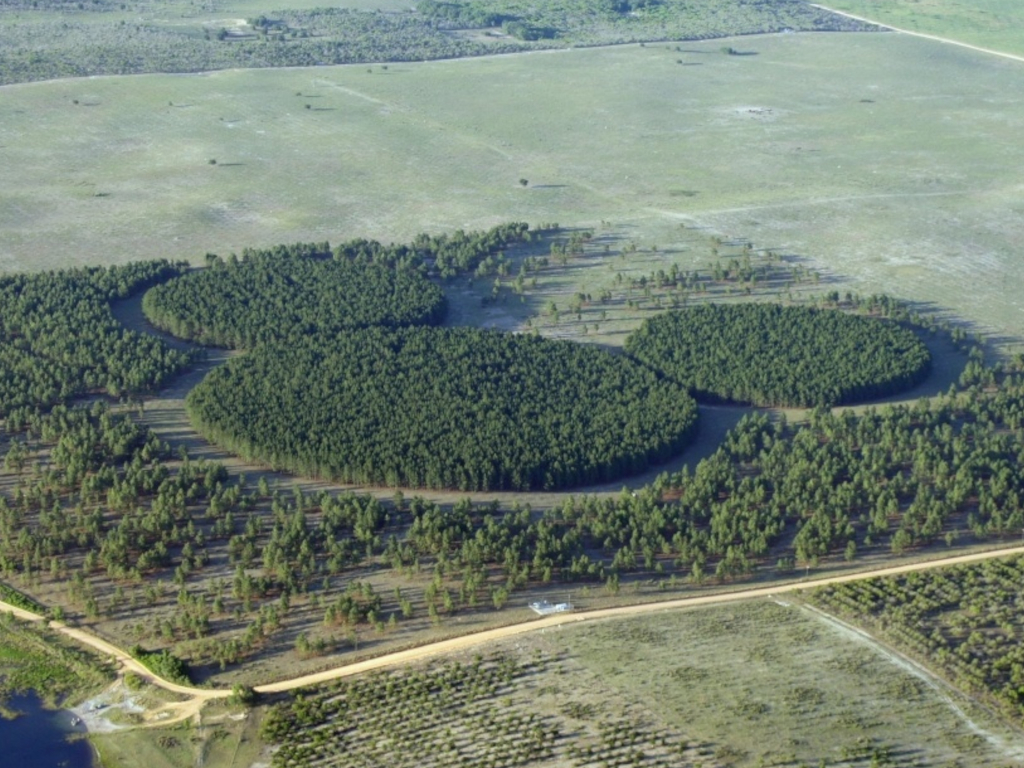 Everyone knows that the actors must stay in character the whole time.

But a lesser known fact is the costumes are shared, not always cleaned, and the company issues standard undergarments that must be worn; just in case there’s a malfunction and the band ends up peeking out. Many people stress about their Fast Pass arrival times.

After all, long lines don’t always make a family’s schedule go as planned. But the park as a “grace period” they don’t advertise that allowed ticket holders to slip in a little late. This is to make sure that there are always smiling children. 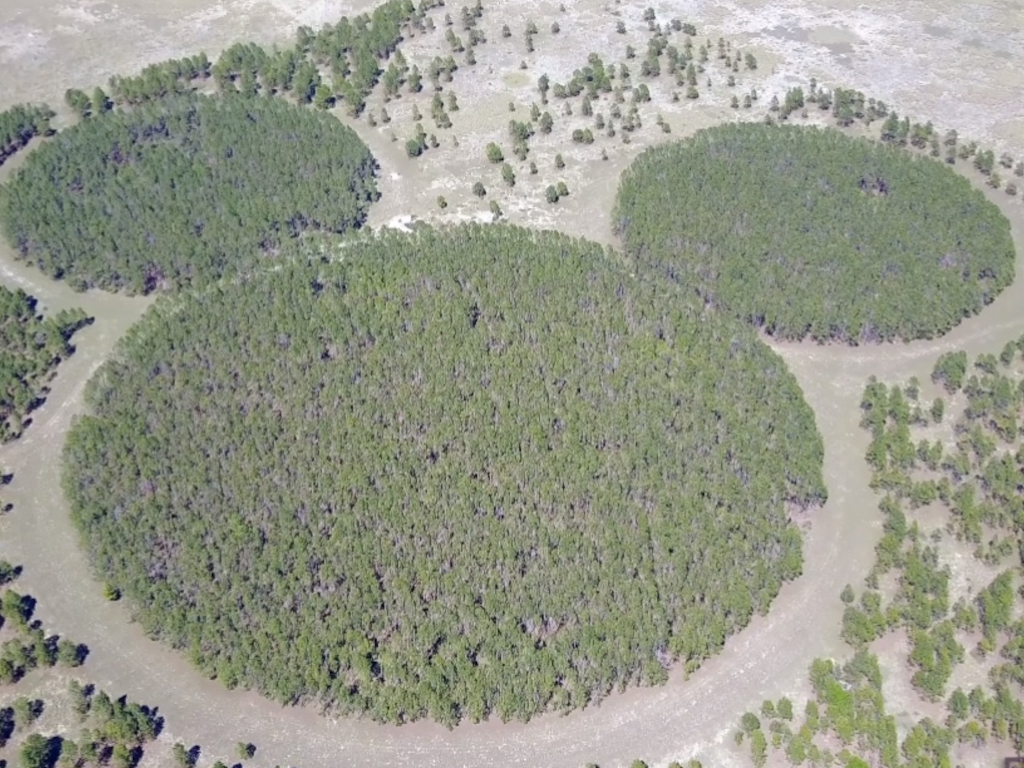 You know when Toy Story’s Andy walks in and all the toys fall to the floor?

The original idea was to have the actors do the same anytime someone said, “Andy’s coming!” However, Reddit got hold of the secret and the guests started to yell it too often, making it really hard on the actors. Now, the toys just shout back, “Andy’s at college!” Disney and the Technicolor brand got into a five year contract … that everyone except Walt hated.

One big reason is because he scrapped an entire movie idea (which they were in the middle of making) so he could make a new one with the new color technology. It turned out to be a hit (the one with the dancing trees) and ended up winning awards. They don’t advertise this, mostly because he shows up randomly.

But Jonny Depp has been known to slip into character and actually surprise people on the Pirates ride by shouting out his iconic lines or interactions. 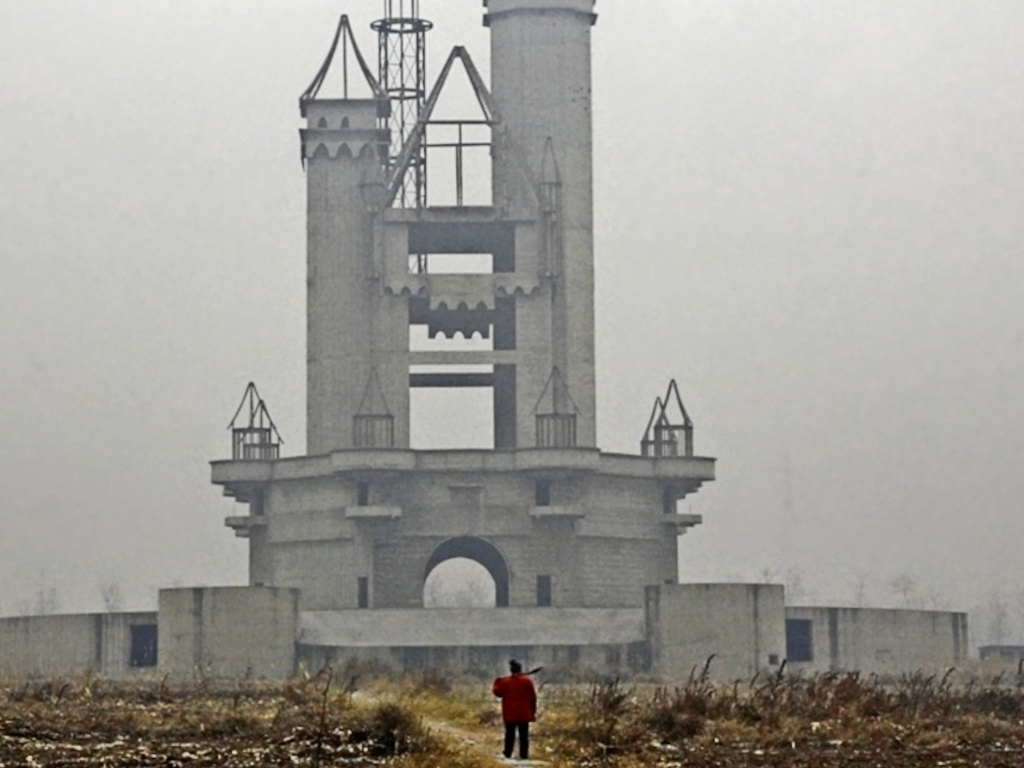 101 Dalmatians, Mulan, Lady and the Tramp, and Peter Pan are special.

They are the only Disney movies where BOTH parents are present during the film and don’t “perish” in any way – shout out to Bambi. Rumor has it, the trend came from the loss of Walt’s mother in a tragic accident. 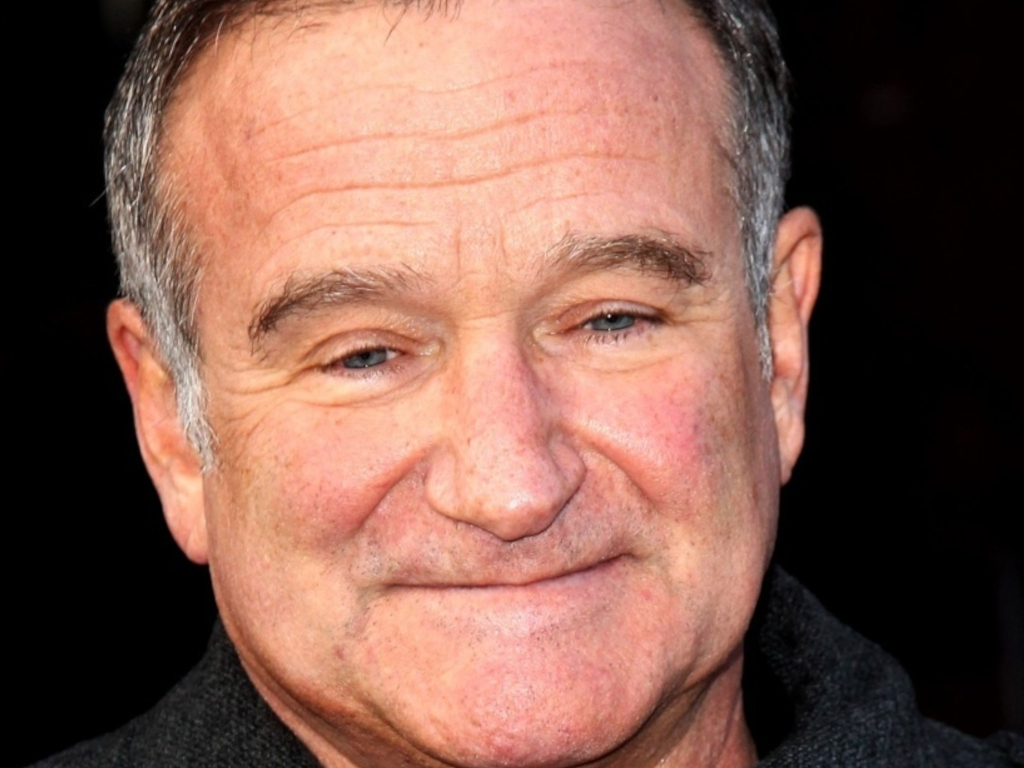 Disney really wanted Williams to voice the genie in their Aladdin.

So to convince him, the lead animators drew the genie lip-syncing some of Williams’ stand up comedy. He immediately said yes, under the condition his face wasn’t used in advertising and the genie was only a supporting character. 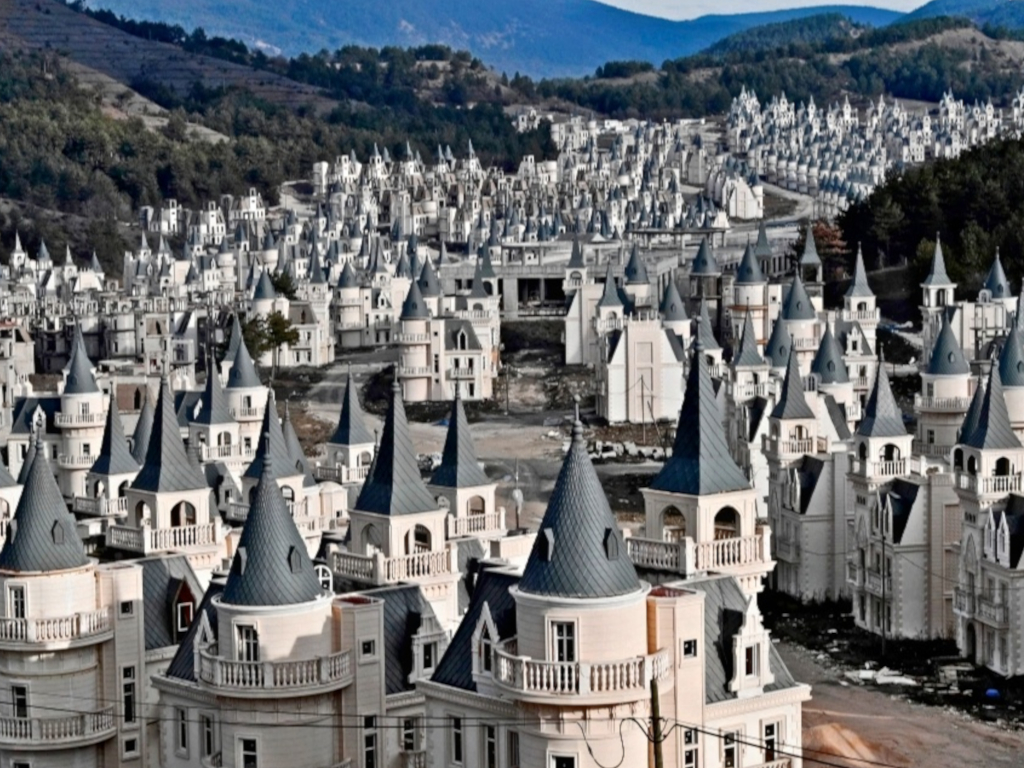 There are no shortage of hotels in the park.

But, to put things into real perspective, it would take 68.5 years to sleep in every single room at Disney world. The room in Cinderella’s castle is also a place that is “unbookable” and reserved only for people who the company specifically invites or a few lucky people who win it as a prize. It’s the old “monkey see, monkey do” that got out of control.

After The Princess and the Frog came out, a bunch of kiddos went out into nature and actually kissed frogs in hopes they would turn into a prince or princess. But over 50 kids ended up needing to go to the hospital with salmonella. There are two levels to Toy Story.

The lighter one that kids can enjoy, and the darker Easter eggs. There was more than one “The Shining” reference in the film – from the hotel carpet pattern to the “237” room number (the scary one) appearing in a username. Marketing using smells to make sales is nothing new.

But did you know that Disney pipes in slight vanilla scent around the park to make people relaxed and happy – with the idea of feeling like “home baked goods make people feel nostalgic.” When the park first opened in 1955, there were a few arcades where kids could play carnival-like games.

However, one of the BB rifle games used actual metal pellets for kids to use on paper targets. It’s right up there with the old-school science kits that contained dangerous materials. These untouchable classics we all think about today, were actually a huge thorn in the company’s side.

Despite being ground-breaking at the time, many of these older films barely broke even (and several losing a lot of money). You’ll notice it would take a long time before Disney made another princess film. 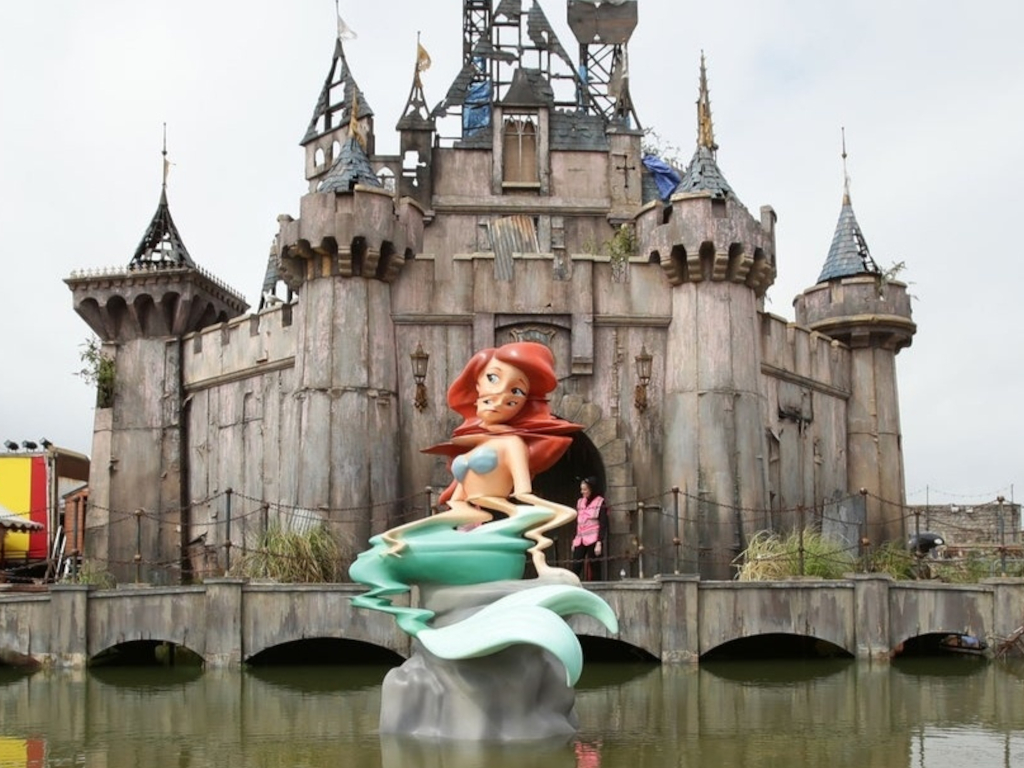 It has more than 52.5 million visitors annually. Of course, it is owned by the Walt Disney Company. The property is almost as large as the city of San Francisco. That’s a lot of land ownership. One hyena biologist wasn’t happy with the Lion King movie.

In fact, he was so upset at the hyenas being portrayed as the bad guys that he went as far as to sue the company for “defamation of character.” 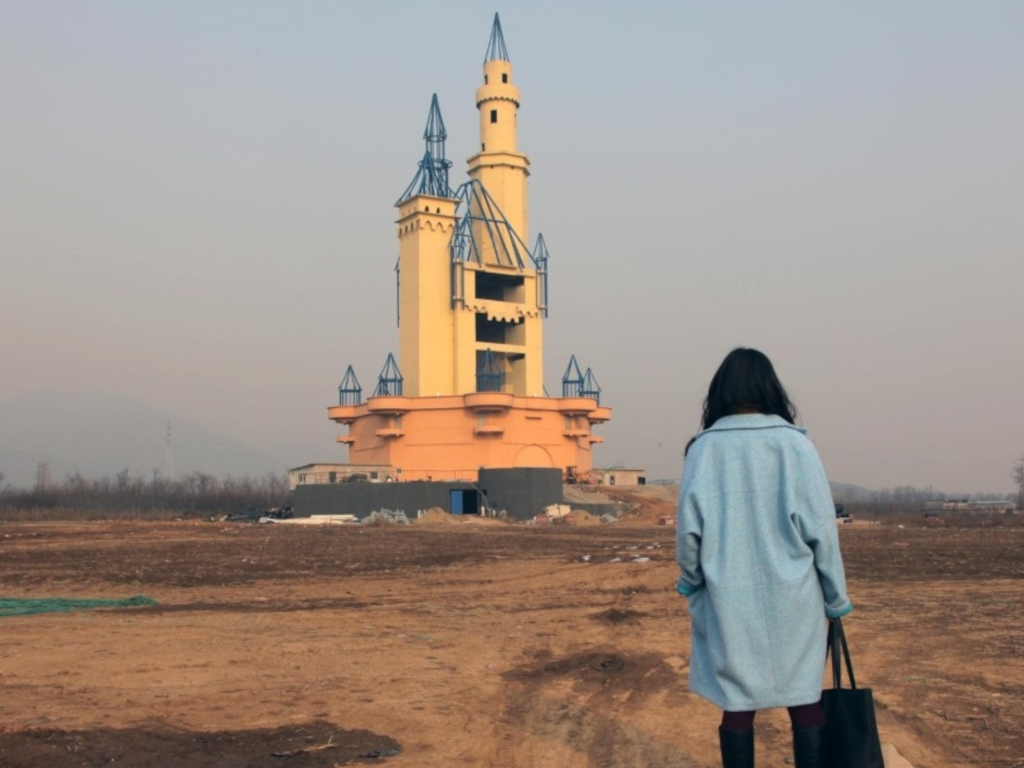 It used to be that women were not allowed to be animators.

Specifically, “women do no do creative work.” Ah, if only Walt were alive today to see the success of Frozen, which was directed by a woman. It’s not just staying in character while out and about.

Actors must always be in character, even if they walking through the underground road systems or office hallways – just in case there happens to be a kid somewhere. It’s a very strict rule that has got several people fired.