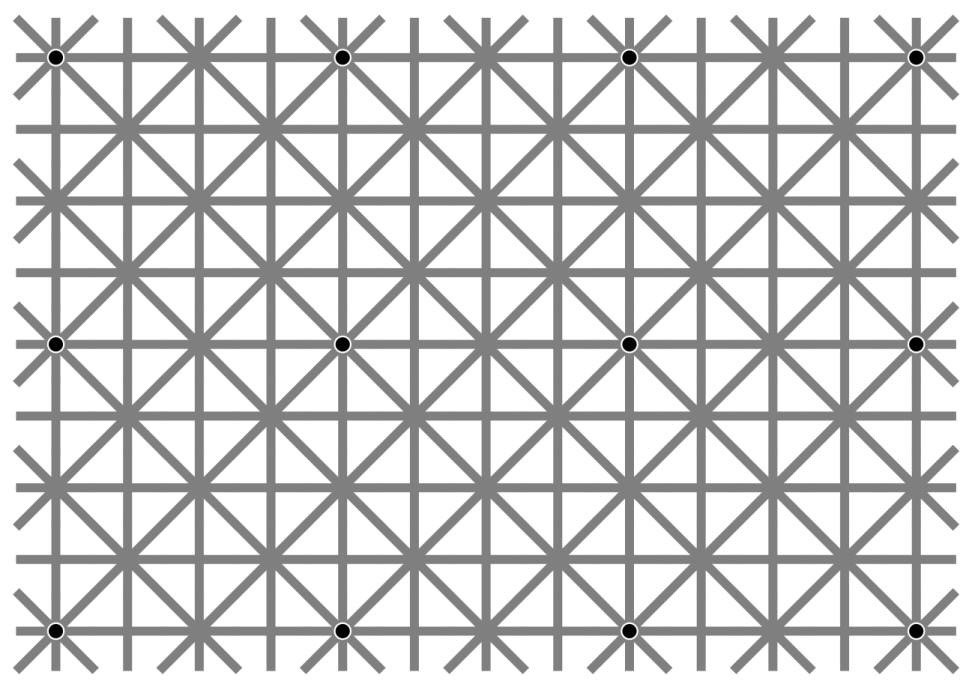 The Disappearing Dots Illusion is making the Internet insane.  There are 12 black dots at the intersections in the image below, but we bet that your brain won’t let you see them all at once.  Try as you might, you’ll only see 2, maybe 3 dots at a time:  never all 12.  So what’s going on?  Taken from the paper  Variations on the Hermann grid: an extinction illusion, the abstract of describes it as follows:

When the white disks in a scintillating grid are reduced in size, and outlined in black, they tend to disappear. One sees only a few of them at a time, in clusters which move erratically on the page. Where they are not seen, the grey alleys seem to be continuous, generating grey crossings that are not actually present. Some black sparkling can be seen at those crossings where no disk is seen. The illusion also works in reverse contrast.

The Disappearing Dot Illusion: There are 12 black dots at the intersections in this image. Your brain won’t let you see them all at once.

How many dots can you see at once?