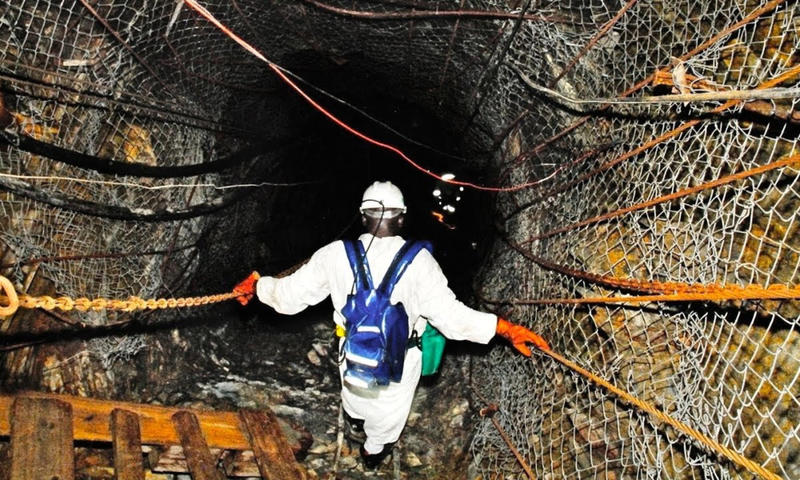 For decades. a drill has been spiraling down deep towards the core of the earth in a quiet place in Russia.

This abyss that would be left 40,000 feet below the surface would make it the deepest borehole on Earth. But something strange and unexpected would happen while they were drilling. Making researchers run to try to close it up. 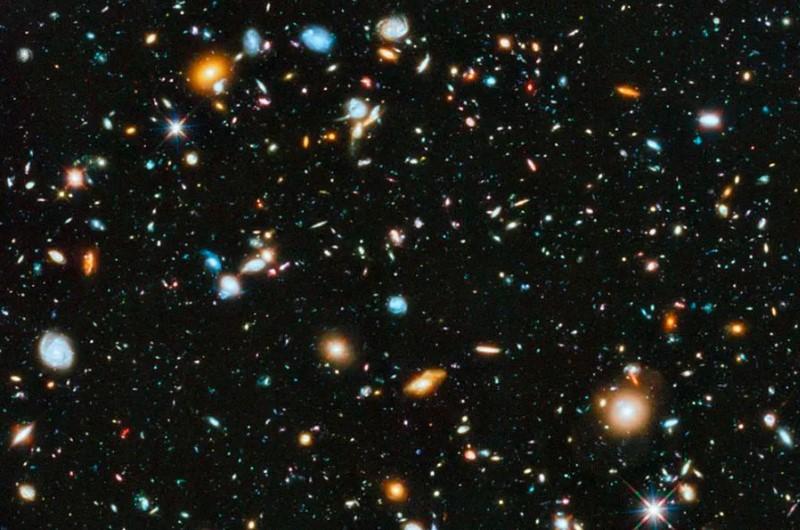 Man has always had the curiosity to explore the unknown. Ever since they got into space, they’ve looked back at Earth to find more secrets.

Space had become easier and easier to explore as new technologies are developed. So going back to Earth to find things that have never been explored has now become a priority. 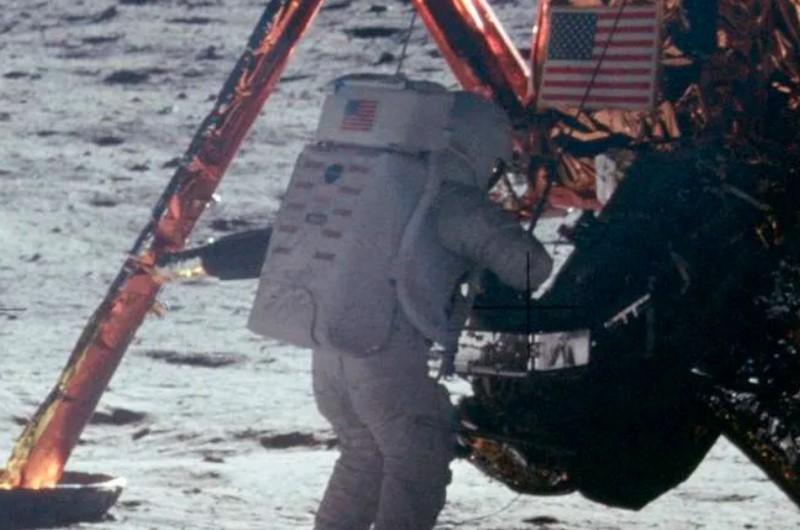 We now know more about space than what’s back home on our planet.

The space race is the biggest reason why so many advances have been made in space exploration. When the U.S. and U.S.S.R. were in competition to get to space first. 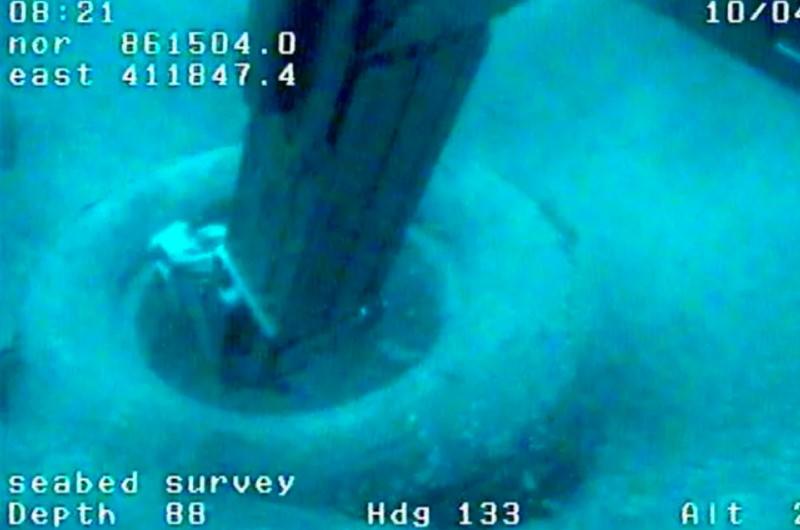 In the late 1950s both Russia and the U.S. decided to start digging deep into the Earth to try and make some discoveries about the world we live in.

What was known at the time was that the Earth’s crust is 30 miles thick. And below this is – in theory – the mantle. The mantle is around 40 percent of the Earth. 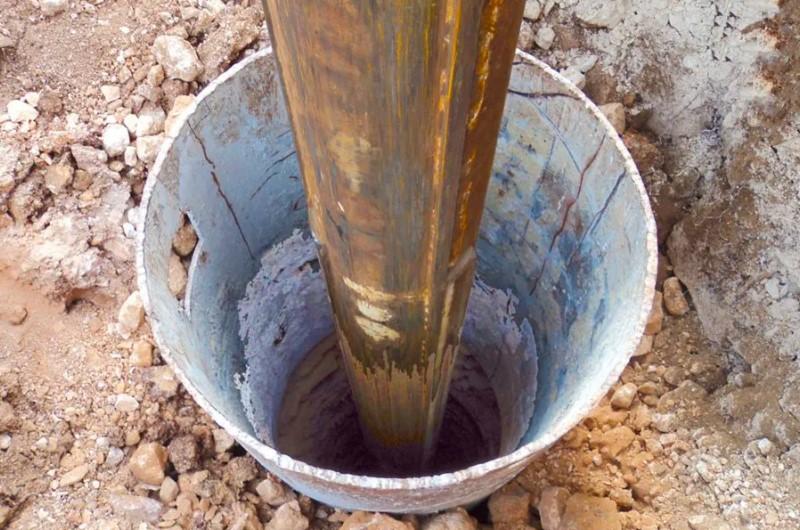 The U.S. made good progress in 1958 when they started Project Mohole in Mexico, near Guadalupe. They wanted to drill into the Pacific Ocean bed.

Then they wanted to figure out more about the dirt that they stood on. But then, it would be abandoned only eight years later. 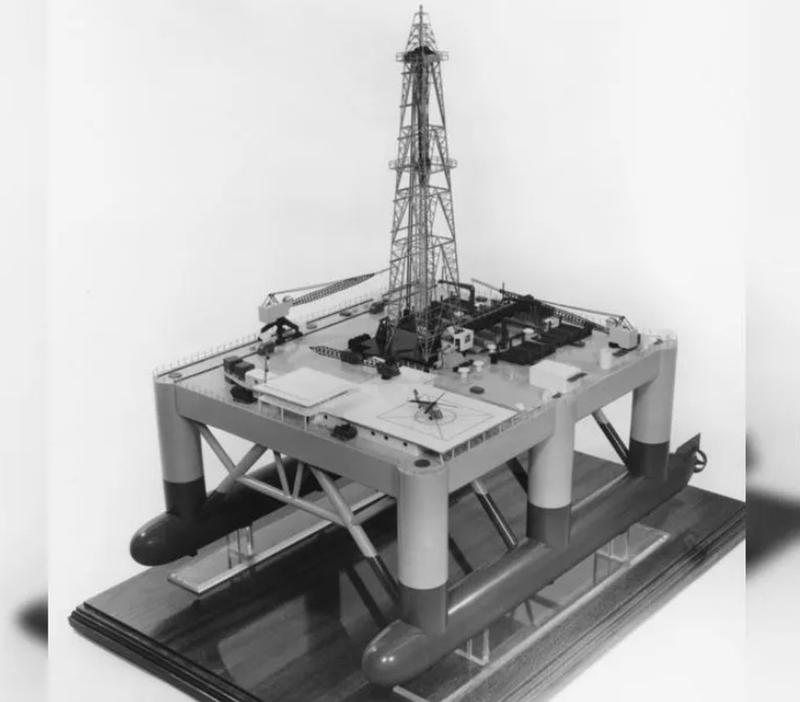 After eight years of progress, the project was unplugged only eight years later when funding was cut.

The drill was only 600 feet deep when they had to stop. This meant that they were nowhere near the mantle where they wanted to dig. But a team decided to keep working where they had stopped. 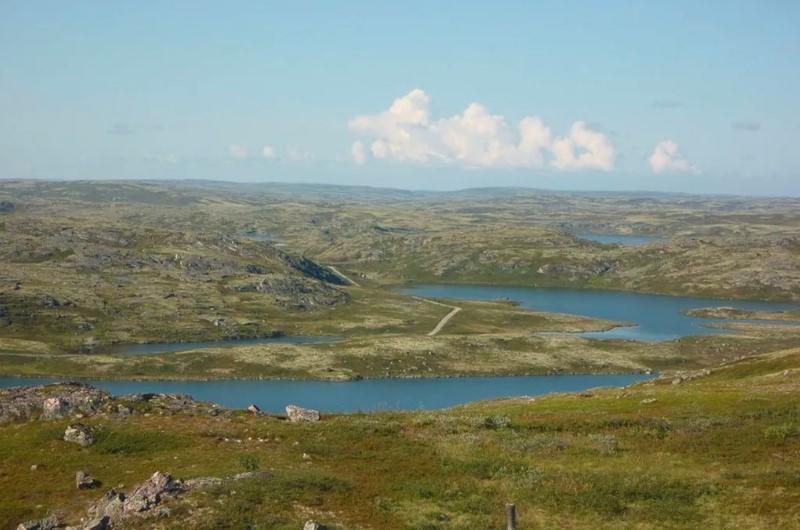 The Soviets decided to start their own work digging in 1970. They did it in a remote region on Russia’s Kola Peninsula.

They wanted to use this area because there were no cities anywhere near the site. They wanted to drill as deep as they could into the Earth. But how close would they get? 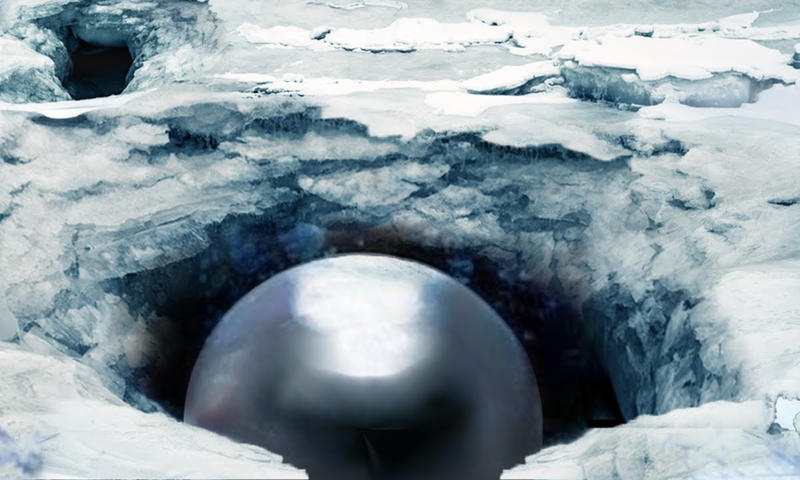 They wanted to get deeper than 49,000 feet underneath the ground. At least that was their initial goal.

They needed strong equipment suited for the job. They needed to get work done digging more boreholes that would fork off of the main shaft. But as the Americans made their own progress. Lone Star, an American company, was drilling oil in Washita County in Oklahoma in 1974.

During the process of getting oil, they drilled more than 31,000 feet underground which would be later called “Bertha Rogers hole”. They ended up drilling more than 6 miles into the planet’s surface. While the oil company didn’t find what it was searching for, the Bertha Rogers hole was the deepest hole for another five years.

On June 6, 1979, however, a Kola borehole known as SG-3, broke the standing record. While the hole was only nine inches wide, in 1983 the hole reached a groundbreaking 39,000 feet into the crust. Upon reaching this remarkable milestone, the project on the Kola peninsula was stopped for a full 12 months. During this time, researchers on the Kola Peninsula paused their work and tourists could visit the site and see this marvel with their own eyes.

When the drilling started up again the following year, however, a technical problem caused the project to be stopped. The researchers, however, refused to give up. They abandoned the hole and started a new hole from a depth of 23,000 feet. 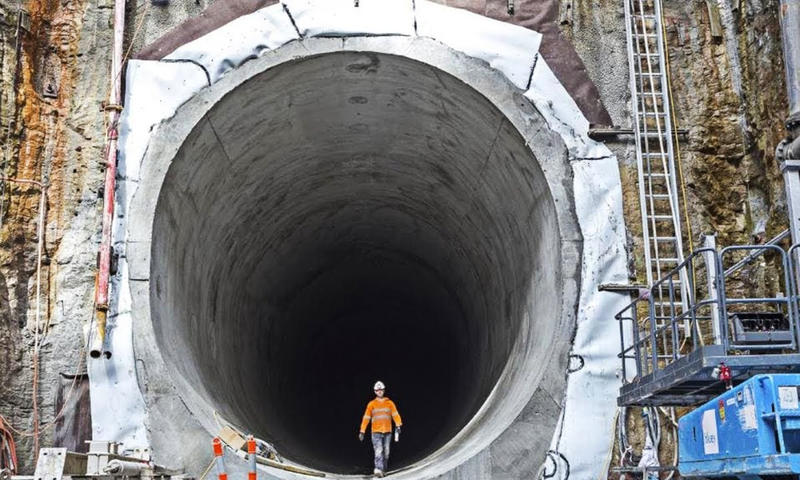 The team also predicted that by 1993 the hole would reach its 49,000-foot target. However, the further down the drill went, the more unexpected things became.

The drill slowly inched closer to Earth’s center, but, bizarrely, an unexpected change began to thwart the team. Something totally unexpected lurked beneath the Russian tundra, and it was about to make their mission a lot more difficult than they had initially anticipated… During the drilling process, the temperatures encountered during the first 10,000 feet was as expected by the scientists.

However, as they went deeper, the temperature steadily increased. When the drilling began to near its target, the temperature reached 180 °C (356 °F). This was 80 °C (176 °F) more than expected. But that wasn’t all. The rock at these depths also puzzled the scientists as they appeared to become less dense. This also meant that the rocks reacted differently under these conditions.

The team realized that their equipment wasn’t up to dealing with these unpredictable changes. So, the project was hastily abandoned in 1992, 22 years after it had started. 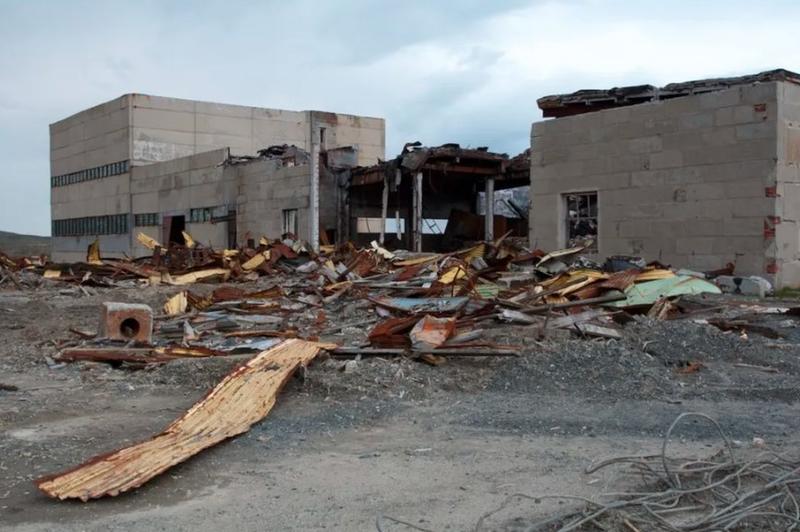 Researchers learned some fascinating things before the Kola Superdeep Borehole was sealed up. One example of this is tiny fossils of marine plants that were found four miles below the surface.

As surprising as it that they were intact, the depth at which they were found was dated to being more than two billion years old. But, another exciting discovery was about to reveal itself… 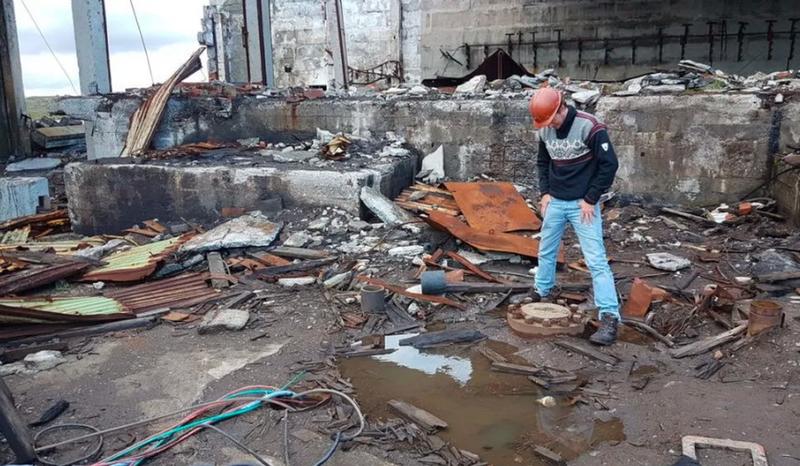 At the farthest reaches of the Kola Superdeep Borehole, researchers and scientists had measured seismic waves and predicted that the rock underneath Earth’s surface gradually changes from granite to basalt at around two to four miles beneath our feet.

However, experts were blindsided when they learned that this wasn’t the case at all — or at least not on the Kola Peninsula. Imagine the researcher’s surprise when they only found granite — even in the deepest depths of the massive borehole. After careful study, they tried to explain that the change that they had detected in the seismic waves was actually due to metamorphic differences in the rock.

But they were so very wrong. And, to add more confusion, they also discovered flowing water miles beneath the earth — something that nobody had predicted. While some groups immediately tried to explain the newly-discovered subterranean water as proof of the floods in the Bible, scientists have their own theory.

Researchers believe that this strange phenomenon is due to massive pressure forcing oxygen and hydrogen atoms out of the rock. After the atoms had been squeezed out, impermeable rocks trapped the water beneath the surface. 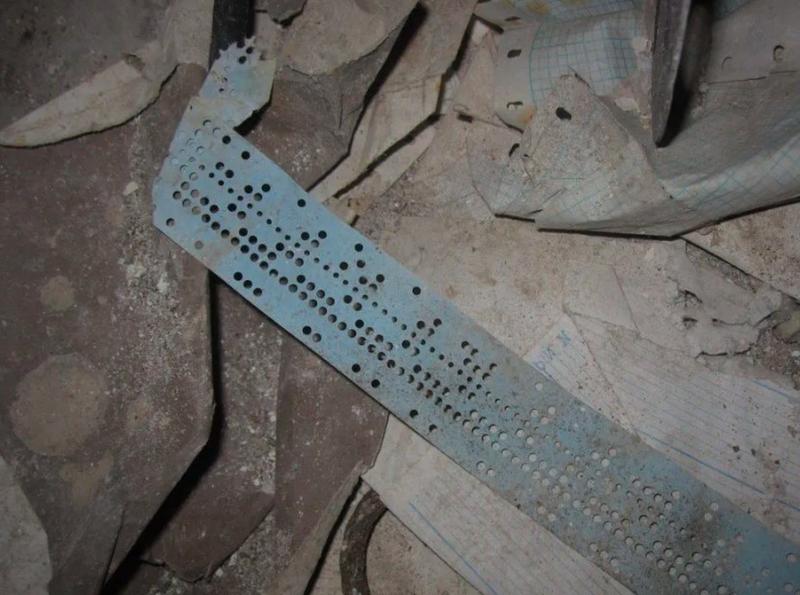 Coincidently, the closure of the Kola Superdeep Borehole coincides with the fall of the Soviet Union. By 1995, the ambitious project was shut down permanently.

Although tourists can still see the remnants of the experiment in the nearby town of Zapolyarny, the site has been declared an environmental hazard. Impressively, the borehole remains the deepest man-made hole. Other researchers have yet to beat its record. But, the race to the center of the Earth isn’t over yet… Drilling platforms from the International Ocean Discovery Program continue to dig deeper into the sea floor. Researchers are still battling against seemingly insurmountable obstacles, such as failing equipment and extreme temperatures.

However, it is clear that there are many, many secrets just waiting to be uncovered. Who knows what will we find at the center of the Earth.