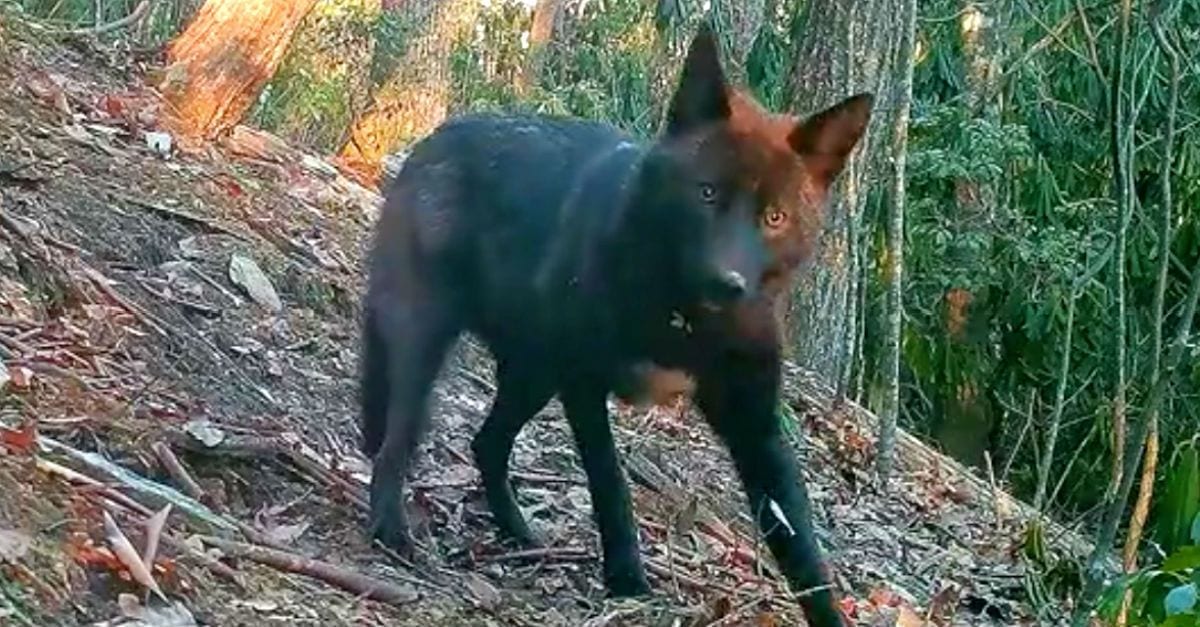 Sport hunting has always been part of American culture, especially in Hendersonville, North Carolina. There are many outdoor enthusiasts the world over who are interested in spotting rare types of wild animals. One North Carolina man saw something truly amazing, however. 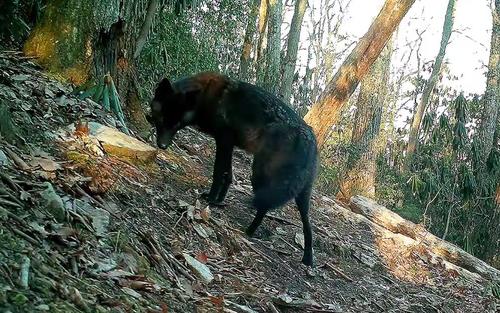 A North Carolina man set up a trail camera in his backyard in the hopes of seeing a few wild animals walking into the camera. He thought that it might be fun and interesting to see some deer for example, but what he captured was something far more sensational. 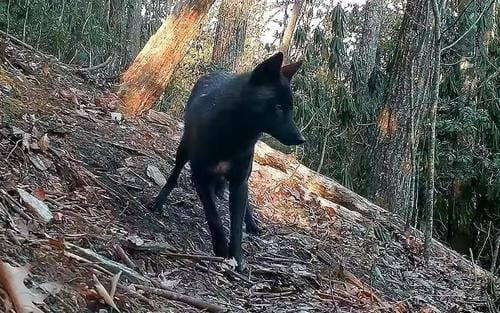 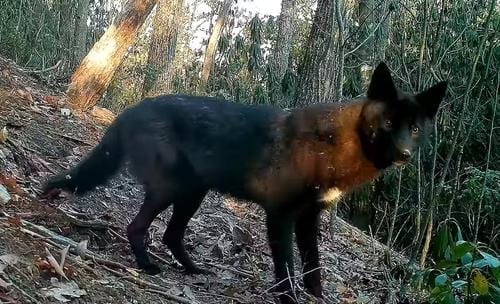 The man had captured an extremely rare animal crossbreed on his trail camera. He wasn’t a hunter but he liked posting wildlife videos on his YouTube channel. It had started out as a fun hobby but he never expected it to lead to something like this. 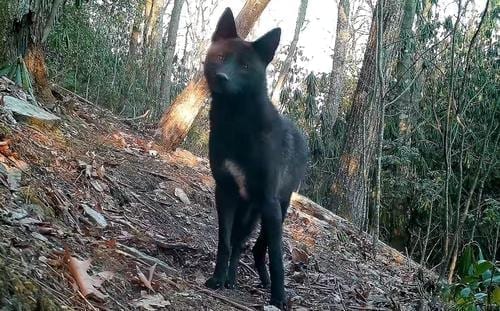 Due to all the local wildlife, the man and his family loved to watch the trail camera videos to see what they could spot. Usually it would be some of the native deer in the area but on this February morning, they were about to see something amazing. 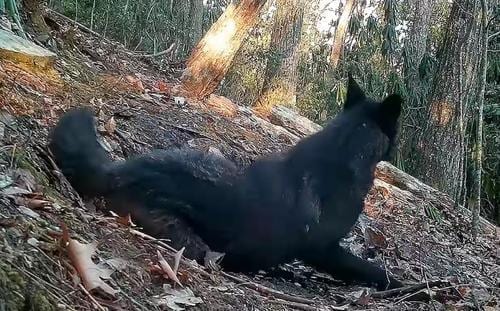 That fateful morning started out the same way as any other. The family went to check on their trail camera. They copied the data from the cameras onto their computer and started to go through the footage. They stopped when they saw the unusual figure walking onto the screen. 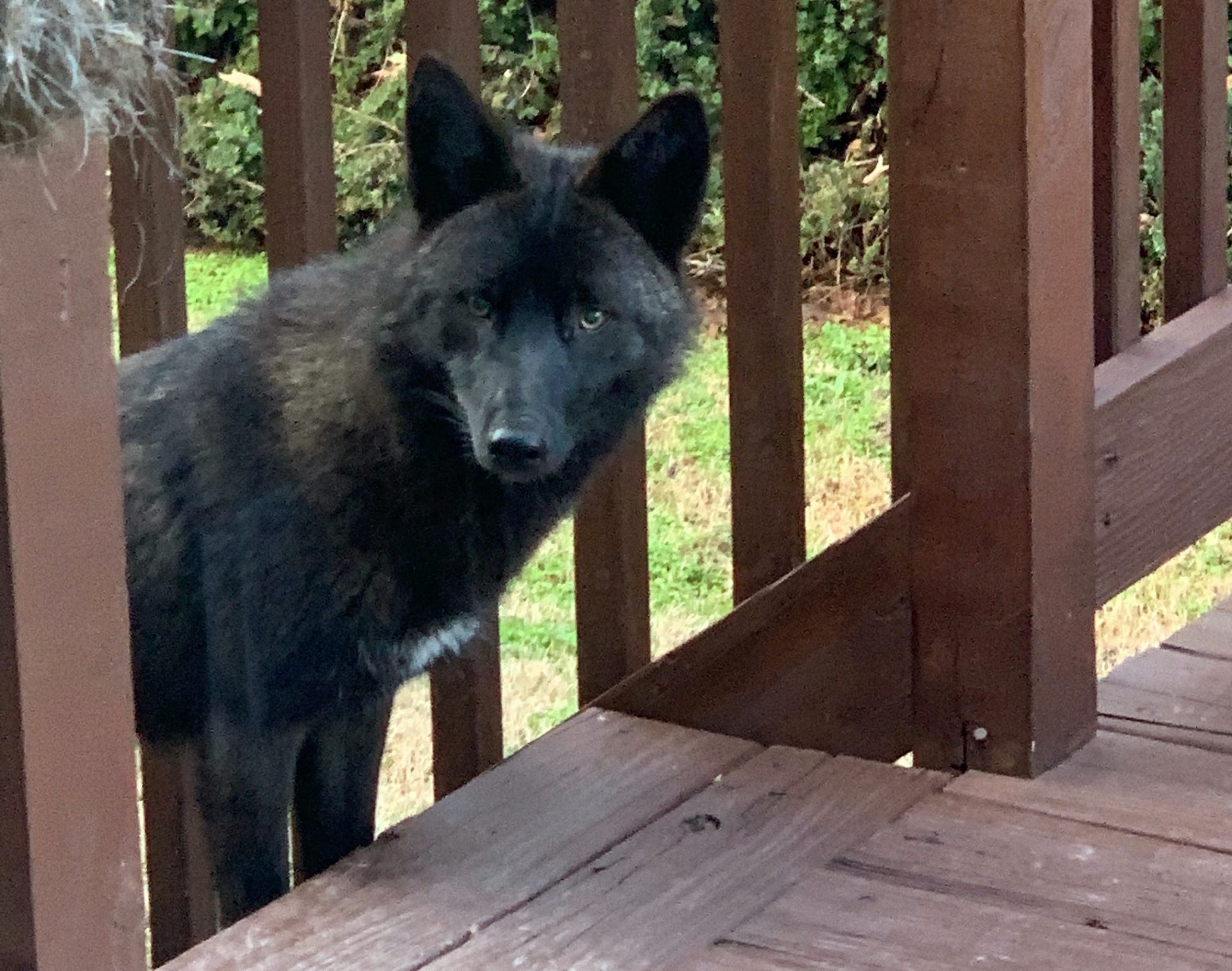 There on the screen, they saw a sleek clearly canine figure, with a sleek, glossy black coat of fur. The animal was beautiful and something they hadn’t seen before. They posted the video online but they didn’t expect the sudden influx of messages they would receive about their video. 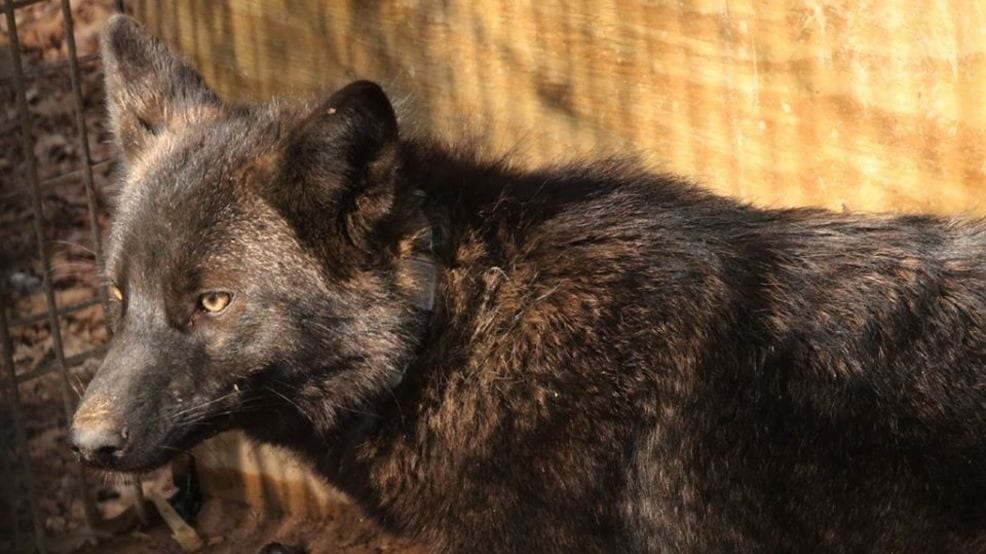 According to experts, the animal they had captured was most likely an extremely rare crossbreed between a wolf and a coyote. It is one of the most rarely seen animals on the East Coast. 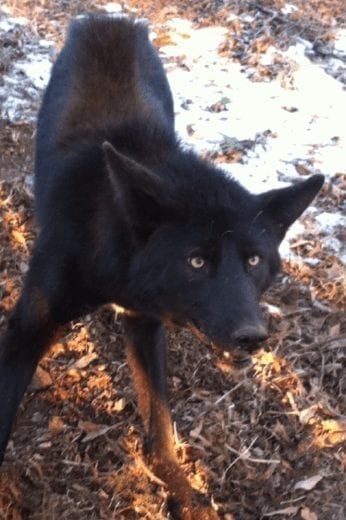 Wildlife enthusiasts and experts alike were amazed by the graceful movements captured in the high-quality recording. This one chance recording was the best footage ever seen of this animal. Few of these animals have ever been caught on camera. 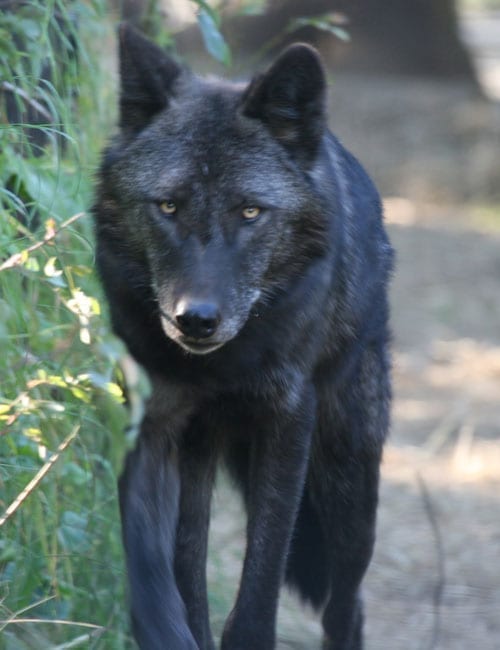 These animals are seldom seen in the wilds of North America, let alone the southeastern United States. This, coupled with the fact that the man’s property covers several acres, makes this sighting almost as rare as being struck by lightning. 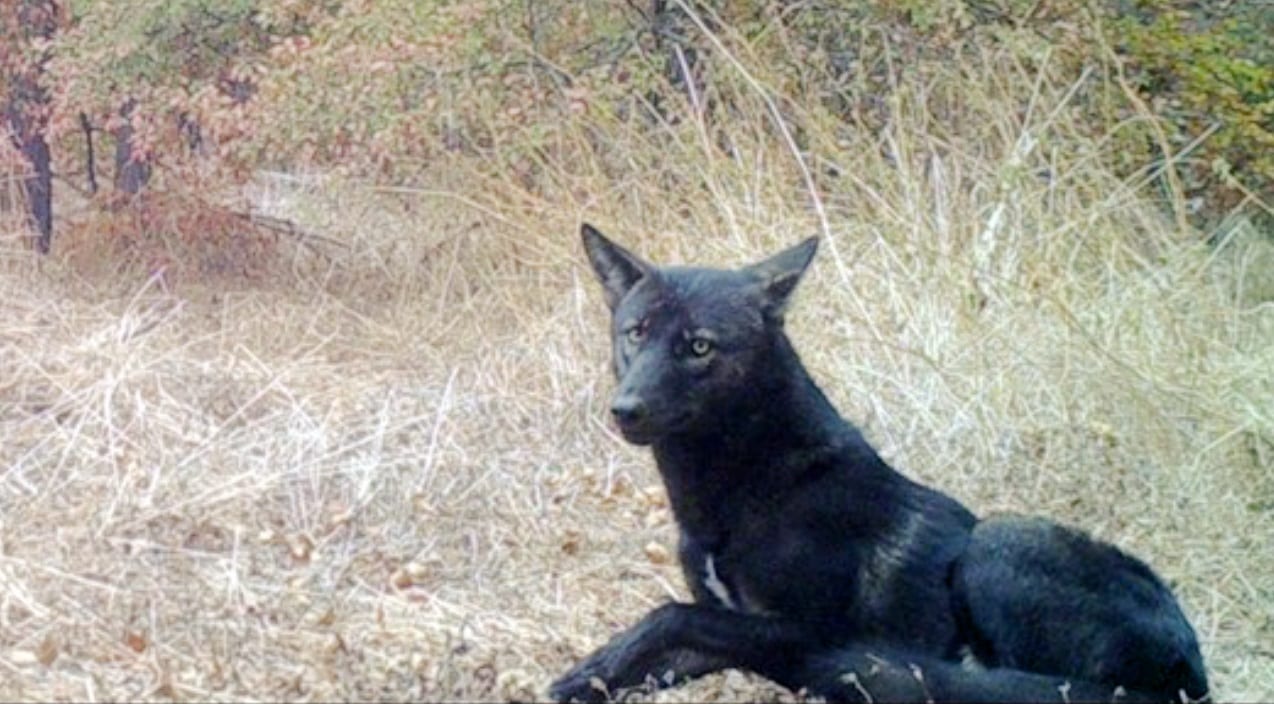 Trail cameras have been used for decades by hunters hoping to identify good hunting spots. In recent years it’s become more and more common for people to use trail cameras for hobby purposes. Many interesting things have been captured by these cameras and this man is proof.