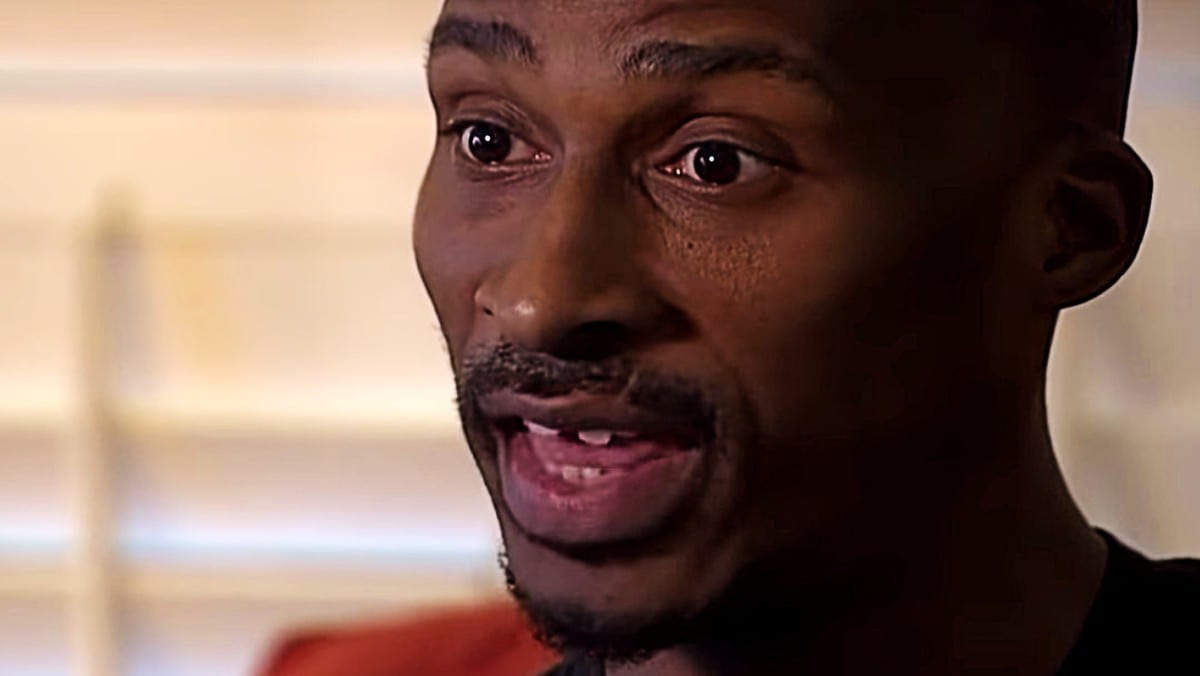 News From A Stranger

He was stranded without a single place to go as the day was getting later and later. It was only after he boarded the plane, thinking he was on his way home, that the unimaginable happened.

Out of nowhere, a woman informed the new dad that he wouldn’t be flying today and that he had better come with her. Right now!

It was April 2018 when Rubin Swift traveled to Phoenix. He was happier than he had been in months, and he had good reason to be. Rubin had just become a father, but circumstances had not been kind to the new dad.

On the day he heard the good news, he thought that things were finally looking up. But his happiness would be short-lived.

Rubin had been through a long legal battle to get here, but he had done it. The court had granted him full custody, which meant that he would be allowed to fetch his newborn baby, Ru-Andria, and take her to his home in Ohio!

He couldn’t wait to meet her, but he had no idea that fate was about to throw him for a loop.

The joyous new father then left the hospital in Phoenix with his little Ru-Andria, now only a member of this world for a mere four days, and headed straight back to the airport to prepare for their flight to her new forever home.

Everything was previously discussed and arranged with the airlines. But imagine the horror for the new father when, despite all of this, the ticket officer informed Rubin that none of this really mattered at all.

How Could This Happen?

The doctors of the hospital who cared for Ru-Andira had prepared all the documentation to indicate that she was fit, healthy and safe to be undertaking a rigorous inter-state air trip and everything that goes with it — so how could this be happening now?

Dumbfounded, Rubin could only listen as the ticket officer at Frontier Airlines explained why they would not be able to fly home.

Turns out, according to the officer, there is a policy at the airline that restricts babies who have not attained the age of “seven days” from participating in any form of air travel, regardless of how short the trip may be.

Devastated and missing his family terribly, Rubin wondered how on Earth he was going to overcome this obstacle! He started weighing up all his options.

Could Rubin sit out the three days until Ru-Andria reached the age to be eligible to fly on this airline? Could he look for a different airline that does not have the same policy? What other option did he have to find their way back to his home in Ohio?

He was racking his overwhelmed and confused brain. But wait, now for the next obstacle!

Between A Rock And A Hard Place

“I was out of money and the hospital told me that I wouldn’t be able to get a birth certificate for seven days,” Rubin explained.

“I was worried that if security saw me sleeping at the airport with a newborn, they’d take her away from me and charge me with neglect. I was stuck.” But the situation was about to get much worse.

Rubin did not have a single family member or friend who lived in Phoenix. This meant that there was a brand new father with a brand new baby girl, stranded in a town he did not know at all, and not a single person to turn to.

Was this his destiny for the next three days to come? Starting to panic at the thought of not being able to give his new little bundle of joy the best possible care, he took control of his emotions and started to think rationally and positively.

Then, with all the turmoil going through his head, he suddenly saw a face in his mind. He recalled that when he was at the hospital he had seen an elderly woman in the maternity ward at Banner University Medical Centre — where he met his daughter for the first time.

She turned out to be a hospital volunteer and he saw her carrying and caring for Ru-Andria.

A Note In His Pocket

He had spoken to the woman for a few minutes and got the immediate impression that she was very kind and nurturing. For some reason, he happened to take her number. He had written it on a piece of paper and had put it in his pocket.

But he did not even know if she was going to remember him (or his daughter) if he called her.

Praying For An Answer

Standing with a newborn in his arms, stranded at the airport and with no other options presented to him, he gathered his thoughts and decided to follow his intuition.

Pulling the crumpled note out of his pocket, he dialed the number and prayed when it began to ring, “Please answer…please…” Everything was riding on that phone call.

Open Arms And An Open Heart

This is where Joy Ringhofer steps into the picture and the start of a beautiful and heartwarming story unfolds. Even her name is significant! This act of kindness, which began with only three days, turned into a lifelong connection and touched the hearts of millions of people all over the world. Joy invited Rubin and little Ru-Andria into her home with open arms.

She said, “I had such a strong feeling and I that I needed to do this for him and I know that he was a very kind and safe man to have in my home… and he has been a perfect gentleman.”

What started out as an extremely joyous occasion where he was going to fetch his newborn baby almost turned into a disastrous adventure where Rubin was to be stranded in a strange city with a brand new newborn baby girl.

After everything that has happened to him, he has now been taken in by a kind elderly lady and suddenly he feels elevated — this kindhearted Angel took care of him and his little baby girl, Ru-Andria.

Rubin remarks that she could easily have said that there was a problem and refused them. Instead, she made them part of her family and, even though they were complete strangers, it was never an issue.

Rubin was amazed and said: “I mean who does that? Joy formed such a strong bond with her and said she’s just beautiful, wonderful, she’s been so good and Joy is going to miss her when she’s gone.”

Over the next few days she held, cared for, and loved the tiny baby. The three strange companions became so close they even went to the cemetery to visit the grave of the 78-year-old great grandmother’s husband, who had recently passed away of Parkinson’s disease.

Rubin was so taken in by this unconditional kindness and says Joy is Ru-Andria’s grandmother, and Joy has gained a granddaughter.

Too Little Too Late!

Rubin and his daughter had booked a flight to go back to Ohio and the Frontier Airlines said they would waiver any change fees associated with Rubin’s travel this time around. How does the saying go? Too little too late?

When he was unable to board the flight with his newborn infant, they said his money would only be refundable in seven days and were prepared to leave the young family destitute — in a strange city with no money for food, supplies or to get a hotel or a cab to make the ride back home.

Fortunately, as the world works in mysterious ways. When Ruben Swift met up with this kind great-grandmother who took a leap of faith and saw that a fellow human being was in need of some love, caring, looking after and human kindness.

In this small act of kindness, so many new unbreakable bonds were formed. A Family, grandmother, granddaughter, and friendship.

With the daunting task of suddenly becoming a single father and not being experienced or equipped to take care of a newborn, this experience has taught Ruben many lessons.

Having followed all the correct procedures the airlines still had their rules, which can sometimes seem pretty ridiculous and unfair, but he managed to keep his senses about him and used his best judgment by asking for the help of a retired caregiver… and a very Good Samaritan, at that!

Nowhere in this story do we hear how the mother features in this dramatic saga. Somehow I do not think this is where the emphasis lies. Maybe she had difficult childbirth, did not want the baby or was unable to take care of her. Or one could assume anything else in the book.

The fact remains that Rubin Swift rushed over to Phoenix to accept his newborn and did absolutely everything in his power to give little Ru-Andria the best possible chance in life.

With the help of Joy Ringhofer it was all made possible. And this wonderful grandmother should be honored and respected by all humankind. She had absolutely no consideration for her own safety by bringing a complete stranger into her house, even with all news about the violence doing the rounds on social media.

All she could see was another human being in need of help and love.

Ru-Andrea and Ruben flew home, but he made a promise to return to the woman who has become family, a stranger who has now become like a grandmother who gained a granddaughter.

What Rubin learned from this experience is: “…that in this crazy world there is still compassion.” The blessed new father wants to spread this compassion by encouraging others to help those in need. “Let’s return to a time when we all cared about one another. That’s what I’m hoping will happen,” he said.

What would your immediate reaction be when you see or hear of someone in need of help or just a little human kindness? Would you turn your head, look the other way, pretend you didn’t see someone’s dilemma, or will you stretch out your hand and offer some human kindness?

In the end, would you be able to say, like Rubin, “I’m grateful?”