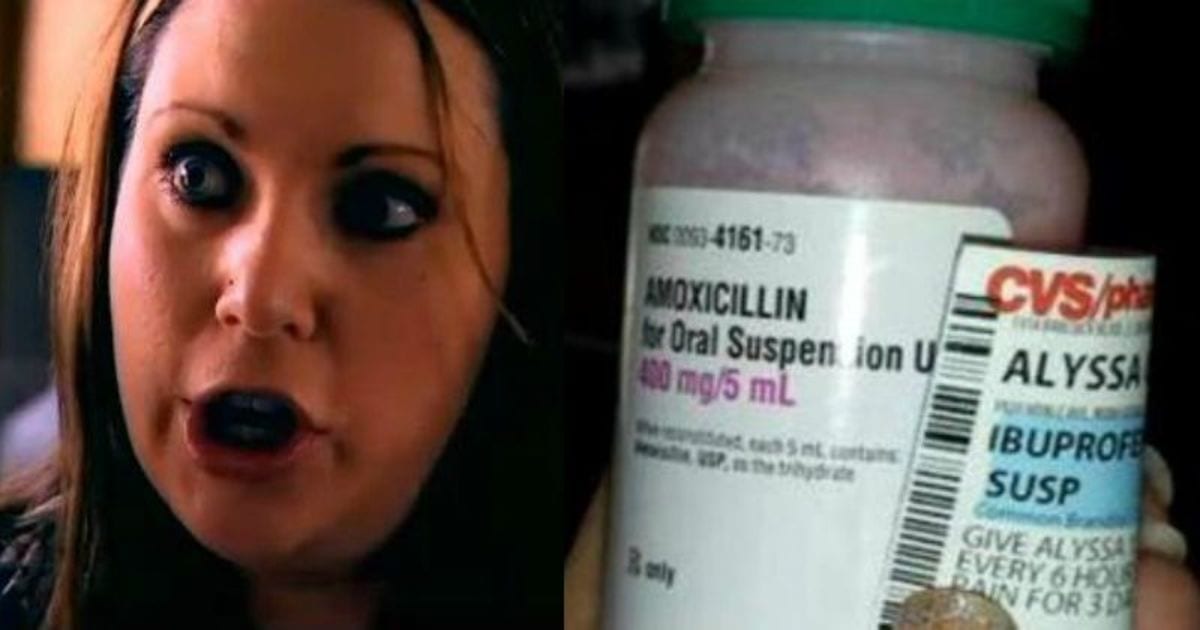 In today’s world we all focus on different types of jobs, this means that we can’t always take care of everything ourselves. That is why we rely on other people to do their jobs correctly. We rely on them to help us, simple as that. 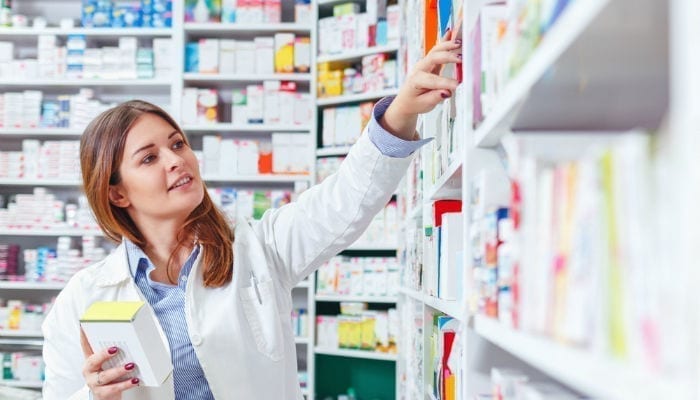 However, this means that we become dependent on them and as a result, there is some risk involved. Some people have crucial and very specialized jobs which means that if they don’t do their job properly it can have disastrous consequences. 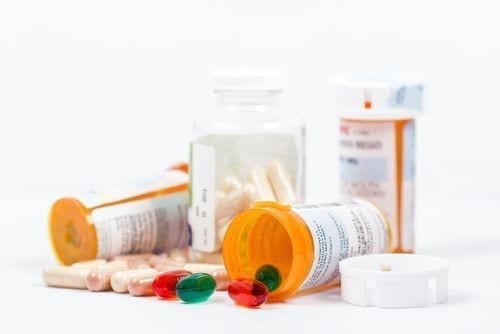 This is the nightmare that Vanessa Gilbertson, a mother from Delano, Minnesota, was facing. She trusted her local CVS pharmacy when her children got sick. However, that trust has been completely lost after the ordeal she went through.

Recently, Vanessa’s 7-year-old daughter became sick. Being the concerned mother you would expect, Vanessa took her daughter to the doctor for an examination. After the examination, the doctor decided to write a prescription for extra-strength ibuprofen for the little girl. Vanessa took the prescription to her local CVS Pharmacy. She had always relied on them and trusted the pharmacists there. She went in and got the prescription filled before taking it home. She immediately began giving Alyssa, her daughter, the medication. However, it didn’t help at all.

What’s In A Name 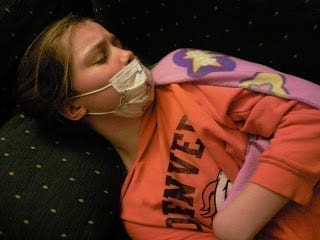 A few months later, Vanessa’s 5-month-old baby also got sick. After taking her baby to the doctor, she again went to the CVS to get a medication prescription filled for the baby, however, the medication didn’t seem to work. 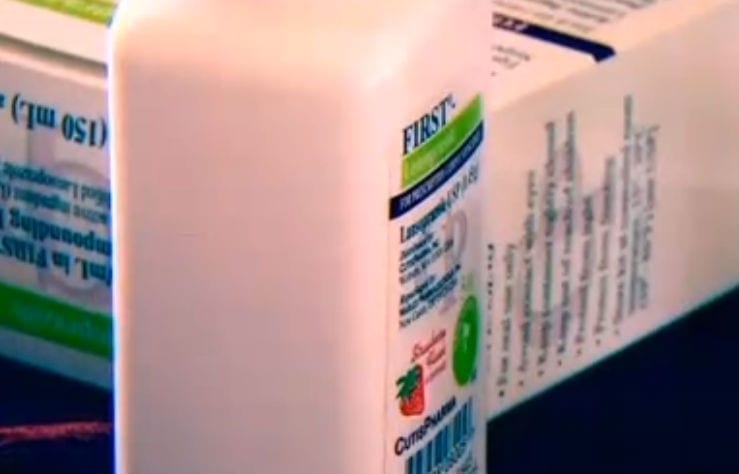 Furious with their mistake, Vanessa again went back to the pharmacy and confronted them with their error. They apologized again and corrected the issue yet again. Even so, Vanessa knew that she couldn’t leave it there. She decided to share her story online to warn other people about going to that CVS to get their prescriptions filled. While nothing serious happened, the mistakes they made could have had much more serious consequences. 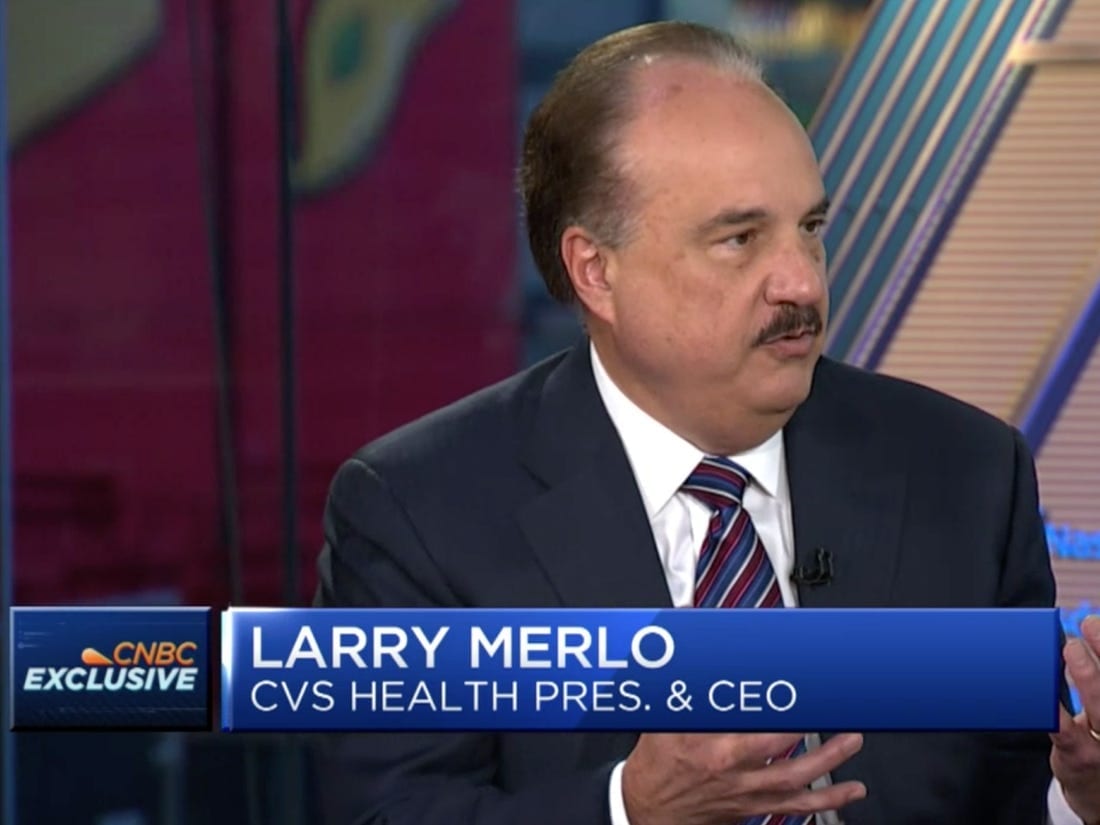 CVS naturally reached out and made a public apology for what happened. “We sincerely apologize to Ms. Gilbertson. Her children’s prescriptions were corrected as soon as we learned of these incidents and our pharmacy supervisor has personally apologized to her.” 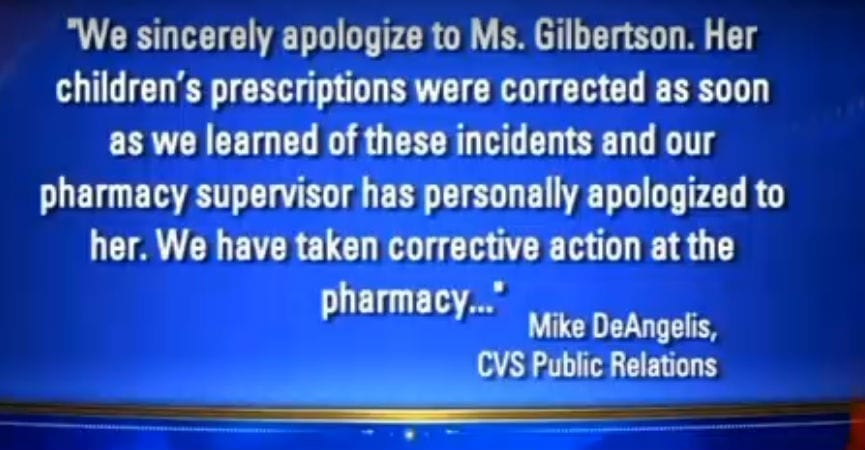 The statement continued: “The health and safety of our customers is our number one priority and we have comprehensive policies and procedures in place to ensure prescription safety. Prescription errors are a very rare occurrence, but if one does occur we determine what happened in order to prevent it from occurring again.” 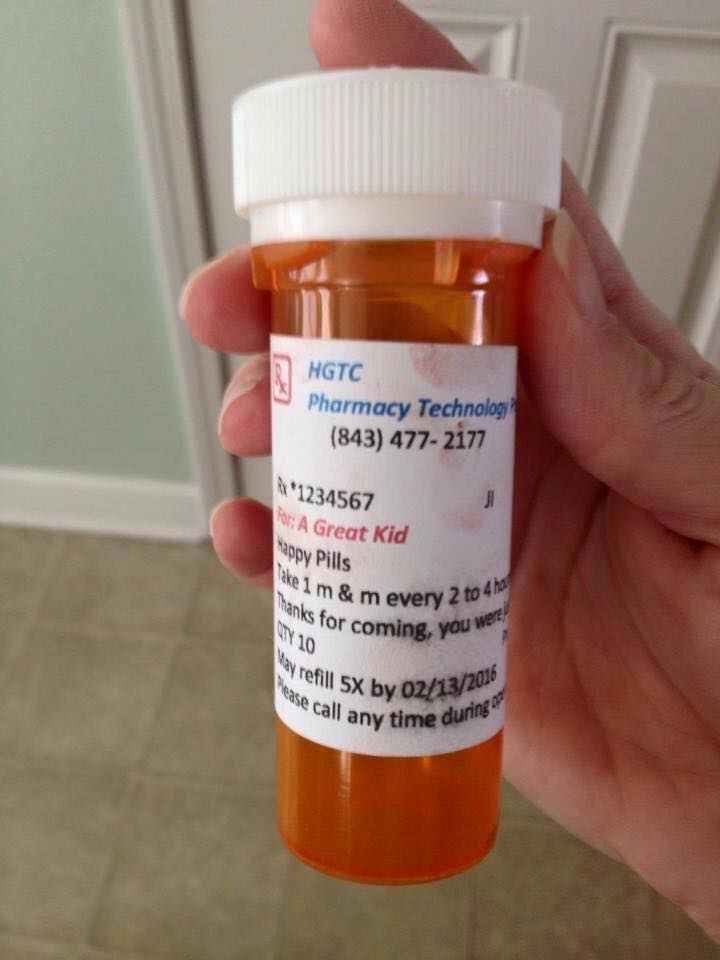 The apology ended stating: “We have taken corrective action at the pharmacy and remain committed to ensuring that prescriptions are dispensed safely and accurately to our patients.” Needless to say, Vanessa never plans on doing business with that branch of CVS again. 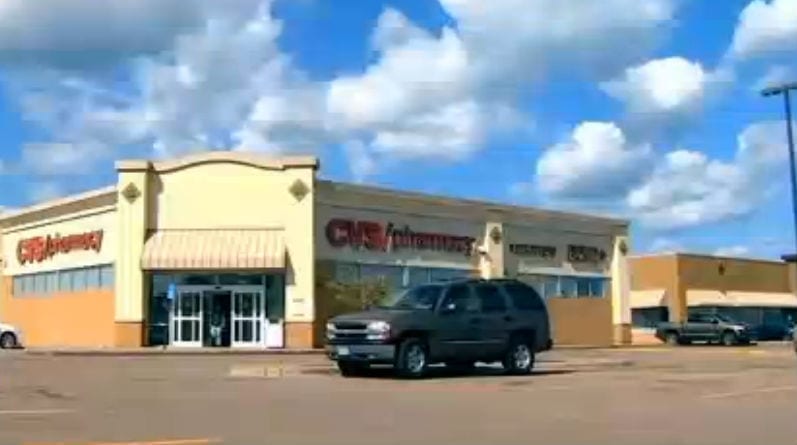 No one can blame Vanessa for not wanting to go back there after everything that happened. It is not acceptable to make a mistake with a child’s prescription even once but twice is completely unacceptable.