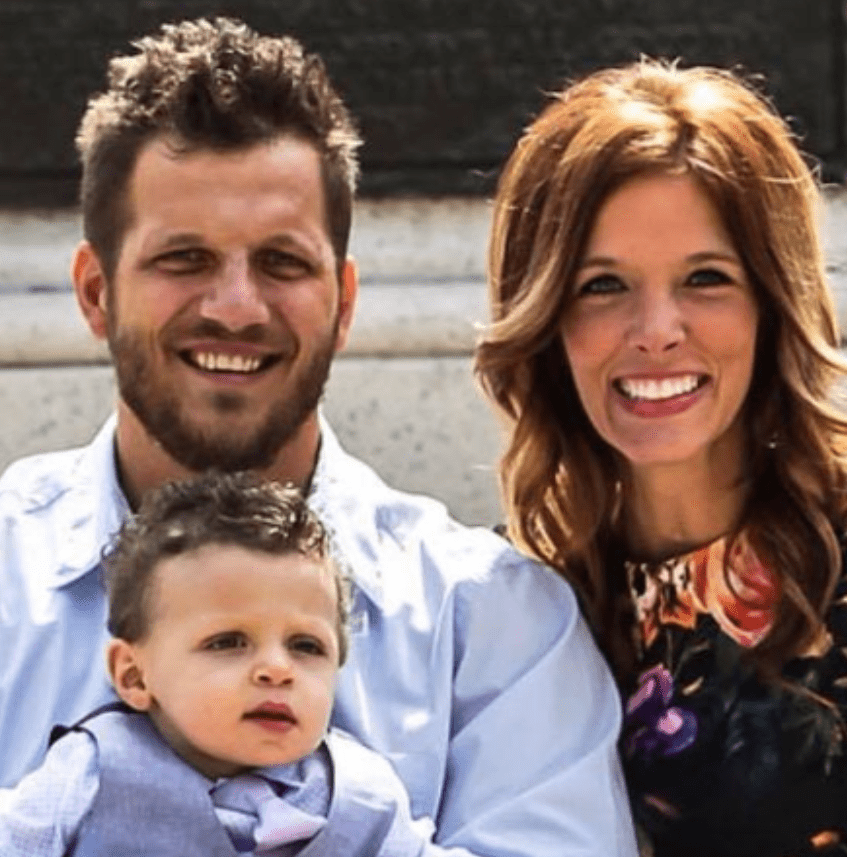 “We tried for years to get pregnant but soon came to realize that it wasn’t going to happen, nor would it be safe for my body to sustain the miracle of pregnancy due to my illness,” Mandi said. They were heartbroken but didn’t intend to give up.

The couple started looking at their options and concluded adoption was the way to go. But first, they had to prove they could take care of a child for the long term. Given their health battles, this would not be easy. 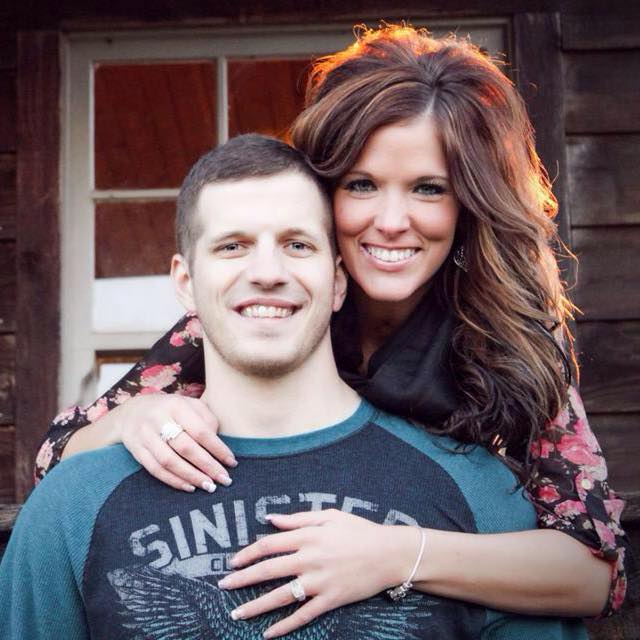 It was right about that time Mandi and Tyler noticed that their local authority was calling out for foster parents. Day after day, they kept hearing the commercials asking for people to take the training and become licensed foster parents, given the great need they always have for qualified families.

The young couple took it as a sign of God’s plan. They signed up for the program right away, not knowing how hard it would be to get approved as suitable parents. 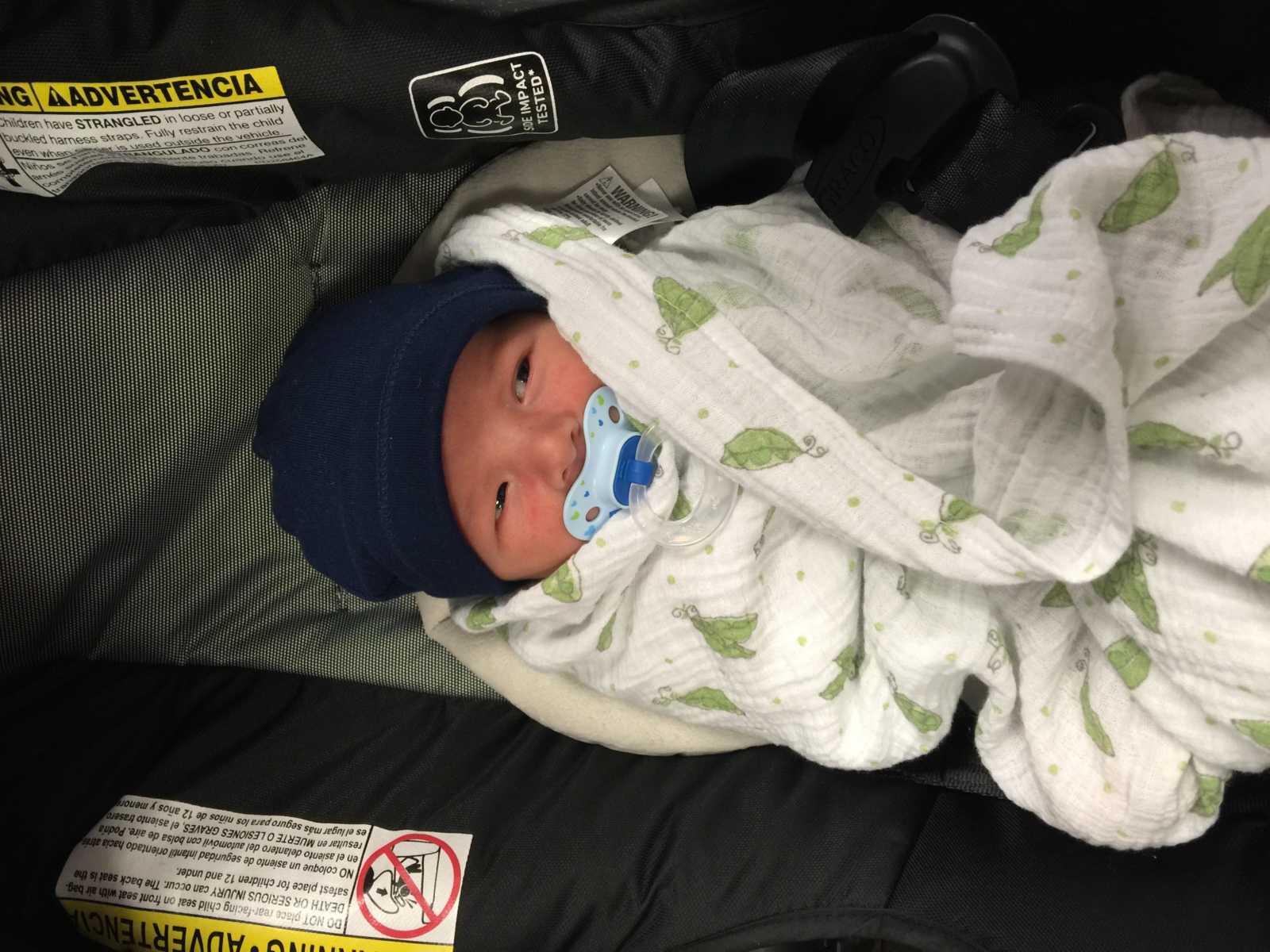 It took months of rigorous training and paperwork to become licensed as foster-to-adopt parents. “The same week that we were licensed, we also received our first phone call to pick up our baby boy, Hunter,” Mandi said. At the time, Hunter was a little over a week old and in need of a loving home.

Of course, Mandi and Tyler were overjoyed to take the infant in. But it remained to be seen if they’d be able to keep him for good. 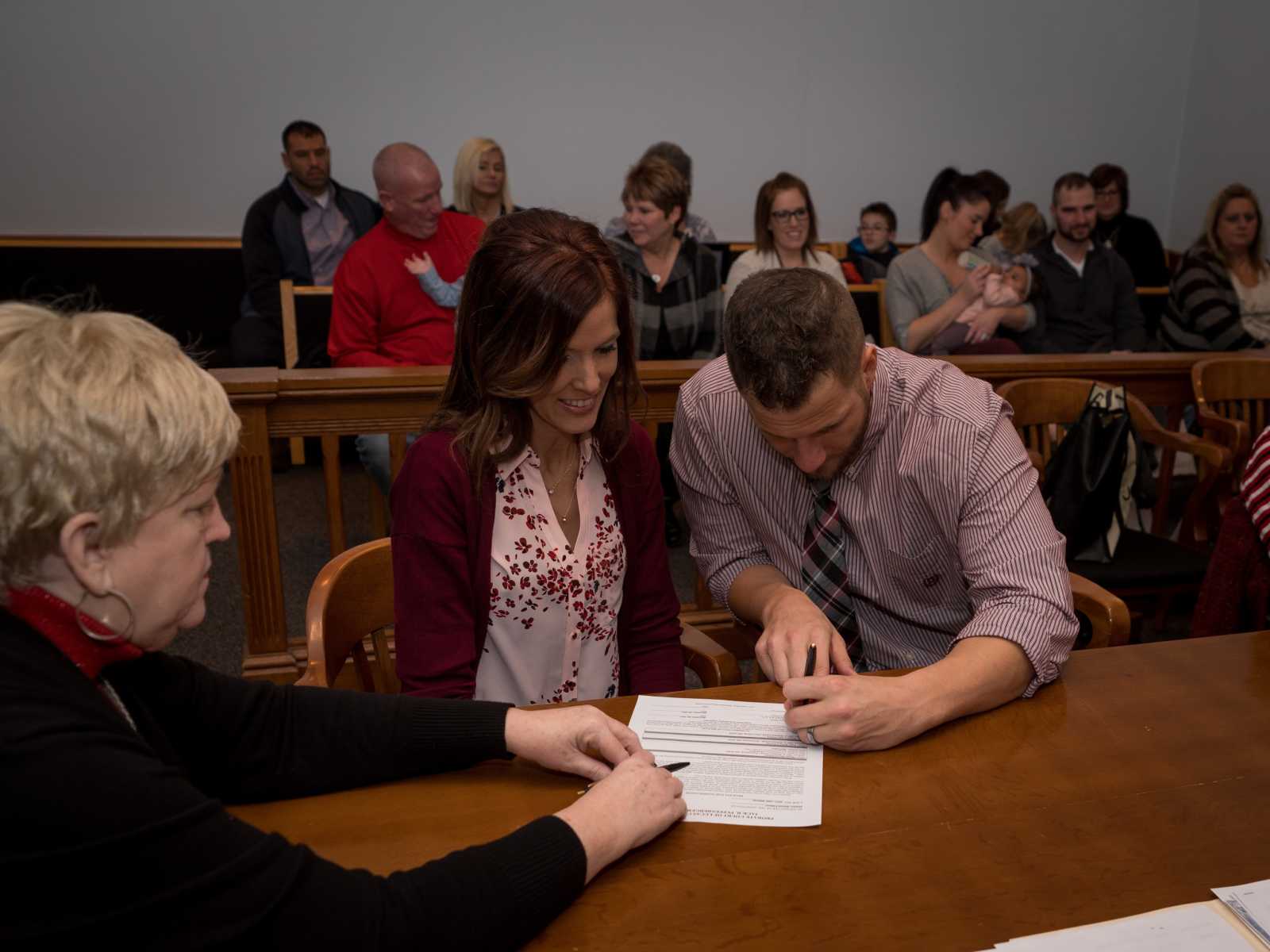 “Talk about a whirlwind of emotions!” Mandi said. “We quickly ran to Target and purchased the necessities (car seat, clothes, baby blankets, diapers, food, etc.) we needed to bring our baby home. We arrived at children’s services and there was Hunter, all bundled up in a receiving blanket, and he was being held by our caseworker. He was eight days old and absolutely perfect. We fell in love with him instantly.”

But the system wasn’t going to make it easy for them. 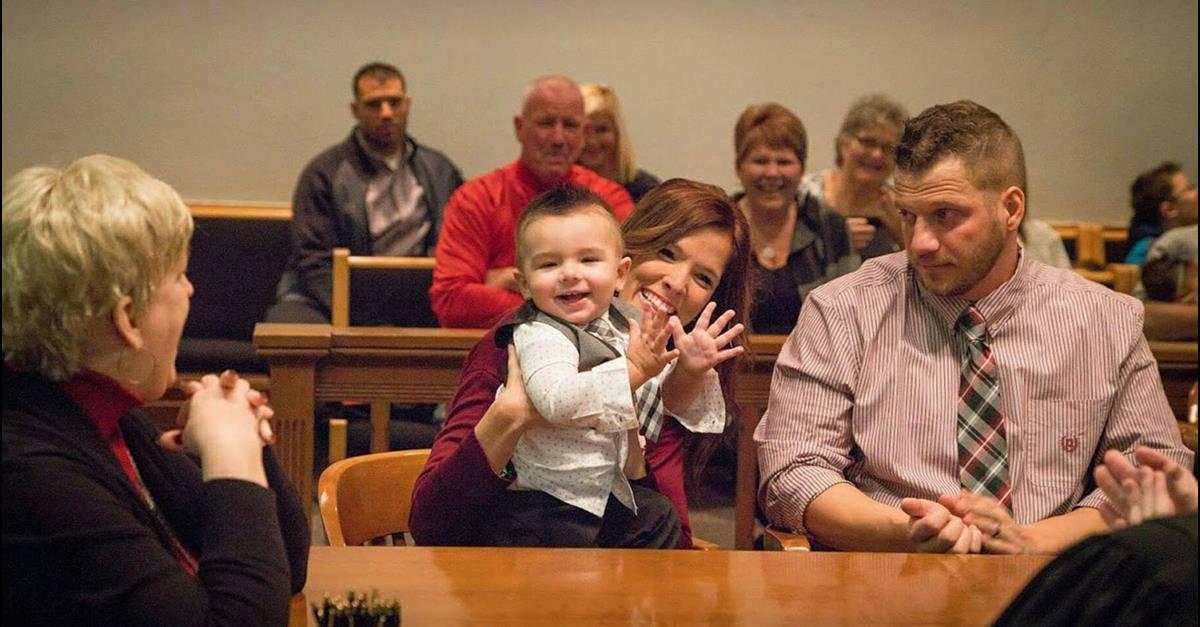 But there is a certain amount of risk involved in fostering in that the child could eventually go to another family, which would be devastating for everyone involved. Unfortunately, that’s exactly what happened a few months down the line — they faced the prospect of losing Hunter to another adoptive family. But as we know, Mandi and Tyler are willing to fight for what they love, and this situation was no exception.

They embarked on a lengthy battle to officially adopt Hunter. 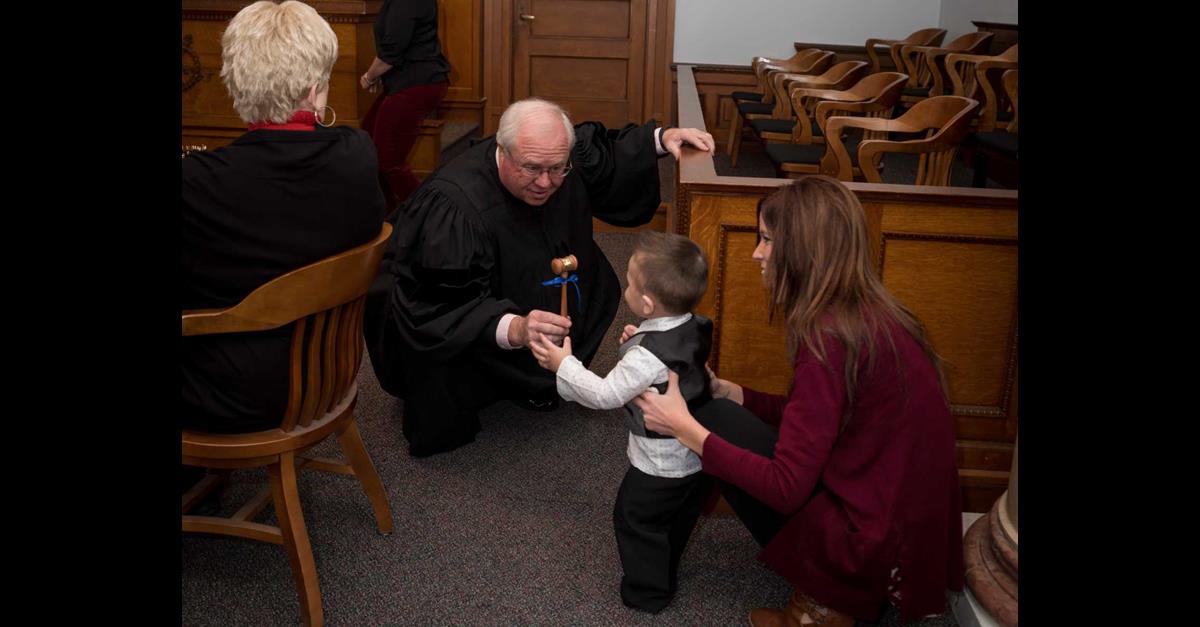 “Over the next 16 months we went through the crazy roller coaster ride of fostering,” Mandi said. “Our prayers were finally being answered! Our adoption worker worked so hard to get paperwork finalized so that Christmas of 2017 would be our best yet.”

Their court date was set for December 18, 2017 — the day they’d get to finalize Hunter’s adoption. They were bursting with anticipation. 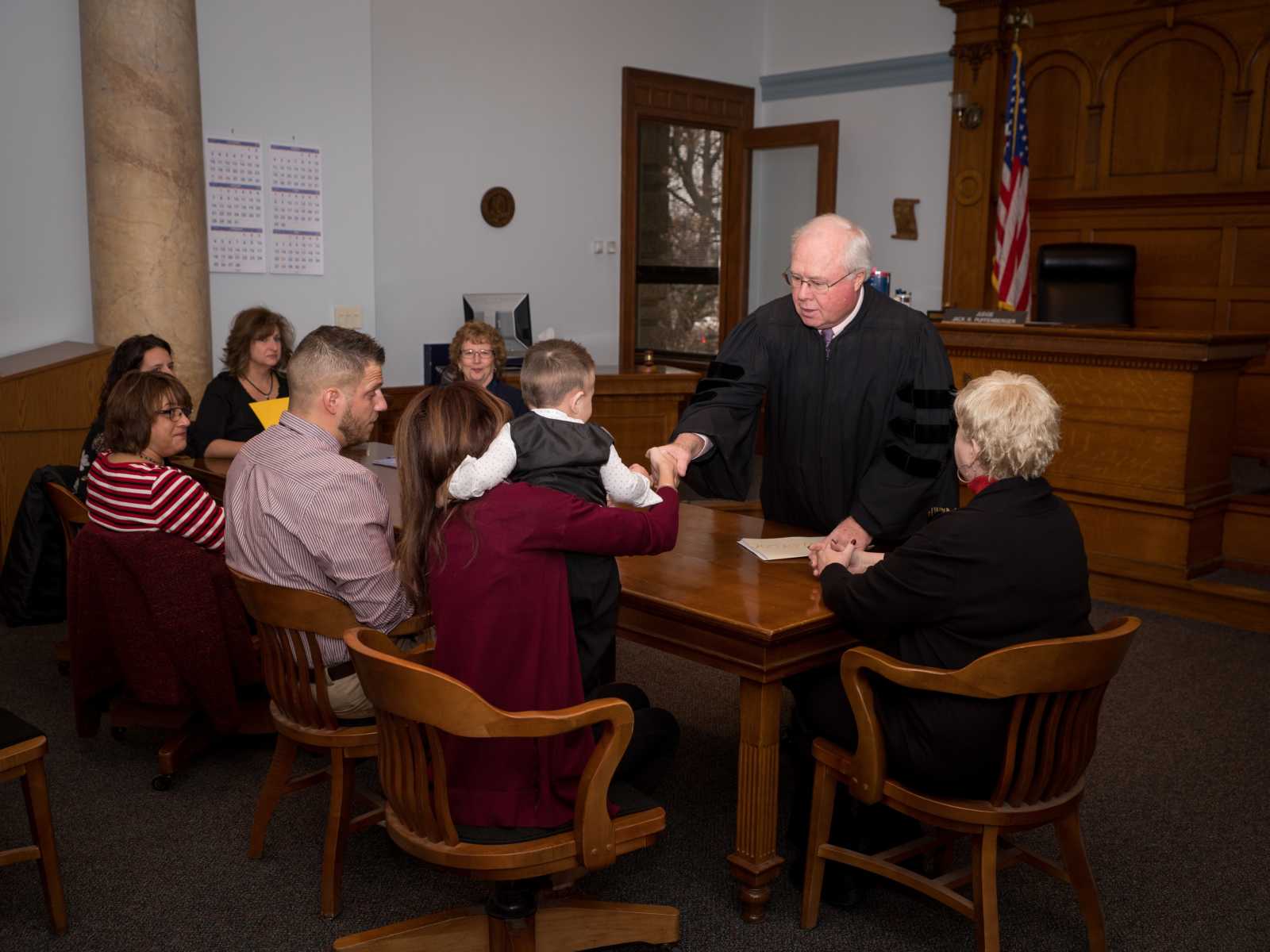 For both Mandi and Tyler, this was more than just becoming parents in the traditional sense. This little boy — although only 17 months old at the time — had given them even more reason to continue to fight the good fight.

“He was our ‘medicine’ and both of our reasons to fight the health battles that we have been given,” Mandi said. “He truly became our ‘why’ in life.” So you can only imagine how emotional it was that day in court… 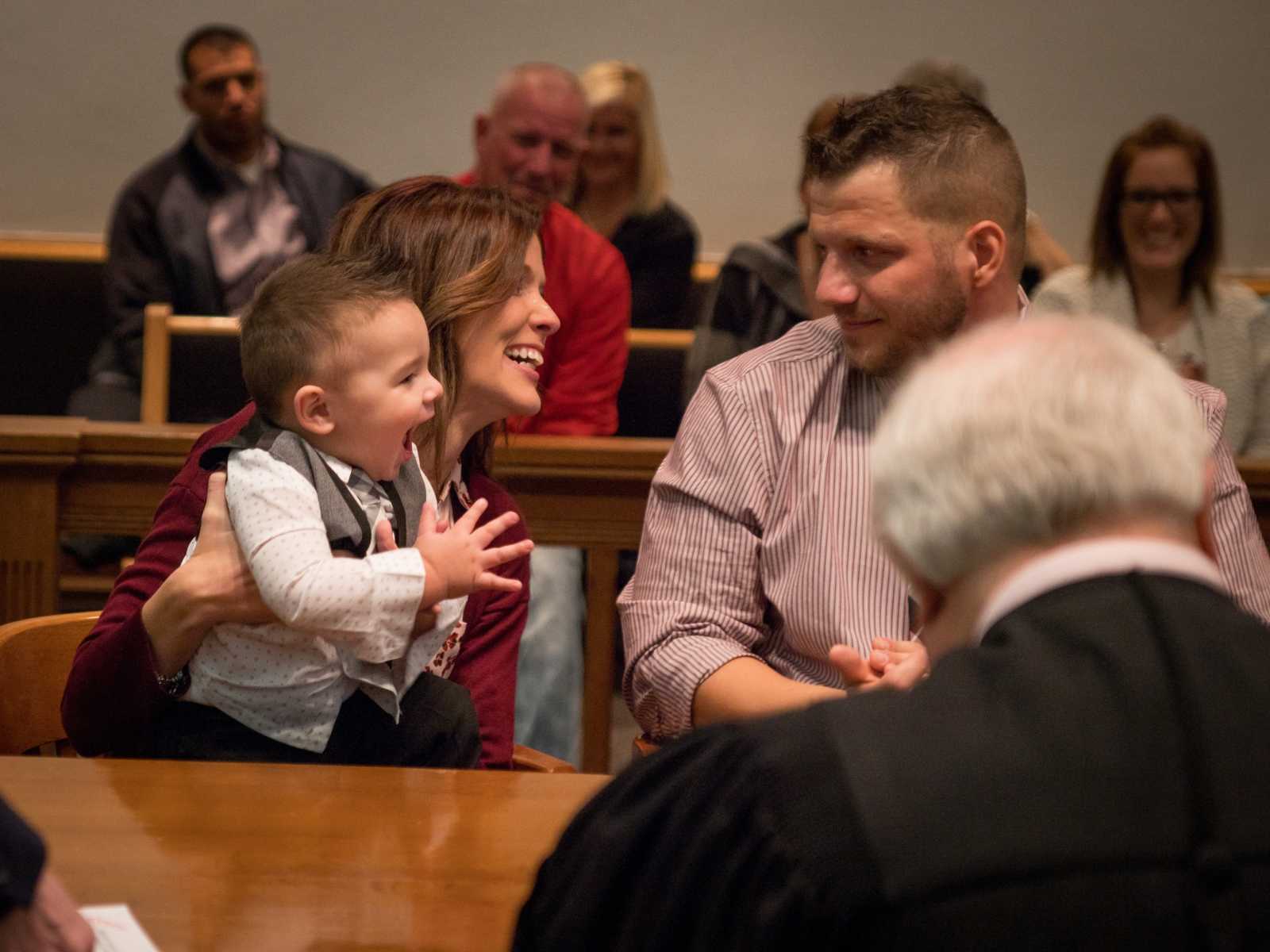 The family put on their best clothes and headed to the courthouse to make it official. Even though they already felt like a family, having the paperwork and legal grounds to stand on was what they had all been waiting for.

“It was very emotional, in a good way. We had all of our family and friends there,” Mandi said. “At the end of the court process, the judge announced Hunter’s new legal name.” And that’s when Hunter himself chimed in. “And they read the adoption decree and that’s when Hunter looked at my husband and he said, ‘Dad!’ and clapped,” Mandi said. “He just started clapping and everybody just started crying. It was so emotional. It’s definitely rewarding. It’s nice to look in his eyes now and not have to worry that he’s ever gonna have to leave us again.”

If that judge ever had any doubt as to whether or not this was a family fit to take that little boy home, I think that answered all of his questions. Hunter is more than just a little boy to them, he is a miracle in so many ways. “We’ve learned that there’s a rainbow at the end of every storm and we’re so thankful we kept the fight,” Mandi said.

“He is our world and our reason to keep fighting these battles. My husband said that there is no medication to help his PTSD quite like having his son take our last name.” She added that on adoption day, it was almost like a ton of bricks just came off their chest knowing that he’s never leaving them. “He’ll always be safe and loved with us. So that in itself is rewarding,” she said.

“Our hearts are forever changed because we now know a true and genuine love. We know that he will forever be safe with us and most importantly will always know what love is. We have learned that family isn’t about DNA. It’s about love!” And they have shared their story in order to shed a light on other children in need of a family. 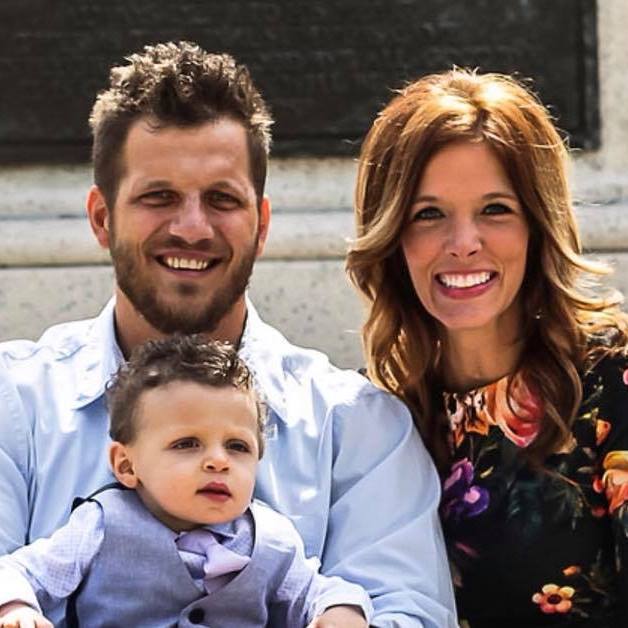 Mandi and Tyler have become fierce advocates of adoption and fostering. “Being a foster parent isn’t easy by any means, but it’s SOOOO worth it when you see the joy in the children’s eyes when they actually feel safety, validations, comfort, and love,” Mandi wrote on Facebook in commemoration of Foster Care Awareness Month.

“These children are worth not giving up on. They are innocent and deserve all of us to help put their broken pieces back together.”