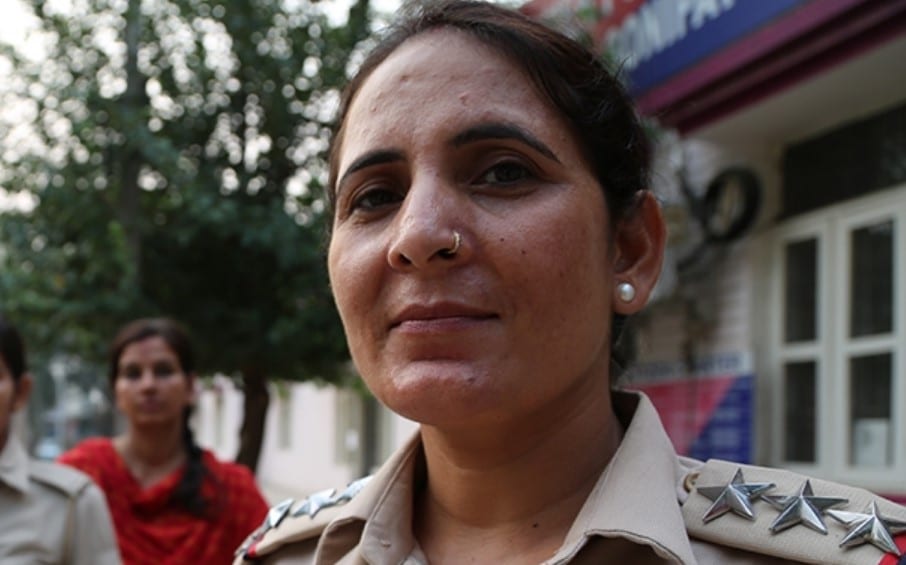 She looked from the men packing their crates and stacking them into their flatbed truck and back to the house again, still unable to believe what she had just witnessed. As a local environmental agency chief, she had seen some bizarre things in her day. But she had never seen anything like this.

Nobody had expected what was just beyond the door of this innocent-looking house. But when they had walked inside, the stench sent them reeling. 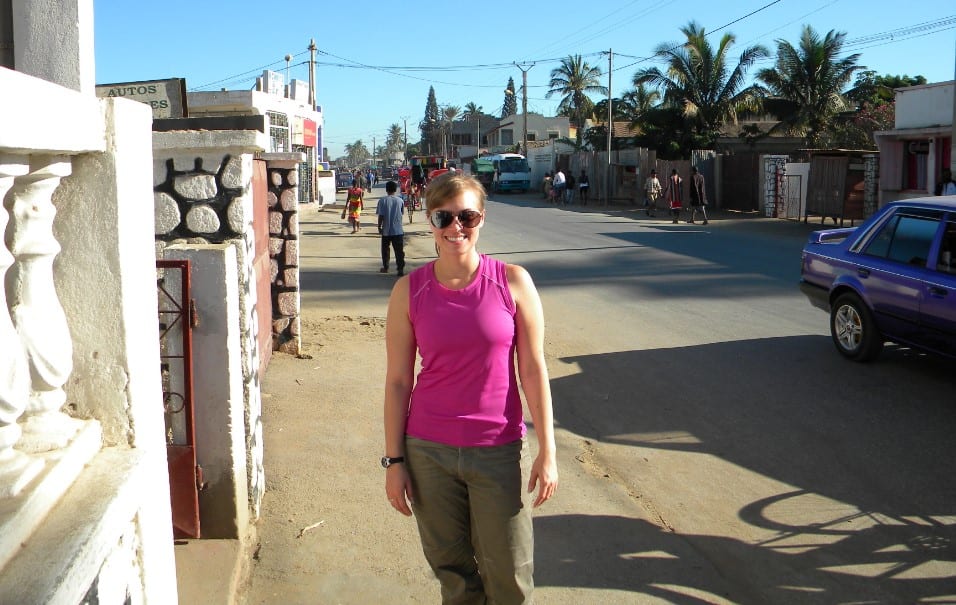 Soary Randrianjafizanaka’s jurisdiction lies in the vibrant seaside town of Toliara, Madagascar. With a population of around 150,000 and a booming tourism industry, Soary had her hands full. The town is famous for its pristine white beaches and lush gardens.

But Soary knew better than anyone that the town had a dark secret festering beneath its idyllic surface.

Flocking For The Experience 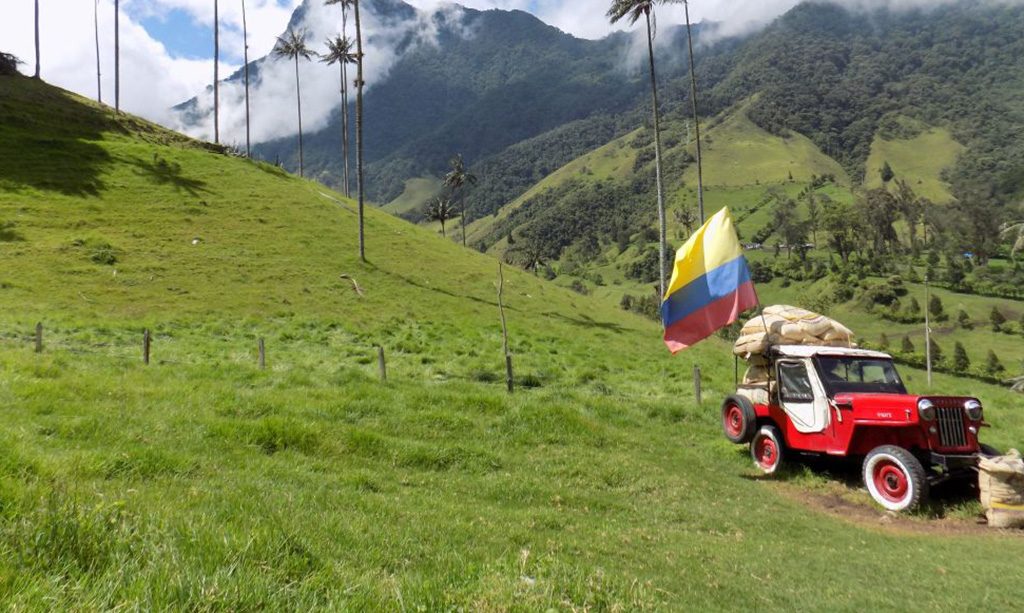 The island of Madagascar is well-known for the diverse array of wildlife that calls it home. Tourists flock from all around the globe in hopes of seeing animals that can be seen nowhere else on earth.

Lush forests and beautiful coral reefs hide lemurs and rare fish that look like they could have come from another planet. But Soary knew all too well that things weren’t always what they seemed. Contrary to Madagascar’s exotic and beautiful surroundings, the nation has faced problems for close to 60 years. After Madagascar obtained independence from France, the country has been rocked by political unrest, violence, and coups.

So when the residents of Toliara began to complain about a foul smell permeating the town, local authorities didn’t take them too seriously. But they should have. 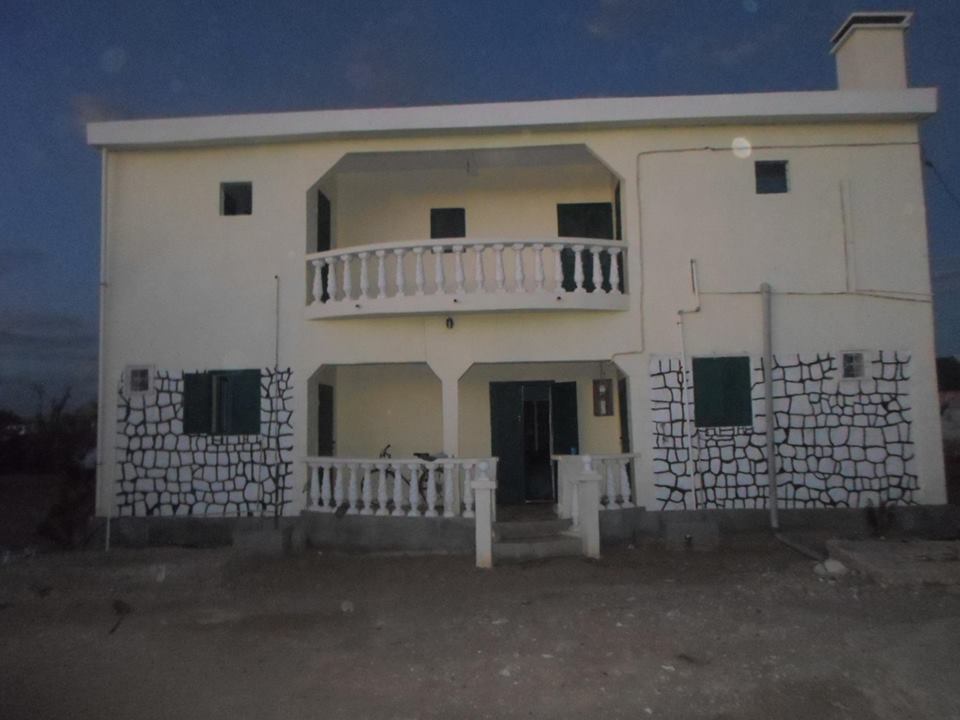 When the smell grew stronger over the next few weeks, residents had had enough. They convinced the authorities to investigate the cause and find the source of the acrid stench.

When they followed their noses to a white two-story house in a sparsely populated area of the town, they knew they had found it. But they were unprepared for what lay within. Soary joined the authorities in their search when she began to suspect that there was a much more sinister cause for the terrible odor than a simple explanation.

As she stood outside the house that they thought was the cause, the smell had become unbearable. They had found their source, but just what was causing the stench?

Kicking Down The Door The police swarmed the house within minutes, stomped up the front steps and banged on the door. But there was no reply. They’d have to kick down the door to solve the mystery.

Soary stood back as the police officers readied themselves to force their way inside, holding her breath. One… two… three… 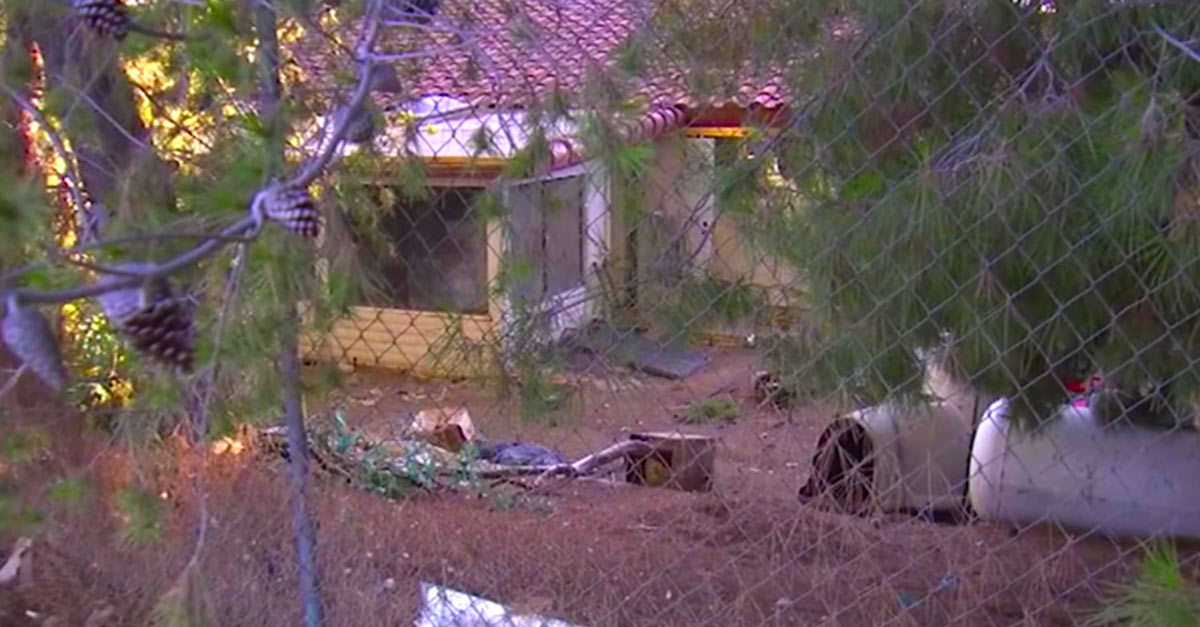 The door clattered open on its rusted hinges, slamming against the wall as it swung from the force of the policemen’s boots. It took a minute for Soary’s eyes to adjust to the darkness inside, but then they began to water.

The stench was so overwhelming that her head began to spin. But the nightmare was just beginning. 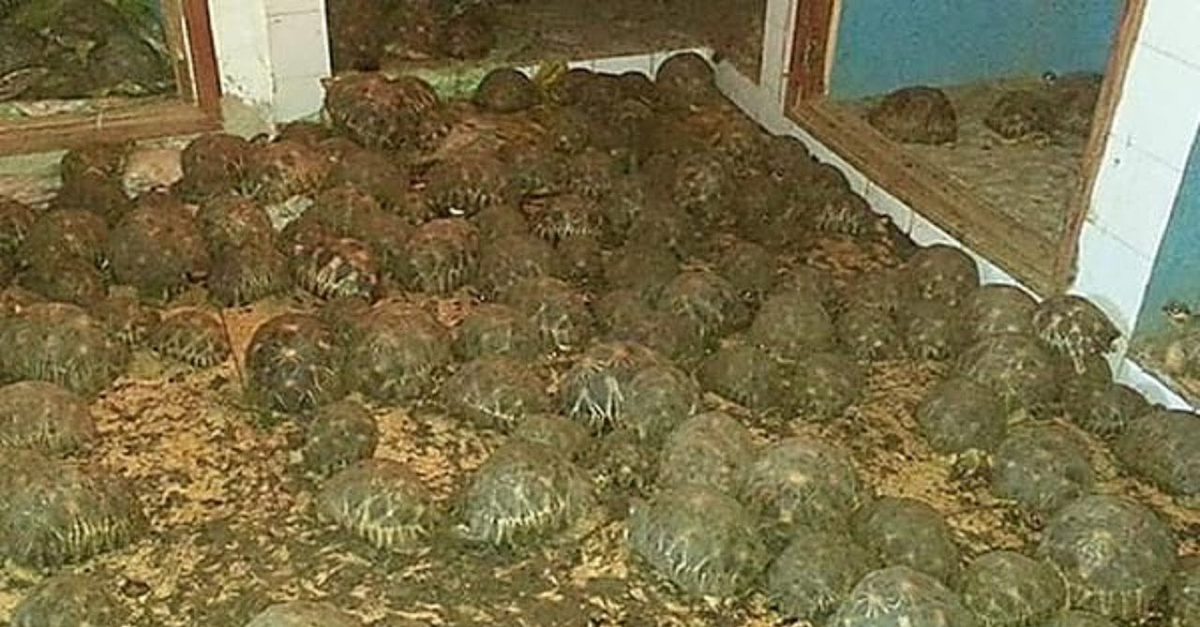 Soary jumped in fright. The floor seethed as if carpeted with a writhing mass that had a mind of its own. There was a faint scratching sound as it moved, but that’s when she realized that the sound was made by thousands of moving creatures.

With her hand over her mouth, she began to carefully step forward but found no room for her feet. 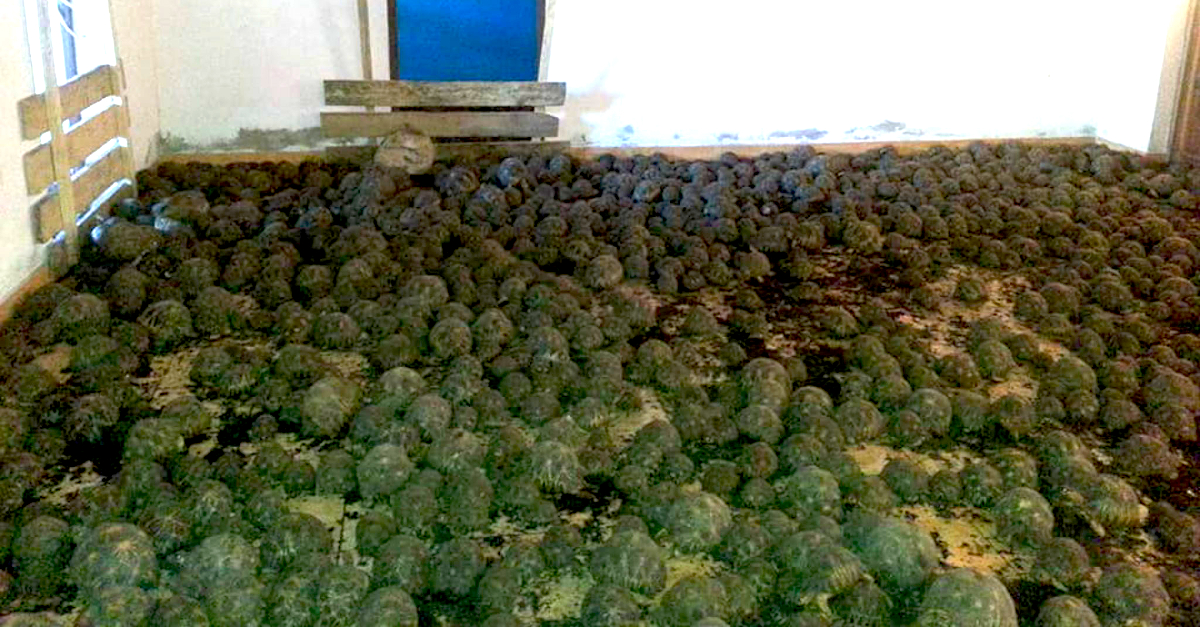 Thousands and thousands of small, rounded creatures were everywhere. In the bathroom, living room, bedrooms, and kitchen they carpeted the floors. They were even inside the bathtub, clamoring for space. And they were very much alive.

Soary couldn’t believe what they had just uncovered. And she knew they would have to act fast to save them. She radioed for backup, and could they hurry, please?

You Can’t Imagine It 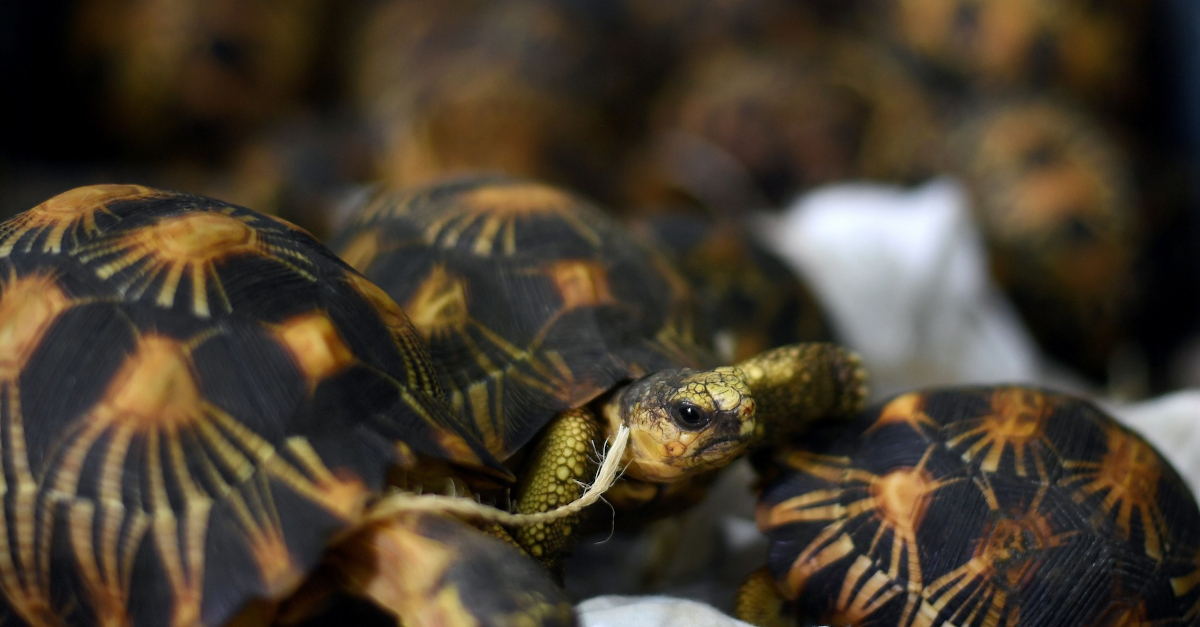 “You cannot imagine,” Soary told National Geographic during an interview. “It was so awful. They had tortoises in the bathroom, in the kitchen, everywhere in the house.” She’d never seen such a large amount of tortoises in one place before.

But, as if the evidence wasn’t incriminating enough, the tortoises’ species was later identified. 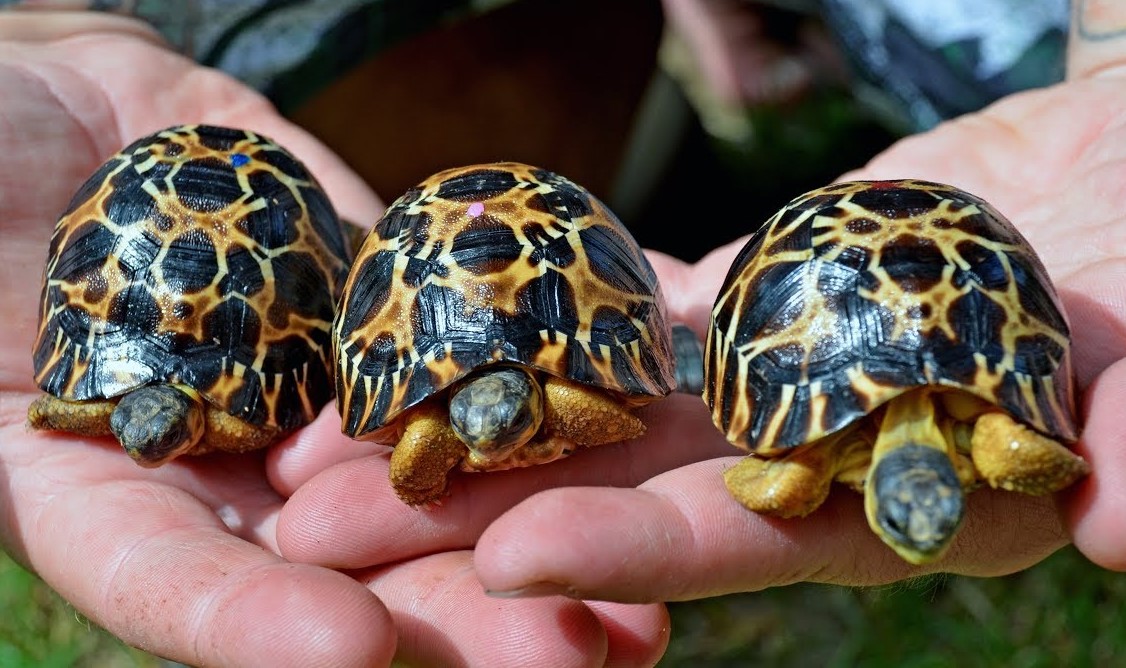 The two-story house had contained an incredible 11,000 radiated tortoises. They were seized and the massive operation of moving them to safety was soon underway. Numerous trips and six truckloads later, the tortoises were moved to a private reserve near Ifaty, called Les Villages des Tortues.

Each little animal was given a health check and treated for dehydration. But why had these tortoises been crammed into the house in the first place? It’s an unfortunate reality that Soary has seen before – the endangered radiated tortoises continue to be poached from their natural habitat. This is despite the fact that a treaty that prohibits their commercial trade has been signed by more than 180 countries, including the European Union.

The tortoises are highly coveted for the striking star-shaped pattern that adorns their shells. 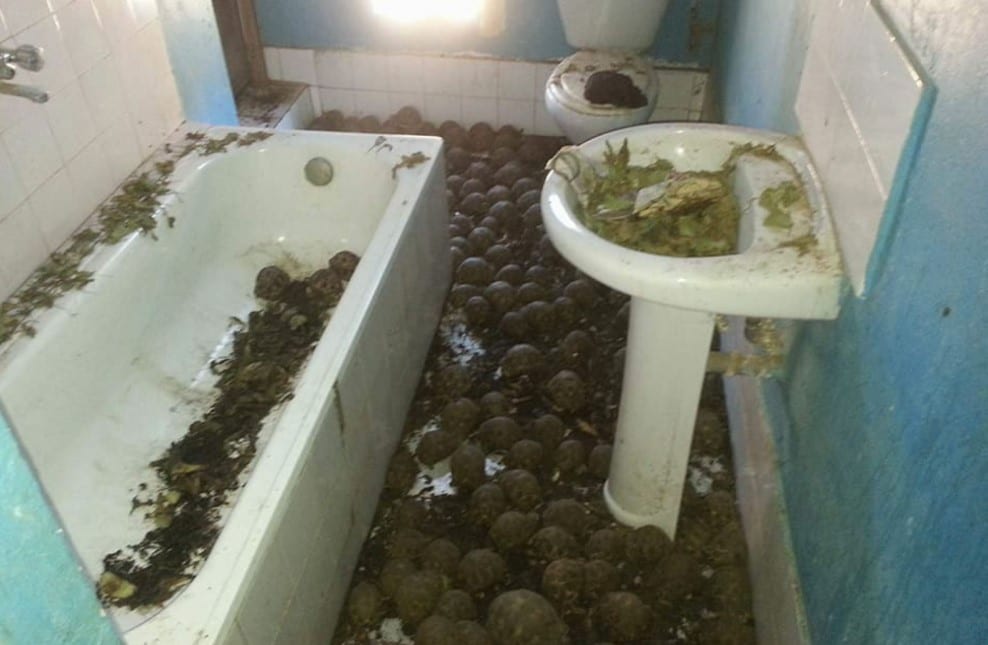 The radiated tortoises were destined to be smuggled out of Madagascar and sent to collectors in Asia or sold as bushmeat for the local population.

Thanks to local law enforcement, American-based group Turtle Survival Alliance (TSA), and Soary’s efforts, they will be kept in the sanctuary where they will be safe for the rest of their days. But how many are left in the wild? The radiated tortoise population has been on a steep decline for the last three decades and is now at an estimated three million. It is believed that the beautiful and rare tortoise will be extinct in under 20 years. Most of the rescued tortoises are recovering well from their harrowing ordeal, but Rick is concerned that the TSA’s resources have taken a blow due to this exceptionally large rescue mission.

“I don’t think the word overwhelming comes close to describing what the Turtle Survival Alliance is dealing with here,” he explained in a TSA press release.

Responding To A Crisis “We were already caring for 8,000 tortoises in Madagascar. Now that number has more than doubled overnight. We are in ‘an all hands on deck’ mentality right now,” he added. But the TSA was prepared to face such a situation head-on.

“Fortunately, due to our strong relationship with the zoo community, the TSA is well-positioned to respond to crises such as this,” he said. “The support we continue to receive from the global conservation community has been incredible. And we are extremely thankful for the multitude of individuals and organizations that have come forward with donations and supplies,” Rick Hudson added.

“Yet, the long-term financial impacts on our Madagascar program is potentially crippling.” But who is responsible for the poaching of over 11,000 radiated tortoises? Fortunately, the Madagascan authorities arrested three people in connection with the house filled with tortoises. But these people were merely following orders from someone above.

“We don’t know exactly who the big person is, but we know there’s a big boss, Soary said in an interview. Unfortunately, selling exotic wildlife is a big business. But there is some good news from TSA. And the TSA still plans to send more teams to Madagascar to help out with the remaining radiated tortoises.