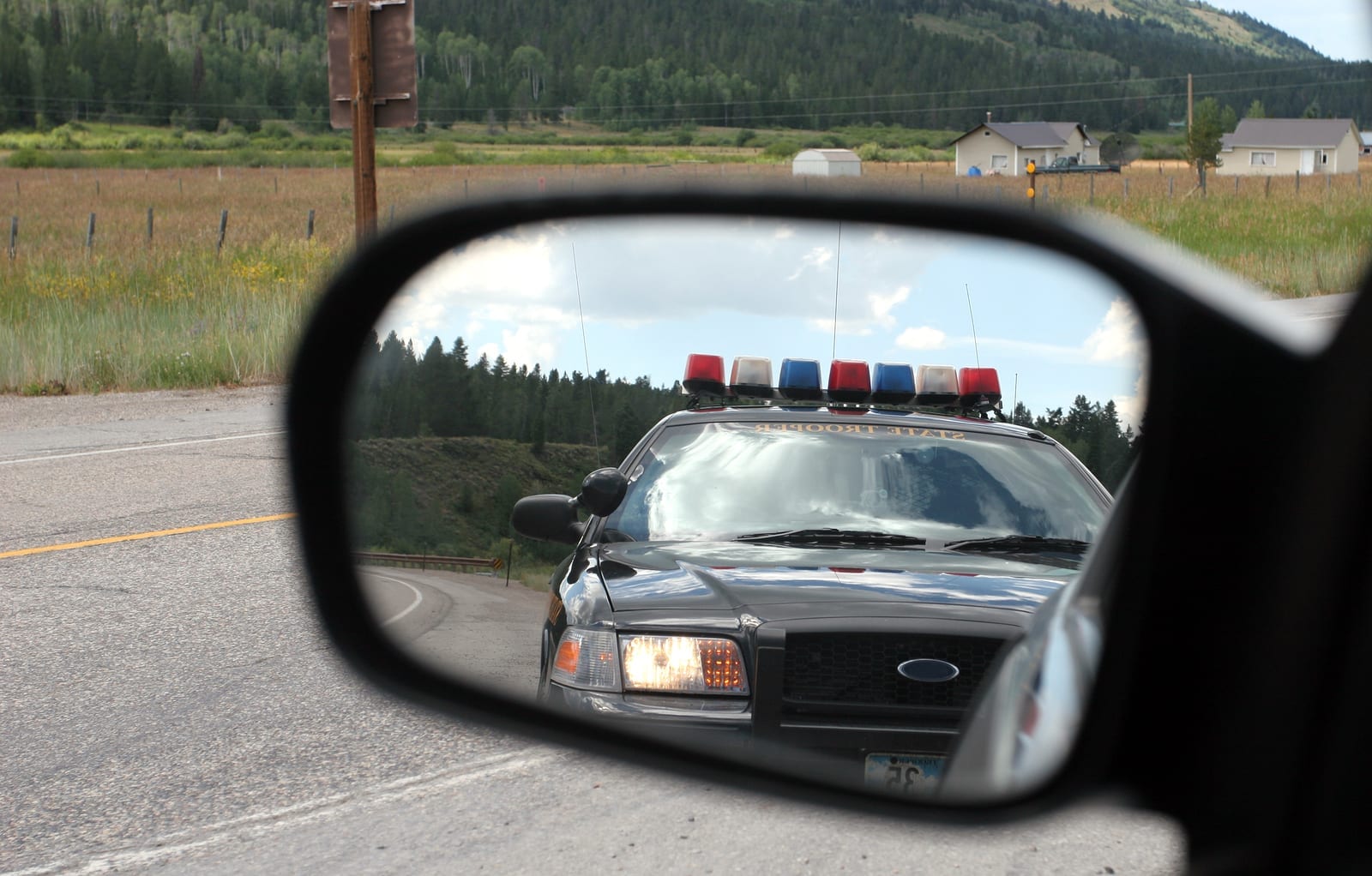 Nothing can strike fear into your heart like seeing the unmistakable blue and red flashing lights of a police car flagging you down. Your mind races with all the possible things it could be for.

Had you been speeding? Perhaps a taillight was out? Pushing the terror down, you smile your most innocent smile and prepare to talk.

One Way To A Ticket

Once you have made your way to the side of the road there is little chance of you leaving without a ticket. But this wasn’t the case for William Jazwinski at all.

He was a war veteran, just minding his own business while driving down the road when suddenly he was pulled over for no good reason he could think of.

William grew up in Somers, New York and studied at Arlington High School. Since he was a boy he had wanted to serve his country and dreamed of becoming a sergeant one day. He expressed his desire to join the U.S. Army when he was only ten years old.

Naturally, his mother was concerned. And she had every right to be.

William’s chance to fulfill his dreams came in 2003, during the Iraq war. He was among the 177,194 troops who were sent to into the war zone. Leaving his girlfriend, family, and indeed his entire life as he knew it behind, he prepared for the worst.

His family waited for him, praying that he wouldn’t be one of the 4,000 who never made it home.

Thankfully, William was sent home after just a year of service. But he returned a changed man. The things he had seen in the war made such an impact on him that he just couldn’t resume his normal life.

His family convinced him to seek counseling, and it seemed to be helping — at first. But William just couldn’t shake the shadow that seemed to follow him everywhere he went.

That is, until a strange encounter on a lonely road gave him the jolt he needed.

After his last lackluster counseling session, Williams began the long drive home to his home in Lefors, Texas. With his eyes on the white line, he put his body into autopilot and let his mind wander. He was thinking of his daughter at home, and his wife. If it weren’t for them… well, he didn’t even want to think about that.

That’s when he registered that the car behind him had been following him for some time now.

His eyes flew to the odometer and he breathed a sigh of relief when he saw that he wasn’t traveling over the speed limit by mistake. And he had checked that his lights were in working order the previous day, so the police had no reason to be following him.

Perhaps he was just being paranoid, he reassured himself. But the little voice in his mind egged him on, just to be sure.

William saw his opportunity up ahead and indicated at the last possible minute. He quickly geared down and turned off onto a quieter road, watching the cop car intently in his rearview mirror.

Sure enough, the car came into view again over the rise. He knew he was being followed. Any minute now, he knew he’d hear the warning siren he had been waiting for. But what followed only unnerved him more.

William’s nerves were fraying and he was starting to panic, waiting for the siren that never came. From his years of military training, he knew that knowing what’s coming is less nerve-wracking than the waiting.

Five minutes passed, and still nothing. No speaker, no sirens — just him and the cop car following him silently on an empty road.

Suddenly, he saw the flash of blue and was almost relieved. That was the sign. The cop wanted him to pull over, which he’d do. Then, he’d go through the motions. License presented, some chit-chat, and then he’d be on his way. Or so he thought.

William, slowing and pulling onto to the verge, had no idea that this strange encounter was about to become a lot stranger.

Willaims’ day began to get a little weird when he rolled down his window to ask the officer outside what the matter seemed to be.

And when the officer said that he actually wasn’t in any trouble and hadn’t done anything to break the law, William noticed that his eyes had moved to the dashboard of his car — coming to rest on something they both held dear.

He Served His Country

William was a former Heavy Wheeled Vehicle Operator for the US Army. He also served in Iraq. So when he saw that the police officer was looking at the American Flag that he kept there for remembrance, he never expected what happened next to unfold.

It began with the officer simply wanting to give thanks, but it became so much more.

After the usual chit-chat, the officer final opened up about why he was so grateful to the war vet. He began by asking about Williams’ time over there and slowly it unfolded.

The story that the unnamed officer told him had a strong connection to everything that William had been through. And soon William would know everything.

Too Much To Handle

The veteran prominently displays two symbols from his time in the military on his car, one is an Army sticker on his bumper and the other is the American flag which the officer had been drawn to.

It was the sticker that alerted him to who was driving the car. Only then could he see who was inside. Who he saw astonished him, it was almost too much for him to bear.

William told the officer a bit about his trip, “I went to Iraq. I did a 15-month stint out of Ft Benning.” And that’s when everything started spilling out.

The officer, in turn, told William some news that was still haunting him to this very day. And seeing William only brought up more unresolved pain.

“My son went to Iraq. He didn’t make it home.” Knowing the pain and having been there first hand, William offered his condolences and, also, his help.

“I’m so sorry to hear that. I just finished a PTSD program.” PTSD is short for Post Traumatic Stress Disorder, something not uncommon among military men and women.

They Both Had It

“I see you have a flag in the truck. The one we got for him! It’s at the house,” and just like that, the officer asked him a question, or a favor, that William simply couldn’t refuse.

“Can I ask a question? “Would you mind stepping out and receiving a hug? You remind me of my son. You look exactly like him!”

“When I pulled you over it was because you looked so much like him. I thought you were my son. I still don’t believe he’s gone most days,” the officer said with tears in his eyes. So did William hug the officer?

You had better believe it, according to his Facebook post it wasn’t just any old hug either.

‘With tears in both our eyes I got out and hugged that man. I’m talking about for a minute or two crying. Down to our knees crying. I needed that,’ William wrote.

Both men seemed to release some grief… With a total stranger. At that moment, William felt himself let go of something that he’d been holding onto for so long.

It was as if the hug from the policeman had dissolved William’s fears and trauma. He almost felt it evaporate and rise up into the ether as both men stood on that empty road, hugging and crying.

It was exactly the release he had needed. It was that heartfelt moment of human contact with a total stranger that had healed his PTSD far more than any counseling session could.

He couldn’t wait to go home to his wife and daughter and tell them everything.