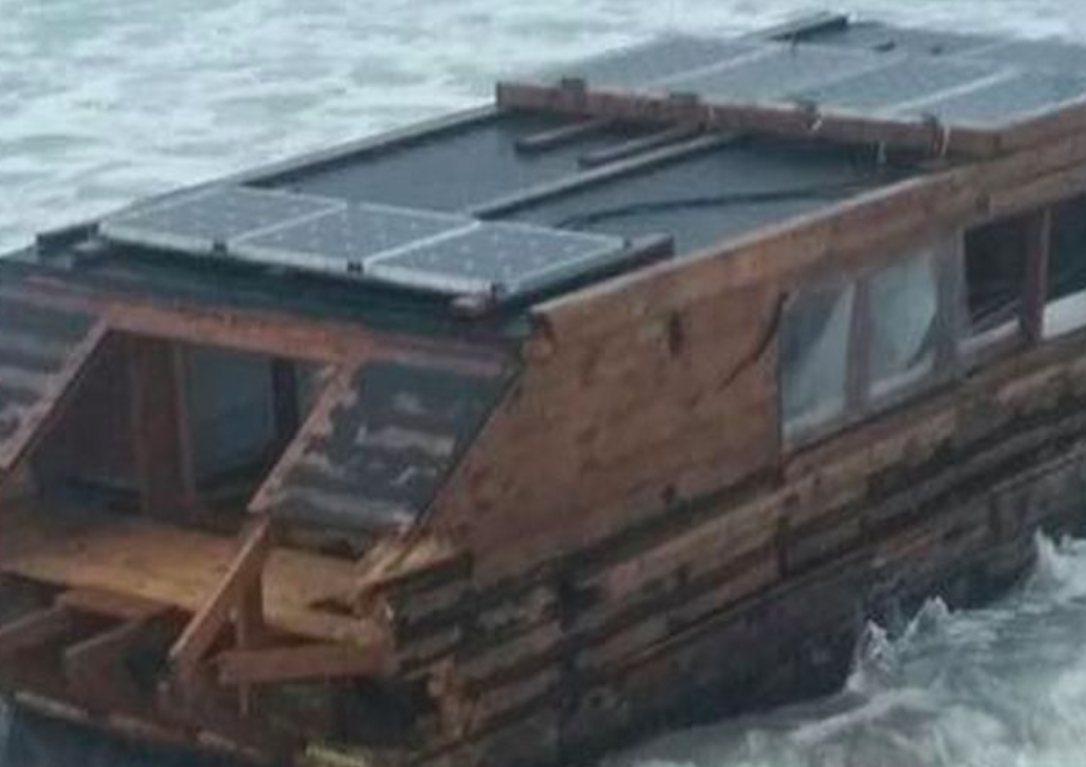 He had seen many strange things floating in these waters, but he’d never seen anything like this before. Scrambling to investigate before anyone was put in danger, he saw the unfamiliar shape bob into view through the mist.
Sure enough and just as he’d feared, it was headed straight toward the shoreline. He needed to do something – and fast. 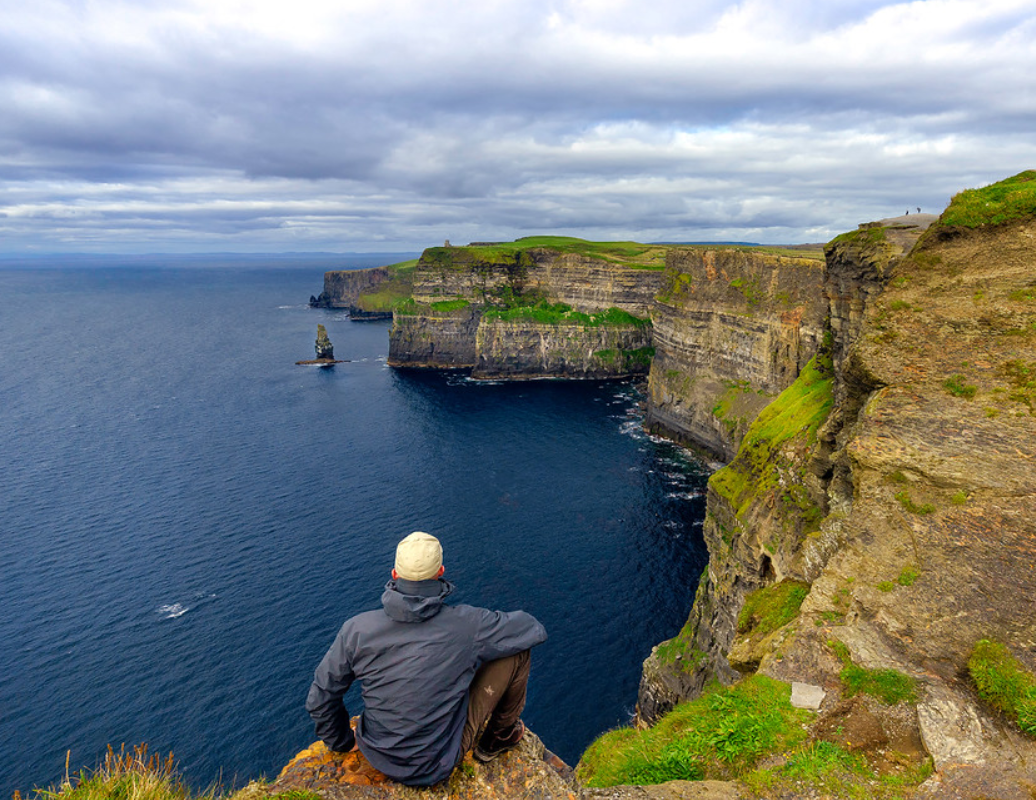 With its breathtaking cliffs, rolling green hills, and spectacular views of the Atlantic, the Irish coast is a sightseer’s heaven. But on one chilly morning, tourists and locals alike were all surprised to spot what seemed to be a completely alien vessel floating near the coastline of Mayo County.
Little did they know, it brought an eerie message with it. 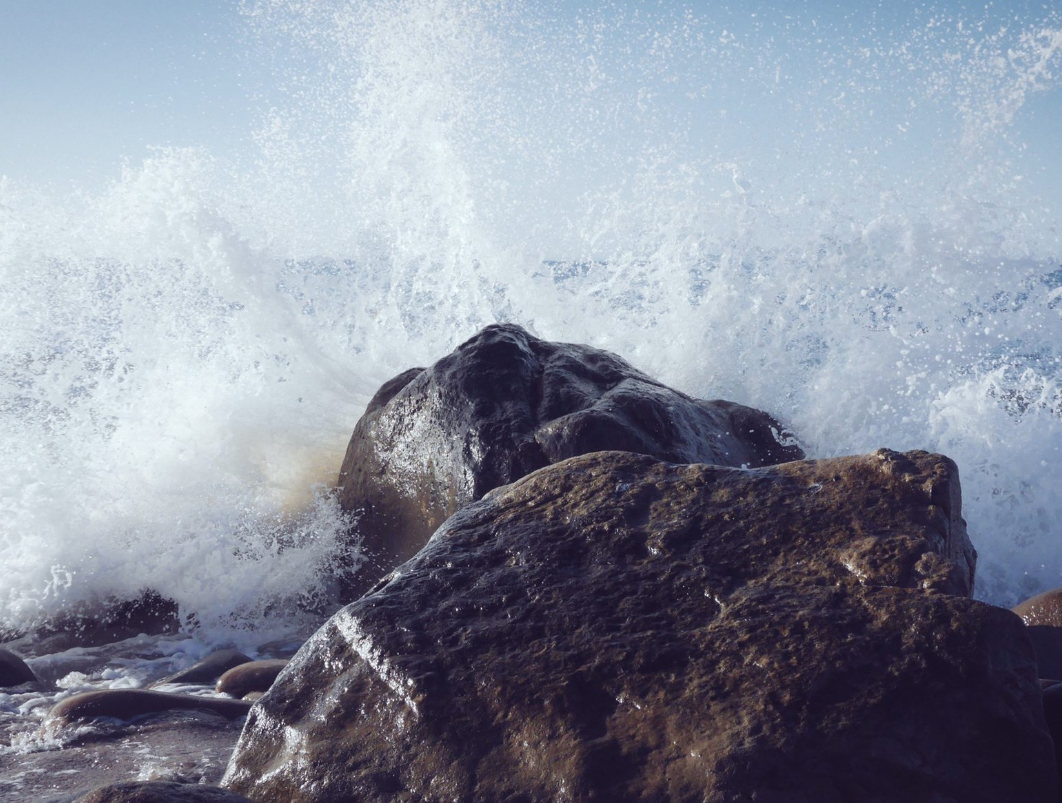 The peculiar object bobbed with the current, and its trajectory was soon apparent to all the onlookers who had gathered to gawp and gape on the shore. It was soon clear that the strange vessel was being swept along with the current with no purpose or objective.
That’s when witnesses decided that it was time to get the authorities involved. 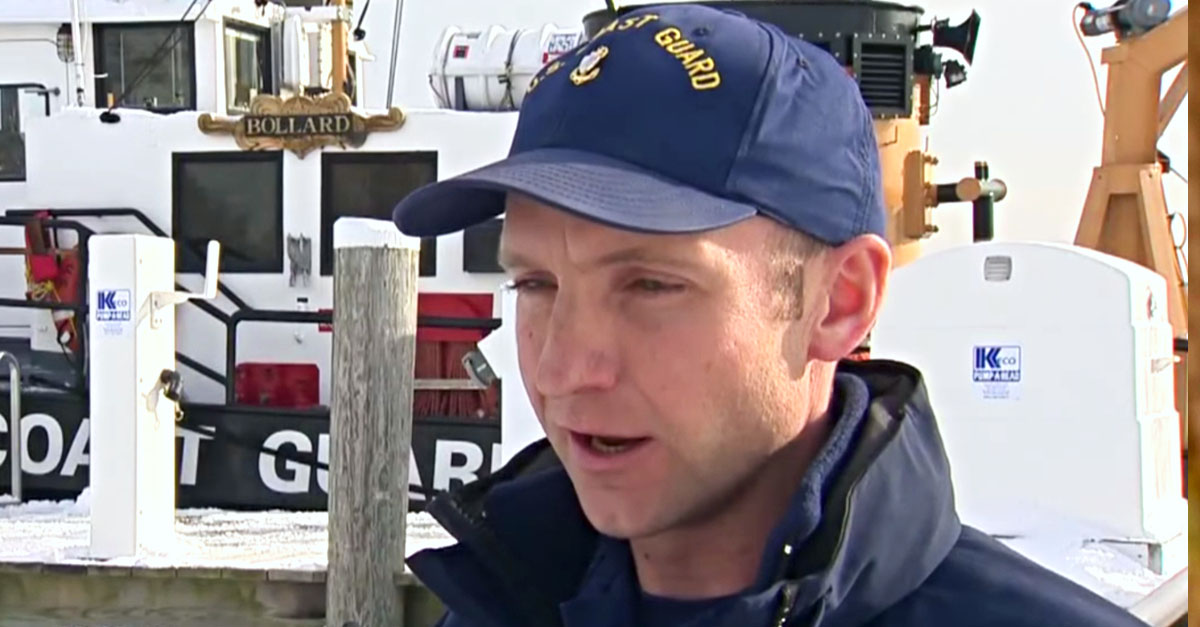 Coastguard Greg Watt was on duty the morning he received the strange call. Immediately rushing to the scene, he saw the mysterious object in the distance, slicing through the fog as it drew closer. Whatever it was, it was huge.
But when he got a closer look, he couldn’t believe his eyes. It was definitely a vessel of some kind – he only hoped that there weren’t people onboard. 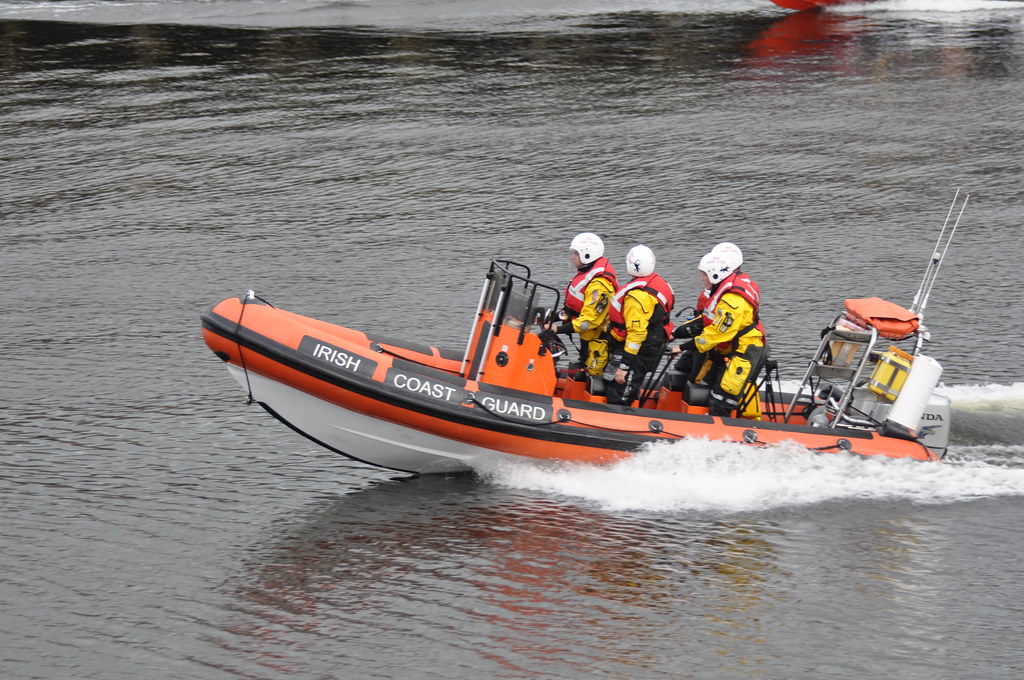 Drawing nearer, the coastguards immediately knew something was wrong. The strange object wasn’t shaped like any boat they had ever seen and looked like it had no business being in the water, let alone in the middle of the ocean! But why was it here? And was anyone on board?
Floating alongside the object and calling into the megaphone, Greg couldn’t shake the feeling of doom that washed over him when there was no reply. 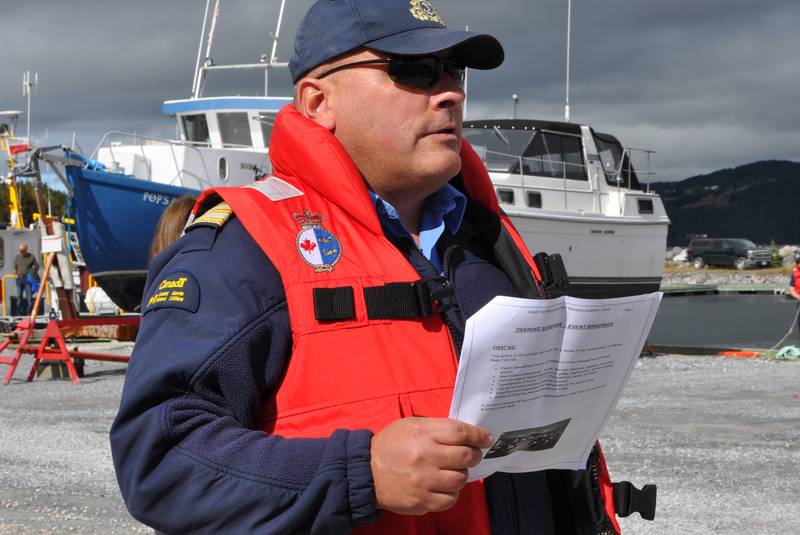 Silence greeted Greg and his team. After a few uncertain minutes, they climbed aboard and readied themselves for whatever lay inside. But what they found left them with more questions than answers.
But now wasn’t the time to hesitate – a wind started to blow, and with it came waves that threatened to blow the whole vessel apart. The Irish Coast Guard hitched their boat to their strange sea find and carefully pulled it to the shore. Now that they were immediately out of harm’s way, they could investigate the mystery further. The boat looked like it had been lived in.
Greg imagined what could have happened to the boat’s eerily absent crew and a chill worked its way down his spine. Where had the strange boat’s passengers gone? And why had they been riding the open sea in such a strangely shaped vessel? The craft looked more like a caravan than a boat, and all who saw it were surprised that it had remained buoyant at all.
Greg admitted later that it was the single strangest thing he had ever come across… that is, until he found the note that was hastily scrawled inside. “The shape, itself, is very unusual, because of the size of it. I initially thought it might be a caravan,” one of the coast guards explained. Then, he added that the boat was, however, “inhabitable.”
Written on the inside wall in black permanent marker was a name. And it was this new piece of information that led the authorities right to him. 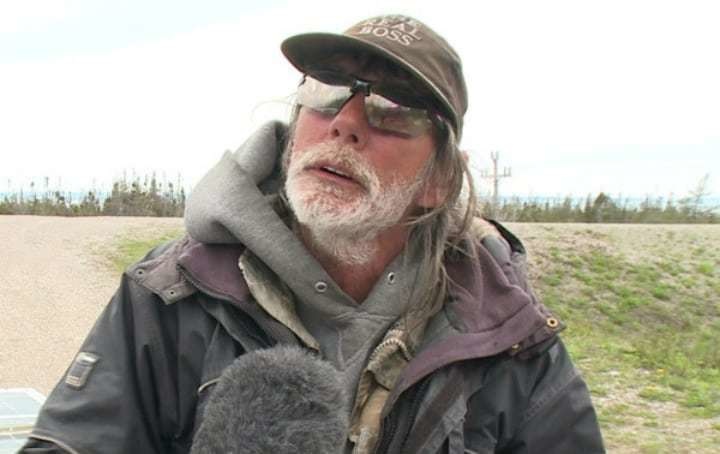 Ontario resident Rick Small was notorious in his home town of Thunder Bay. And even though he was situated on the other side of the world, the residents of the sleepy seaside town of Mayo County were about to be rocked by his exploits, too.
You see, Rick had a rather unorthodox view of the world and was known to be quite eccentric. Greg researched Rick Small in hopes of getting to the bottom of the mystery. He searched high and low for any mention of the man and was more than intrigued when his search led him all the way to Canada.
It turned out that Rick had been an advocate of alternative energy sources, and he was more than outspoken about environmentalism. Rick Small even made headlines in his home country of Canada when he constructed a completely solar-powered bike and rode it from British Columbia all the way to Newfoundland.
His next big project was building a completely self-sustaining vessel that he planned on living in on the waters of the Foxtrap Marina. But he had bigger ambitions for his houseboat… Rick not only wanted to live in his houseboat, but he wanted to sail it, too! His goal was to travel from Newfoundland and cross the Atlantic, eventually arriving in Ireland. He began by building the strange 20-foot vessel out of lumber and polystyrene.
But would his unique vessel stand up to the crashing waves of the Atlantic Ocean? Rick called up the Canadian Coast Guard and disclosed his mission, but naturally, they were concerned. They were worried that Rick’s houseboat wouldn’t be able to make the journey and advised him against it.
The houseboat should have stayed at Rick’s home base in Canada, but here it was – halfway across the world. But where was Rick? The authorities immediately feared the worst – that Rick had perished at sea, or worse. “Something must have changed drastically for this to happen,” said Foxtrap Marina member Rodney Mercer.
“He had a clear idea what he was building and what he wanted to do. [I was] surprised to see it set adrift with that note.” The note read: “I, Rick Small, donate this structure to a homeless youth to give them a better life. No rent. No mortgage. No hydro.” Soon, people from all over were swarming to the coast to see Rick’s amazing vessel for themselves.
Eventually, so many people gathered that the authorities had to remove it from the shore. Irish authorities placed it in storage in hopes of Rick coming to reclaim it. But one mystery still remains… Since his solar-powered houseboat was towed to shore off the Irish coast of Mayo County, Rick Small’s whereabouts still remain unknown. Locals claimed that the boat disappeared from the harbor in Canada and nobody has seen Rick Small since.
Although he is known to disappear to live off the grid from time to time, many wonder whether he was on the boat when it sailed across the Atlantic. Rick Small’s houseboat gained so much attention in Ireland that quite a few companies wanted it declared a local landmark.
And because it was a selfless gift to the town’s impoverished, the story of the houseboat arriving in Ireland and the man behind it has become the stuff of legend. Rick’s message was simple. The boat had somehow drifted all the way from the Canadian island of Newfoundland for more than 2,0000 miles to the Irish coast near County Mayo. And Rick Small had intended for his innovative vessel to serve a double purpose.
He had wanted to inspire other people to explore solar energy as a viable alternative to carbon-based fuel. Ireland is no stranger to having strange things wash up on its shore – but coastguards on duty and the townsfolk had never seen anything like Rick Small’s solar-powered houseboat before!
Wherever Rick is, we know that his amazing determination — and the spirit of his gift — will live on for years to come.
Must Read
Early Human Migration To The Americas Now Linked To Climate Change
Can Science Bring Back The Dodo Bird? One Lab Thinks It Can
Human Geneticists Finally Apologize For Horrific Past Experiments On Humans