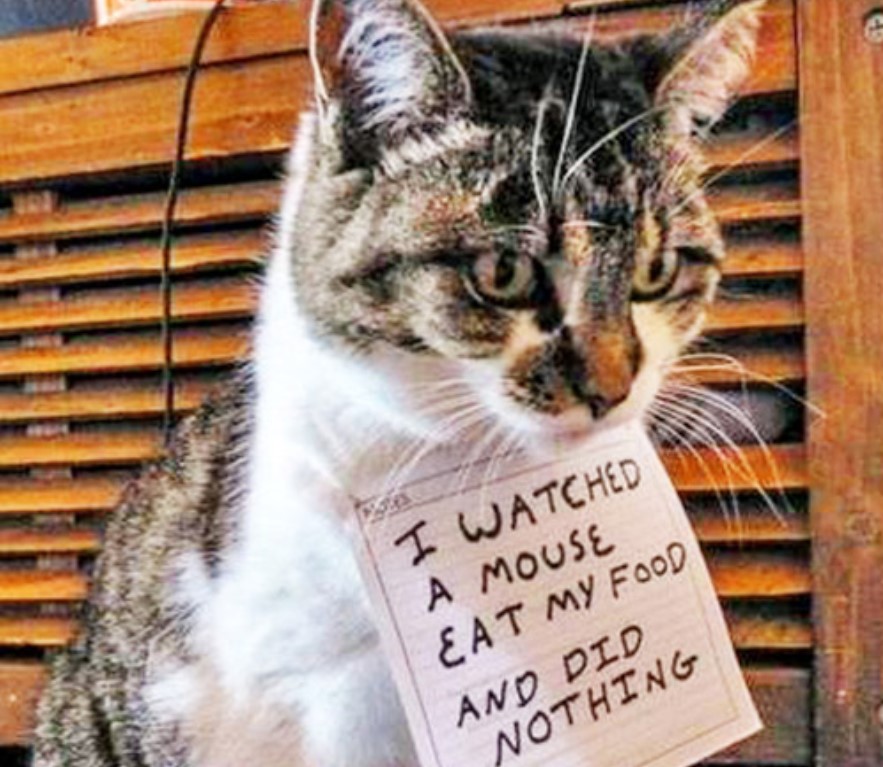 Cats are well known for their hunting skills, but I suppose they are equally well-known for their ability to not give a fig.
Also, sometimes they can be downright lazy. 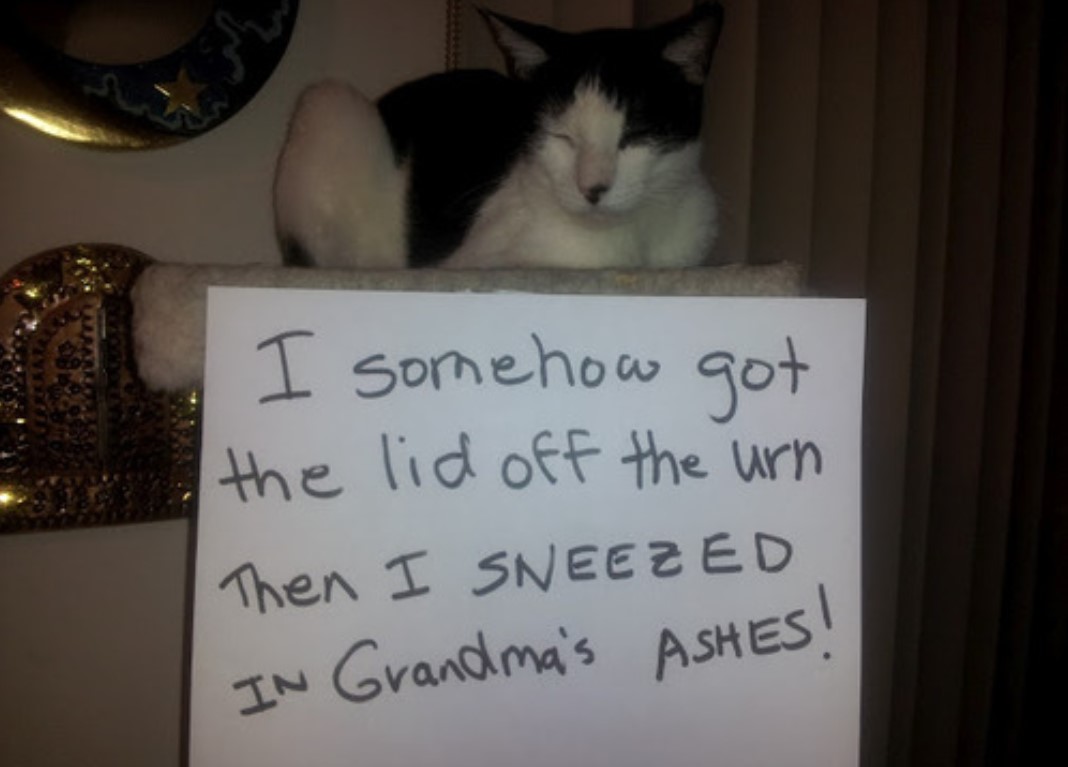 We’ve all had that cat that can escape any room, open doors and generally be pretty dexterous, but open a sealed box of grandma’s ashes has got to take the cake.
Bet it didn’t smell that good.

Cats Will Be Cats 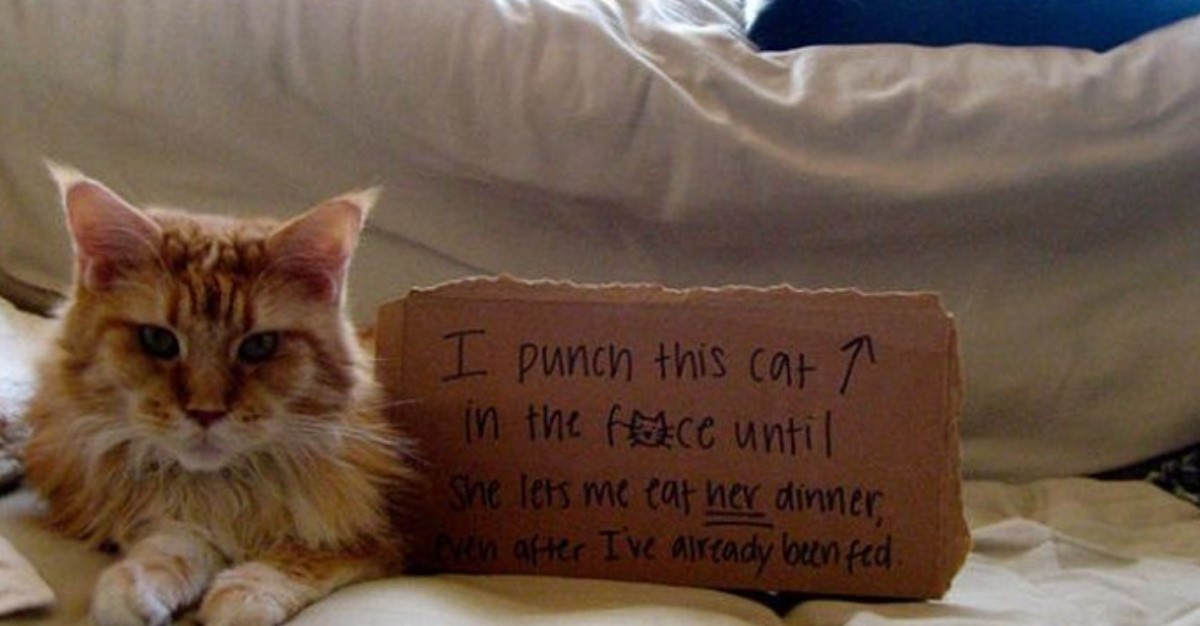 Some cats can be downright mean and grumpy.
I suppose they don’t get to choose their other animal companions so it goes without saying that family feuds can break out from time to time. 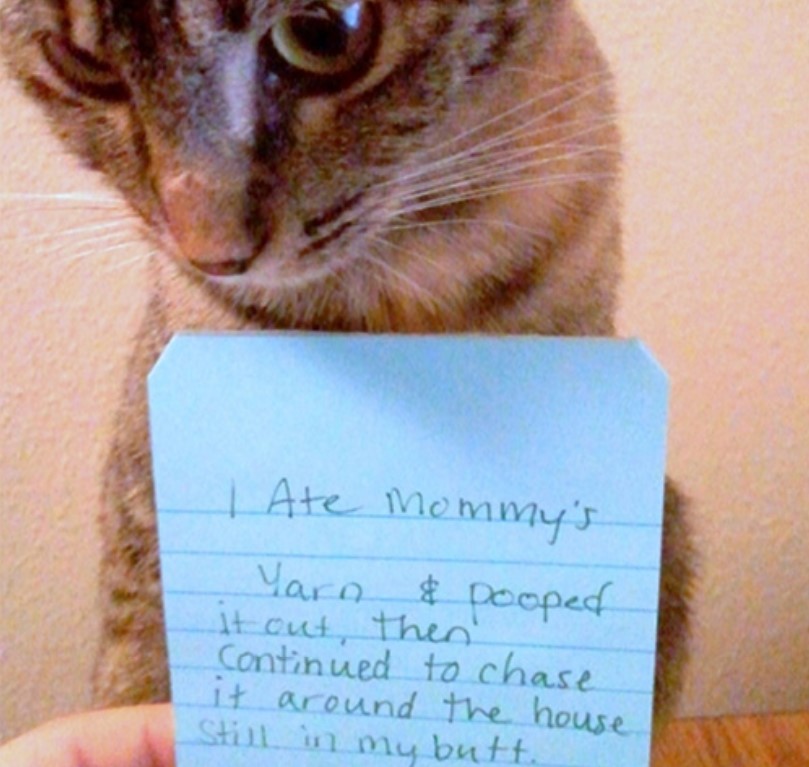 Ah, cats and wool. A cartoon classic. Except someone should have told this kitty that eating a ball of yarn might have some awkward consequences.
We can only imagine the chaos that ensued when the yarn had to exit the kitty. 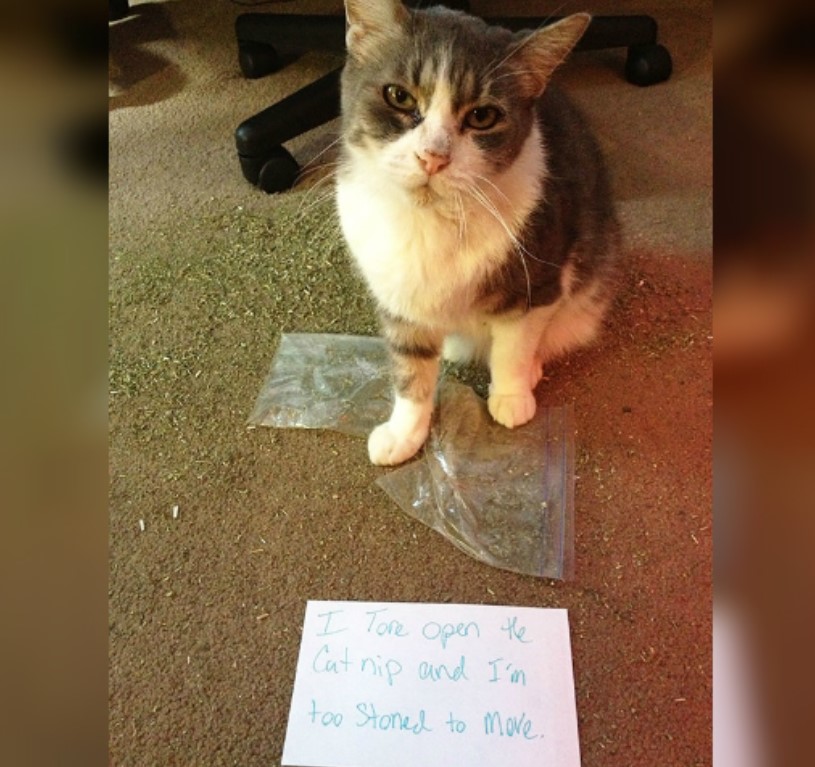 I have a few ‘nip fiends running around my home and it’s true! If the can, they will get into the ‘nip.
This poor kitty looks like he might have the munchies… when he can walk again. 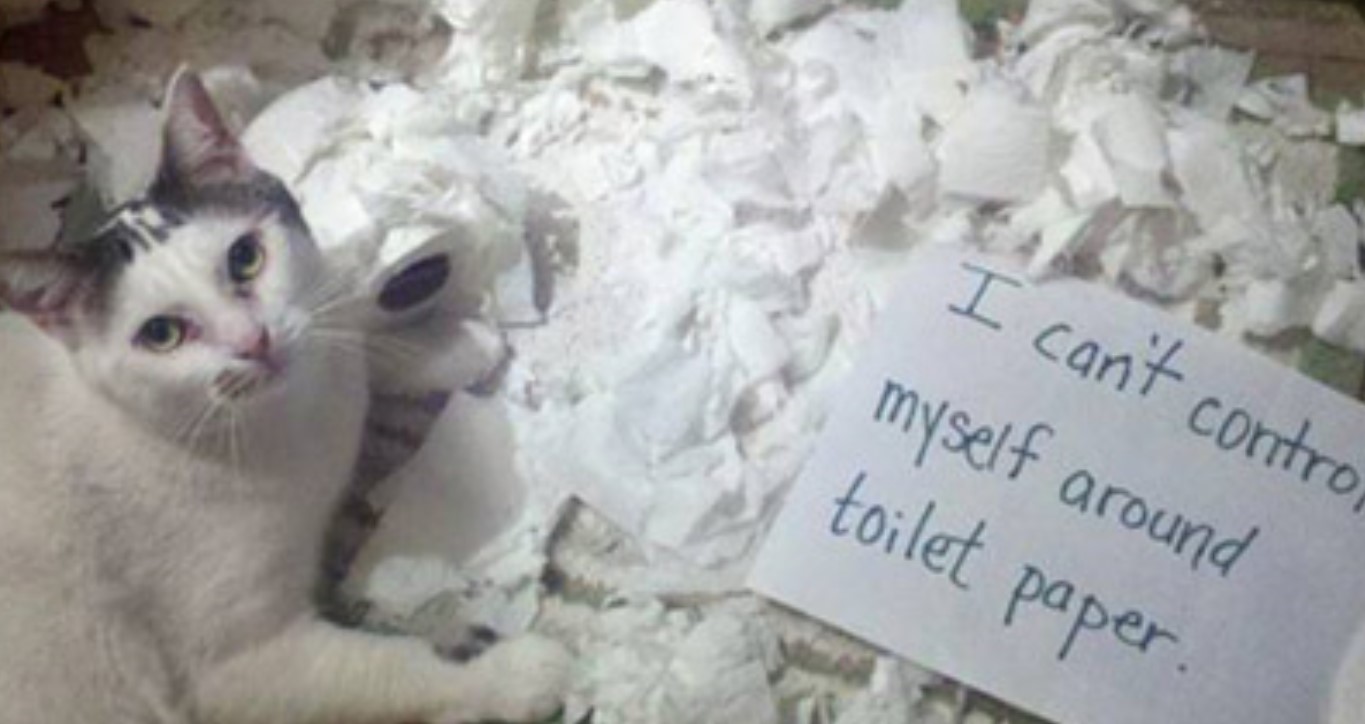 No toilet paper is safe in a house with a cat. There is something that they simply cannot resist about a clean, fresh roll of loo roll.
Not until the entire roll has been redecorated onto the bathroom floor. 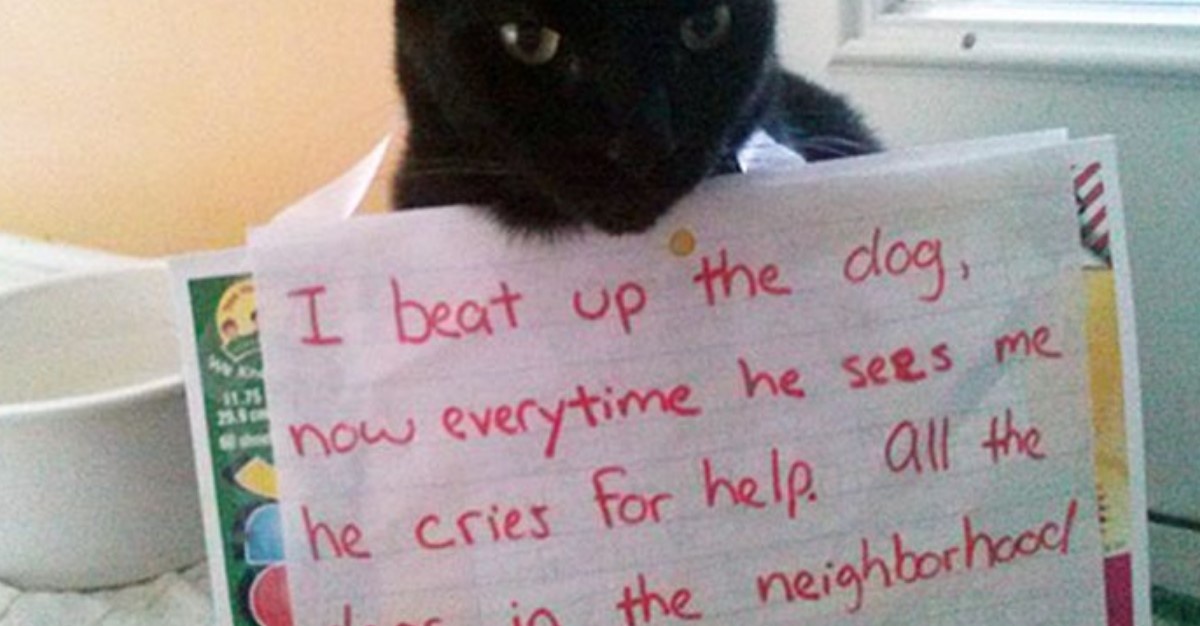 What a fearless black panther. This kitty clearly doesn’t know he is a domestic house cat!
I bet the dogs hardly know what to do when this mean kitty come to the yard. 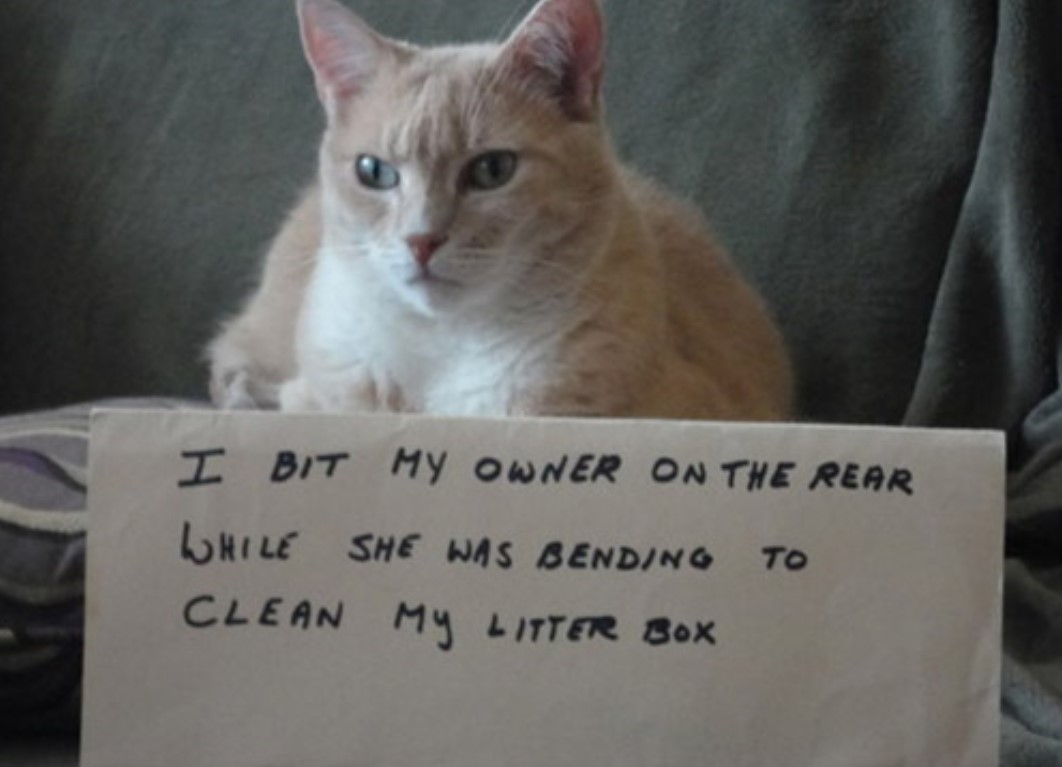 Truly the king of the house, this cat was merely trying to inform his slave that her efforts to clean the litter tray were not going quickly enough.
She should have known to do a better, quicker job!
Must Read
Three Indigenous Tribes In The United States Will Get $75 Million For Relocation Due To Climate Change
A New Supercomputer Simulation Animates An Incredibly Accurate Look At Universal Evolution
Genome Studies Manage To Find A New Branch Of Fungal Evolution