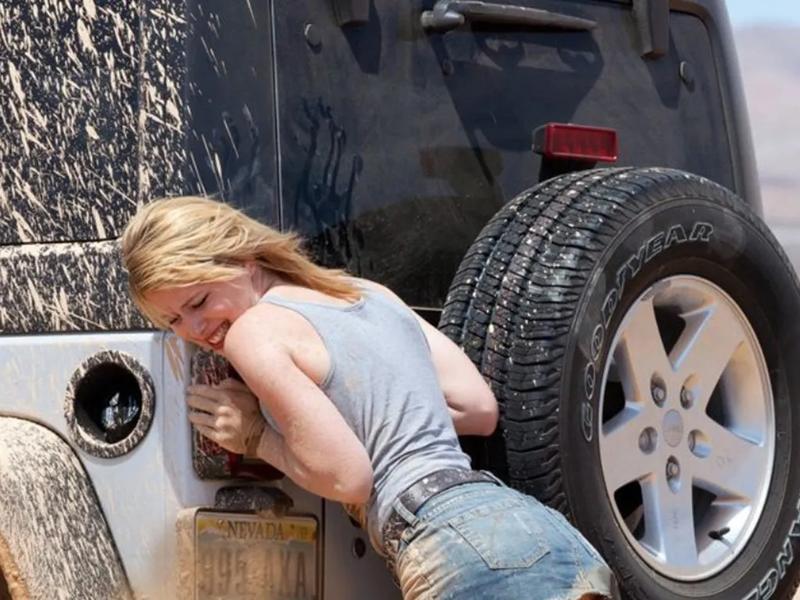 When it comes to cars, sometimes cheap isn’t the best option, or sometimes it’s a factory defect that you can’t help. Either way, this has caused a lot of trouble for a lot of drivers around the world.

With so many car makers and manufacturers out there, there are bound to be some mishaps with some models. They could have been built 50 years ago or 5, it doesn’t matter, they just don’t work as intended.

So the Dodge La Femme was based on a Dodge Royal Lancer model and was marketed to women. They didn’t seem to see the issue at the time.

They finally saw their mistake after two years and pulled it from production. Turns out marketing something to half the population isn’t a good idea.

Made for only 4 years. The Chrysler Crossfire sold relatively well but it had a lot of flaws that people couldn’t look past.

One driver’s problem with the car sums it up perfectly, “check engine light has been on since the day I got the car.”

Even though the Saturn Ion brought back fond memories, its heavy use of plastic means that it ends up feeling cheap and tacky. People were not impressed.

It did so poorly that in 2010 the company went under and General Motors had to stop making the Saturn Ion.

With the car being eight feet wide and only being able to drive at a top speed of 87 mph, it’s no wonder no one wants to buy one.

The Delorean is the most iconic bad car in history. Although it looked like a futuristic sports car, it didn’t have very much power behind it.   Here’s an iconic car, which is ironic because of how awful it was. The Delorean looked cool but had many problems.

The biggest problem was power, the car took 10.5 seconds to reach 60mph. That’s worse than some semi-trucks today!

This little hatchback looked great when it came out in 1984. It debuted at the Los Angeles Auto Show and it got a lot of attention.

But the problem was that customers weren’t reading the owner’s manual that told them they had to change the interference engine’s timing belt every 40,000 miles. This caused accidents.

The Edsel Corsair looked out of fashion in the ’50s. But that wasn’t the only problem that it had, far from it.

The buttons on the steering wheel often malfunctioned which meant the car would change gears when you meant to change the radio, big problems, right?

But a terrible health and safety issue was that the car would burst into blames if it was collided with.

The Z3 is best known for being a Bond car in “GoldenEye,” the 1995 Pierce Brosnan film. But, judging it by its abilities left many people underwhelmed.

It managed to sell well after the release of the movie due to its style alone, which later left many drivers feeling cheated.

The SSR was a unique vehicle in too many ways. It was styled like a ‘60s sport car, despite being manufactured from 2003 to 2006.

And it was basically a convertible pickup truck, which, along with its high price point, didn’t make customers excited to buy it.

The style of this car was enough to make customers uneasy. Most convertibles are long and sleek, but the PT Cruiser was somehow both bulbous and boxy.

Its performance ratings were also low, so this early 2000s car never stood a chance.

The Jaguar X-Type wasn’t enough to live up to the Jaguar name, but it was produced for eight years between 2001 and 2009.

Because of its small size it just didn’t convince customers that it was worth the price of the Jaguar name.

The longer this compact car was driven, the more that customers realized that it wasn’t worth the price.

The Excel initially attracted customers with its low price tag, but despite the fact that it sold over a million units, construction problems were too big to overlook for long.

The Aztek was designed to cater to adventurous drivers who loved the outdoors, as was made apparent by its trunk which could be converted into a tent.

These features did little to attract customers and ruined the look of the vehicle, making many drivers not consider it a viable option.

The Jeep Liberty, which was in production from 2002 to 2007 had some significant problems which drivers soon found out that they could not overlook. By the time the vehicle reached 100k miles, the engine would need some serious repairs.

That is, if the driver wasn’t already dealing with the transmission issues and leaky drive shafts that were also commonly reported.

A lot of bad cars were made in the ‘70s, and the Mark IV is definitely one of them.

The heavy body of this car made it slow and difficult to drive. And in the end it just wasn’t the best Lincoln Continental on the market.

The early 2000s Hatchback was cheap for a Mercedes-Benz car, at just $24,950, which might have actually hurt sales.

It didn’t exactly encourage its usual clientele to buy, and the hatchback design didn’t inspire new customers either, making this car a total dud.

This ‘70s car had some major mechanical problems that caused the engine to stop holding oil after around 100 miles, which was absolutely disastrous for drivers.

The bumper also rusted quickly in wet or cold climates, so its popularity was very short lived.

The Eagle Premier was both ugly and difficult to drive, which made it one of the worst cars of the ‘80s. Its boxy exterior and bland interior didn’t inspire any new drivers and its drivability, arguably the most important factor in a car, was as bad as it gets.

The Premier had trouble turning and accelerating, causing a lot of disgruntled drivers.

This ‘70s car might be one of the worst ideas the car industry has ever had. The Reliant Robin had only three wheels, which actually made it very unreliable when making any turns whatsoever over 15 miles per hour.

Maybe it was cheaper to build and replace the tires of, but it failed in every other way.

The only interesting feature of this car is its gull wing doors, which were still fun to marvel at in 1974.

But, its clunky exterior made it too heavy and its only redeeming factor is that it looks kind of cool. It didn’t even live up to its name of “SV,” which stood for “safe vehicle.”

The Catera was instantly a hit among Cadillac fans until it was found out that many were installed with faulty oil coolers that resulted in timing-belt issues that sometimes lead to engine failure.

This alone caused the model to only be manufactured for four years.

There is a reason that you don’t see many car/boat hybrids driving down the road or cruising through the water today, and that is because they are essentially the worst of both worlds.

The 1961 Amphicar functioned well as a car, but could only go seven miles per hour in the water.

The 1911 Overland OctoAuto is a great lesson in car manufacturing because nothing like it was ever made again, and for good reason. The over 20-foot long vehicle was equipped with six wheels and three axels.

And it wasn’t even popular in 1911 as there were no orders placed for this car back then.

The 2002 vehicle just didn’t live up to the Lexus name and while it didn’t have any major mechanical downfalls, it was a disappointment to fans of previous models.

And the $61,055 price tag wasn’t exactly an encouraging feature.