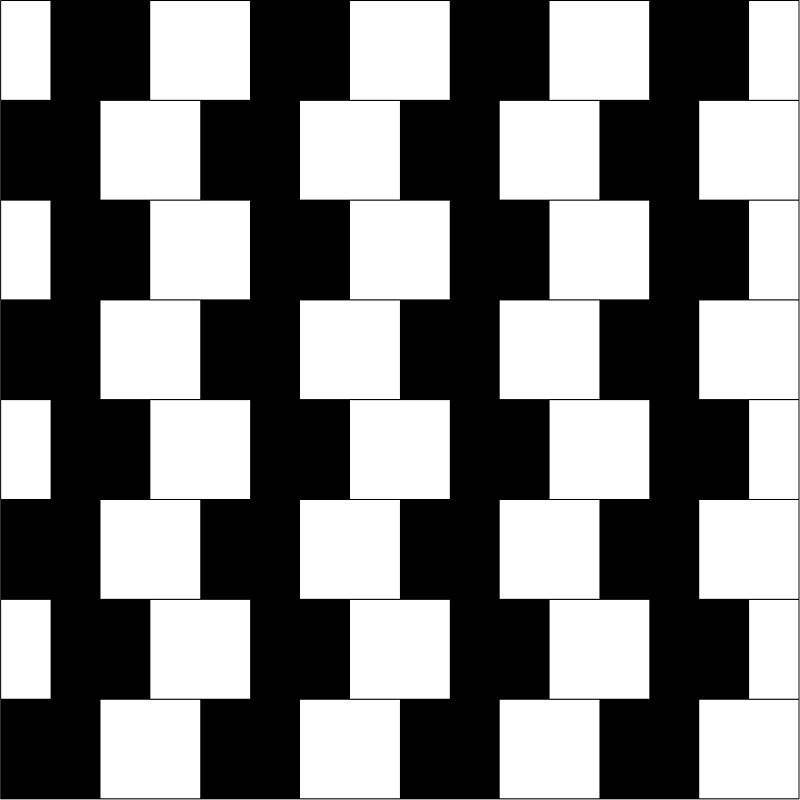 This version of the café wall illusion, produced by Victoria Skye, has the Internet abuzz.  This mind trickery is a geometrical-optical illusion in which the parallel straight dividing lines between staggered rows with alternating black and white “bricks” appear to be sloped:  but they are actually completely straight. 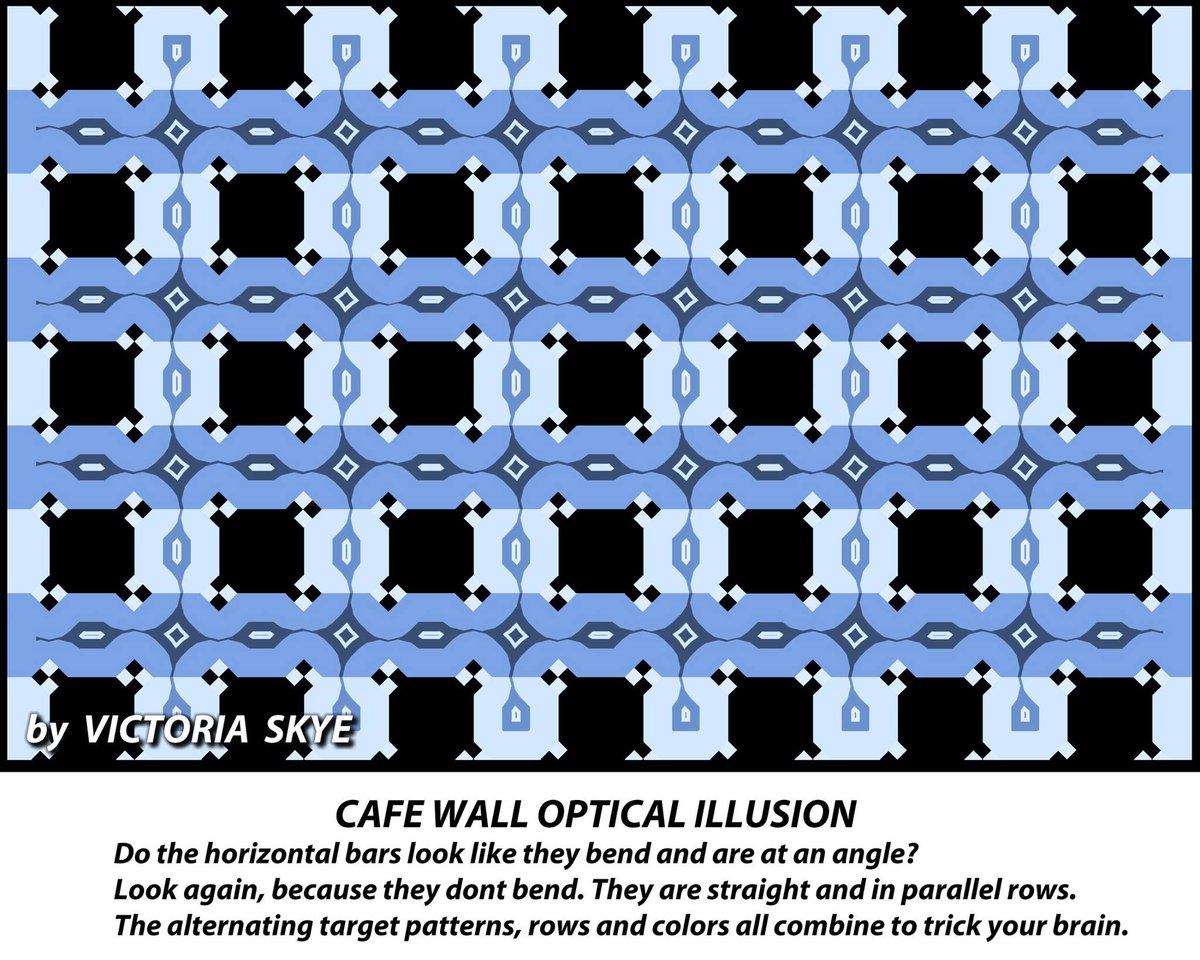 Yes, those horizontal bluish lines are straight.  If you don’t believe us, load it into image editing software and measure it out.

Or, if you’re viewing this on a phone, rotate your phone and look at the image edge-on:  you’ll quickly see they are perfectly straight.

The illusion was first described as the “Kindergarten illusion” in 1898, and re-discovered in 1973 by Richard Gregory. According to Gregory, this effect was observed by a member of his laboratory, Steve Simpson, in the tiles of the wall of a café at the bottom of St Michael’s Hill, Bristol. It is a variant of the shifted-chessboard illusion originated by Hugo Münsterberg.

The Café Wall Illusion is a variation of the shifted chessboard illusion (above).

In it’s deconstruction, the illusion was attributed mainly to irradiation, the light spread from dark to bright zones in the retinal image.  Indeed, the image disappears when black and white are replaced by different colours of the same brightness (isoluminant).

A part of the illusion remains even when all optical and retinal components are factored out. Contrast polarities seem to be the determining factor in the tilt’s direction.

We don’t really get it either… but the bottom line is that it’s a really powerful illusion that kind of melts your brain.