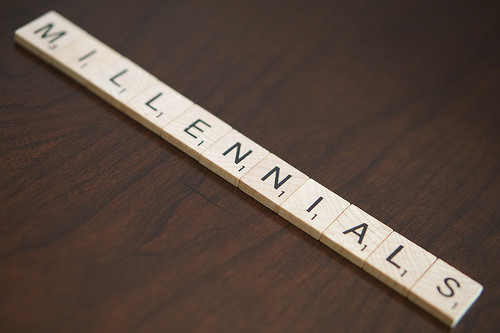 Unless you’ve been living under a rock, you’ll know that millennials are simply young people who reached adulthood in the early 21st Century. It’s difficult to categorize exactly which age groups that spans; but let’s for argument’s sake say that this demographic covers those born roughly between the early 80s and late nineties. Otherwise known as Gen Y, this lot incorporates many of the people who’ll be reading this right now. So, how are we different to Gen X who came before us? It’s not just that their hair is gray and ours is only just starting to pepper. It goes a little bit beyond that. But could you really go so far as to say our brains are actually different?

It’s All About Technology

As always, we can rely on science to give us all the answers we need. And, it should come as really no surprise to nobody, but technology plays a huge part in all of this.

Younger brains are craving multi-sensory approaches to life, and technology can give them just that. Additionally, because of this “sensory overload”, we’re better at filtering information and processing it in ways that make us ever more productive. Social sharing makes us feel good – so we’ve learned to harness that power across all aspects of life. But how have we managed to get our approach to technology to actually change our brains?

Look At The Ways Our Use Of Tech Is Manifesting

We often hear a bunch of negative stuff about how technology is destroying our brains. A study of Canadians found that the average human attention span is now shorter than that of a goldfish, sadly all down to smartphones, apparently. In 2000, we could concentrate for 12 seconds. Now, that’s down to just eight – as opposed to a goldfish’s nine.

However, all is not lost. Microsoft actually reckons that millennials have much more capacity to multitask. While they can’t concentrate for long periods, the more digital a person’s lifestyle – often synonymous in itself with being a millennial – the more they can direct their attention to multiple sources at once, and give their attention to lots of places in intermittent bursts. This is echoed by studies by the National Library of Medicine here in the US, highlighting that 79% of their respondents regularly used dual screens, using their phones to Snapchat at the same time as watching TV, for example.

This isn’t just allowing us to create entirely new past times, though. Millennials are using their new-found reliance on technology to revive hobbies from the past. When you think of bingo, a lot of people might think of the older generation. However, the emergence of online gaming has proven that all you really need to revitalize something old like bingo is a fresh new take on it. Chat rooms to mimic the obsession with messaging apps. Celeb endorsements to appeal to the cross-platform marketing norms of our century. And, of course, apps, for true mobility. Bingo is just one example of how millennials approach age-old activities with a spin of their own.

Where Will This Take The Future?

It’s not all fun and games, literally. While many of the baby boomers might criticize us for not owning houses because we eat too much avocado (yeah… really), we’re actually redefining the way we live for the better.

In our digital age, millennials are increasing connectivity. The world is becoming smaller, and as such, our possibilities only grow larger. We travel more, and we’re creating jobs which allow us to do so, too – effectively transforming the workplace. Remote working is on the increase, a work-life balance is becoming ever more possible, and soon, millennials will be in the majority at work, armed with their ever-expanding skills and knowledge.

And as the distance between us gets smaller, so too do the differences between us all. Relationships are far easier to foster in faraway places, meaning that we can now much more easily interconnect, on a global level, transcending cultures as we go.

Millennials tend to be progressive, and always looking for new ways to fix the problems of old. Only now, for the first time, they may well have the information and the abilities to explore the possibilities to make real change, at their very fingertips. Stay tuned.