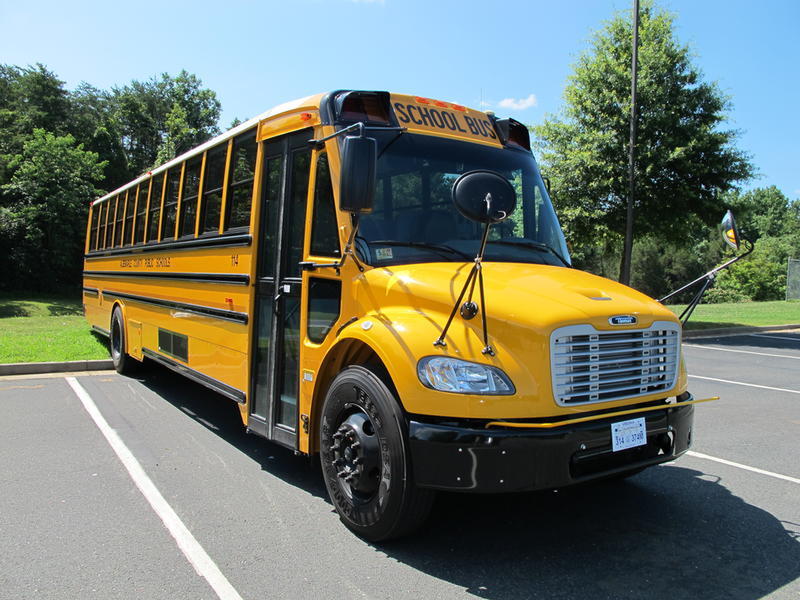 He heard something from behind his seat so he turned his head, looking to see if he could find out what made the noise. Then, he saw it and he could feel his stomach twist into a knot. He could see a small boy with his head in his arms.

Despite his best efforts, it was clear that he was upset. Tom heard the boy and could tell there was something very wrong. Then, he caught a glimpse of the boy’s face and the feeling only got worse. 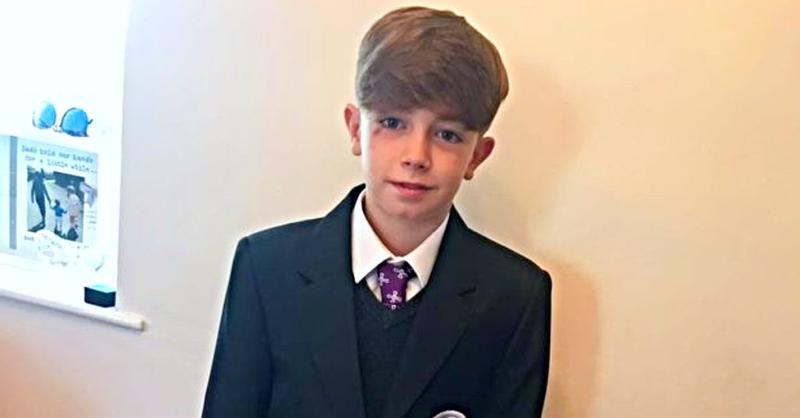 Any child can easily find it difficult to start at a new school. They have many fears that run through their mind, like how well will they fit in? Will they be late on their first day? And will there be good people to make friends with?

All of these questions can have anyone a nervous wreck, especially a child. So when Dale, a 7-year-old boy coming back home from his first day at his new school, all of his fears came true. 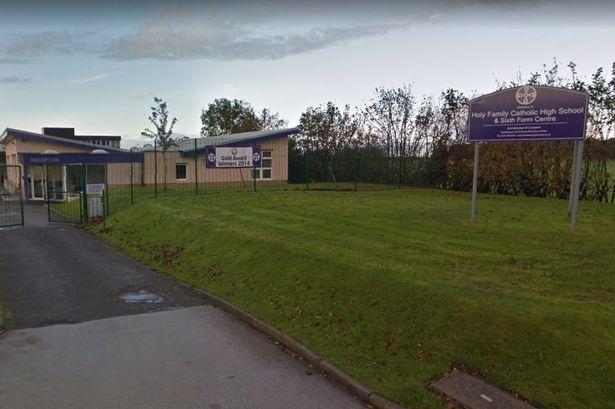 Dale had gone to his first day at Holly Family Catholic School and he felt that the first few hours were great. He tried to become familiar with the many winding corridors and strange classrooms. He even tried chatting with his classmates and teachers. He started chatting to a boy on the playground at recess.

Maybe this new school wasn’t so bad? But when the bell rang to indicate that the day was over, Dale had done something he’d regret.

Getting On The Bus 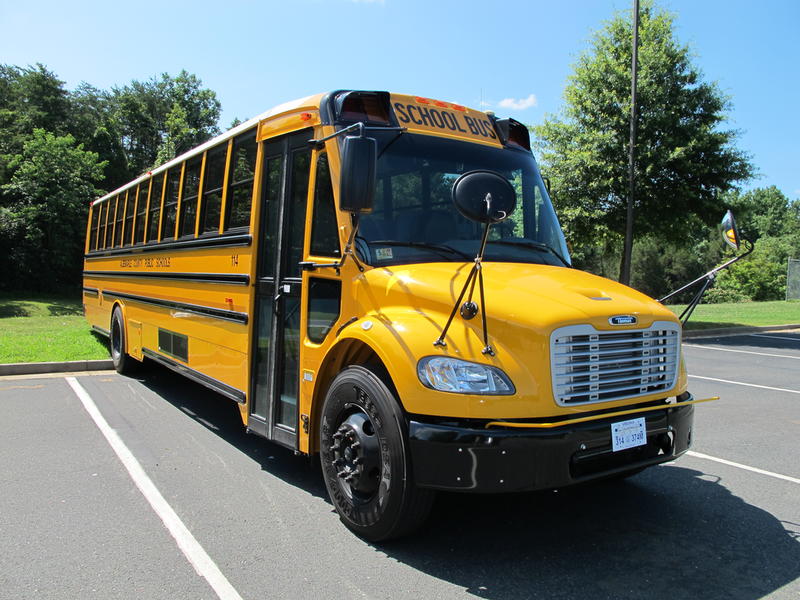 It was 3:15 when Dale got out of school. He could see longtime students chatting excitedly about how they’d spend the rest of their day. The mass of students was racing out of the doors to get home. Dale unenthusiastically walked at the back of the crowd while slowly walking out the gates.

There Dale could see the school bus sitting there, waiting for him. He had never ridden a bus alone before, but his mom had taught him what to do in every circumstance. So he thought he knew how it would go, he was wrong.

Something He Didn’t Consider 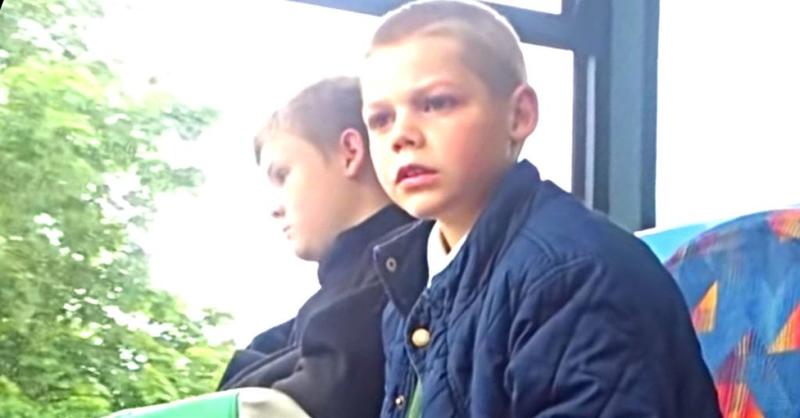 There were other students from the school sitting on the bus but none that Dale knew. He felt like all eyes were on him, so he went straight to the back of the bus. He looked out the window and started to think about getting home.

After a few stops, most of the children had left and an old man had gotten on, when he sat down he peered down at Dale. What was he doing? Dale didn’t know how things would go so wrong. 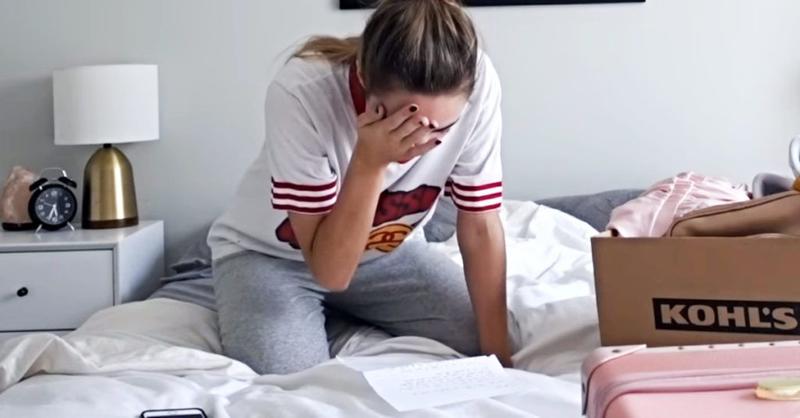 It was now 3:40 and Dale’s mother hadn’t seen any sign of him. He should have been home by 3:30. She was worried now but all she could do was make herself tea and wait. It was only ten minutes, he’d be back any minute!

She nervously stared at the clock, not taking her eyes off of it. It was his first day there but she was confident that her son could do it. But she didn’t understand what was going on.

When the clock struck 4:00, Dale’s mother couldn’t keep her nerves under control anymore. What had happened to her child? She picked up the phone to call the principal to tell that that her son still hadn’t made it home.

The school used its emergency chat group to sent a notification. It described what the boy was wearing and told everyone to keep a sharp eye out for the boy. But Dale didn’t have much time left. 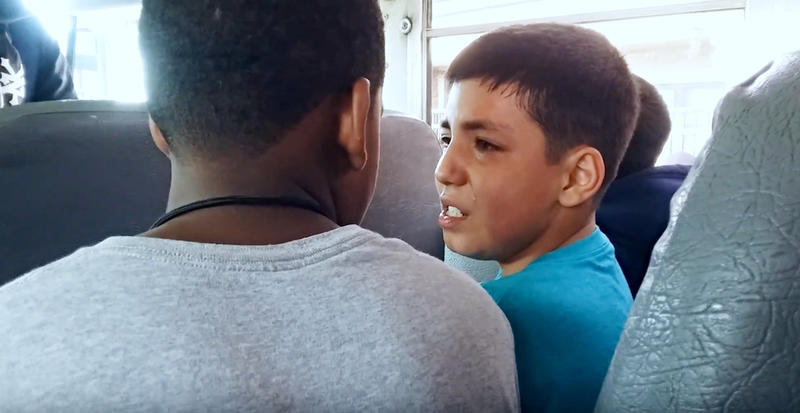 After fifty minutes on the bus had passed, Dale started feeling suspicious. He felt that his house wasn’t this far away. When it was an hour, his stomach flipped. Had the bus driven past his house without stopping?

The old man was still watching him intently. The little boy didn’t understand why he was looking at him. But when the man got up and started walking towards Dale, he got really nervous. 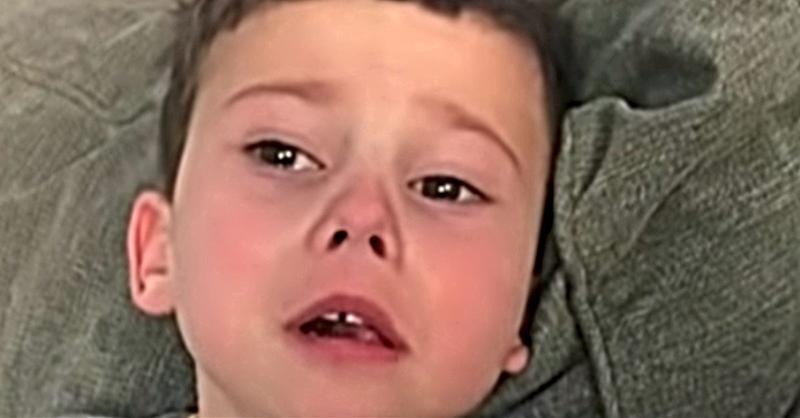 The man was now sitting just a few seats away. Dale now noticed that his eyes were bloodshot. It was just Dale, the bus driver, and this old man. Dale didn’t know what to do. 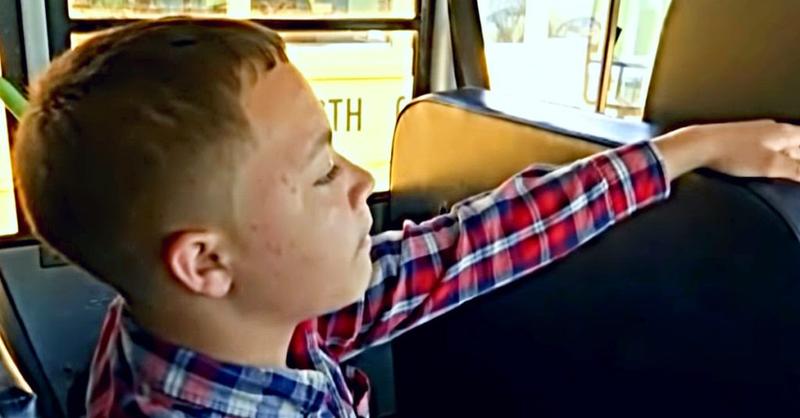 It had been more than an hour sitting on the bus alone now. Each minute passed very slowly while the man kept his gaze on Dale. When Dale saw the bus stop back at his school, he felt that something very strange was going on.

He could feel his mind race while his hands started to sweat. When the doors to the bus flung open, he saw three older kids board the bus. This was his chance. Tom, a senior student at the Holy Family Catholic School in Liverpool, boarded the bus after basketball practice after school. He was accompanied by two of his friends, Harry and Dylan. They took their seats at the front of the bus and chatted excitedly.

It was their first day back at school after the December break. But none of the boys could have suspected how the day would end. Tom’s phone buzzed and he pulled it out his pocket. When he saw the message, his brow furrowed in an expression of concern, but he continued to chat with his friends. He approached Dale and asked him what had upset him so much. Through the tears, Dale explained that he was new in the area and had gotten on the wrong bus.

To add to the boy’s anxiety, he had no cellphone and probably didn’t have enough money to get home. In fact, he didn’t even know where his home was! That’s when Tom noticed the tennis shoes with blue laces that the boy was wearing. He was the boy everyone was looking for! 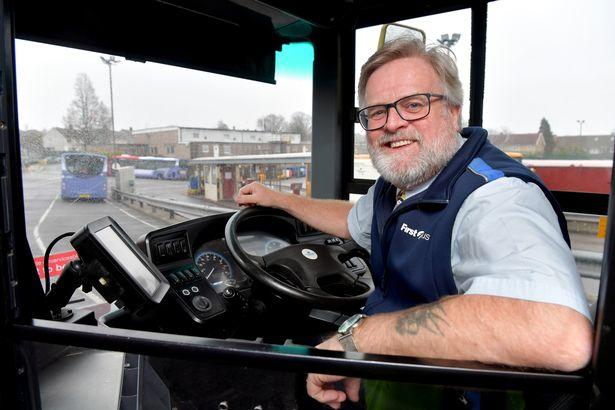 After listening to the little boy’s dilemma, Tom knew what he had to do. He pulled a fistful of notes out his back pocket and gave them to the crestfallen boy.

Then, he told the bus driver to stop the bus. “It’s ok mate, don’t worry, you’ll be home soon,” he reassured Dale. Then, he pulled out his phone. But Tom knew he had to be quick, time as running out. Tom, Harry, and Dylan began to search for taxi services on their phones. Bingo! They called the Delta taxi service and sent him their location.

And, just to make sure that Dale would be safe, they waited with him for the taxi to arrive. But none of the teens expected that they would go viral for their good deed.

Another student who had witnessed the incident posted the story on Facebook. “There really are some truly decent kids out there! All I know is his name is Tom and he’s a year 11 pupil at Holy Family so if anyone knows him or his parents, let them know what a lovely lad they’ve raised! Faith in humanity restored a little today.”

It wasn’t long before the story spread on social media like wildfire. Harry Campbell’s mother, Colette, wrote: ‘Harry had told Dylan to ring the taxi to pick him up… to make sure he got home safe… God love him, this little fella was upset and had got on the wrong bus and with it being his first day wouldn’t have known very many people either.”

But would the identity of the kind and considerate senior ever be uncovered? After the story went viral, someone who knew Tom personally tagged his older sister, Katie O’Brien, in the post.

She replied: “Ahhh everyone it was my little brother. I’ve just been tagged in this by a friend of mine. We are so proud of Tom and it’s so lovely to know he’s a good lad in the outside world.” “The school rang our mum and left a lovely message,” Katie added. “All your comments are so so lovely they’ve had us all close to tears, Tom will hate all the attention.”

One mother replied to Katie’s comment with: “You should be so proud of him also tell his teacher who can use him as an example for all to follow..well done Tom!” When Tom saw Dale at school the next day, he asked him how he was doing. Dale replied by handing him his money back, explaining that the taxi driver had refused to take it.

The taxi driver had been so moved by Dale’s tears that he decided to drive him home at no charge! It wasn’t long before Tom’s act of kindness reached Matthew Syme, the head of the school. He was delighted that Tom and his friends had shown such compassion.

“It is just lovely and at the start of the year it really sets the tone for everyone else,” he said. Then, he made a comment about Tom’s character.

“Tom is an incredibly thoughtful and all-round good guy…. He was just pleased the boy had got home safe. He has set a great example in front of a whole bus of year sevens, who have all that worry and anxiety about the bigger kids.”

He also said that Tom’s good dead is an amazing example of how older pupils at the school are expected to look out for the younger ones. There was such a buzz around Ruth’s post that soon, Dale’s story had been picked up by local news stations.

“Tom can’t quite believe all the fuss,” Katie told Sky News, “he honestly never thought it would go this far but he’s happy that teenagers can be seen in a good light.” Tom’s father Kenny later said how proud he is of his “thoughtful and caring” son.

“I am very proud of him. He is a very thoughtful lad and has a great personality” he told the Echo. “He didn’t tell me what had happened until later in the night when he realized people were talking about it on Facebook”.

Not A Big Deal And what does Tom think about all the attention? Well, he doesn’t think that what he did was a big deal, but his family thinks otherwise.

His sibling admitted that she and her family were proud of all three of the boys for helping, adding, “It is just so nice to see teenagers getting some good press for a change.”