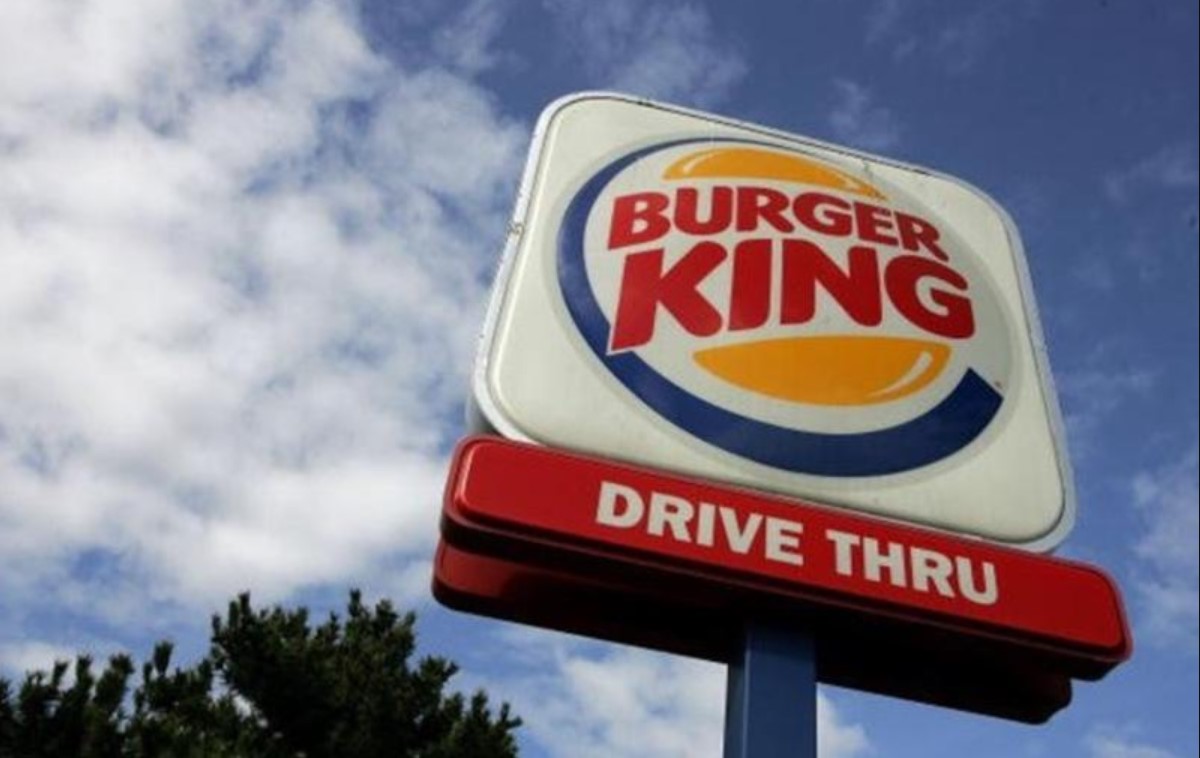 A Problem On A Global Scale

Bullying is a worldwide issue that happens almost everywhere there are people. Bullying has been around for a long time even before the word was created. It always reflects on the bullier rather than the person being bullied.

At least these days bullying is known as a huge problem and it doesn’t go under the radar anymore. Here’s an example of bullying that started at Burger King. 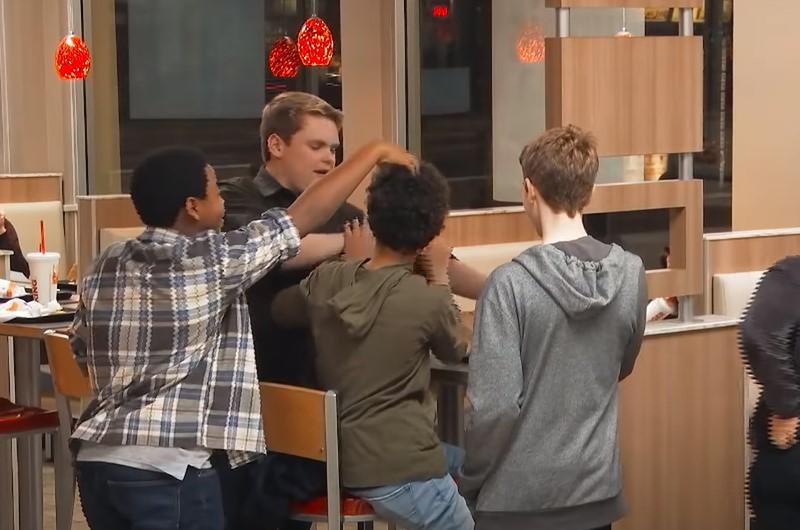 Robert is like most teenagers. he is quiet and studious and he loves to play videogames and watch movies in his spare time.

He lives in a small residential community in Florida. After school one day, Robert’s trip to his local Burger King for a treat turned into a nightmare because of bullies. For a reason he couldn’t fathom, Robert had caught the eye of a group of teenagers that summer. It seemed like everywhere Robert went, they showed up to bully him. This had been going on for weeks.

Fortunately, Robert was a tough kid. He didn’t let the name-calling and jeering get to him. But one day, the bullying began to take a frightening turn. 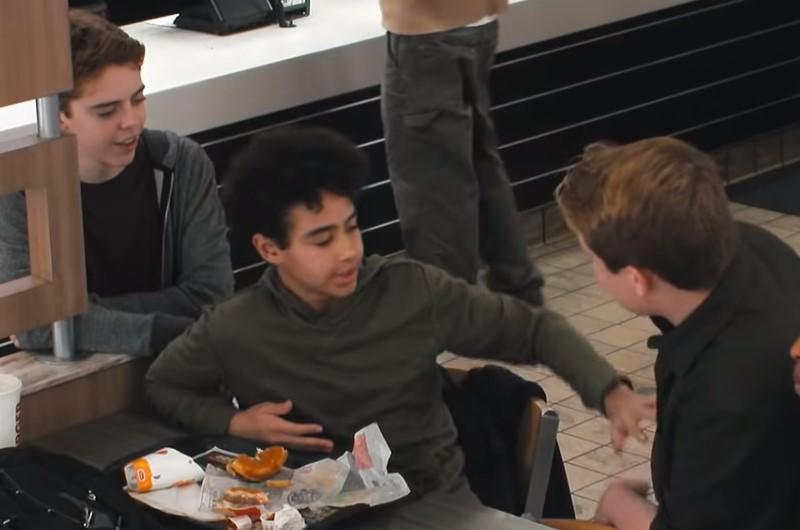 Robert was by himself, minding his own business and enjoying a whopper and some fries. Suddenly, the three teenagers who had been hounding him appeared out of nowhere.

The teens approached Robert. To anyone watching, it probably looked like they knew him. They walked purposefully toward him and sat down at his table. Their demeanor may have appeared friendly on the surface, but beneath their fake smiles, there were some dark undertones that would soon reveal the teens’ true intentions soon enough. 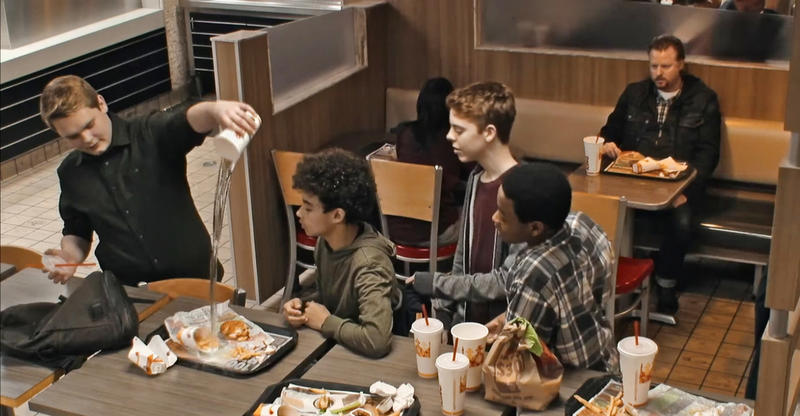 One of the teens exclaimed, “Hey kid!” when they recognized him. And before Robert could even react, the three nasty teenagers had cornered him. They sat down at his table, hemming him in from both sides.

Robert began to protest. “Leave me alone,” he pleaded. “What you got there?” the bully asked while looking pointedly at Robert’s lunch. But what the teens didn’t know was that they were all being watched.

A Man Notices Them 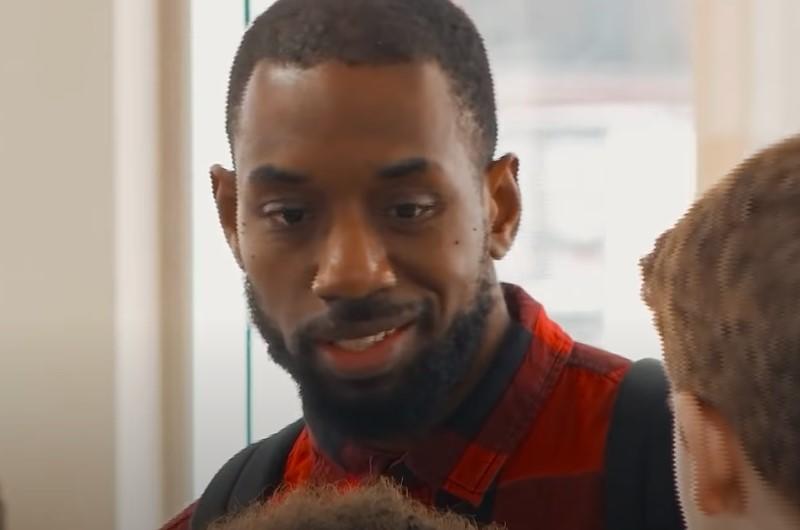 One man was taking notice. He was sitting on a bench near where they were sitting, eating some fries. He was carefully watching the interaction between the teens and Robert.

When the teasing began to escalate, the man began to turn his attention toward the teenagers. At that point, one of the bullies maliciously snatched Robert’s drink and slowly poured it all over his food. That was when the man knew he had to act. 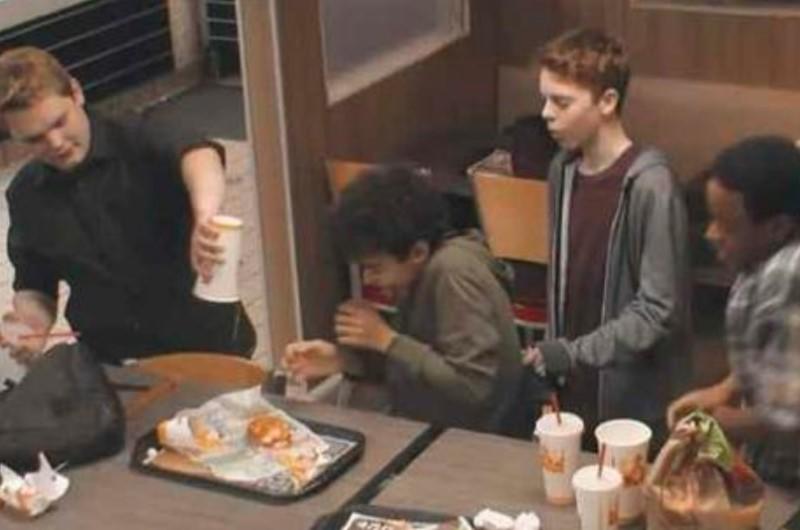 The man who was watching stood up just as Robert was trying to fend the older boys off. Pouring the boy’s drink over his food was a signal for the bullies to start getting physical.

The man’s blood started to boil. There was no way he was going to witness this happening right in front of him and not do anything about it. He couldn’t believe the audacity of the older boys. He moved towards them. “Gentlemen,” the man boomed, “What are you doing?” At first, the teens seemed shocked that a stranger was intervening. “Just playing, sir,” said their leader. But the man definitely didn’t buy it.

“You got a problem?” the man asked the bullies. “Why are you picking on him?” The boys seemed stumped and didn’t know quite how to answer his question. They began to shuffle. 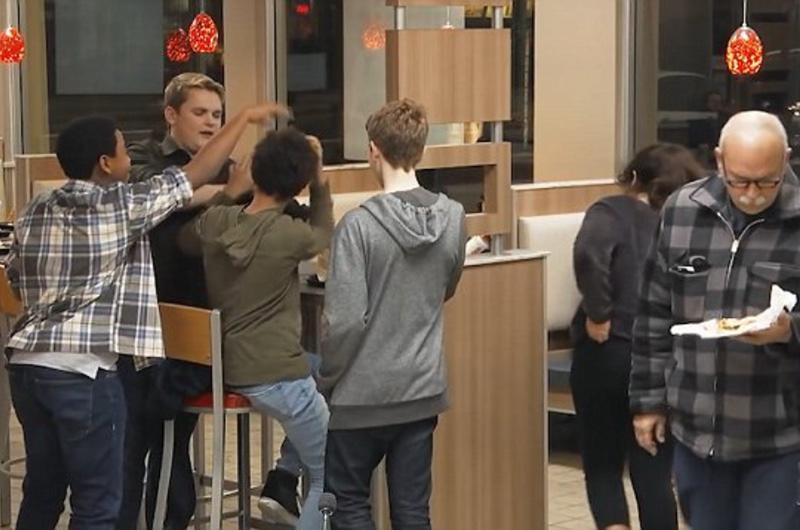 “Just playing,” the teen repeated in a low voice. Now, he was standing with his head down, clearly uncomfortable. The bully’s demeanor changed in an instant. But he was trying to play innocent.

From a distance, it certainly didn’t look like the boys were just playing with him. It was obvious that the boy was being picked on and that he was too shy or intimidated to say anything. 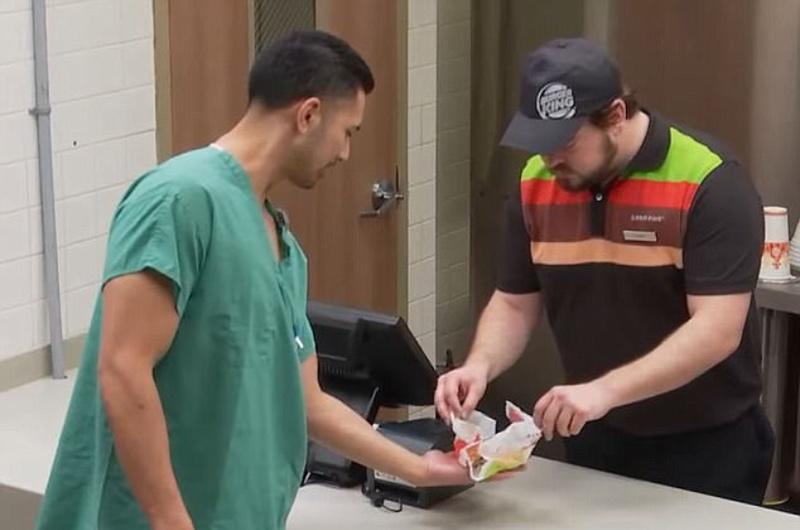 The man looked around the restaurant, wondering if anyone else had seen what was happening. But what he saw shocked him.

No one else appeared to be ready to intervene on behalf of the boy. The man looked around at all the people at the tables and till nearby. He didn’t understand why he was the only one who cared about the boys plight. He returned his focus to the bullies. The man continued to berate the bullies: “Don’t you think your parents would love this? You guys getting arrested for picking on your classmate?” he asked, “You think they’d be proud of you?”

“No, sir,” the older boy answered sheepishly. The man then turned to the other two teens, who had been conspicuously silent during the exchange. 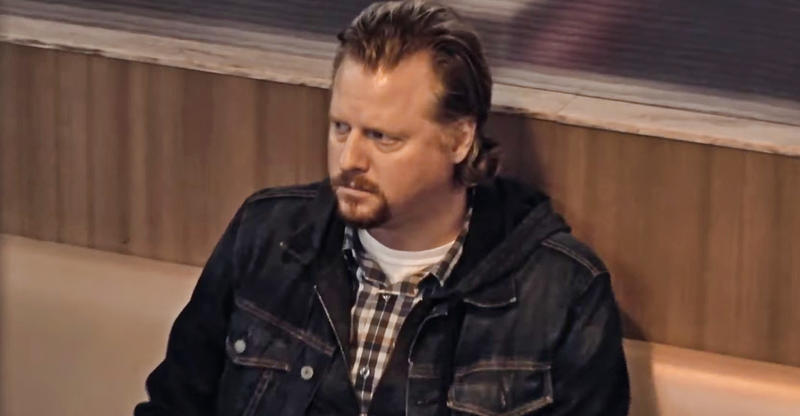 “Why didn’t you guys stop him?” the man grilled them. “You guys wanna be part of this?” Again, the boys replied with a “no, sir.” Satisfied that his message had come across, he turned to Robert.

“Are you ok?” he asked him. “Why don’t you take your lunch, and we’ll go over there,” he said, offering some company. The man left him collect his stuff and walked to the till to put in another order. But it was too soon to leave him alone.

As soon as the man left, the bullies continued to mock the boy. This time however, someone else would come to the rescue.

She watched happily as the man dealt with the situation. But when he left, she knew that now, it was her turn. From her booth across from the boys, she yelled out to the boy being picked on. “Hey! Are you okay?”, she said, ignoring the other boys around him. The boy looked up and nooded sheepishly before looking down to the floor again.

She looked over to the boys. “Do you know these guys?”, she asked. Again, he nodded sheepishly. That’s when the main bully yelled back, “Yeh, we know each other! We go way back!”. The smirk on his face was too much for the woman to bear. She stood up and grabbed her tray. She walked over to the table and set her food down. She stood across from the bully and intoduced herself, shaking his hand and asking for his name before making small conversation with the other boy.

The bully already felt intimidated by her confidence and upfront-ness. Taking out loud she said, “This feels better to me now. I was getting a bit lonely eating over there by myself”. She turned and smiled at the boy. 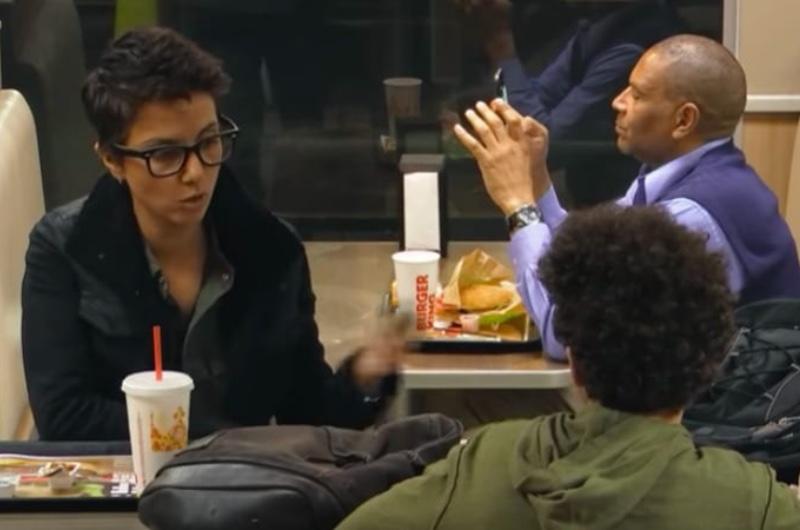 Eventually, the boys backed away to a corner and she began to talk confidentially with the boy. “Are you sure you’re ok?”. The boy began to find his voice again. “Yeh, I’m okay” he said. “Have you ever been messsed with before?”, he asked.

“I got picked on all the time when I was a kid”, she said. “In an ideal world, somebody else would see something weird happening and come over and be like ‘Hey, this is not okay!'”. But sometimes, people just don’t know how to do that. 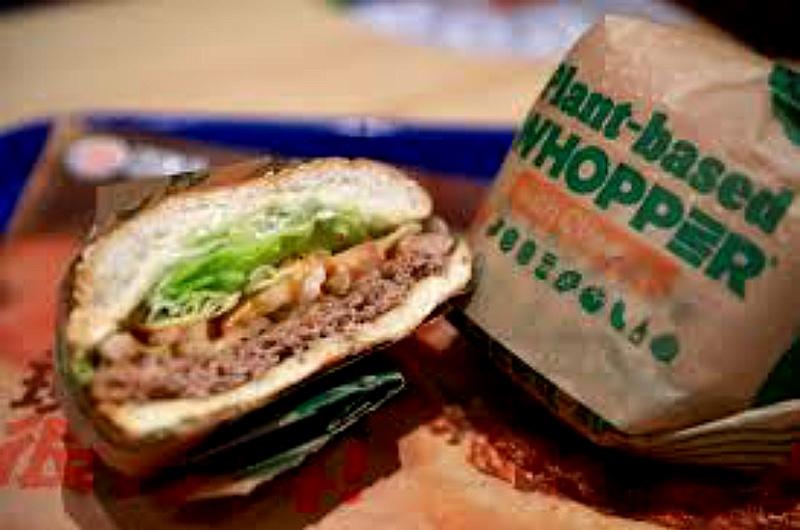 They continued to talk and eat until the other man came back with a tray of 2 burgers and ice cream. He offered them to the boy, who received the extra treats gladly!

The three of them talked and laughed, completely uplifting the boys day. But little did they know that everyone was watching, and they had been from the very beginning… 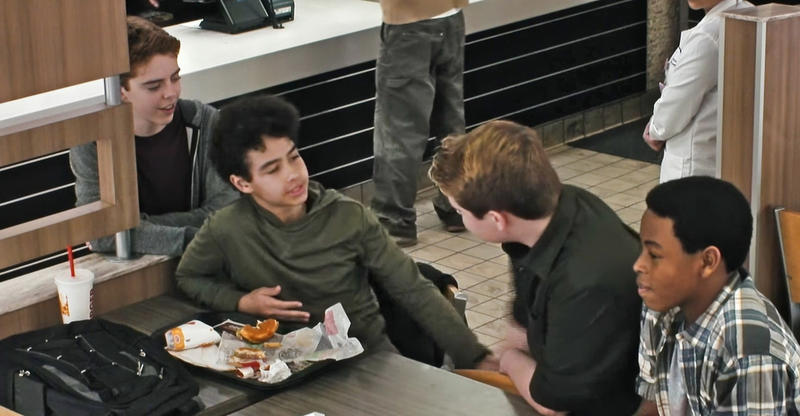 Unbeknownst to the kind man and woman who helped Robert, the entire incident had actually been orchestrated by Burger King and No Bully, an organization dedicated to raising awareness.

The franchise aimed to create a thought-provoking social experiment to show the behavior of people when confronted with difficult situations. Little did anyone in the restaurant know that there was another form of “bullying” going on in the restaurant that day. In addition to the teens bullying the lone boy, the employees also began to “bully” the burgers they were serving. Before they wrapped them up and served them, they smashed the burgers with their fists.

The video elicited countless reactions and sparked a national conversation about bullying. But how did the diners react to being served smashed burgers? The customers’ responses to the bullying going on right in front of them versus the “bullied” food they were served are very telling, and indeed heartbreaking.

There were a few people who decided to intervene and help the bullied teen, but sadly, while 95 percent of people spoke up about their smashed burgers, only 12 percent were decided to stand up to the bullies. It seemed as though people had more care for their burger than a young boy being bullied right in front of their eyes. Although we can understand being served a smashed burger would have you returning the item for a new one, was the lack of reaction to the boy normal?

They certainly didn’t think so. It was obvious that a new method to dealing with witnessing bullying needed to be explored, so they uploaded the video online. Titled “Bullying Jr.,” the video’s purpose was to see how people would react when they saw a child being bullied.

The video clearly hit a nerve, reaching over 8 million views on YouTube to date. The campaign also attracted a lot of attention on Twitter: Thankfully, it wasn’t just the one man who stood up to the bullies. The experiment was conducted two other times, and, even though there weren’t many people willing to step in, there was one truly heartwarming moment when a woman sat down to eat with the boy who was being picked on to show him that she was there for him and that she supported him.

Kudos to Burger King for releasing such a thought-provoking campaign! But, how do we address the problem of bullying?

You Can Make A Difference Although bullying is a huge problem in schools, not all institutions take the issue as seriously or truly know how to address it. A lot of parents report teachers and other school staff downplaying concerns about their child being bullied.

Hopefully, every adult, from teachers to parents to random strangers, can learn from this social experiment and not hesitate to help a child who is being bullied. The boys who acted in the scene spoke to the camera also telling adults that for a kid, it’s not always easy to stand up for their friends or classmates that are being bullied.

“Sometimes, you’re just thankful it’s not you being bullied so it’s easier not to do anything”. The other boy said, “It’s hard to stand up to kids that are bigger than you, especially if you already could be a target”. Burger King’s ad highlighted an age-old problem that still seems to be prevalent in our young community. As witnessed by the ad, it’s important to stand up and intervene if you see bullying happening right in front of you.

Even if you mistake the situation for bullying when boys could be play fighting – it’s important to at least let a kid know that you care!