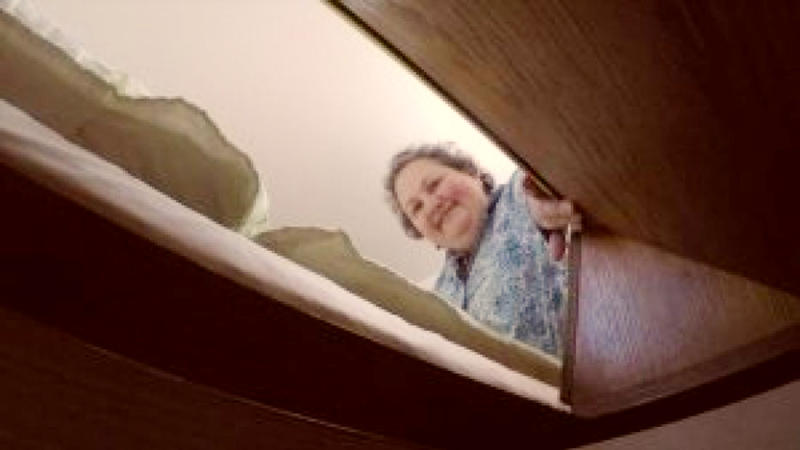 Into The Rabbit Hole

She tried to take a deep breath to calm her nerves as she tightly gripped the bedpost. The other hand slid into the compartment greedily.

She felt something inside, she was sure of it. What kind of trouble had she gotten mixed up in? 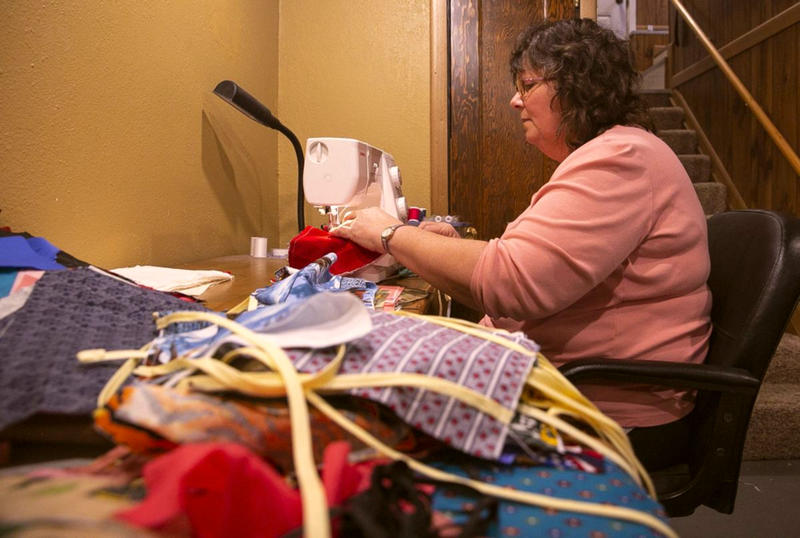 Laurel Jaecks lived in Oak Creek – a small city in Wisconsin. She was a kind woman and was always ready to help those in need. She would always be at schoo board meetings and Church Fetes.

Laurel heard about a recent robbery and went the extra mile and consoled the victims of the crime. She even pasted posters with the robber’s face around town.

Making The Most Of Things 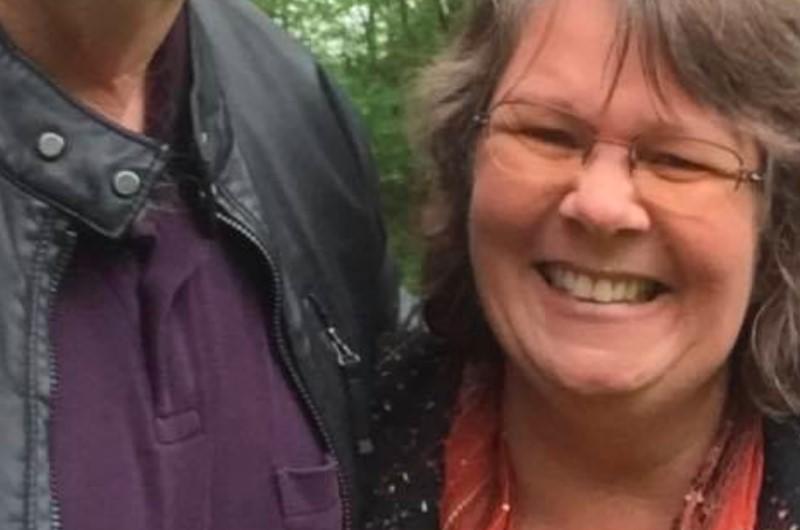 Laural and her Husband always knew how to make a profit and almost anything. They felt that they didn’t need expensive things to be happy. They were content just how they were.

But when emergencies would appear out of nowhere and all of their savings had to spend, they would have no money left. Laurel had no idea what kind of challenge life was about to throw her way. 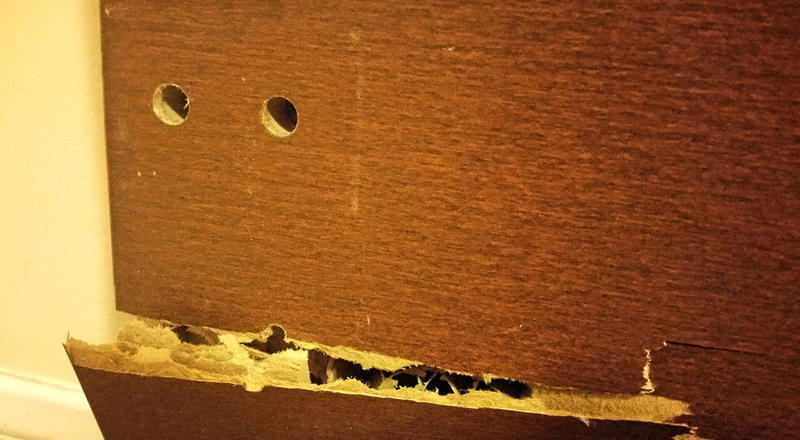 Their house and everything in it had seen its fair share of years. Something always broke, one after another. In the same month, the oven gave out and so did the bedroom furniture!

They had paid a lot to get a new oven so they could continue to eat. But now they had no money to replace the bedroom set. What would they do? 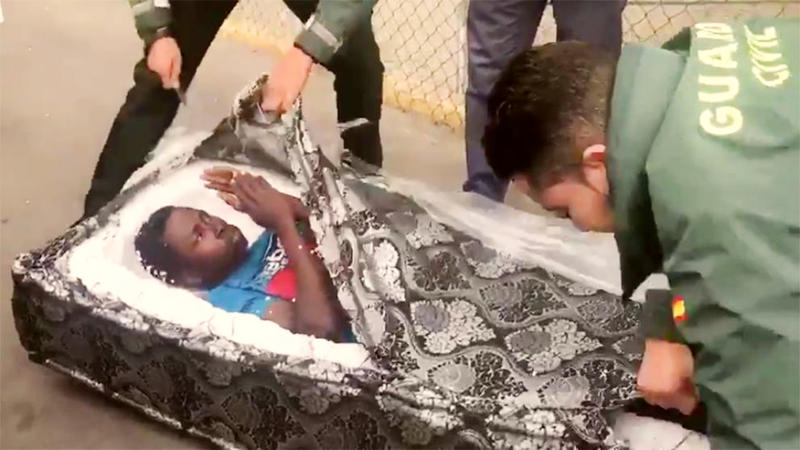 The couple decided to scour the Facebook Marketplace. A friend of theirs gave them the idea and they thought perhaps they’d find just what they were looking for at a good price.

Laurel still wasn’t completely sold on the idea of buying from a complete stranger. But they did need the furniture. 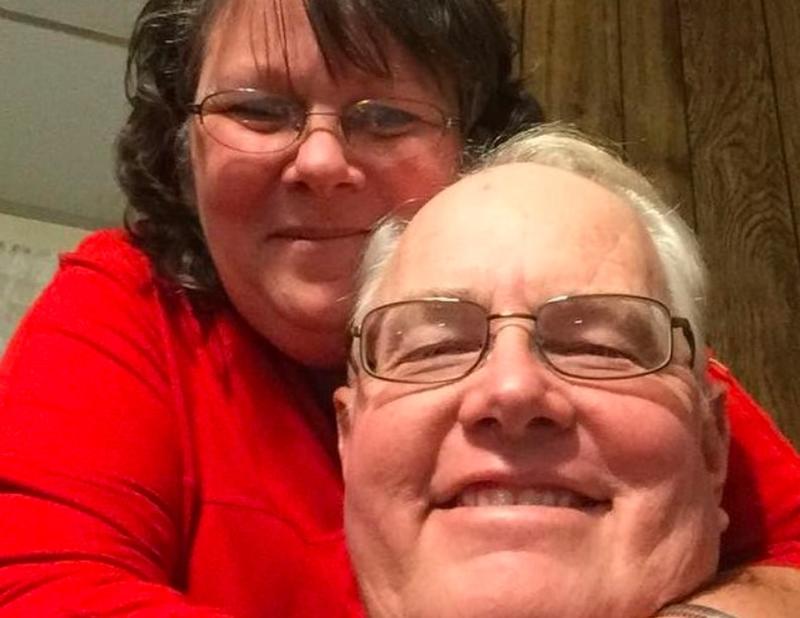 Laurel decided to take a look anyway. And soon she felt caught up in the Facebook Marketplace. She found someone selling the perfect furniture and it was close by. What could go wrong?

She had heard people talk about being conned out of their hard-earned money. Or people not getting what they had seen in the pictures. Laurel still didn’t think anything would happen to her. 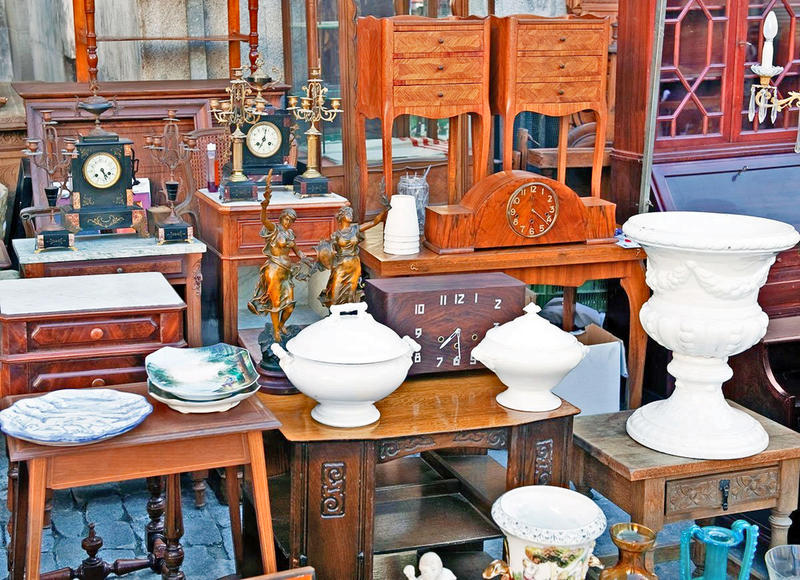 When Laurel got to the house and saw the dresser, she instantly loved it. Her husband was convinced it was Amish-made and antique. But what both of them were thinking was if they could afford it or not.

They could see that the owner was selling all of his pieces quickly, so they had to act fast. Someone else might snatch it away from them if they didn’t make up their mind now. 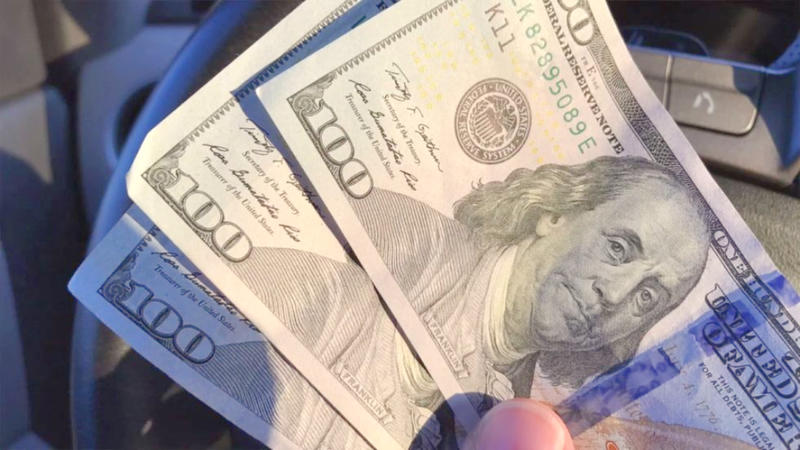 Laurel mustered up all of her courage and approached the man. She asked if they’d consider selling it for $325. It was everything they had in their pockets. Without hesitating, the man said yes and snatched the money away from her. They had bought the beautiful set.

The man’s poor attitude didn’t even bother the couple. They were just psyched to have the new bedroom set! 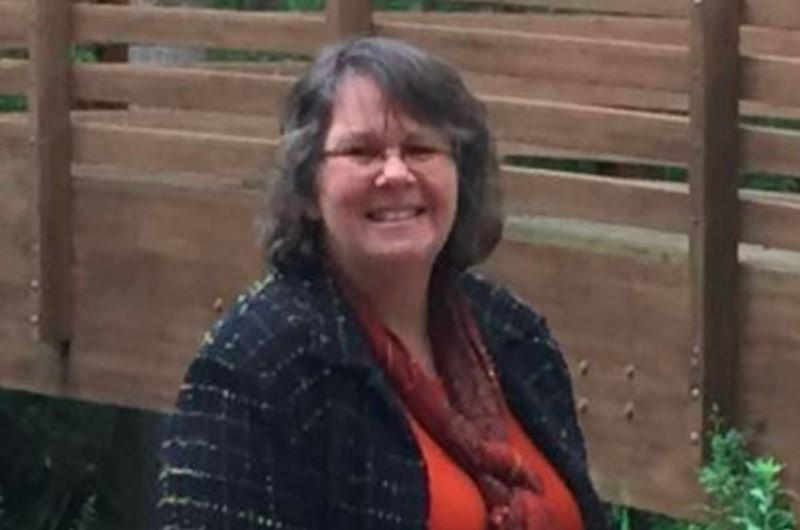 They had bought the set for such a steal! But doubt soon clouded Laurel’s mind. Why had the man agreed to sell the set at such a low price without even thinking twice about it?

But it was already done. She couldn’t go back now, they moved the set into the bedroom but weren’t prepared for what they’d uncover. Laurel suddenly realized that the dresser wouldn’t fit into the bedroom. She couldn’t believe she’d made such a silly mistake. But she wasn’t disheartened, she’d make a plan.

It was beautiful, she thought as she sat down and looked at the piece. She ran her hand against the smooth wood… and felt a small piece of metal underneath the drawers. She called over her husband to feel it for himself. He seemed to think it was just a random piece of metal or part of a fixture. But Laural wasn’t convinced. She first tried pulling on it, but nothing happened.

Conceding that it may just be an anomaly, she and her husband went to bed. But, as Laural lay there, she had a strange feeling that she just couldn’t shake. 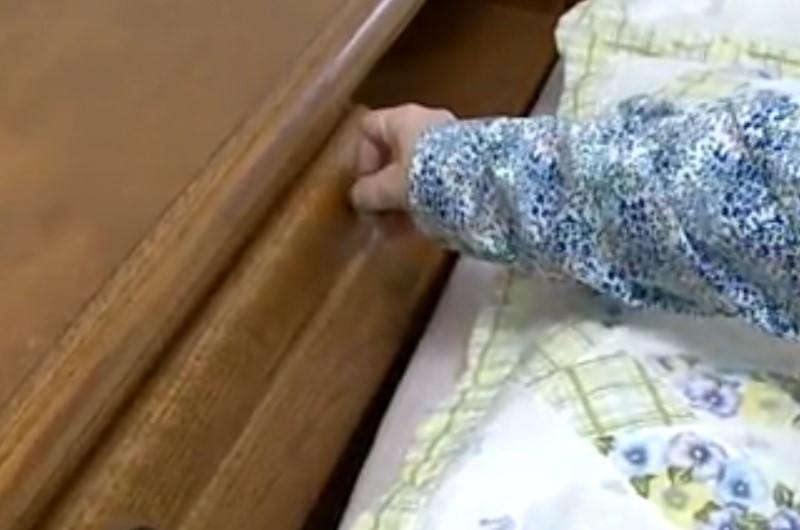 Why would there be a flaw in the piece of furniture? She knew that the Amish prided themselves on their craftsmanship. There had to be more to it. Unable to sleep, she decided to investigate further.

She depressed the area and then she heard a faint click. A hidden compartment! She suddenly recalled how quick the guy had been to sell them the furniture. Had he known about this secret cache? She really should check inside. How could she go to sleep now, knowing there was something unknown tucked away right next to her bed? It could be anything.

Could the seller have hidden stuff in there? Had he or the owners of the furniture wished to do away with something? Her mind was racing. There was only one thing for it. Laural’s mind began spinning with theories: something bad, something incriminating, something stolen, evidence… what could someone have hidden inside?

Putting her fears aside, she carefully reached into the crevice and felt around the back with her fingers until she felt something that definitely wasn’t supposed to be there. She yelled for her husband to wake up… she didn’t want to uncover whatever it was on her own. Her husband woke up with a start. “I was right… there’s something in here!” Laural whispered nervously. With her husband looking on, he himself now equally intrigued, Laural carefully reached inside with her hand again.

Would it contain jewelry? Cash? Antique items? Valuable collectible cards? They fantasized about so many things. But when Laural finally pulled the object out, they were stunned. There. Pushed far toward the back of the space. It seemed to be some kind of bundle wrapped in paper. Laural brought it out slowly as if it were fragile. An old brown envelope.
She held it gently with both hands and sat staring at it, dumbfounded. “Well, don’t just sit there, open it up!” was her husband’s impatient reply. She peeked inside, and a few seconds later looked up at him with wide eyes. Reaching inside the secret compartment again, Laural brought out another envelope, and then another. She opened the first envelope and couldn’t believe her eyes.

When the first bundle was opened, it contained a stack of real twenty-dollar bills. Laural was so surprised to see that it contained a significant amount of money that she almost dropped it! But what about the other envelopes? They grew even more excited and nervous than ever. There were still two bundles that had to be opened. Could they contain the same thing? What else were they about to find?

The second package held something even more intriguing. It had a stack of 50 dollar bills. But what about the third envelope? The third envelope held hundred-dollar bills. A lot of them. Just looking back at her from inside the envelope. She threw them all out onto the bed, eliciting a gasp from her husband. Something was nagging at the back of her mind…

And then she remembered the recent store robbery. The authorities had never found the stolen loot. Could it be that they had just stumbled upon the thief’s hidden stash? After counting everything, they placed the money in neat piles on the bed – a swathe of blue bills that matched the pattern on the quilt. $11 000 in total. There was no doubt in Laural’s mind about what to do next: Report their find to the local police.

In the meantime, her husband had stuck his own hand into the space and rummaged around further. Lo and behold, out came another bundle.

The Pieces Fall Into Place This time it was just a bunch of old bank statements. Laural’s mind wandered as she examined them, and suddenly it hit her: she had recognized the Facebook Marketplace seller!

She would get to the bottom of this, she thought to herself as she logged on to Facebook again. The minute she saw the seller’s profile, she knew she was right. It was him. Should she tell him what she knows?

Back To The Beginning Laural dialed the seller’s number. How would she approach the call? She would just lay it all out, she decided. She calmly told him about her find in the secret compartment and that she knew it had something to do with him.

She had recognized the surname on the bank statements: De Pere.

It Belonged To His Parents De Pere was the same surname as that of the seller. Yes, he told Laural, the bedroom set had belonged to his late parents. The furniture had been part of their estate sale.

He had wanted to get rid of everything, to bring closure. But he hadn’t been aware of their hidey-hole – would Laural return its contents?

She Could Use That Money Laural had thought long and hard about how she could use $11,000. She could pay off her granddaughter’s student debt, renovate her old house, or go on a relaxing holiday.

But she didn’t indulge these wild fantasies for long. As a woman who prided herself on her moral compass and strong values, she didn’t even hesitate to do the right thing. Of course, she immediately returned all the money and the bank statements. The seller was the rightful owner, after all. His parents had worked long and hard and saved for that money. Yes, it would’ve been great to be $11 000 richer, but she was no thief…

One good turn deserves another: As a reward for her honesty, the guy gifted the Good Samaritan some of the money she had returned.