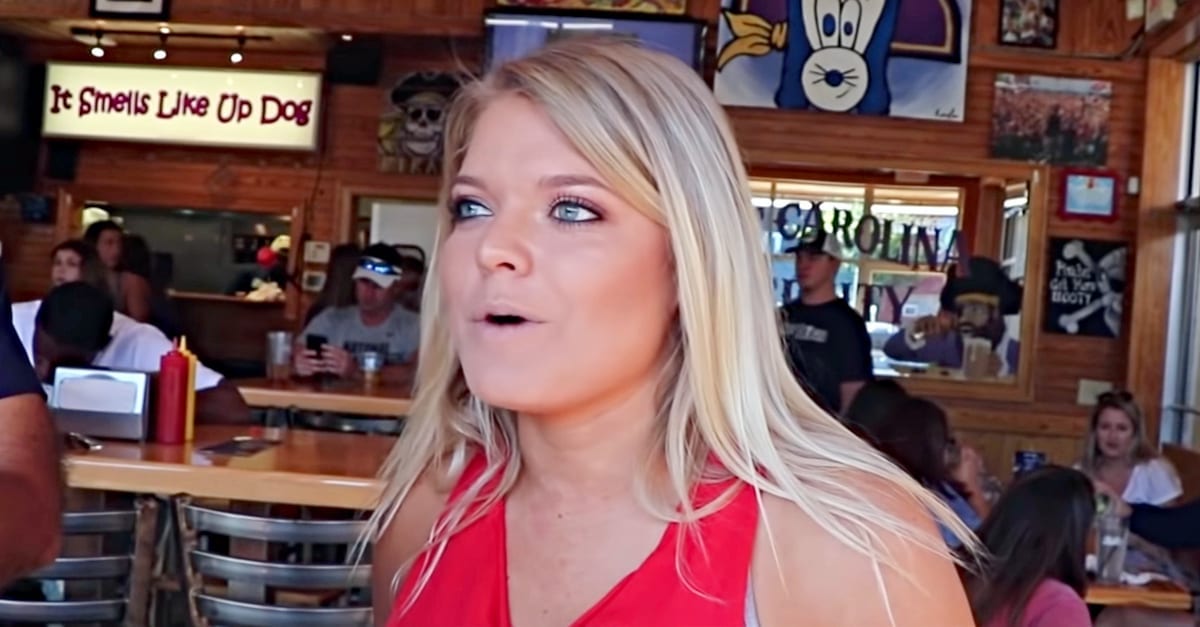 A 2001 April Fool’s prank by a Hooters went south when it ended with a former employee, Jodee Berry, suing the company. The Florida location where she worked ran a contest to see who could sell the most beer.
The prize for the contest would be a new Toyota. 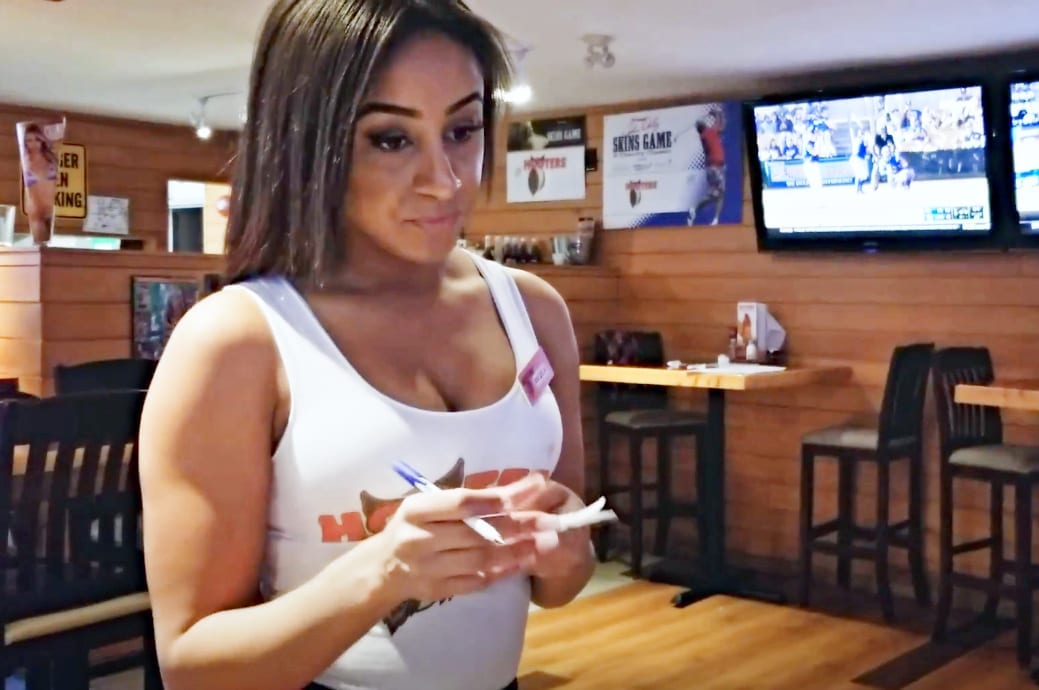 Naturally, all the servers worked hard to win. In the end, it was Jodee who came out on top. Needless to say, she was excited when she was blindfolded and led out into the parking lot to collect her prize.
Finally, the blindfold came off and Jodee got to see her hard-won prize. 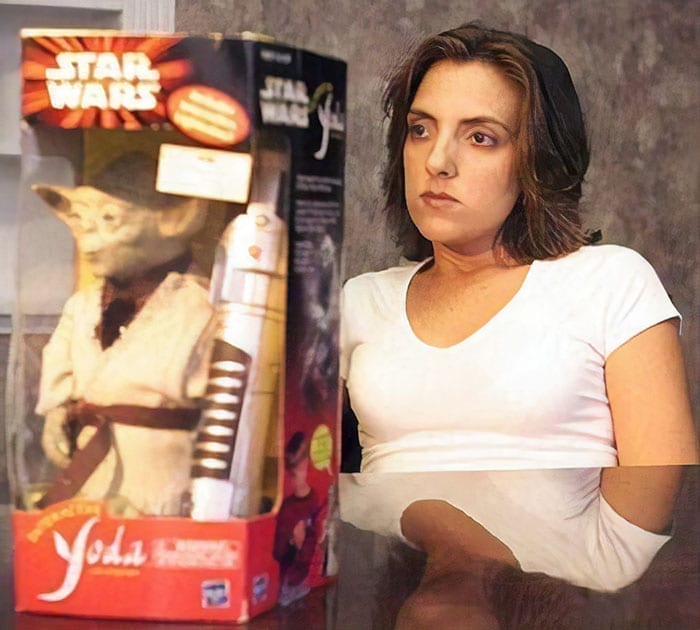 There before her in all its brand new glory stood her prize. However, instead of a straight out of the box Toyota, there was a brand new, still in the box, toy Yoda. That’s right, instead of a new car, this waitress had won a Star Wars toy.
Needless to say, she was furious. 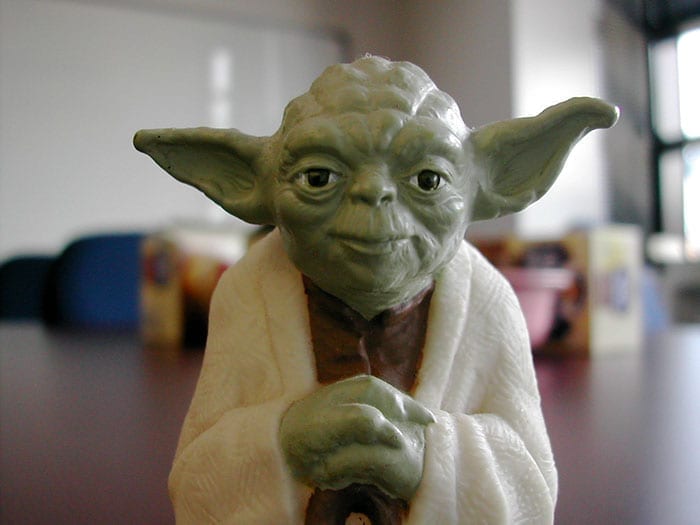 Jodee was so angry that she quit her job a week later. According to the company it was just an April Fool’s prank but that wasn’t good enough to placate Jodee. She decided it was time to take action.
Jodee decided to sue her former employers. 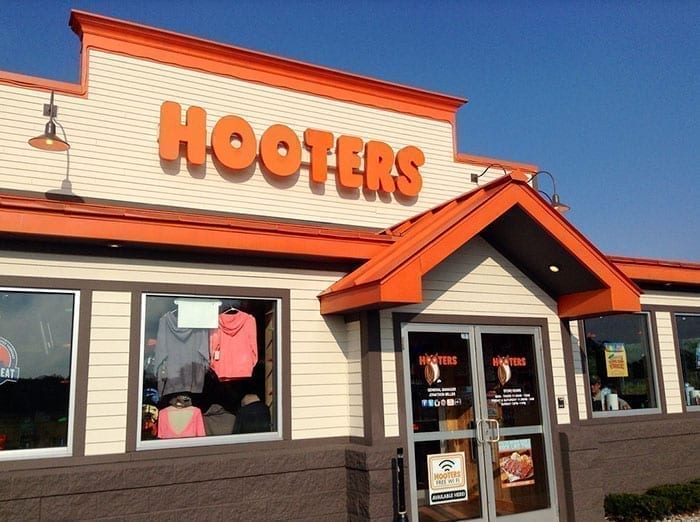 Jodee’s case went to court and was eventually settled. Hooters and Jodee reached a settlement agreement. While the exact settlement amount has never been disclosed, according to her lawyer, Jodee could “pick out whatever type of Toyota she wants.”
However, this isn’t the only corporate prank that didn’t end so well.


Black And White And Read All Over In 1996 the internet was still young and social media didn’t exist yet, so companies couldn’t interact with their customers quite as easily or quickly as they can today. Therefore, if you wanted to reach a lot of customers quickly, the best way was to advertise in the newspaper.
This was exactly what Taco Bell did that year though they should have thought twice.


For Whom The Bell Tolls 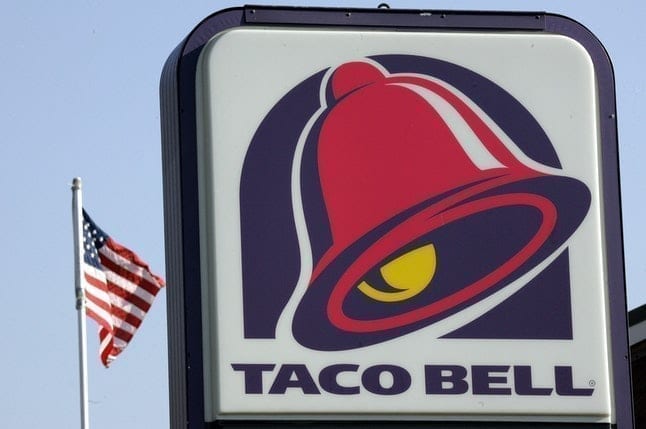 In 1996, Taco Bell decided to have some fun and came up with an April Fool’s prank that backfired horribly. The company came up with the idea that included a much loved historical object, a pun, and a purchase.
So what exactly did the advertisement say?


Extra! Extra! Read All About It 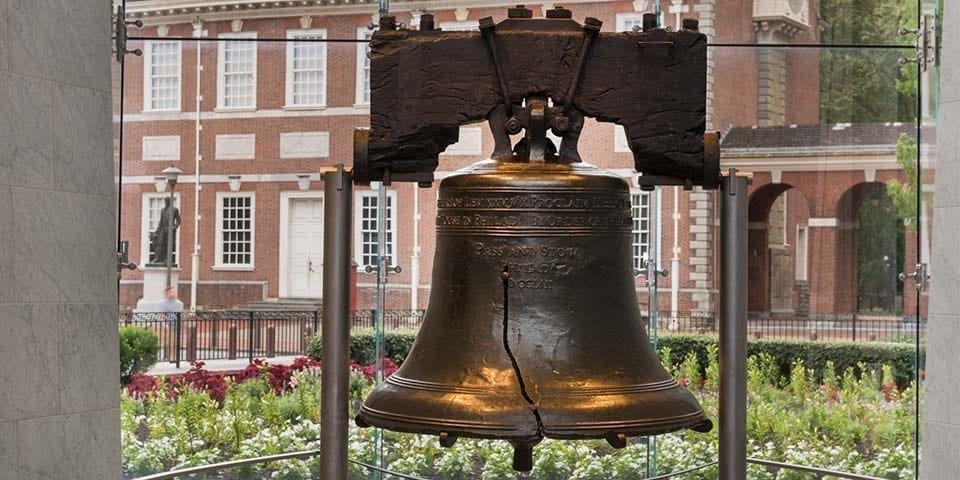 Taco Bell took out a full-page ad The New York Times, Washington Post, Philadelphia Inquirer, Chicago Tribune, Dallas Morning News, and USA Today. According to the advertisement, Taco Bell had just managed to buy none other than the Liberty Bell.
This shocking claim read as follows. 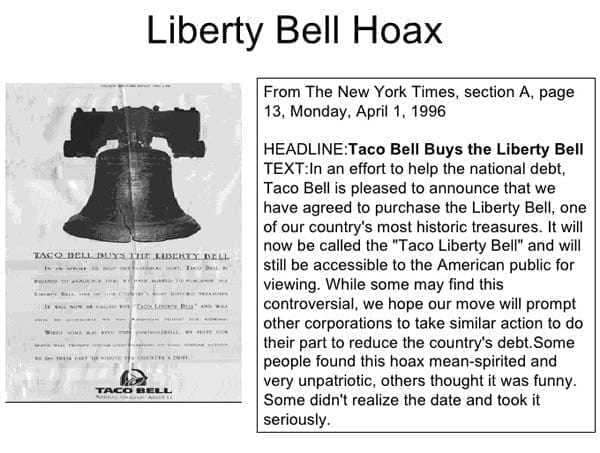 “In an effort to help the national debt, Taco Bell is pleased to announce that we have agreed to purchase the Liberty Bell, one of our country’s most historic treasures. It will now be called the “Taco Liberty Bell” and will still be accessible to the American public for viewing.”
“While some may find this controversial, we hope our move will prompt other corporations to take similar action to do their part to reduce the country’s debt.” 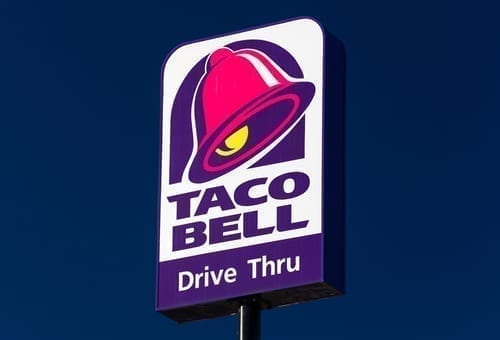 Instead of being seen as the lighthearted joke as it was meant to be, the advertisement sparked a huge outcry among the public in Philadelphia. Thousands of people, including then-Democratic Senators Bill Bradley and James Exon called the National Park Service in consternation.
Taco Bell later admitted that it was just a joke and claimed it was “the best joke of the day.”

It’s hard to say how man’s best friend got along before eHarmony finally solved the doggie dating problem. On April 1, 2018, after nearly 20 years of assisting the creation of long-lasting relationships for humans, Grant Langston, CEO of the popular dating site, unveiled the Furever Love feature.
The Canine Compatibility Companion Service was designed to get pups into long-term relationships. The prank featured posts from prospective doggie dates Johnny Cash, a diminutive canine in search of an LTR (“no hookups, please”), and Kona, a hopeless romantic looking for a monogamous tug-of-war partner.
eHarmony’s canine algorithms were based on some solid science.


Barking Up The Wrong Tree 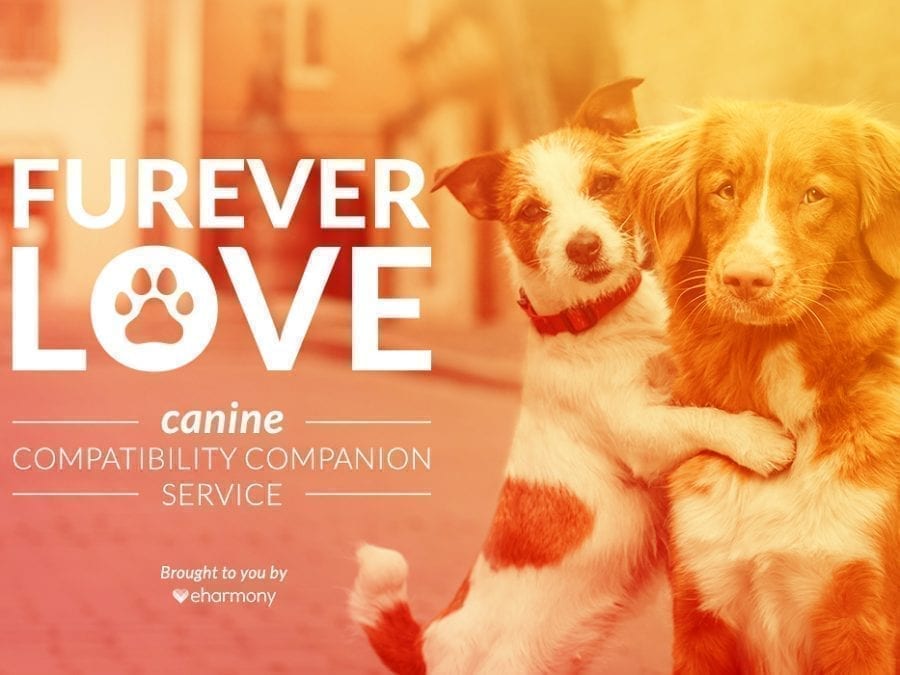 Apart from the fact that the announcement claimed it was based on science, it included a scholarly report on “Love and Canine Relationships in America,” and data from a proprietary bark and tail wag measurement scale.
However, they weren’t the only company that had a prank related to paws. On April 1, 1998, Burger King announced it would now offer a version of the Whopper that had been carefully designed for left-handed folks. The joke was on Burger King, however, when stores across the country were flooded with orders for the left-handed Whopper.
These are the best April Fools’ pranks to pull on your parents.
Must Read
Dog Refuses TO Give Birth, Then Vet Gives Owner News
Teen Disqualified Over Swimsuit Gets Last Laugh
His New House Was Hiding This In The Basement