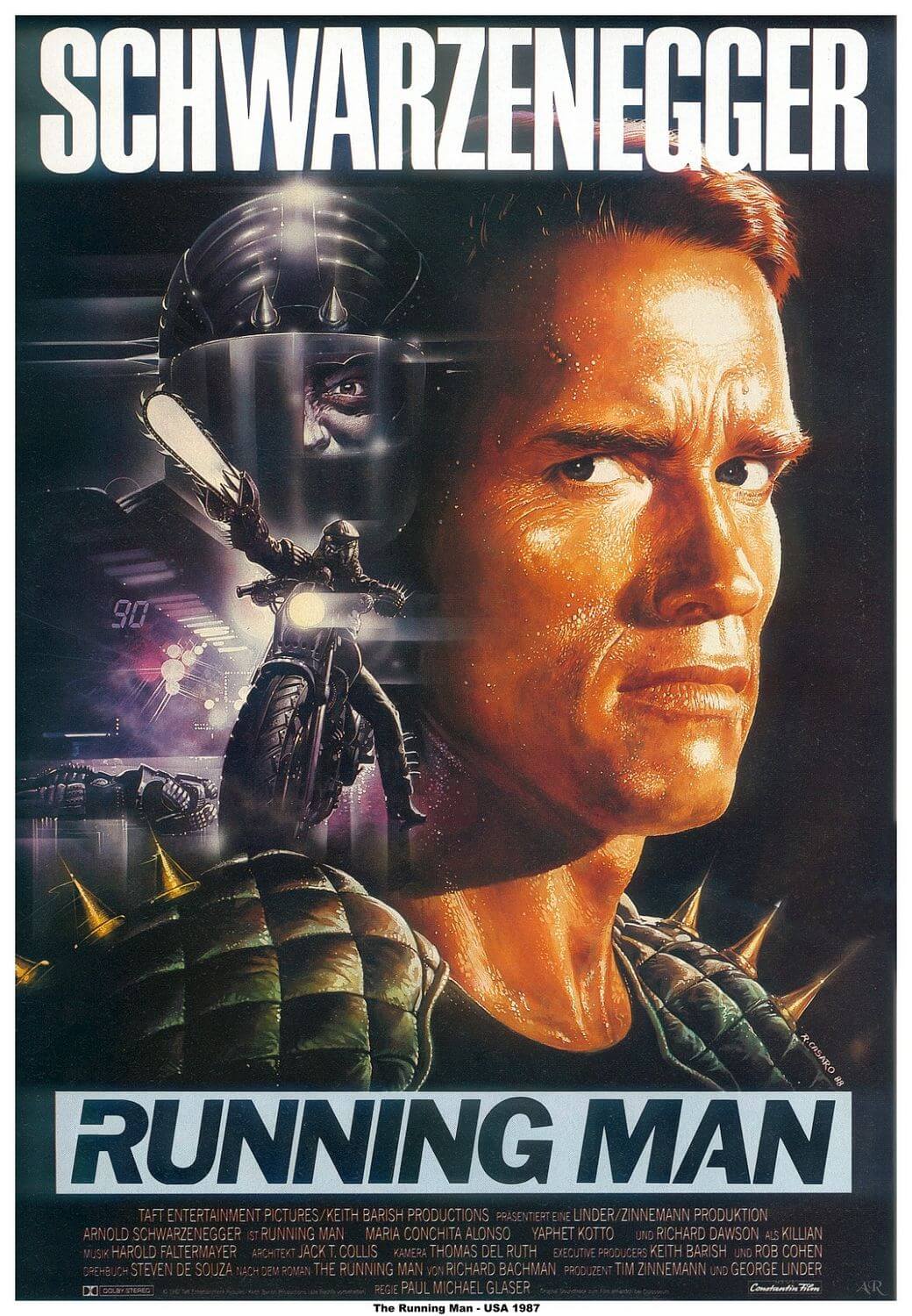 The 80s wasn’t just great for science fiction movies however, with some other popular films such as Highlander making their mark on the film industry. However, it truly was science fiction which dominated the 80s, so here, we’re taking a look at some of the very best. 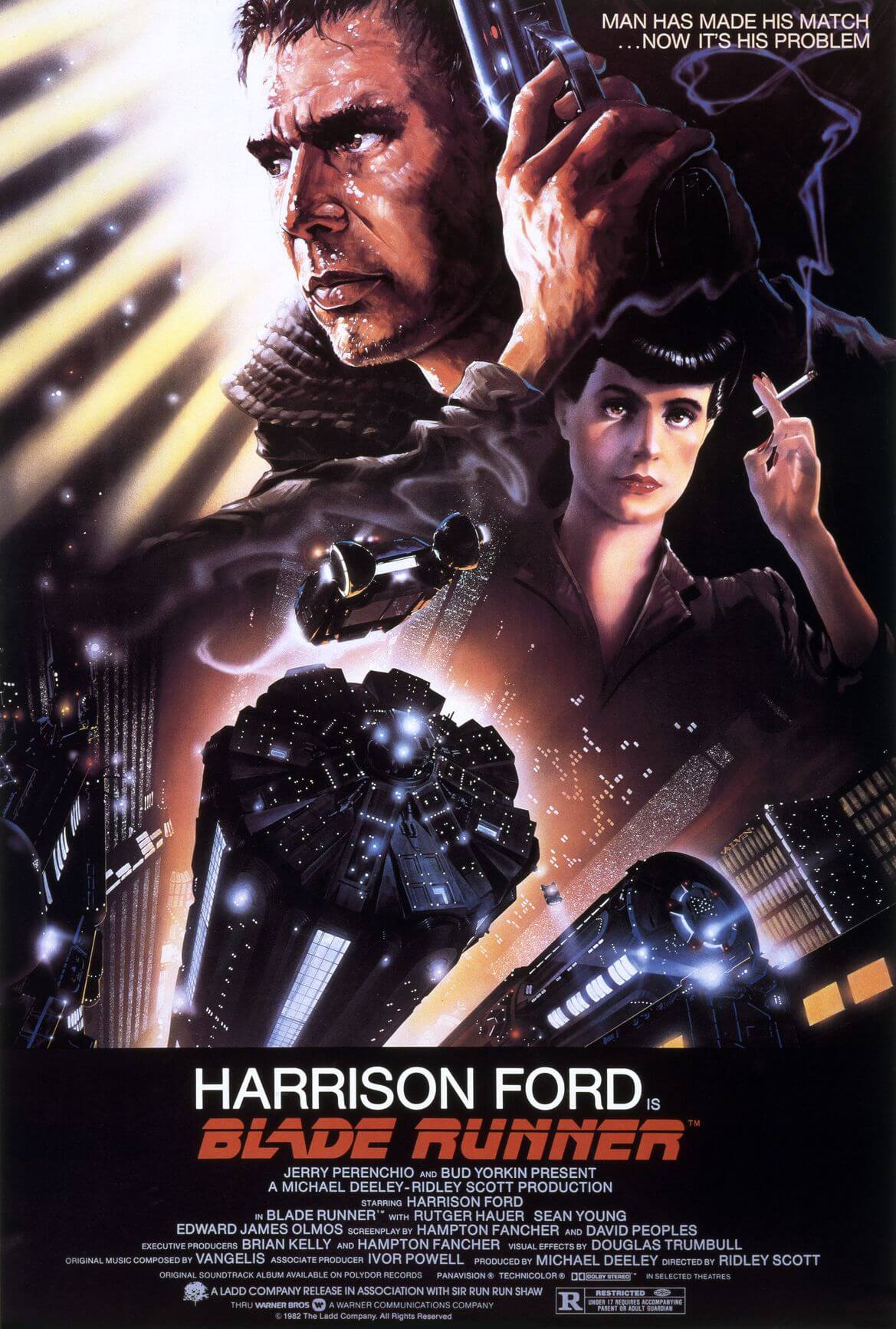 Directed by Ridley Scott, Blade Runner is one of the best science fiction movies from the 80s. Starring Harrison Ford, Rutger Hauser and Sean Young the original Blade Runner was released in 1982.

This infamous Sci-Fi Thriller film featured a blade runner that’s aim was to try to terminate four replicants who stole a ship in space and returned to earth to find their creator. Today, there are seven different versions of Ridley’s American science fiction film Blade Runner, the most recent being Blade Runner 2049, which was released in 2017. 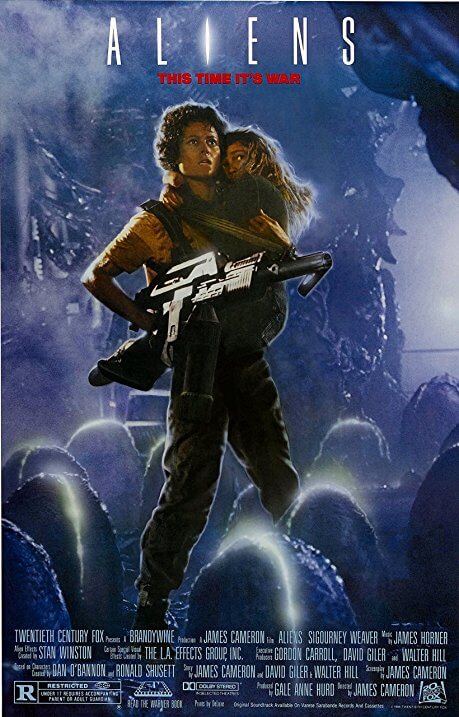 Directed and written by James Cameron, Aliens is yet another popular science fiction movie from the 80s, and is in fact a sequel to the 1979 film Alien. The film begins with Lt. Ripley’s (Sigourney Weaver) shuttle being found by a deep space salvage team after floating in space for a mere 57 years, with only one survivor – Newt – on board. People have described Aliens as “one of the most thrilling films ever” and an “outstanding blend of sci-fi, action and humour”.

If that hasn’t already convinced you to watch Aliens enough, the film was presented with the ‘Saturn Award for Best Science Fiction Film’, as well as the ‘Las Vegas Film Critics Society Sierra Award for Best DVD’ more recently. Why not give it a watch for some science-related humour? 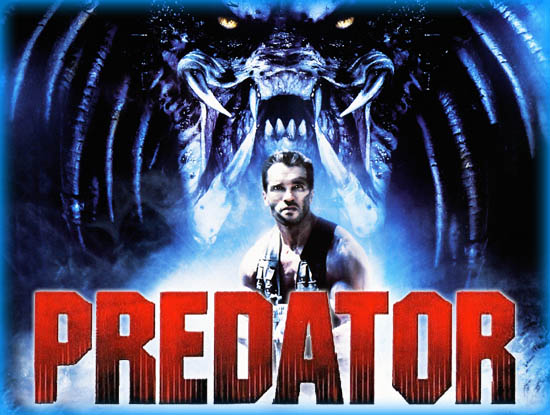 Written by Jim Thomas and John Thomas, Predator is about a team of commandos on a mission in a Central American Jungle. During their journey, after finding a string of deceased bodies, they find themselves being hunted by an extra-terrestrial warrior that has superhuman strength and the ability to vanish into its surroundings. 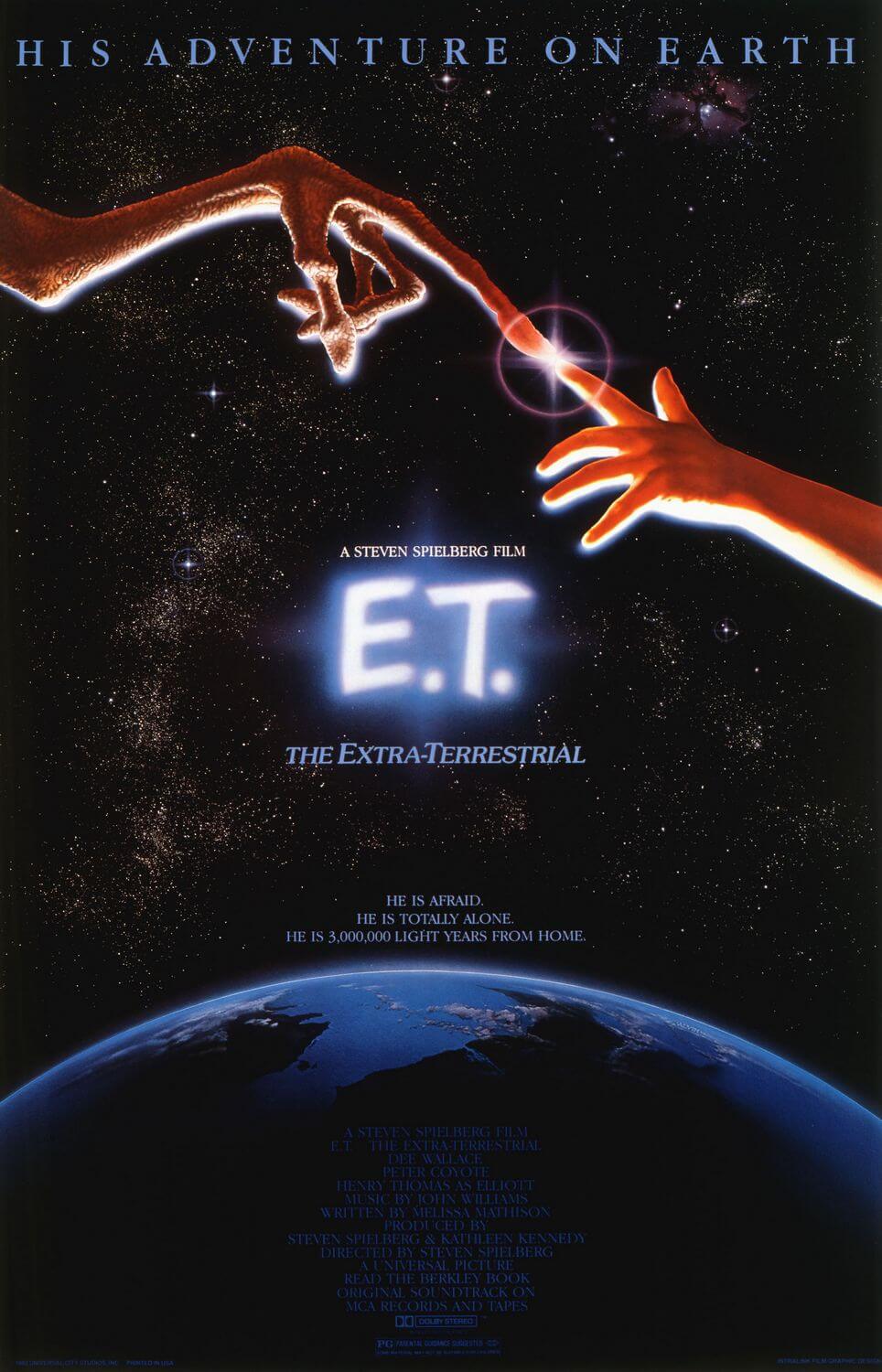 Directed by the infamous Steven Spielberg, E.T. the Extra-Terrestrial features a troubled child, Elliot, who builds up the courage to help a friendly alien, called “E.T.”, to escape Earth and return to his home.

Featuring Henry Thomas, Drew Barrymore and Peter Coyote, the family science fiction film has gone on to win countless awards including the People’s Choice Award for Favourite Movie, BAFTA Award For Best Film Music, Golden Globe Award for Best Original Score, Grammy Award for Best Score Soundtrack for Visual Media, and has been described as “the classic of family classics” and “one of the best films ever made and experienced”. 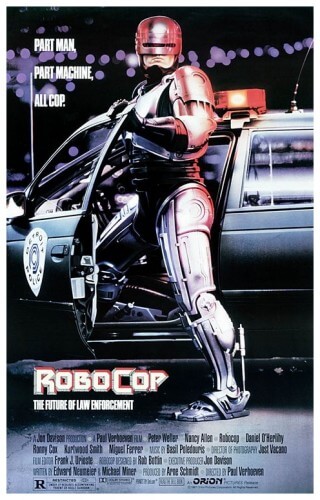 Directed by Paul Verhoeven and written by Edward Neumeier and Miner, RoboCop is an action, crime and science fiction film. The film follows a company that has established a crime-fighting robot that develops a highly dangerous glitch. The company finds a way to get the robot back in favour with the public when a policeman is killed by a street gang.

The officer’s body is reconstructed within a shell made of steel and called ‘RoboCop’, who is successful at fighting crime across the capital. Featuring stars including the likes of Nancy Allen, Peter Weller and Dan O’Herlihy, RoboCop has since been re-released in 2014. Nevertheless, the original version of the film has won plenty of awards such as the Special Achievement Academy Award in 1988. This film has been described as a “classic science fiction film full of excess, humour and satire” that features “cracking futuristic action”.

Punt hunters can even find Robocop’s own game to meet their Sci-Fi needs after binge watching the movie on replay. 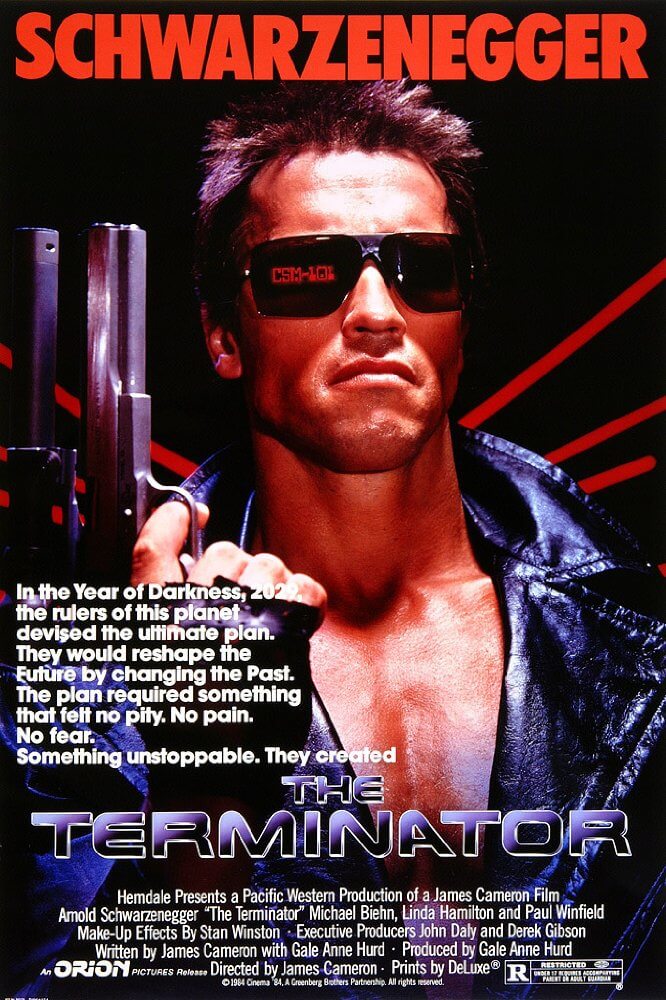 Directed and written by James Cameron, a Canadian filmmaker and deep-sea explorer, The Terminator is certainly one of the better known best science fiction movies from the 80s about a cyborg, known as a Terminator, is sent from the future on a mission to kill Sarah Connor, who must attempt escape with Kyle Reese, her rescuer, in order to save her unborn child.

Featuring Arnold Schwarzenegger, Michael Biehn and Linda Hamilton, an American Actress, The Terminator has won countless awards over the years, including the ‘Saturn Award for Best Science Fiction Film’ and has been described as “the best of the best in its genre”. Moreover, The Terminator is a sequel of five films in total, including: Terminator 2: Judgment Day (1991), Terminator 3: Rise of the Machines (2003), Terminator Salvation (2009) and Terminator Genisys (2015). 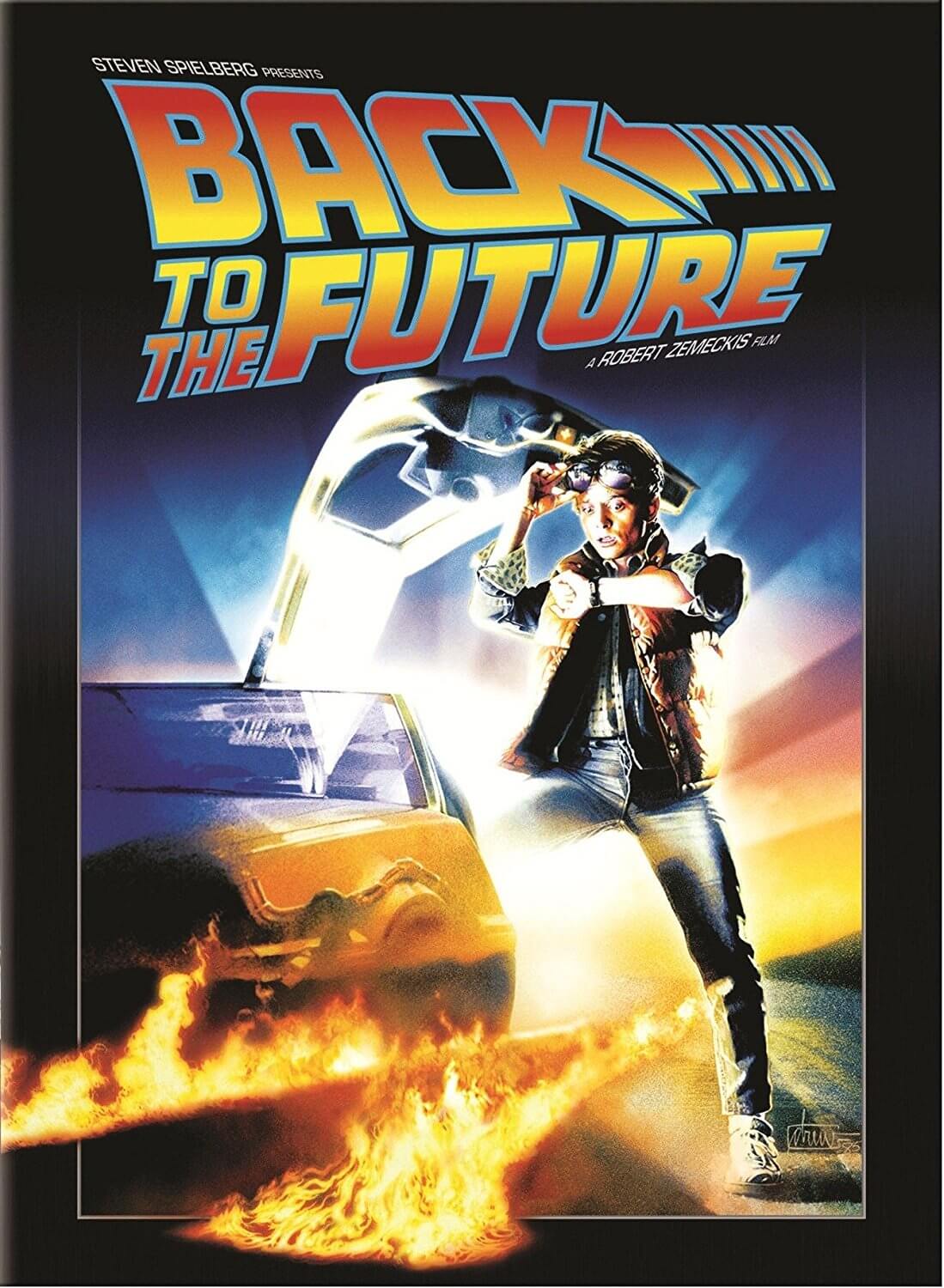 Directed and written by Robert Zemeckis, Back to the Future features a young high school student, Marty McFly, who is accidently sent thirty years into the past in the DeLorean time machine established by Doc Brown. Starring Michael J. Fox, who plays Marty, Lea Thompson and Christopher Lloyd, Back To The Future has won several awards since its release in 1985 including the ‘People’s Choice Award for Favourite Movie’ and the ‘Academy Award for Best Sound Editing’ in 1986.

Directed by Paul Michael Glaser, The Running Man is about the story of a wrongly convicted man who must attempt to survive public execution that is horrifically staged as a game show. Written by Steven E. de Souza, The Running Man stars Arnold Schwarzenegger, Yaphet Kotto and Maria Conchita Alonso who plays the role of Amber Mendez. With a runtime of 101 minutes, The Running Man is certainly a film you certainly do not want to miss if you haven’t already repeatedly watched it, and has been described as “a rollercoaster of a movie” that features “cheesy 80s brilliance”.