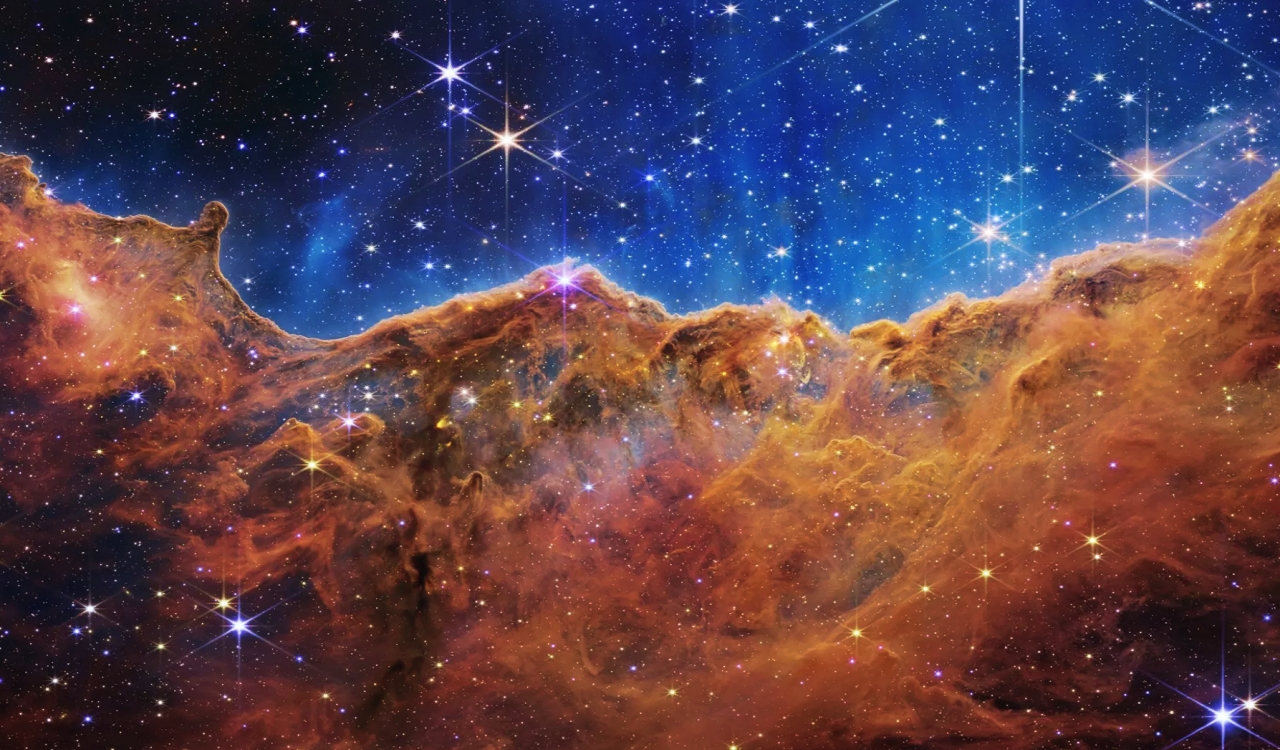 The James Webb Telescope has already been able to provide astronomers with a ton of incredible data and images. It launched in 2022, and some might have assumed it was only considered to replace other telescopes in space for a few years.

However, NASA has spent decades on this thing! It seems to have already paid off with amazing images. Speaking of images, let’s take a look at some of the best ones!

The Cartwheel Galaxy has been seen before through the Hubble Space Telescope and it was gorgeous then. However, the James Webb Telescope managed to capture it looking better than ever before. The galaxy cluster is roughly 150,000 lightyears in size. This is not exactly small, but it is actually smaller than one of our closest neighbors, the Andromeda Galaxy.

Another cool thing to note is that, while the galaxy was discovered in 1941…we only managed to find a Type II Supernova in November 2021 within it. While the galaxy gets its name honestly due to the size of the large version, there are companion galaxies nearby that are just as critical.

The James Webb Telescope has managed to collect some impressive images of galaxies. Yet the beauty it collected with Stephan’s Quintet is incredible. This is a group of five galaxies, where four of them are merging together over a long period of time. We did not actually know there were five at first though.

Stephan’s Quintet was actually the first compact galaxy cluster ever discovered when four of the galaxies were observed by Édouard Stephan in 1877. Of course, as time went on the fifth was discovered and will likely always operate outside of the other four when they merge together.

There is a filament of emission within the cluster that has always fascinated scientists. Several space telescopes have taken images of the cluster, but new data was needed. That is why it was specifically chosen as one of the first images the James Webb Telescope was set to capture.

While the name of this galaxy might not impress you, NGC 1365 is a very interesting galaxy. This is a double-barrel spiral galaxy that we all had a specific idea about initially. It looked a particular way, so when the James Webb Telescope captured this image…it was stunning for everyone.

The galaxy is about 56 million lightyears away from Earth, but it has always been one of the most interesting areas of study. The galaxy essentially has a Z-shaped halo around it, which was really pretty and prominent when captured by previous telescopes.

However, the look James Webb gathered shows this partially, but also offers far more detail than ever before. There are things here that we did not even know to look for at first, thanks to the new telescope.

This might be the most amazing image ever captured of our solar system’s largest planet. The planet Jupiter has always been amazing to view, and we have captured several images of the planet over the years. Yet many assume it is some red gas giant.

It is certainly true that it is a gas giant, but we are now seeing that detailed images from the James Webb Telescope prove it might not be as red as our Elementary School textbooks would have us believe. There is also something really amazing that Webb captured too.

Do you see the blue-looking sections at the top and bottom of the planet? That was not some sort of random lens flare or augmented add-on. Webb actually captured this image as both auroras were showing. Only making the image that much more incredible!

It should be noted that we have actually seen several images from the Carina Nebula. This is actually a nebula region within the Milky Way Galaxy, our home! It is only 8500 lightyears from Earth, so early telescopes were able to find it at first.

In fact, it was Nicolas Louis de Lacaille who first discovered it back in the 1750s. Therefore, we have known of its existence for nearly 300 years. Longer than the United States has been its own country! Inside the Carina Nebula, telescopes like Hubble took amazing shots.

However, when the James Webb Telescope got involved…we were treated to an image that makes us feel like we’re seeing Heaven. Webb took an image of a section within Carina known as “The Cosmic Cliffs.” The name makes a lot of sense when you see the image. This is part of a larger territory in Carina known as “Mystic Mountain.”