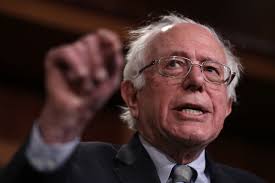 From Pete Buttigieg, 37, to Bernie Sanders who is 77 years old, the presidential election will be an interesting one because age is seen as being powerful in politics. It means you are well seasoned and have experience. Age doesn’t limit power. More political power is in your hands with more experience. However, Pete Buttigieg, 37 years old mayor of South Bend, is thought to be a strong candidate for the next presidency. You don’t have to be older to be powerful and run for office.

Sanders who is 77 years old, began his political career in 1971 as a member of the Liberty Union Party. He ran for governor of Vermont in 1972-1974 and for U.S. Senator. Will his experience in politics and universal equality for people be more favorable instead of Pete Buttigieg?

White House candidates got younger. Pete Buttigieg is 37 from South Bend, Indiana. He is a mayo. Pete Buttigieg is a renaissance man who knows many languages and is the first openly gay candidate. He has some fresh ideas and is younger compared to Bernie Sanders. However, Sanders has a lot of experience compared to the up and coming new generation candidate.

Getting older is like fine wine that ages according the statistics in politics. In 1960 a republican candidate was in his 60’s. Now, like Trump, a republican can be in their 70’s no questions asked. Could age be the new youth and symbolize maturity and experience?

John McCain is another candidate that fought for justice, he was a war hero, and a senator, but passed at the age of 81 with dignity. Age doesn’t matter if a politician projects dignity and supports rights and justice. McCain fought for the American people when Trump wanted to alter healthcare.

Trend of Ages for Politicians

Trump did not have any political experience but was well seasoned (70) with other questionable business experience. The presidential nominee’s age has risen for the last 120 years. Could this trend affect the nomination for Pete Buttigieg even though he is bringing new ideas to the table?