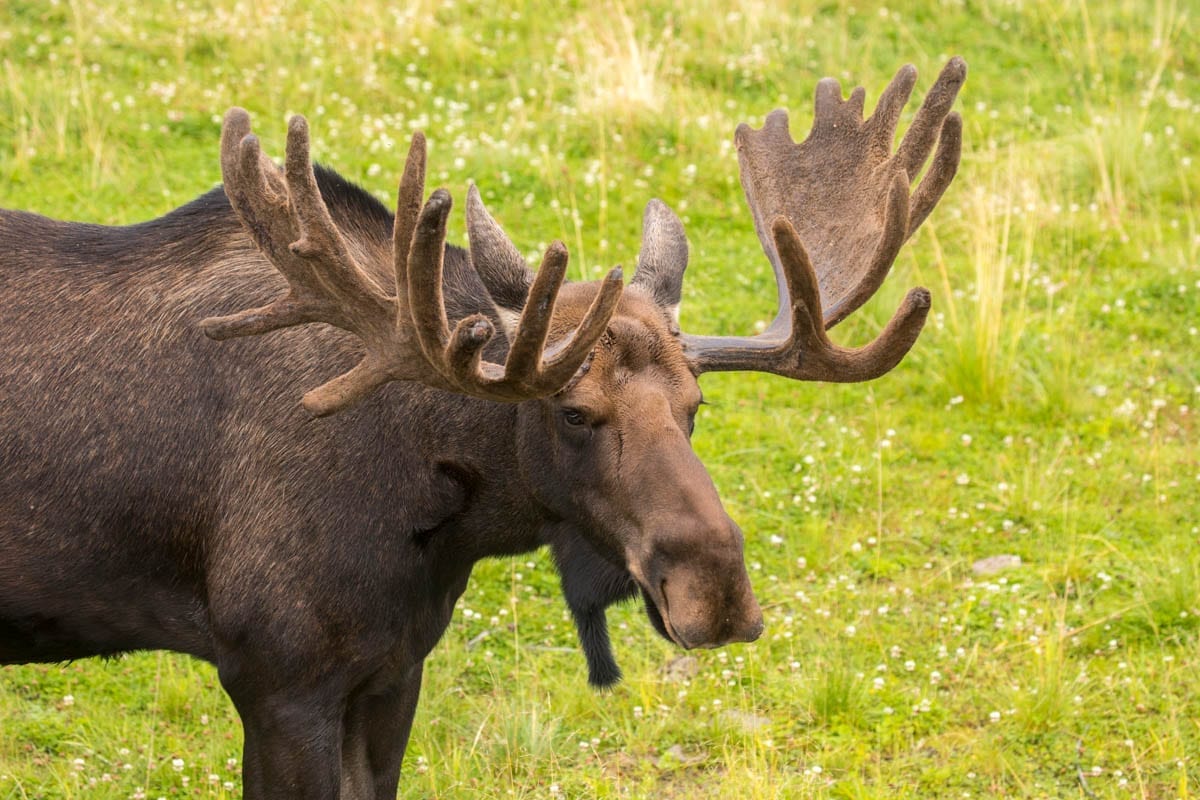 The Estonian military has the same responsibilities as any other military, namely to make sure that their country and it’s residents are kept safe. However, they don’t only care about the citizens who live there.

All Creatures Great And Small

The military is responsible for the safety of the entire country. This means everyone and everything in it. Countries aren’t only made up of people but also natural resources including the animals. This is a lesson that one Estonian soldier recently learned. 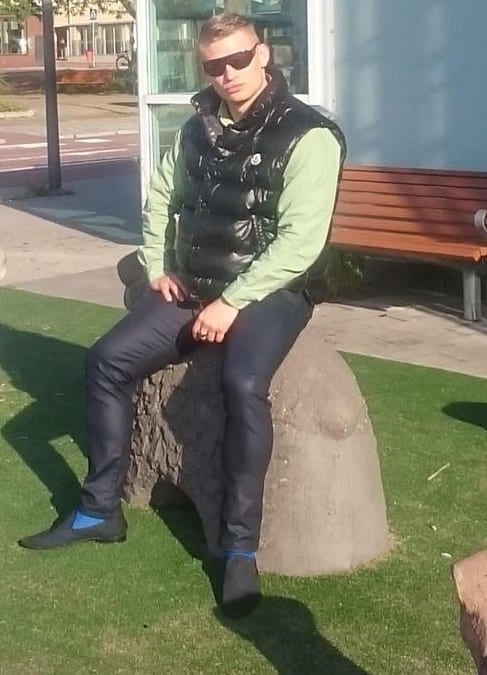 Erich Jyri Prikko and some other Estonian soldiers had a rather unexpected encounter while they were involved with military exercises around Lake Võrtsjärv. Lake Võrtsjärv is located in the southern part of Estonia. 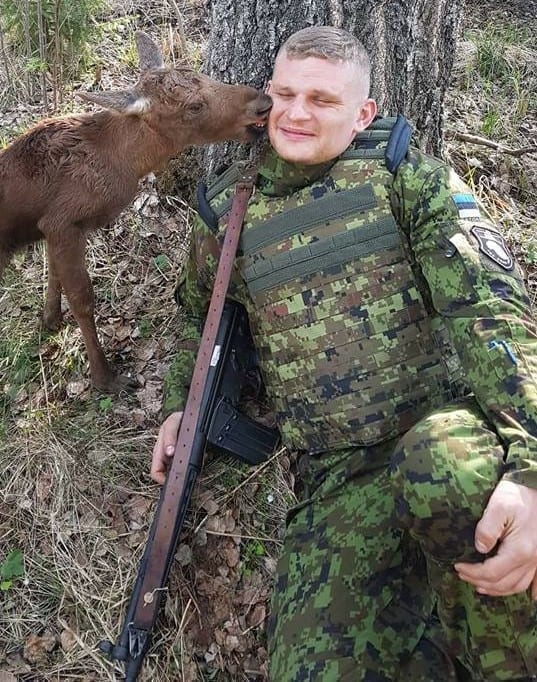 During their exercises in the forest, Prikko needed to go to the bathroom. He wandered off to answer the call of nature when he came across something unexpected. It seemed that nature was calling him that day instead.

Call Of The Wild 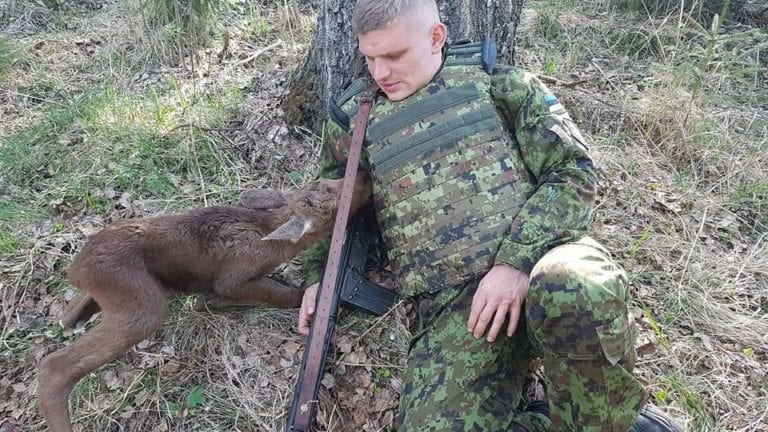 As Prikko wandered off into the woods became aware of some cries from a nearby creature. It was clear that the animal was in distress. The cries sounded like a cat or a baby but then a creature emerged from the woods. At first, he thought it was a dog. 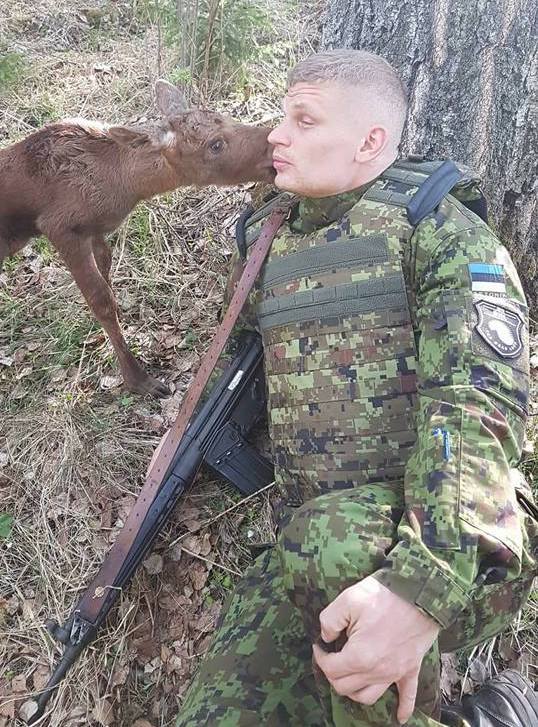 “I heard some funny voices that reminded me a cat or a small baby,” Prikko said. “I noticed some kind of a cute animal walking towards me. At first, he reminded me a dog, but pretty quickly I realized it was a small baby moose trying to tell me something.” 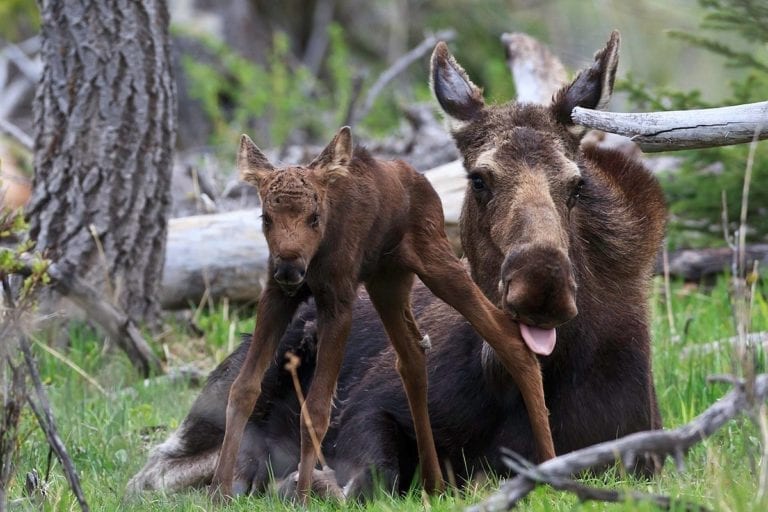 As the creature drew closer he realized that it wasn’t a dog at all. As the tiny figure emerged from the woods, it all became clear. “Pretty quickly I realized it was a small baby moose trying to tell me something,” Prikko recalled. 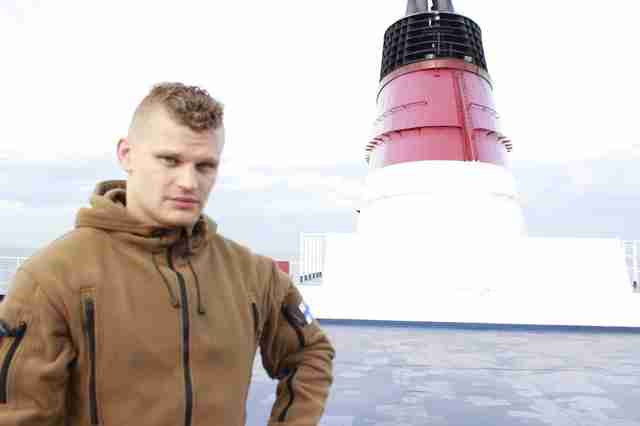 The calf was alone. Pikko didn’t want to scare or upset the animal so slowly sat down. He hoped that doing so would not only prevent the calf from getting scared but also that it would go back to its mother. 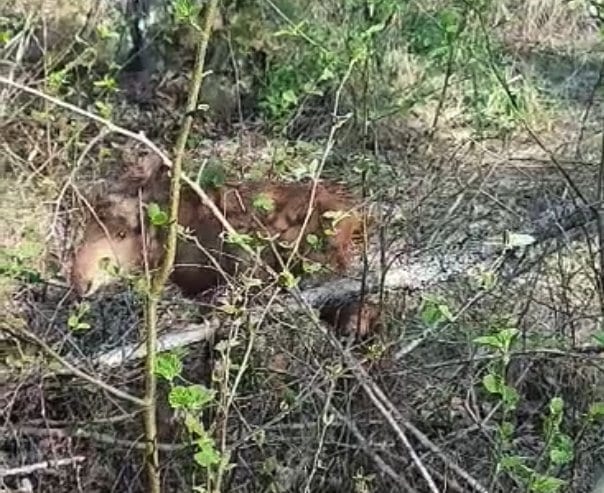 The baby moose came out of the bushes and then stopped. It stood there for a moment sizing him up. After a few moments, it decided that Prikko didn’t appear to be a threat and approached him. It came closed and started to nuzzle him, seemingly trying to drink from him. 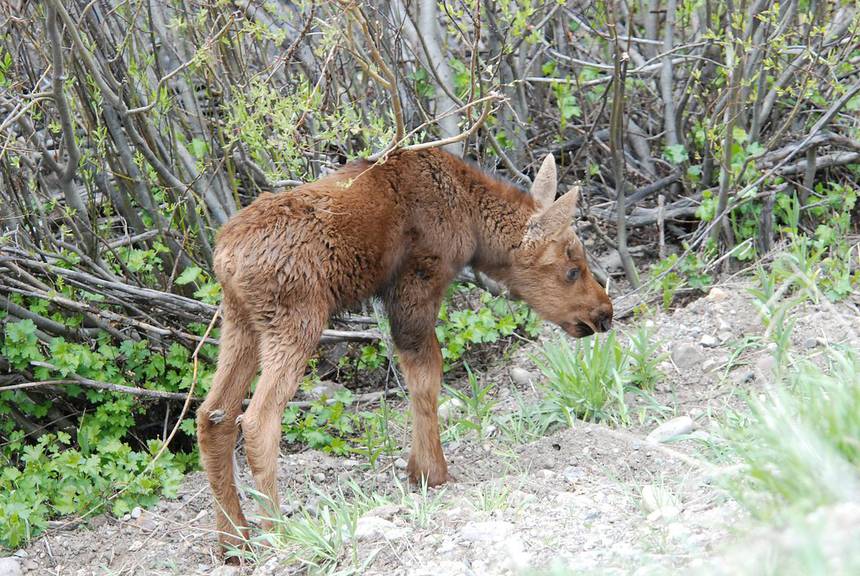 Prikko finally understood what was happening. The poor animal was hungry. Unfortunately, Prikko had no way of feeding the animal. After a brief search proved the mother wasn’t there, Prikko called a local vet for advice and help. 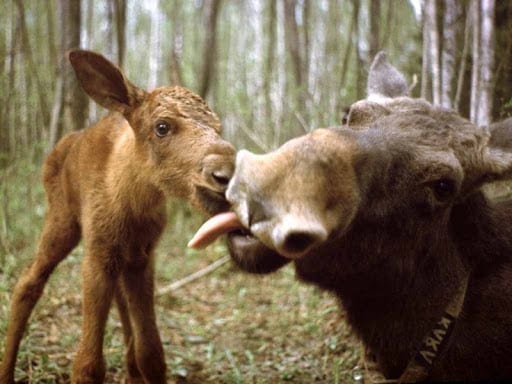 It is a natural instinct for us to want to care for a baby, regardless of what species they are. This is because they are innocent and vulnerable and this automatically kicks out maternal or paternal instincts into high gear. When he spoke to the vet, Prikko was told that he should take the calf back to where he found it and to make sure that the area is as undisturbed as possible in case the mother returned. However, in the meantime, the vet promised to send help. It wasn’t long before the vet sent someone out with a bottle of milk to feed the baby moose. However, they knew that the best thing to do would be to leave the calf. If they left the calf, the mother might return. However, would the gamble pay off? 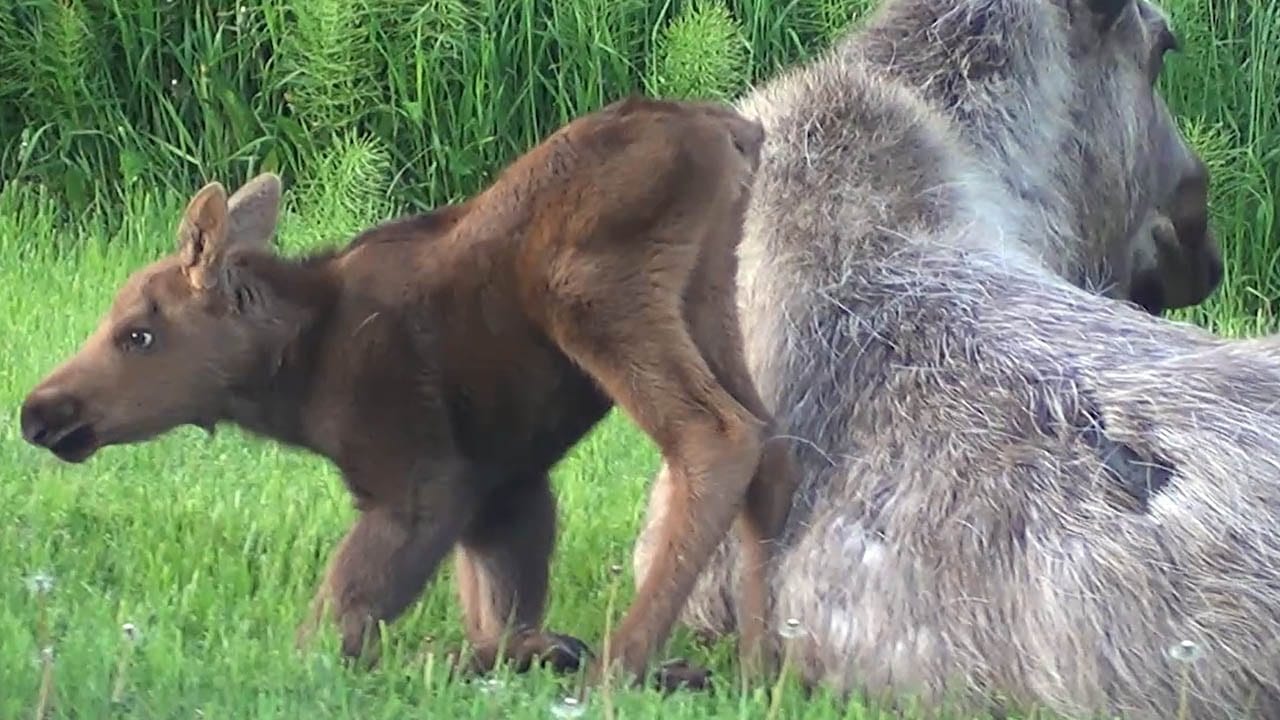 Prikko stayed close to the area that night. In the middle of the night, the group heard a moose call. The next morning they went back to check the area where they had left the baby and found it was gone. “We noticed very fresh big moose footprints that indicated that the small calf had been rescued by his mother,” Prikko explained. 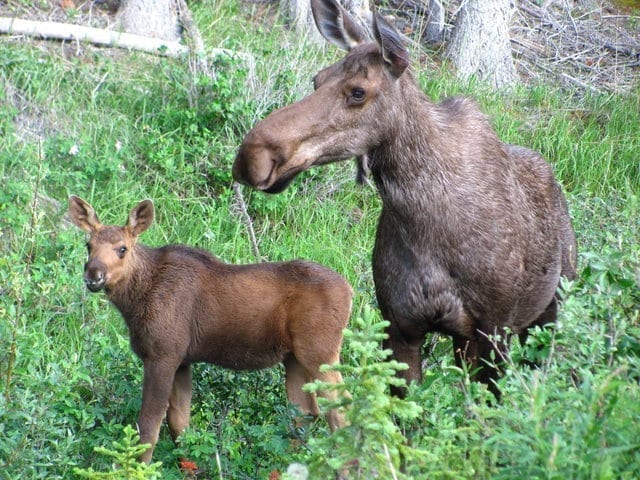 Prikko doesn’t consider this unnecessary. As far as he is concerned, he is responsible for all the creatures in his country. “I wanted the calf’s mother to find him and I was very satisfied when we found out that they really found each other.”