A man fell in love with a three-year-old pit bull named Merrill when he went into San Francisco’s Rocket Dog Rescue in search of a dog to adopt, but the shelter ran into an unexpected problem.

When it was time for the man to come and pick her up, Merrill would not leave her best friend behind. 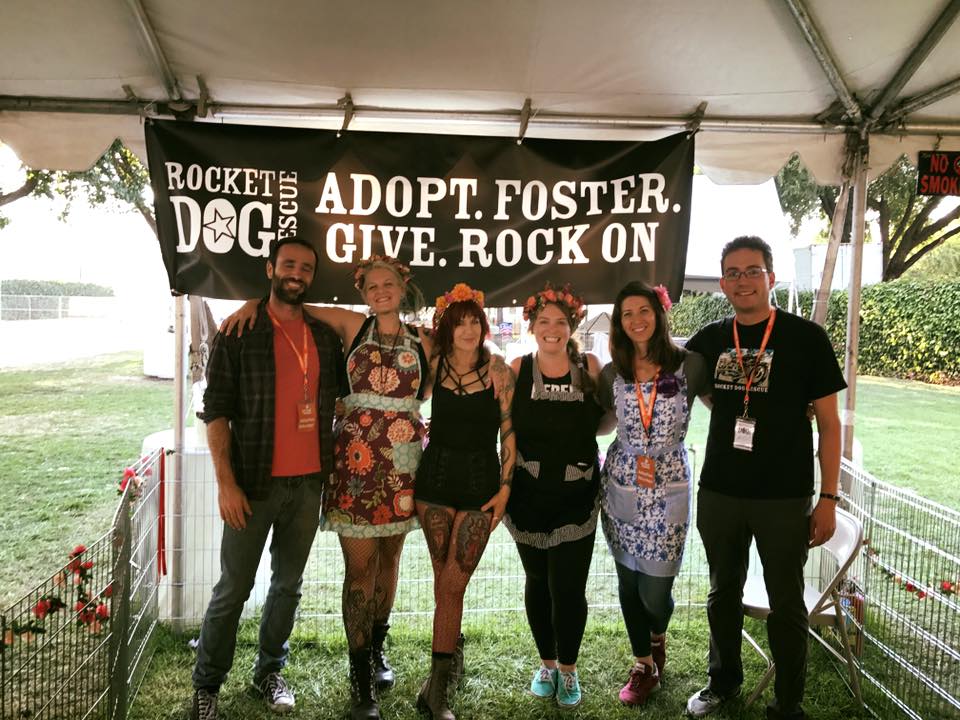 In 2014, Rocket Dog Rescue received a sick pit bull and a senior Chihuahua who were adamant about staying together.

The volunteer-based shelter is dedicated to saving unwanted and abused dogs, and they regularly took in dogs that had a hard time getting adopted. Their ultimate goal is to prevent dogs from being euthanized. 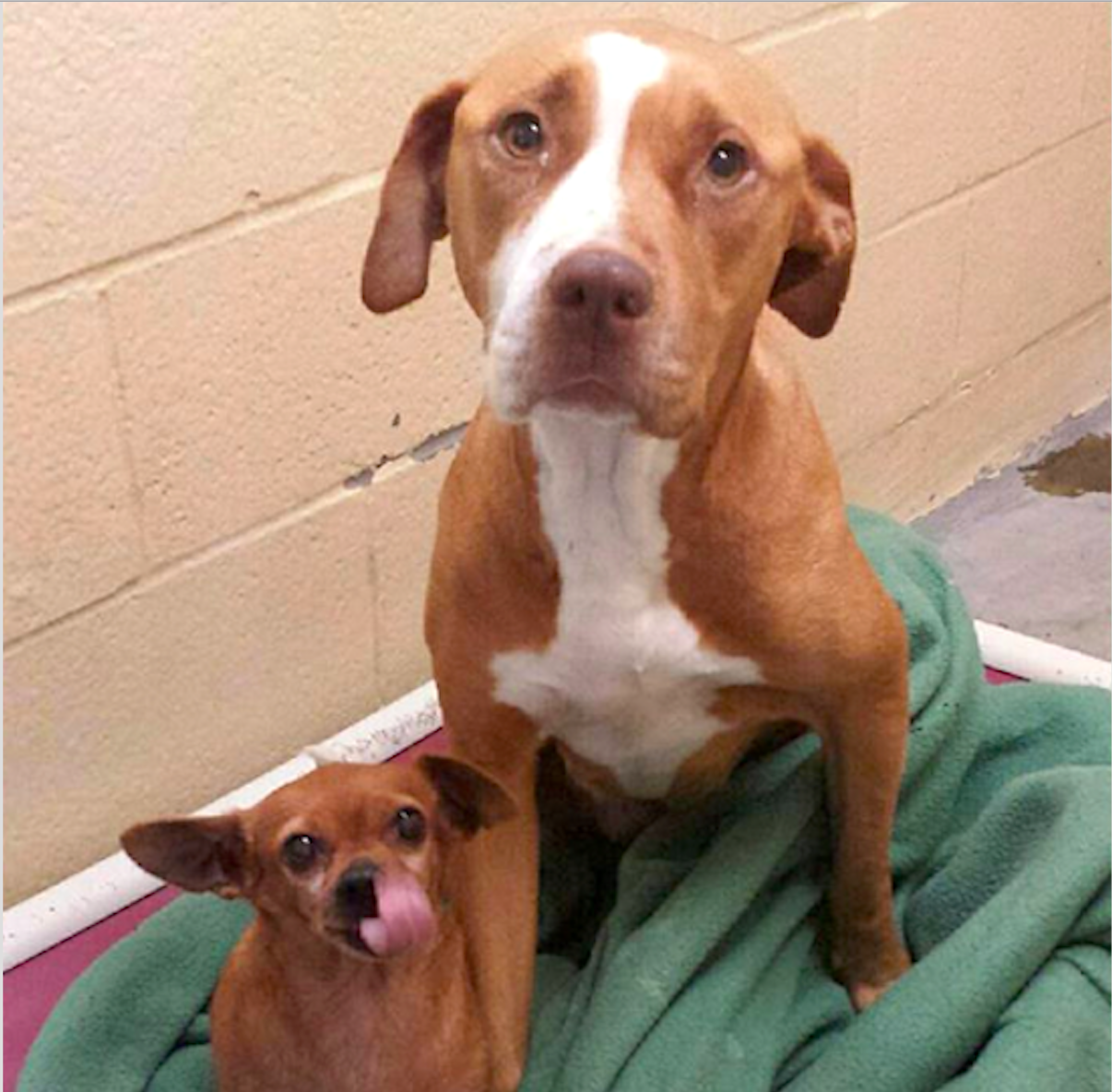 Merrill and Taco, an eight-year-old Chihuahua, were surrendered and went to Rocket Dog Rescue together. Although little was known about their previous owners, one thing was clear: the pair of dogs were the best of friends.

Every time they were separated, they would cry. All of their time was spent together. Then, one day, the shelter staff got an insight as to just how strong their bond was. 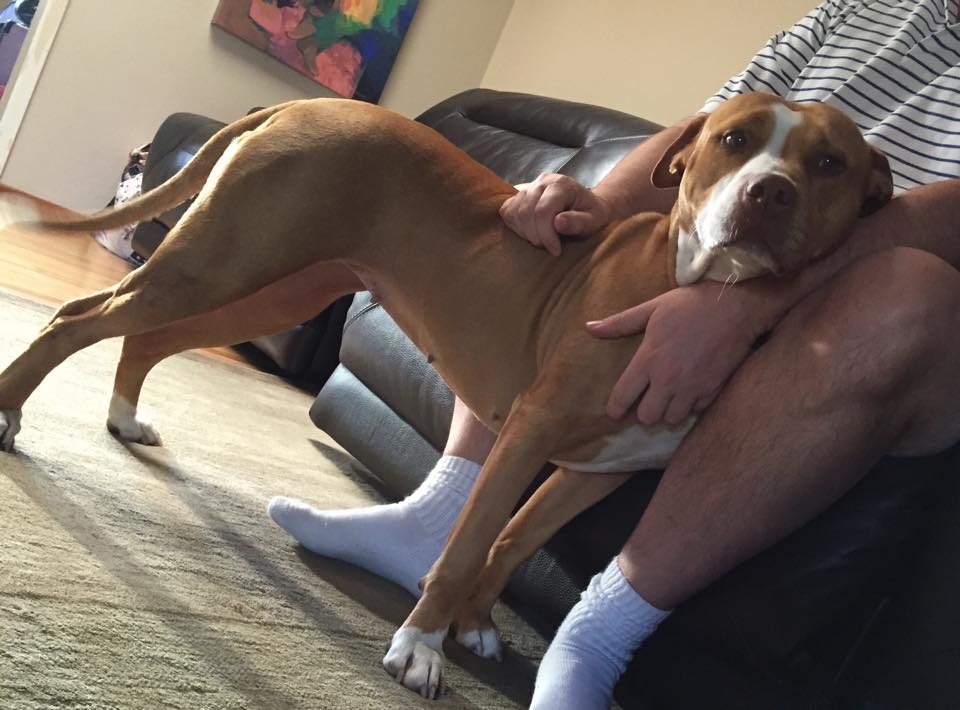 Merrill was suffering from a severe uterine tract infection when the pair was surrendered, and she had to undergo surgery to save her life. Taco was restless and distraught for the entire time she was in the operating room.

When the surgery was over and Merrill was finally released, staff had an extremely hard time isolating her. But she needed to be isolated so that she could heal faster. 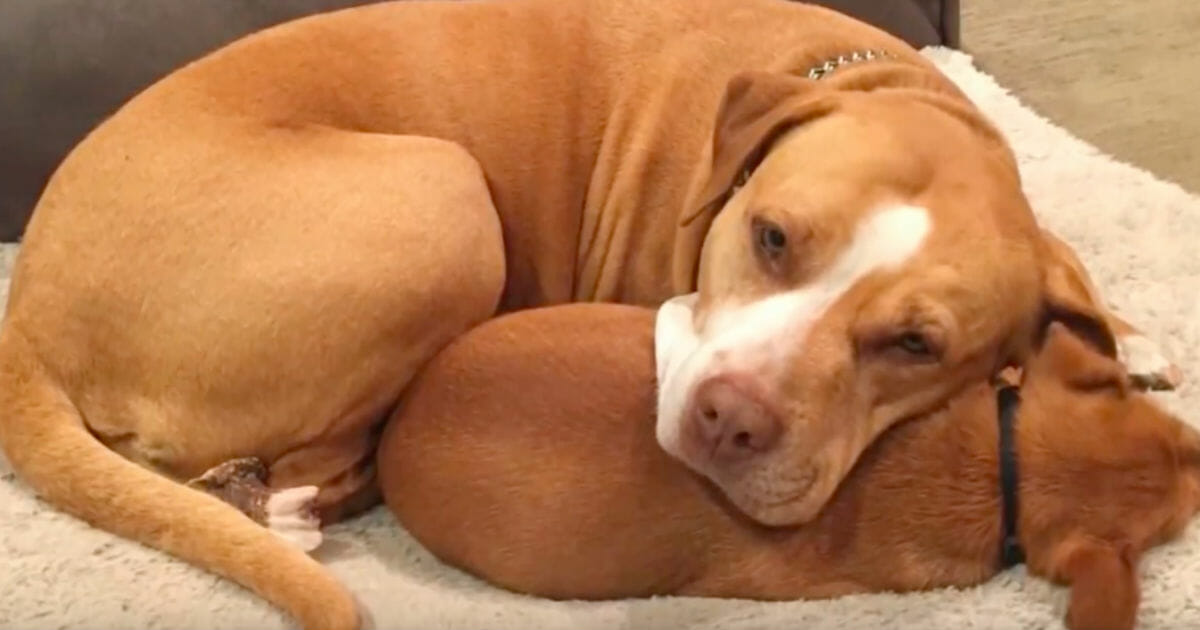 The staff was amazed by the commitment these two dogs had to each other. Both Merrill and Taco had cried until Taco was allowed to be brought into the recovery area with Merrill. Taco was attentive and dedicated to Merrill for the duration of her stay in recovery.

After that, the little Chihuahua didn’t leave his best friend’s side. But the staff members at the shelter were concerned that this might be ultimately detrimental to the two dogs.

Giving Them A Chance 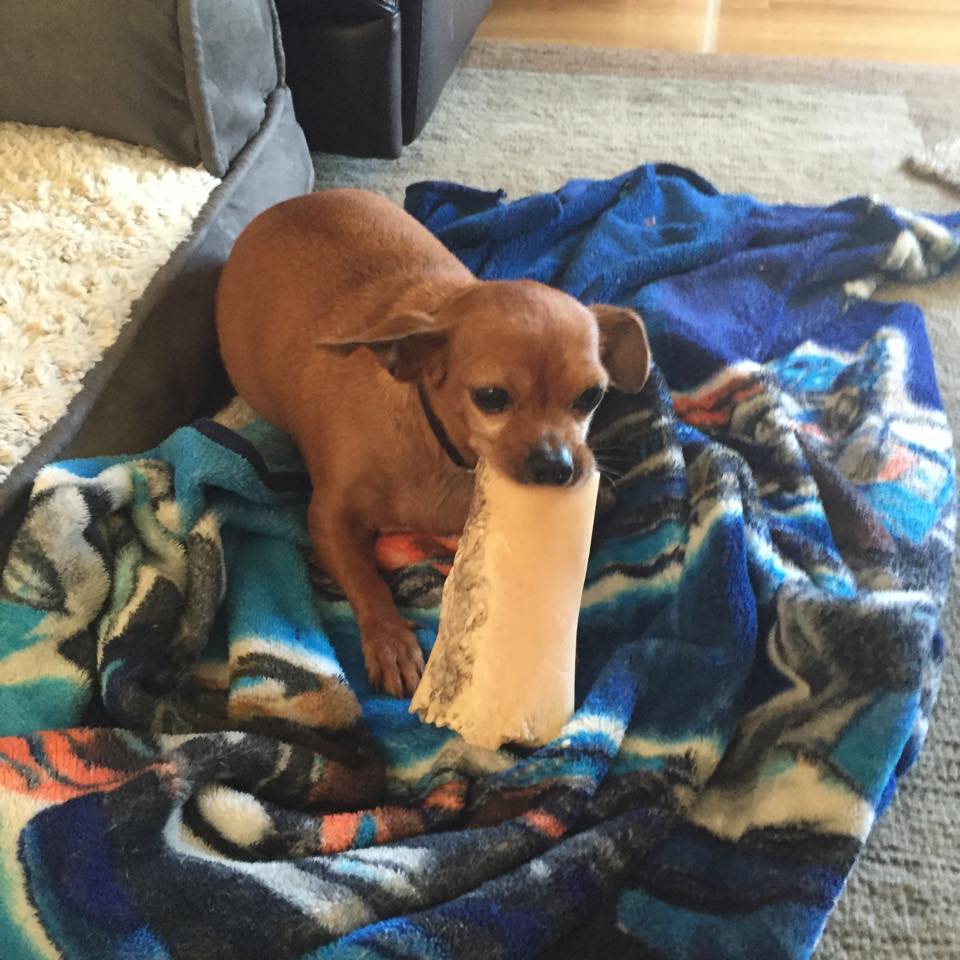 The shelter knew that bonded pairs of dogs are more difficult to adopt out from past experience. Many people aren’t ready to adopt two dogs at the same time.

So they decided to list Merrill and Taco separately on their website and hoped to find separate homes for each of them. Senior dogs are also harder to find homes for, so there was little interest in Taco. Merrill, on the other hand, was a different story. 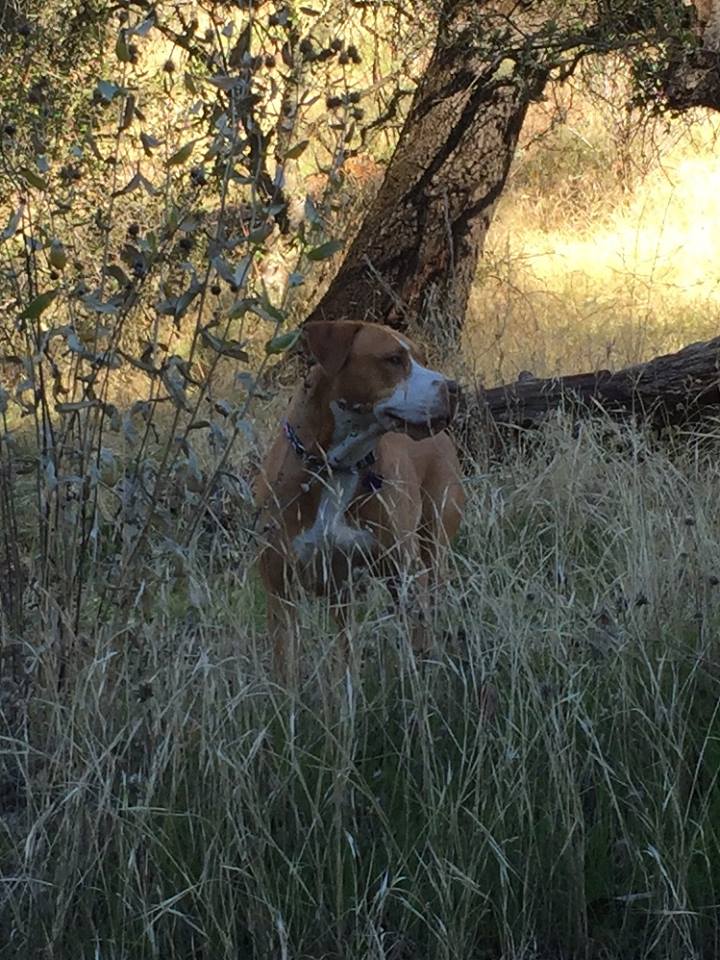 As soon as a man came into the shelter one day looking to adopt a dog, he saw Merrill and decided that she was the one. He completed all the Rocket Dog Rescue paperwork, and then the day finally came for him to pick her up.

Merrill was led out of her cage, and Taco was left inside. She began howling and howling, and she would not stop. The man had no idea what was really going on. The staff at the shelter then told the man the story of Taco and Merrill, and how they were best friends and could not be separated. The man then understood, and he realized that it was best for them to stay together.

Unfortunately, he could not adopt both Merrill and Taco, so he decided to adopt a different dog instead. That was when the shelter knew they had to change their strategy. 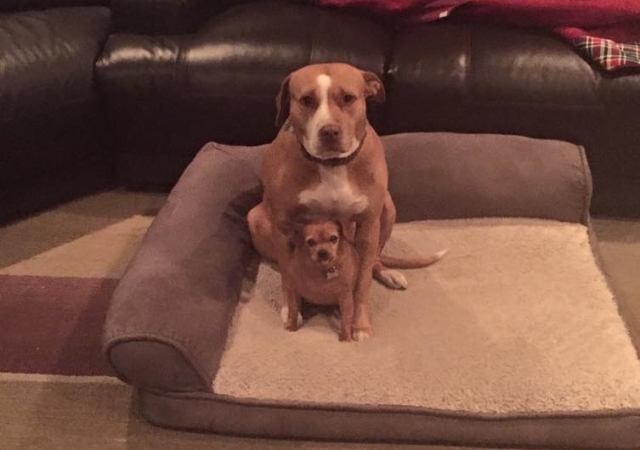 Rocket Dog Rescue staff had come to the conclusion that it was best for Merrill and Taco to stay together.

So they changed the listing on their website, and a wonderful volunteer named Jodi fostered them while the pair waited for a forever home. It wasn’t long before the perfect opportunity came along and knocked at the door. 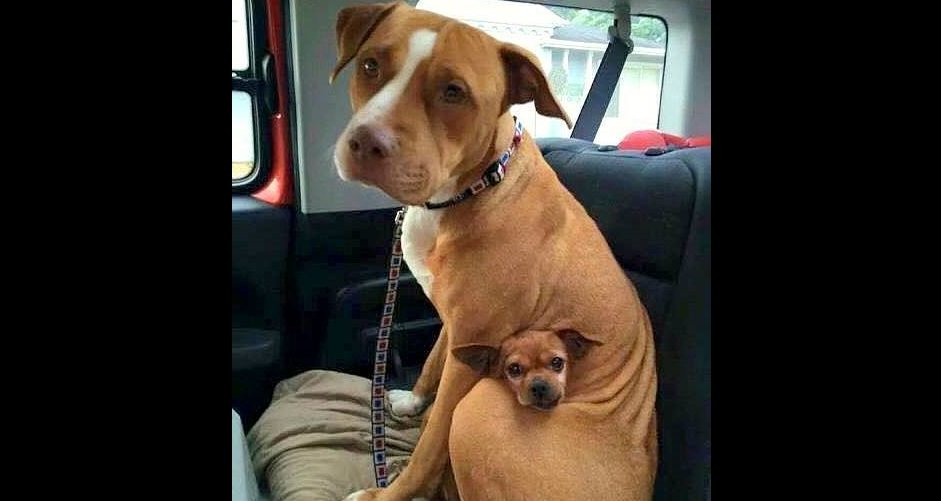 A family from San Jose fell in love with Merrill and Taco’s story when they saw the listing on the shelter’s website. They arranged a visit with Jodi to meet the two dogs, and then decided that they wanted to make them a part of their family.

When it came time for Taco and Merrill to go to their new home, they were thrilled to be going together. But it was not a happy ending… yet. Taco suffered from asthma and dental disease, as most senior dogs do, and he had only 4 teeth. These health issues appeared at first to be minor problems until his new family took him to the vet a month after he and Merrill were adopted.

Then the family got the news, and the outlook did not look good. 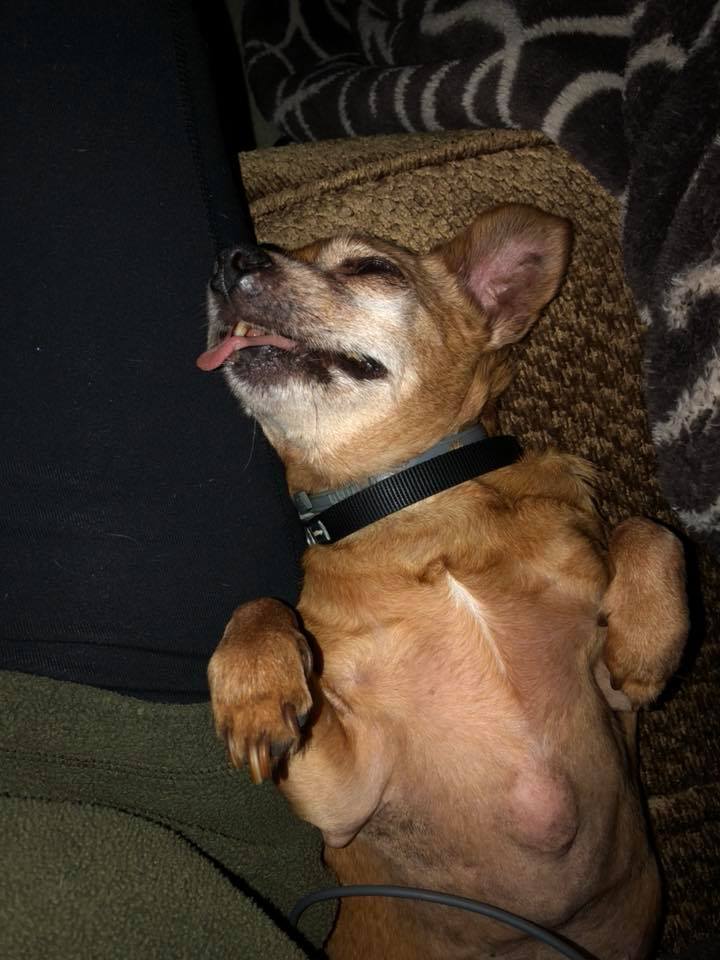 Unless something was done soon, Taco would suffer impending heart failure. The medical evaluation had found that Taco’s heart was enlarged and there was fluid surrounding his lungs.

A specialist visit was scheduled, and he was immediately put on medication. The family braced for the worst, but tried to hope for the best.

Hoping For The Best 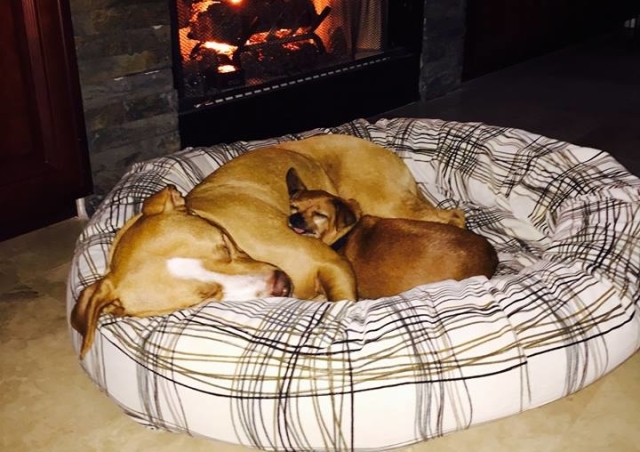 Despite being on medication, Taco’s owners knew that his advanced age meant he might not recover. The family gave him a fighting chance anyway, and gave him lots of love and attention. Merrill also rallied to Taco’s side and didn’t leave her best friend for a minute.

Then, incredibly, Taco’s condition seemed to begin to improve. 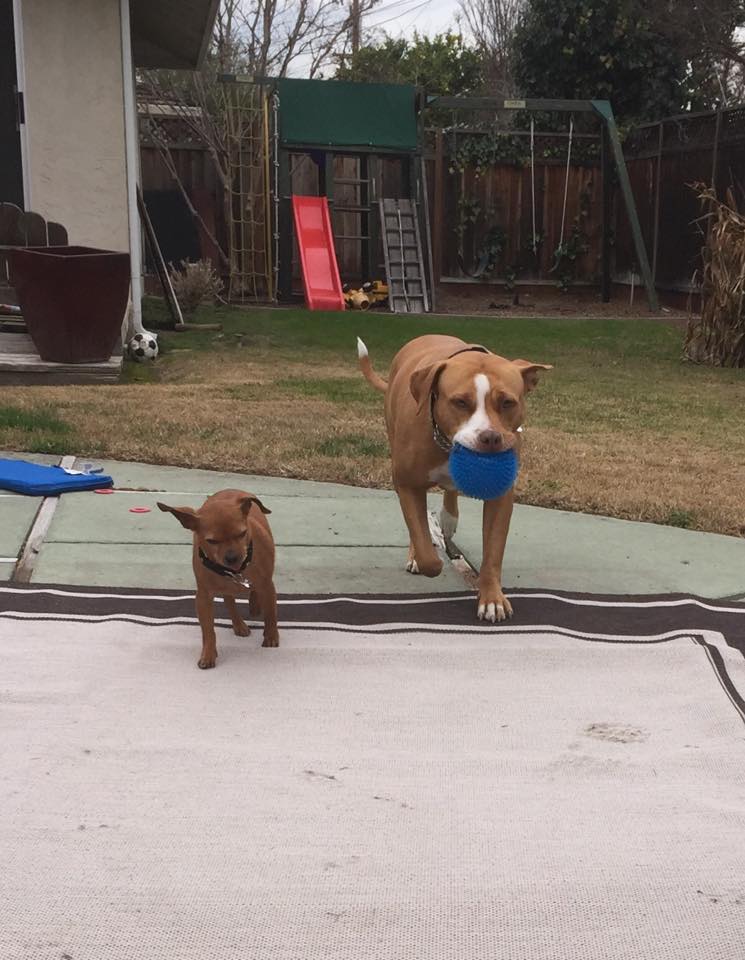 Taco’s condition has since stabilized and his heart is no longer at risk. He has to take several medications for life, including anti-seizure drugs and steroids for his lungs.

He still has respiratory issues, but that doesn’t seem to stop the little Chihuahua from having fun with his human siblings, and his best friend Merrill. Merrill loves running and rolling on the grass in the family’s yard. Being a young adult means that she is extremely energetic and active. Taco finds other ways to join in on the fun, even though he can’t quite keep up with her.

Taco carried to wherever Merrill is playing by the family’s children. Most of all, he and Merrill love spending every single day and night together and knowing that they will never be separated again.